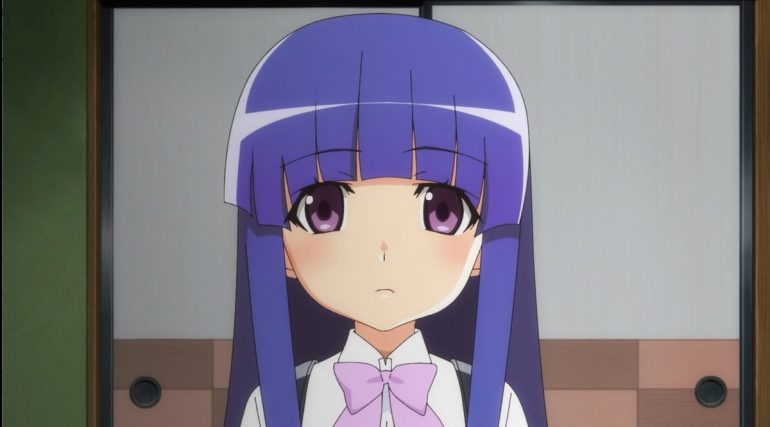 Higurashi: When They Cry – Gou Episode 15 Updates and Recap

From the previous episode of Higurashi: When They Cry – GOU, after a failure of an uprising, Keichi met with Satoka, who opens her heart about how uncle Teppei treated her. Keichi comforts her, and they decide to go to her home together. It was in the evening the two enters a dark room. When Keichi tries to switch on the light, he got hit by a baseball bat at the back of his head. The blood started to spray all over the house, and when he looks up, he finds that it is uncle Teppei.

Teppei said that Keichi would pay for messing up with him. Keichi realizes that if he doesn’t fight back, it is over for him. Keichi spears Teppei and takes him to the ground, and manages to take the baseball bat. He started to beat Teppei until he falls unconscious. Due to loss of blood, Teppei falls down in a pool of blood, and Keichi also collapses. Satoko was just nearby crying since she is just a small girl.

Higurashi: When They Cry – GOU Episode 15 Release Date and Recap

Higurashi: When They Cry – Gou Episode 15 will be released on Friday, 15 January 2021, at 12:30 AM JST. Watch out for the spoilers of the recent development when you proceed. Watch this Anime officially on Funimation, Netflix, and AnimeLab. Note that in some country this anime is released on Thursday, so make sure you won’t miss updates.

The next day Keichi wakes up in the hospital and explains what has happened. All thanks to his powers that help him revive when he dies all the time. This is for the second time when Keichi survives from death due to Hinamizawa’s spirit. Before the incident, Keichi has also fought a bloody death battle with Rena, and they both passed away and got reincarnated by the Hinamizawa’s spirit. That changed the life of Rena, who became  Keichi’sbest friend.

The battle between Teppei and Keich took place during the Hinamizawa’s festival. Earlier, when the two are clashing, other students were on the festival thinking that Keichi and Satoko are just spending time alone. When the festival is about to end, detective Oishi shows up being passed by Oyashiro’s curse. He confronts Reka telling her that he has solved the mystery. Oishi grabs Reka back her neck with the aim of killing her.

The old man from the village started to break the two, but he started to kill them using his gun. Oishi reveals that he knows the truth behind Oyashiro’s curse, and Reka, on a neck choke, is trying to free herself. Due to the power of the curse, Oishi said that Reka is the one behind all those mysterious deaths. Oishi started rampaging, killing hundreds of villagers in a single hit. Reka decided that there is no time to argue; she has to stop everything.

Mion shows up trying to destruct Oishi, saying that she is the next head of the Sonozaki family she will listen to him. Oishi looks back, and Sion jumps in, pushing Oishi and free Reka. Mion witnessed her elder sister getting killed in front of her as she was trying to save Reka. Oishi killed Shion by stomping on her chest and then shots her. When Mion tries to fight back, she got shot on her forehead and died instantly.

Oishi grabs Rika by her long hard, asking her to tell him the truth, and Rika is just shocked. She asks herself why a beautiful world has to end like this, and Oishi points a gun at the side of her head. Realizing that many lives have been lost, Reka said that she wouldn’t reveal the truth behind the curse. She swears that Oishi will die without knowing anything. Oishi took a bat and started to beat Rika, telling her to talk, and Rika wakes up in another world.

Reka fixed everything there and went back to the real world and find that everything is fine. The next day in the morning, she went to the kitchen and told Satoko everything that has happened. Later the students reunite again with Keichi. They play hide and seek, and the world is back again in peace, and Sakoto’s issues have been resolved. Rika suggests she is going to hide, and if they don’t find her, she will go home by herself.

They both enjoy playing the game, and they have trouble finding Rika. She is an expert in hiding, and they look for her until sundown, and Keichi started to wonder what is happening. He realizes that Rika told her that they wouldn’t be able to find her. Satoko reveals that Rika has been acting strange ever since in the morning, and something might be troubling her.

Mion, Rena, Satoko, and Keichi said that they wouldn’t give up on her they will look for her until they find her. They end up covering the old ruins that she is hiding inside. They yell that it is game over for her and she must come out right now. Rika heard everything when she is inside, but she was crying about something. The truth will be revealed in cat deceiving part 2 next week.