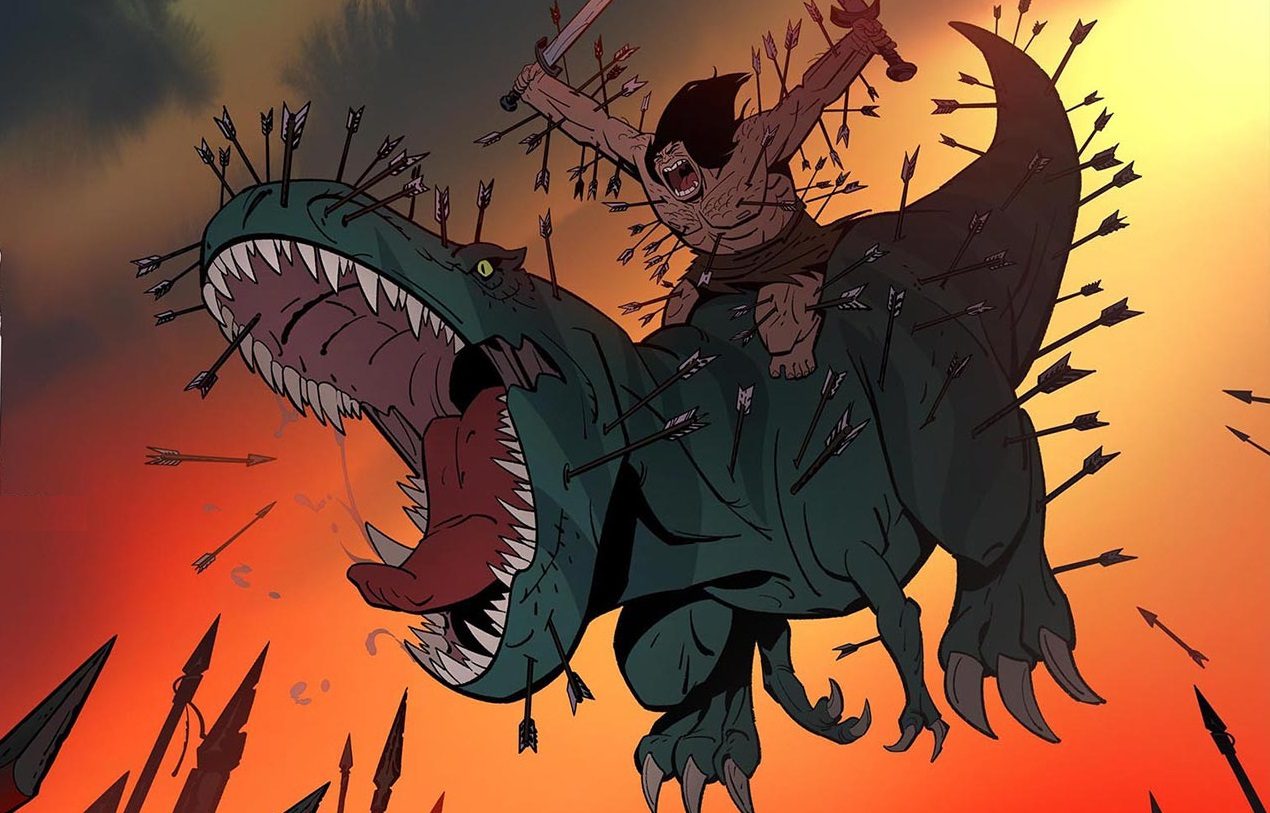 The upcoming animated story is the second season of Primal. Its first season received mostly positive reviews from the viewers and critics. It also won various prestigious awards and nominations, including winning the Primetime Emmy Award for Outstanding Animated Program, 3 Primetime Emmy Awards for Outstanding Individual Achievement in Animation, Saturn Award for Best Animation Series on Television, Annie Award for Best General Audience Animated Television/Media Production, and Outstanding Achievement for Directing in an Animated Television/Media Production. The show has a wonderful rating of 8.7 out of 10 as per IMDb.

Do you like watching animated movies? If yes, then you might be very curious to know every single thing about Primal. What is the series about? Where To Watch Primal Season 2? Who are the characters in the show? Who are the movie makers and the contributors? What is the basic premise of this series? When did the first installment premiere? This blog has the answers to all these questions. This page also contains the other details and facts about the show that you need to know.

Where To Watch Primal Season 2?

People eagerly awaited the new episodes of their favorite animated show, Primal. Now, finally, the second installment of the series is very soon about to hit our screens. The trailer for this new season is already out. The new episodes of the show will premiere on 22nd July 2022 i.e., on Thursday. Reportedly, like most of the other series of Adult Swim, it will also stream its episodes at midnight on the original network. For those, who won’t be able to watch it there, the episodes will stream on HBO Max the next day. 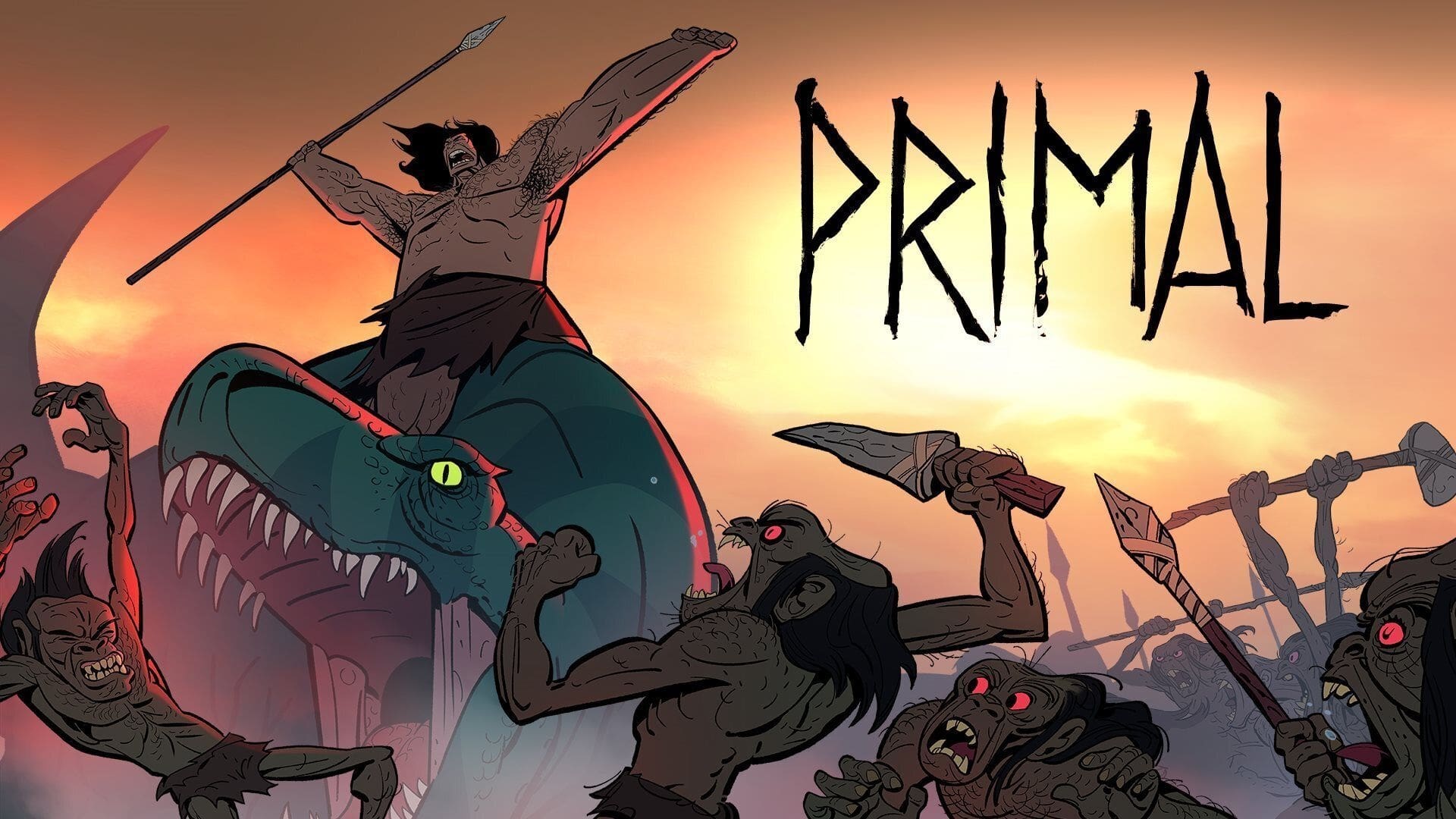 Primal Season 2 will premiere on Adult Swin on 21st July and will be available on HBO Max on 22nd July this year. The first season of the show was released in two halves, but we are not yet sure about the latest one that how many episodes will stream on its first premiere. It is confirmed that the season will have an equal number of episodes as the first one.

All about the TV series

The famous TV series, Primal, is also called Genndy Tartakovsky’s Primal. It is an American adult animated fantasy thriller action-adventure horror drama TV series in the English language. The creator, as well as the director of this fantastic animated film, is Genndy Tartakovsy. Studio La Cachette is the animator, and Shareena Carlson is the producer of Primal. Cartoon Network Studios and Williams Street are the production companies involved, and Warner Bros. Television Distribution is the show’s distributor.

The first season of this series had ten episodes which premiered on 8th October 2019, with each of its episodes having a running time of around 22 minutes. The last episode of the show aired on 1st November 2020, and now the second installment of the series is on its way. It was created for the late-night programming block Adult Swim on Cartoon Network. The show has the voice of Aaron LaPlante.

This show is not like other series or films with multiple characters. It has just two main protagonists instead. The main characters of Primal are Spear and Fang. Spear is a Neanderthal caveman who faces loads of tragedies in the episodes, and Fang is a female Tyrannosaurus with a similar adventurous life as Spear. The other characters in the show are Spear’s family members. 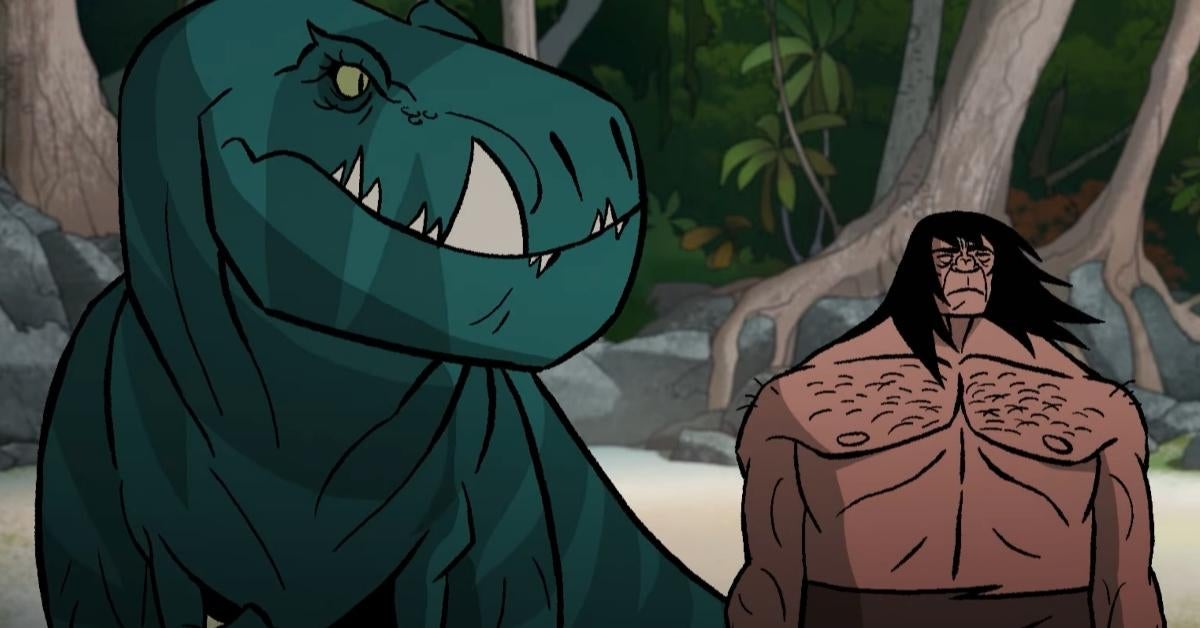 A scene from the TV series, Primal

The Premise of Primal

This show is set in a prehistoric world where dinosaurs and cavemen used to exist. The storyline of this animated show revolves around two characters. Those two characters are Swear and Fang, i.e, a Neanderthal and a Tyrannosaurus. The plot follows the struggle they face to survive after various tragedies happen in their lives. They encounter many dangerous animals and people living in their world. Watch the show to know how a caveman and a dinosaur work together to survive their unfair lives. According to where the first season left the story, the two main protagonists of our show might be witnessed finding Mira in this new season.