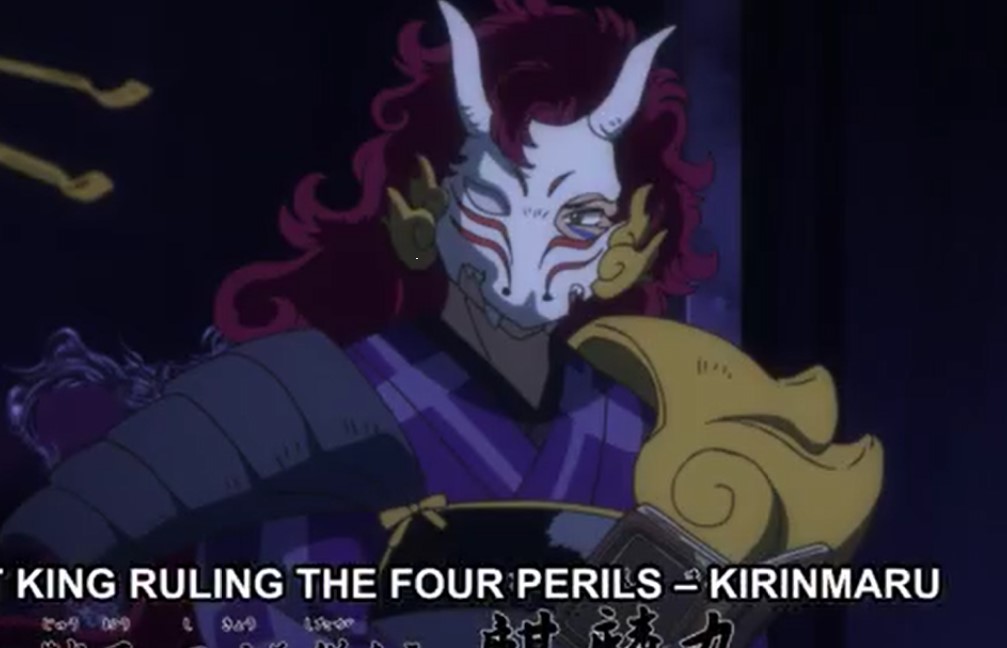 Lord Riku visited the corpse dealer Jyubei who is returning something to him. Riku accepted the green Peral. Jyubei reveals that the Rainbow Pearl has gotten him more bounties. It also allowed him to make big profits, and Riku is planning to make his moves. Riku went to the dungeon to meet with one of the four Perils-Konto. Konto was drawing a spell using his sword. When Riku arrives, he told him no to step on top of his spell.

Riku started teasing Konto that the Half-Demon Princesses keep defeating Konto, and he barely lifted a finger. He asks Konto if he is fine suffering, defeats all the time, and Konto laughs at Riku. Konto comment that he is preparing an eight field escape trap based on Fang magic. But he cannot decide on the keystone since it’s an affixed focal point for power. Konto asks Riku if he wants to be it and Riku disagrees, saying he is not strong enough for the task.

Yashahime: Princess Half-Demon Episode 18 will be released on Saturday, 6 February 2020, at 5:30 PM JST. Keep in mind that the new episode of this Anime will be released every Saturday. Watch out for them when you continue. You can watch this Anime officially on Crunchyroll, Funimation, and Netflix. Let us move to the recap of this Anime and preview below. 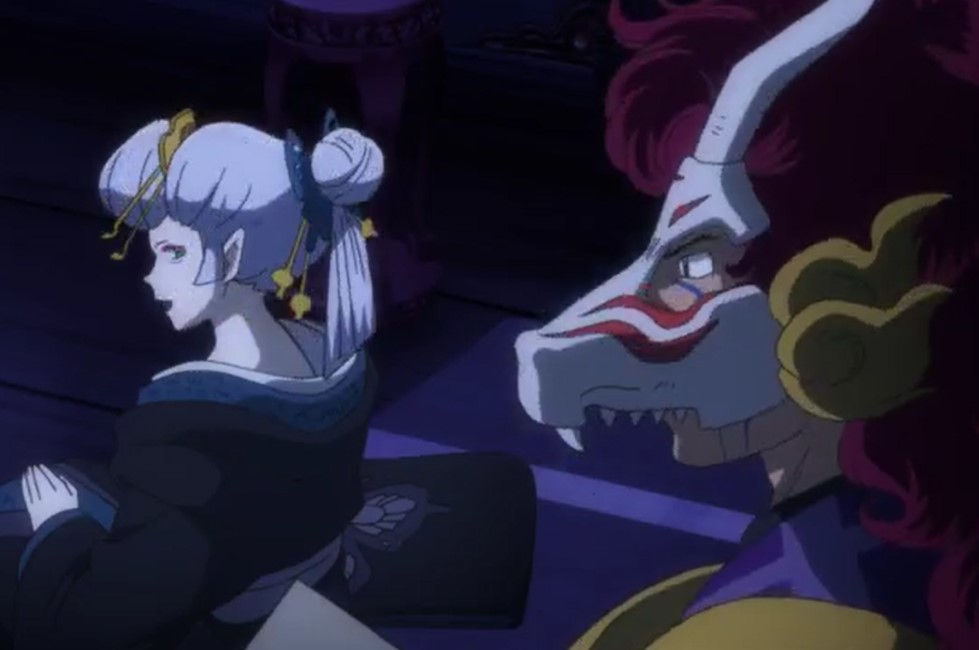 Riku comments that it will be best if Konto can fulfill the role by himself. Konto replies that it is not easy since he needs to control the field. Riku suggests that he can try to ask mister Totetsu. Konto comment that Totesu is a glutton, and Riku said that Totestu and Konto are only the remaining Four Perils of Lord Kirinmaru. He suggests that they can just try to work things out and work together for once. Konto replies that he is not aware of the whereabouts of Totetsu.

Riku said that everything is in his hand he will bring Totestu to Konto. Konto replies that he can get the Half-Demon Princess instead of Totetsu. The field is useless unless someone lures the Princess in. Riku said he would all make a plan for that to work. Kirnmaru’s wish is for the Rainbow Pearls to be stolen from the Half-Demon Princesses. He told Konto not to forget about that wish. Konto thinks it will be good for Totetsu to be a keystone.

Meanwhile, Towa and Setsuna want to visit Mount Musubi. They ask an old geezer from the mountain about it. The old geezer shows the Mount Omusubi and said he has never heard of Mount Musubi. Setsuna comments that it might be misunderstandings, but Towa is worried about catching the Dream Butterfly. Setsuna suggests that they should head back. While mysterious, beautiful demon Zero visited Lord Kirinmaru

She reveals that two of the Four Perils have been defeated and asks if Kirinmaru will do anything about it. Zero also said that he was supposed to kill Sesshomaru’s’ daughters for her. Kirinmaru comments that Riku is on the move, and Zero asks if he is leaving it to Riku. Kirinmaru said Riku is his most trusted retainer, and it will be fine. While Moroha is tired of doing chores and she wants a bounty hunting job. Jyubei told her that what she has to do today. 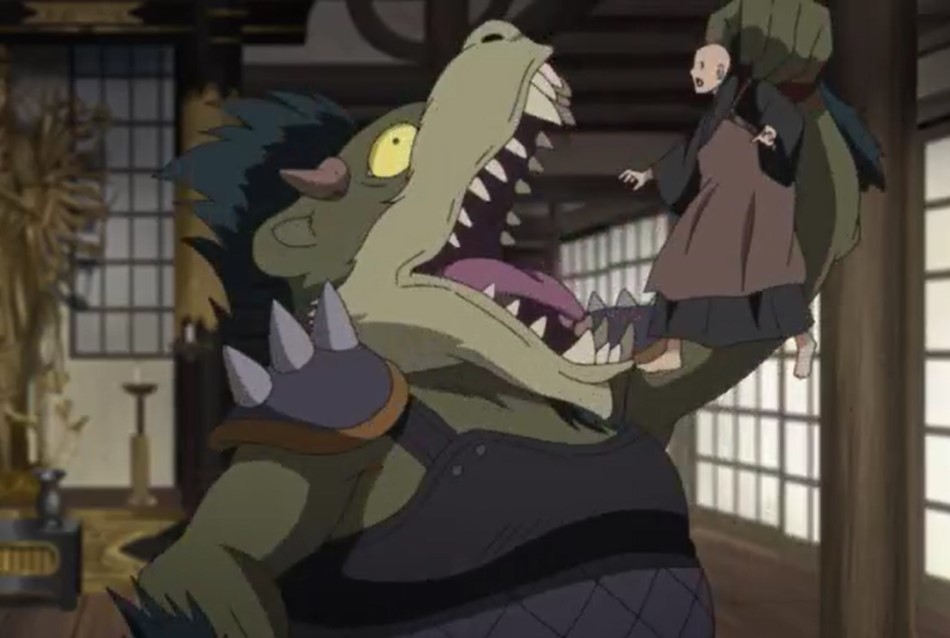 While Moroha and Raccoon Dog are quarreling, Riku arrives. He asks Moroha about how the slaying of the Four Perils is going. Moroha replies that she would have gone alone and finished them with a single blow if it was up to her. Riku told Moroha about Totetsu, and she decided to head out to slay Totetsu. Riku followed them, and they met with Towa and Setsuna. They told them about Totetsu, and Towas ask how did they find out about Totetsu.

Riku replies that he has heard about Totestu from his pirate friend. Later they met with Totetsu devouring Monks. He comments that the Monk does not look tasty, but he is going to eat them. Totestu shakes them Monk and told him to be quiet so that he will taste good. He looked at the Monk and said he doesn’t want to eat the gross looking Monk. Totestu saw the Princess and comments that the poisonous half-demons have shown up.

The trio comments that they are going to slay him and Totetsu uses the Monk as bait. He blows them away while creating a dark cloud and escape the battlefield. Totetsu knows that he will rather eat Monks instead of poisonous half-demons. Later Riku sends the trio to Kento’s trap. But Kento is surprised that they survived and find his hideout. They are ready to battle Kento.