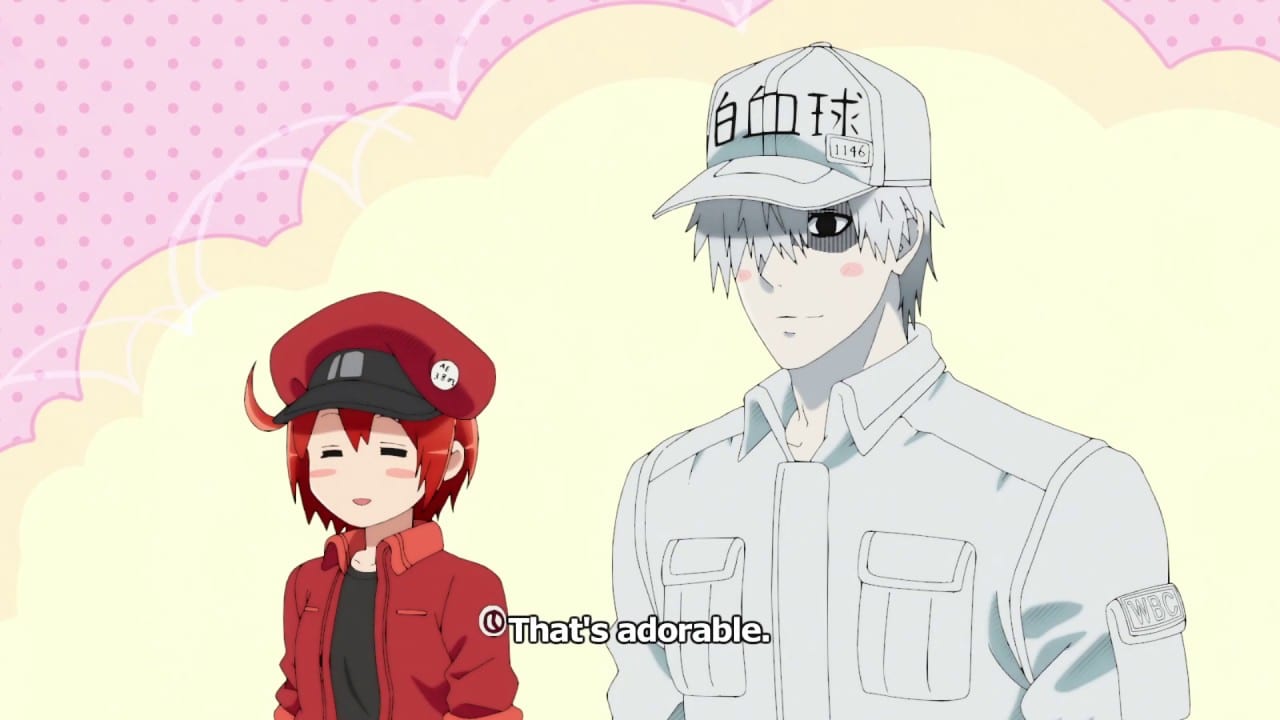 Cells at Work is an anime show created by Akane Shimizu. The genre included in this series is particularly humor. It throws light on the lives of two blood cells. One of them is red, and the other one happens to be white. Their only goal in life is to make sure that their human host’s body remains healthy and sound. Thus, in the entire anime, the creators have portrayed the journey of these two blood cells, which go on to take dangerous allergies and attend to the needs of the residents in other cells while maintaining order among all.

Even though cells at Work have some of the major inaccuracies about how the human body functions from the inside, so many people would live to argue that it is an anime that all people should watch at least once. Although, if you are already done with it and have loved how creative its plot was and are searching for other anime that are more or less similar to it, then here we are at your aid. In this article, we have wrapped up some of the other anime content similar to Cells at Work.

This anime series, Dr. Stone, revolves around a lad whose name is Ooki. One fine day, he wakes to an unfamiliar world to the one he used to reside in. Here, he comes across an older adult named Senkuu, who loves science. He is currently planning to revitalize the entire civilization through the means posed by science. Even though everyone turned into a stone before Taiju could sleep for many years, several people even broke free from their own petrification. Then, they all made a plan to challenge the ideals of Senkuu.

Like we have witnessed in Cells at Work, Dr. Stone is an animated show that is surely going to leave all the viewers to feel like they have learned something about their world regarding the subject of science and the human body. Along with the fact that Dr. Stone is pretty humorous and has employed some of the intriguing characters, Dr. Stone is a must-watch anime series, according to some of the critics.

This anime show, Hetalia Axis Powers, makes fun of the politics and all the historical events that have happened and changed our world by changing nations into people with a wide range of personalities. Thus, as you might have already guessed, the story takes place between World War I and World War II. The tale provides all the fans a highlight of the strong bond between the allied forces and the axis powers.

Like we have witnessed back in Cells at Work, Hetalia Axis Powers also engages all the viewers with humor to educate them with the concepts that have happened in the real world. Although, some critics have claimed that this anime has a way of making fun of the major nations by acknowledging them in the form of adorable males with quirky personalities. It is surely a hilarious manner for anime content to throw light on a historical event.

Land of the Lustrous

This anime series, Land of the Lustrous, is all about the character whose name is Phos, and he happens to be a crystalline being popularly referred to as Gem. He wishes that he might be of some use in a war that happens against Gems’ nemesis, known as the Lunarians. Although, Phos is expected to carry out the lighter work because of her gentle attitude. Then she happens to come across another gem, which is also assigned some of the small-sized tasks. This is why the story is all about Phos, who wants to find a world where he and their friends can prove useful to the other Gems.

Like we have witnessed in Cells at Work, even Land of the Lustrous has given the characteristics of humans to some of the unique characters who are residing in a world full of strict laws and evil entities that have a class like a system. This show’s fandom has become quite large to the point that it is considered one of the best CGI anime shows out there, as per the reports of MyAnimeList.

This anime show, Silver Spoon, throws the entire spotlight on a lad named Yuugo Hachiken. He gets himself admitted into a boarding school that happens to be in the countryside. He does so to escape the stressors that he comes across at home. Although, Hachiken realizes how much he feels like an amateur in front of his batchmates, who happen to be the masters at the farm’s life. Just like Cells at Work is an educational show, Silver Spoon to is.

When the audience finishes this show, they will feel as if they have learned something new through the means of this series. Many fans even claim that this is an underrated shonen anime that everyone needs to be viewed at least once in their life. The show nails down some of the different aspects of farming and how important it is to a society.

This anime series, Moyashimon, is about a man whose name is Tadayusu Sawaki. He has some superb capabilities of vision that all allow him to witness the tiniest of particles and the organisms. Although Sawaki does not understand why this ability of his so unique and special, later in the scenes, he comes across a comical array of people who will stop at nothing to get him to appreciate this ability has.

Moyashimon throws light on some of the biological and scientific manners that will educate the viewers and learn them new things. Like we have seen in Cells at Work, Moyashimon also has some of the microorganisms that fans will eventually care for by the end of the show.

This anime series is about a girl whose name is Rin Shima. She is in love with spending her days alone camping on Mount Fuji as she likes to have isolation. Although Rin eventually shares the site, she camps with a lost stranger known as Nadeshiko Kagamihara. Rin’s surprise later when she finds out that this unexpected circumstance actually sets some of the groundwork for her desire to have some future collaborative camping trips. Like we have witnessed in Cells at Work, Laid Back Camp is an anime show educating people as it includes all the facts about camping and sometimes food. It would also help if you guys kept in mind that both of these anime shows lay stress on friendship.