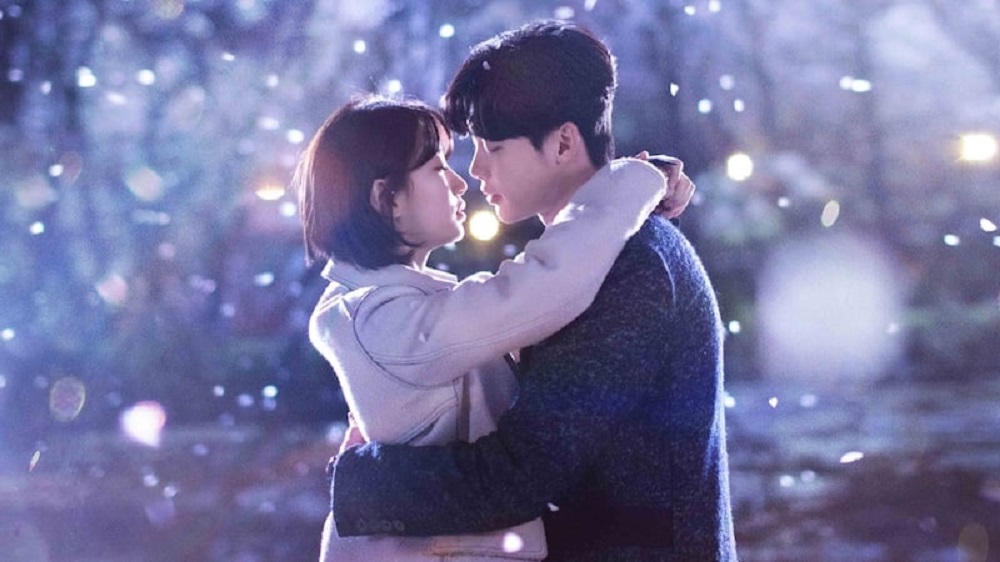 "While You Were Sleeping" Season 2 is coming soon and here's all you need to know about it.

“While You Were Sleeping”, the South Korean TV series that released its first season in 2017 is soon coming back with another season. Written by Park Hye-ryun, the legal fantasy drama made its debut on 27th September 2017. It received great reviews and hence, there has been recently lots of talk about the series releasing its 2nd season. The show is currently available for streaming on Viki, KOCOWA, and Viu. Anyhow, without any further ado, let us see ahead in the article when the second season of the show will be released.

Bitin 'while you were sleeping', petition for season 2:((

i cant move on from while you were sleeping.. i want a season 2😭💔

i want pinocchio season 2, w season 2 and while you were sleeping season 2. can i? 😭

“While You Were Sleeping” is a South Korean legal fantasy drama that was released in 2017. The series is more popularly known as “Dangsini Jamdeun Saie” in South Korea. Park Hye-ryun has written the series whereas Oh Choonh-hwan is the director. The first script reading for the show took place in Mokdong, Seoul. After 5 months, the entire filming was completed and the show was ready to be aired. It is a fully pre-produced series with SidusHQ being the production company behind it. SBS took over as the distributor for the series. Anyhow, now let us have a look at the cast of the series. It consists of some veteran as well as young and amazing artists from the K-drama industry. 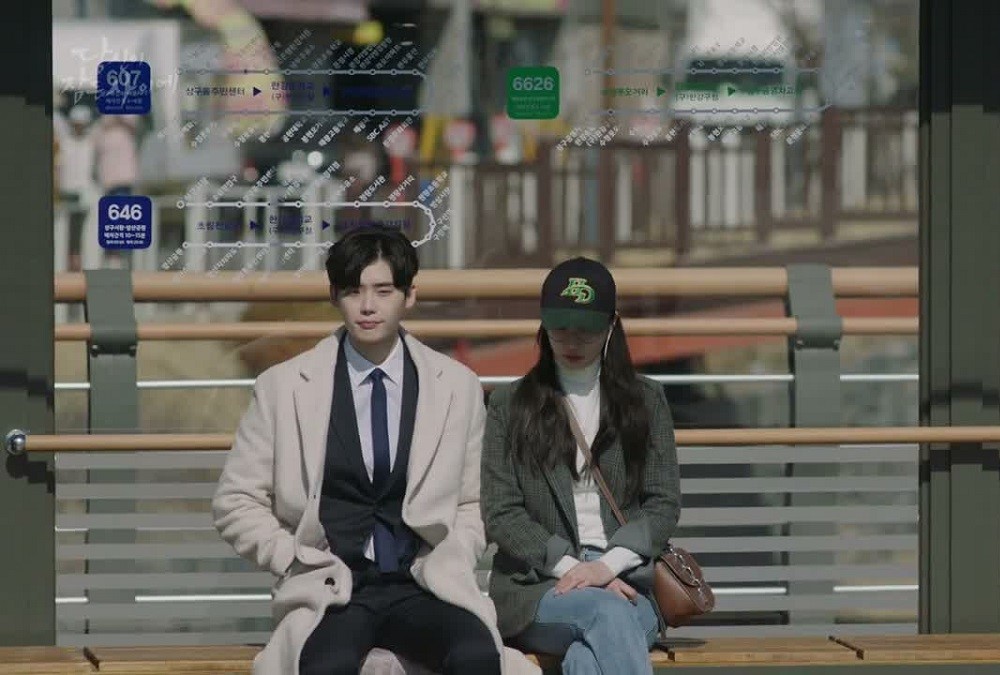 A still from Season 1 Episode 1 of “While You Were Sleeping”.

Bae Suzy as Nam Hong-joo: Bae Suzy is a South Korean singer and actress. She is a former member of the girl group that worked under JYP Entertainment namely Miss A. She has been a part of many TV series and movies to date. Some of them include “Dream High”, “Gu Family Book”, “Vagabond”, and “Start-Up”.

Shin Yi-joon as young Nam Hong-joo: Shin Yi-joon is a Korean actress who made her debut in 2011 on Channel A’s “Bachelor’s Vegetable Shop”. Some of her other works include “The Queen’s Classroom”, “Signal”, “War on Crime”, and “The Mysterious Sun”.

Lee Jong-suk as Jung Jae-chan: Lee Jong-suk is a South Korean model and actor who people know as the youngest male model to ever participate in Seoul Fashion Week. He has been a part of several TV series and films like “Doctor Stranger”, “Hot Young Bloods”, “The Hymn of Death”, and “Romance Is a Bonus Book”. 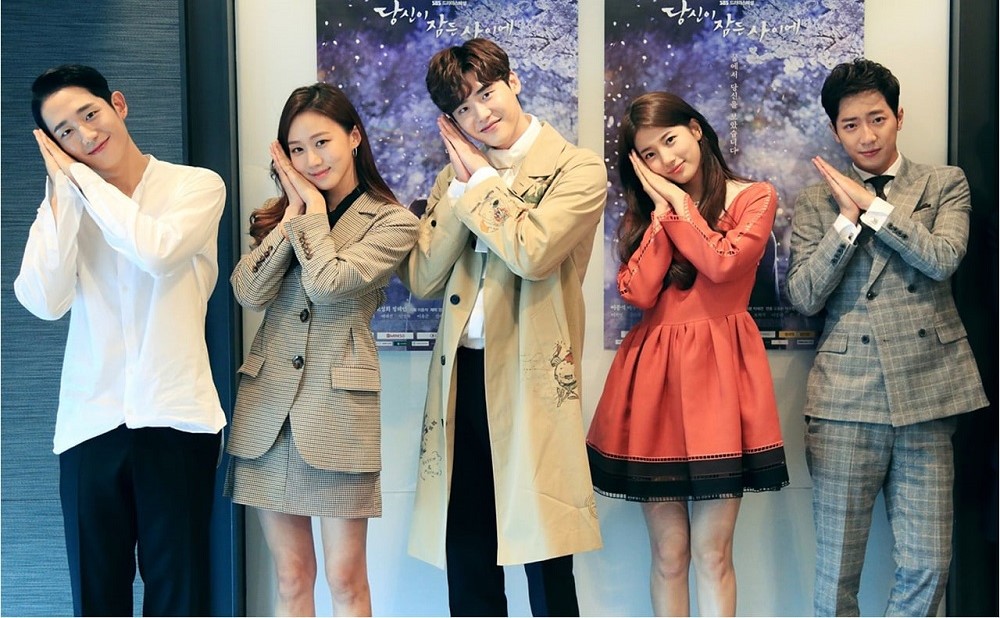 A still of the main cast of the K-drama series “While You Were Sleeping”.

Nam Da-reum as young Jung Jae-chan: Nam Da-reum is a South Korean actor who started off his career as a child artist. He is popular for his roles in series like “Beautiful World”, “Rain or Shine”, and “Start Up”.

Jung Hae-in as Han Woo-tak: Jung Hae-in is a South Korean actor. He is best known for doing series and movies like “Bride of the Century”, “Something in the Rain”, and “The King’s Case Note”.

Lee Sang-yeob as Lee Yoo-beom: Lee Sang-yeob is a South Korean actor who is popular for doing the role of Lee Sang-yeob in “Living Among the Rich”. Some of his other works include “Prison Life of Fools”, “Once Again”, and “House of Bluebird”.

Yeo Hoe-hyun as young Lee Yoo-beom: Yeo Hoe-hyun is a South Korean actor. He is known for being a part of the movies and dramas like “The Doctors”, “Mirror of the Witch”, and “The Last Princess”. 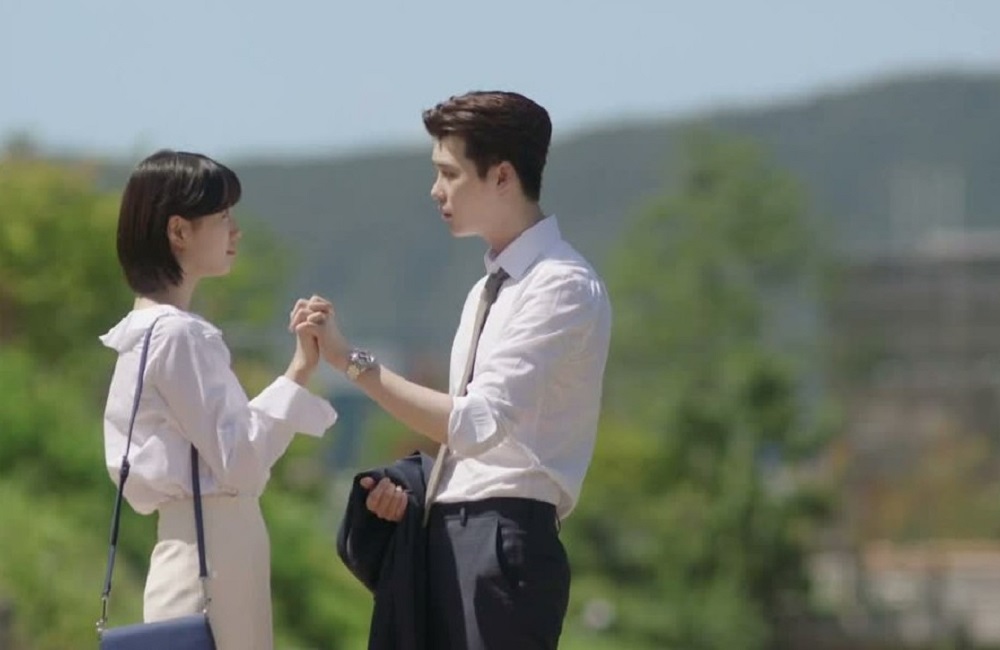 A still from the Season finale i.e. Season 1 Episode 32 of “While You Were Sleeping”.

What is the series about?

The series is based on a fusion of fantasy and legal drama genres. It revolves around three young adults who have earned the skillset of seeing their future through their dreams. The three adults are namely Jung Jae-chan (rookie prosecutor), Nam Hong-joo (field reporter), and Han Woo-tak (police officer). Consequently, their dreams show them what they have to endure in their future. For example, Jae-chan sees a dream of a crime being committed that he later has to investigate in reality. Gradually, the trio gets troubled by these dreams and start working towards preventing their dreams from turning into reality. With this, they also work on taking down Lee Yoo-beom (corrupt lawyer), their archnemesis. Viki Global TV had released a trailer for Season 1 on their official YouTube channel. It has already crossed half-a-million views and you can watch it below.

While You Were Sleeping Season 2 Release Date

As of now, the production of the series “While You Were Sleeping” has made no official announcement regarding a 2nd season. There have been a lot of rumors recently but no confirmed news about a new season. However, you can enjoy the 1st season of the series which was aired on SBS. It is available for streaming on Viu, KOCOWA, iQIYI, and Viki. Anyhow, we will immediately update you if there is even the slightest of news regarding a new season. So, stay tuned for any updates. Until then, let us know in the comments section what would you expect from the new season if it was to be released soon.