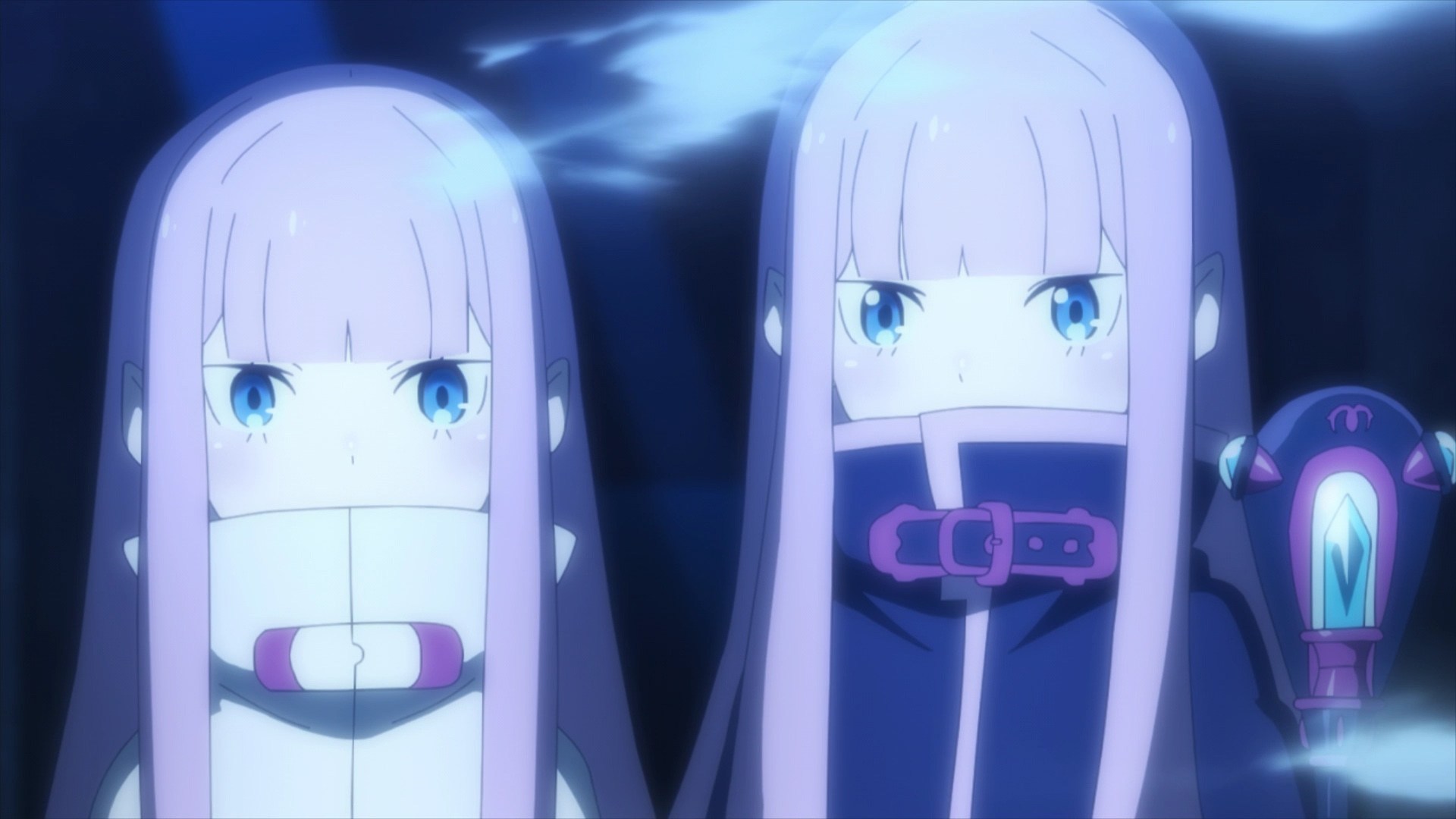 Emilia is unconscious, and she dreams about when she met a cat asking its name. The cat was about to reveal its name, but Emilia appears in a forest. Emilia comments that she knows this is a dream world. But she can smell the wind and even feel the dirt, and she asks Echidna if she is listening to her. Echidna cleans the leave that was covering all over her body. Emilia apologizes for making her run around and get dirty.

Echidna comments that Emilia’s sympathy wouldn’t change her attitude, and if she thinks so, she is a fool. Emilia replies that she was worried about her, and Echidna continues to be hotheaded. Emilia reveals that there were a few too my dreams happening at once. Echidna shows Emilia how the dream world is merely a figurative expression. Echidna reveals that the dream world separate world that replicates the memories.

Re: Zero-Starting Life in Another World Episode 43 Release Date

The latest new episode of Re: Zero-Starting Life in Another World Episode 43 will be released on Wednesday, 3 February 2021, at 10:30 PM. This Anime episode will be released every Wednesday in Japan. Enjoy watching this Anime officially on Crunchyroll. You can also get other latest development here: Re: Zero-Starting Life in Another World Season 2 Part 2 Episode 42. 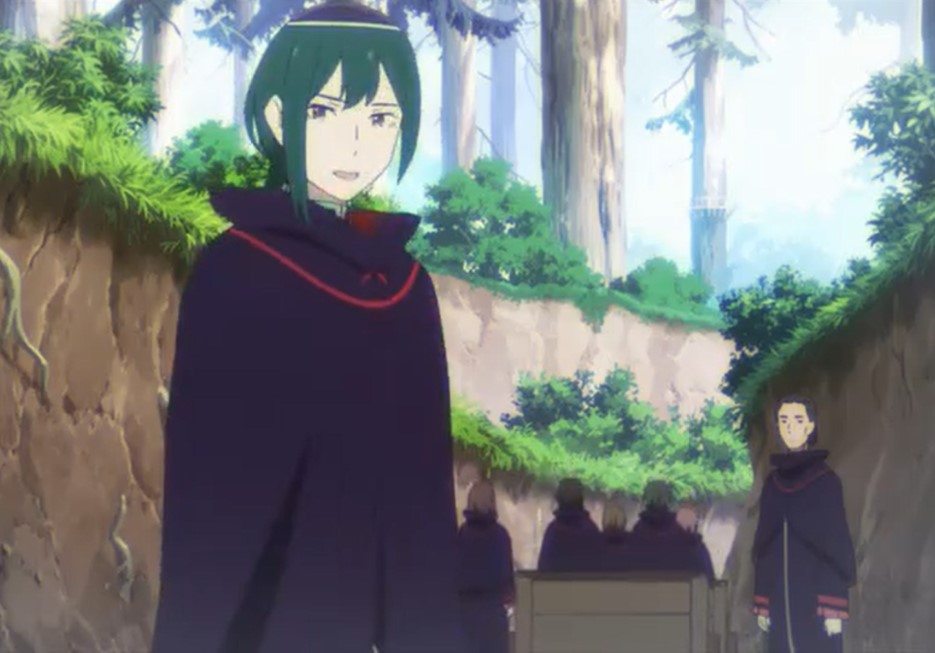 The dream world also reflects the consciousness of those who undergo the trial, and Emilia thanks Echidna for explaining clearly. Emilia comments that she appreciates it even though Echidna hates her. Echidna told Emilia not to get silly ideas about her being a nice person. She also said that it is her nature to answer any questions she is asked. The two proceed with their journey throughout the dream world while guiding each other.

Echidna reminds Emilia about the struggle she had faced when she attempted the trial. Emilia explains how she struggled and why it has happened like that. Emilia concludes that she is not prepared. Echidna said that she wouldn’t be surprised if Emilia failed her trial again. She also reveals that when someone creates a defense line before she can even start is awfully defeatist. Emilia comments that she is going to prepare herself starting from now.

They both reach to the tree that Emilia wanted to lock something inside it. Emilia shows Echidna princess’s room. Echidna reveals that she was sent here to play often when she was little. Echidna wanted to open the door and asks if she is supposed to touch it. Emilia told her to walk through the door, and they both entered inside by walking through the door. When they are inside, they witnessed Emilia’s childhood life. 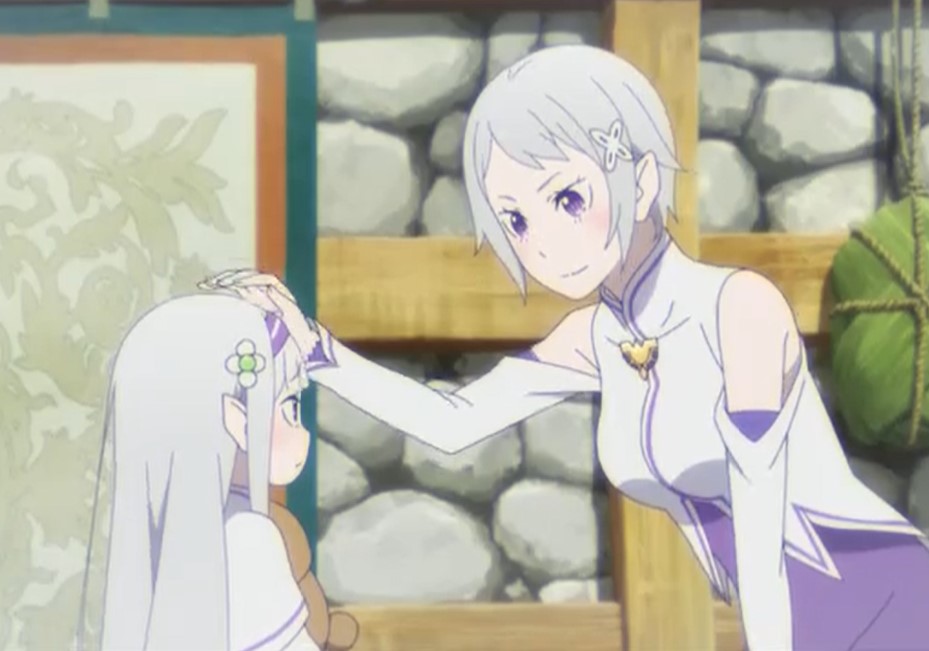 Emila saw her mother Fortuna and recalls the first day she left. Fortuna told Emilia to remain inside the princess’s room. Because she is going to take care of something important. Emilia complains that Fortuna always leaves, saying that she is taking care of something important. Fortuna brushes Emilia’s hair telling her that they look like her brother’s. But Emilia’s kind features come from her mother, and Emily comments that she likes her mothers’ eyes.

Emilia reveals that mother Fortuna was her father’s younger sister. She considers her like her reals mother. Emilia’s real parents were too busy to spend time with her, and she was left in Fortuna’s care. One day when Emilia was left alone inside the princess room. She compliant with herself that she is bored and people always lie to her. Emilia wishes that she could go out and a fairy visited her, but it vanishes through the wall.

Emilia follows it and manages to get out of the princess’s room. Wh en she is outside, she comments that Fortuna and everyone were keeping a secret from her. She wanders around the forest and reaches a village nearby. Emila saw Fortuna talking with Gues and listened to their conservation. She finds out the truth about what happens outside the princess’s room. Emilia realizes that Fortuna is heading back home.

Emilia quickly rushes back to the princess’s room. She was worried that she is dirty, but the fairy cleans her up so that Fortuna won’t notice that she was not around. Fortuna came back. Emilia manages to get away with her secrets, and Fortuna embraces her. Emilia finds how she broke the trial when she was young by meeting with Gues. Later, Echidna reveals the trial that she has broken begins for real.

Re: Zero-Starting Life in Another World Season 2 Part 2 Episode 43 Preview

We will be bringing you more updates next week for the upcoming episode. For today we end it here with the updates of Re: Zero-Starting Life in Another World Season 2 Part 2 above.