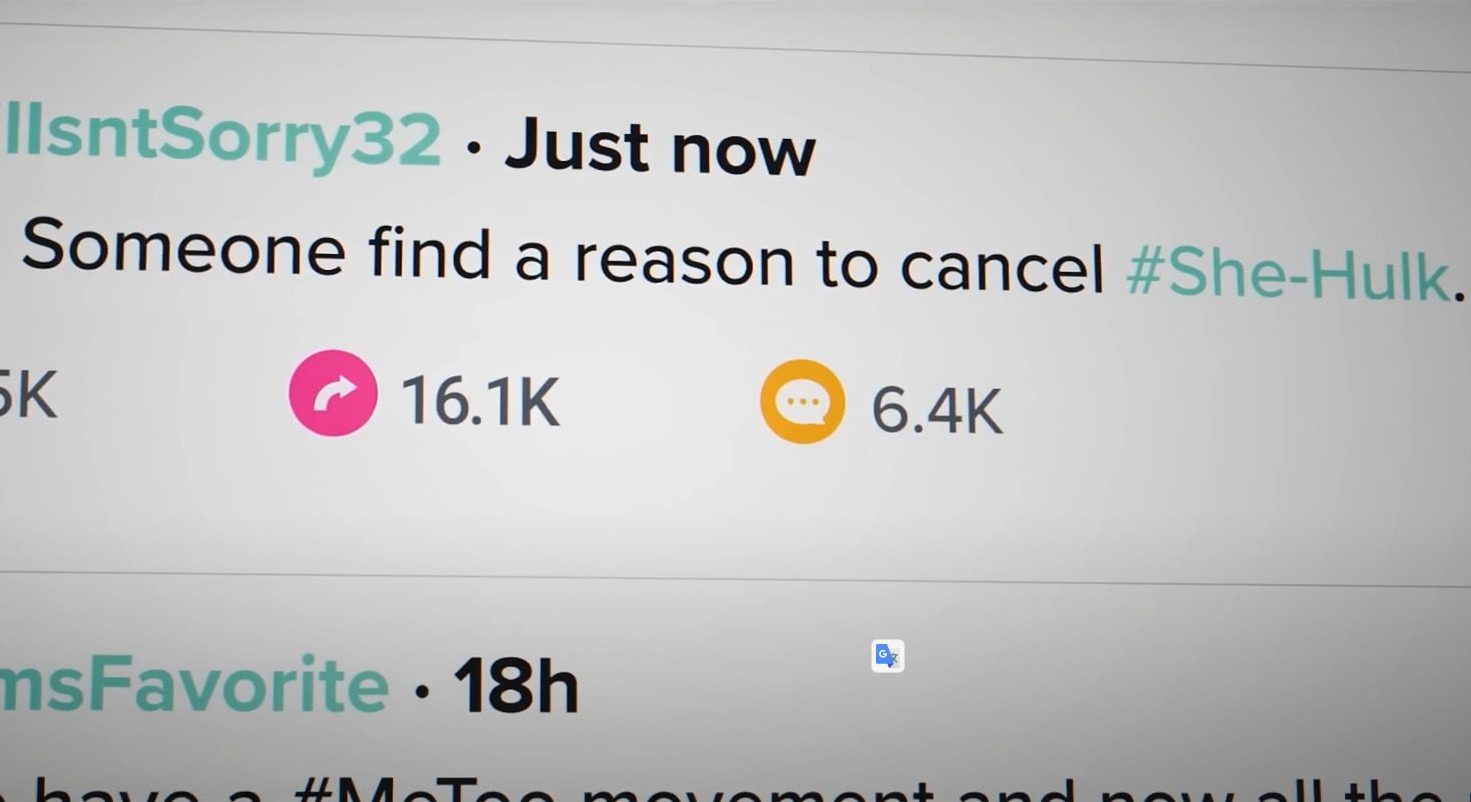 There are numerous MCU Easter eggs and references in She-Hulk: Attorney at Law episode 3. Jennifer Walters, Bruce Banner’s cousin, was involved in a car accident with him that completely changed their lives. Jennifer is hesitant to commit herself to the superhero lifestyle despite the fact that their blood combined to create her into She-Hulk. She-Hulk is among the few superheroes to choose a secret identity and pursue a career in the comics, and this is also true in the Marvel Cinematic Universe.

The Abomination storyline is continued in She-Hulk episode 3 as She-Hulk struggles to come up with a defense for Emil Blonsky’s parole. The footage from Shang-Chi movie that showed Abomination competing in the fighting match at the Golden Daggers Club in Macau has greatly complicated this. Fortunately, Blonsky claims Wong forced him to participate in the event, which results in one of the funniest cameos on the show so far. She-Hulk breaks the fourth wall to say that this isn’t a show that relies on cameos, but the statement seems a little too obvious given how frequent cameos have been in the series so far.

To be fair, the connection between any MCU Disney+ TV show and the larger MCU Phase 4 story is a big part of the appeal. She-Hulk is also shaping up to feature the most natural Easter eggs of Phase 4 so far because a TV show about a woman who practices superhuman law is bound to need clients.

Here are She-Hulk episode 3 the references and Easter eggs:

Wong Is On LinkedIn

Humorously, Wong keeps a LinkedIn profile, which allows Jennifer Walters to find him. It seems to say that he first relocated to Kamar-Taj to manage the local Target, then spent 11 years there as the librarian before rising to the rank of Sorcerer Supreme. The profile page takes care to hide the exact MCU timeline by omitting any dates, but it seems to imply that Wong and Doctor Strange have different training. While the timeline for Doctor Strange is somewhat unclear, it is thought that he entered the Masters of the Mystic Arts in 2017 before being destroyed by Thanos’ snap in 2018. 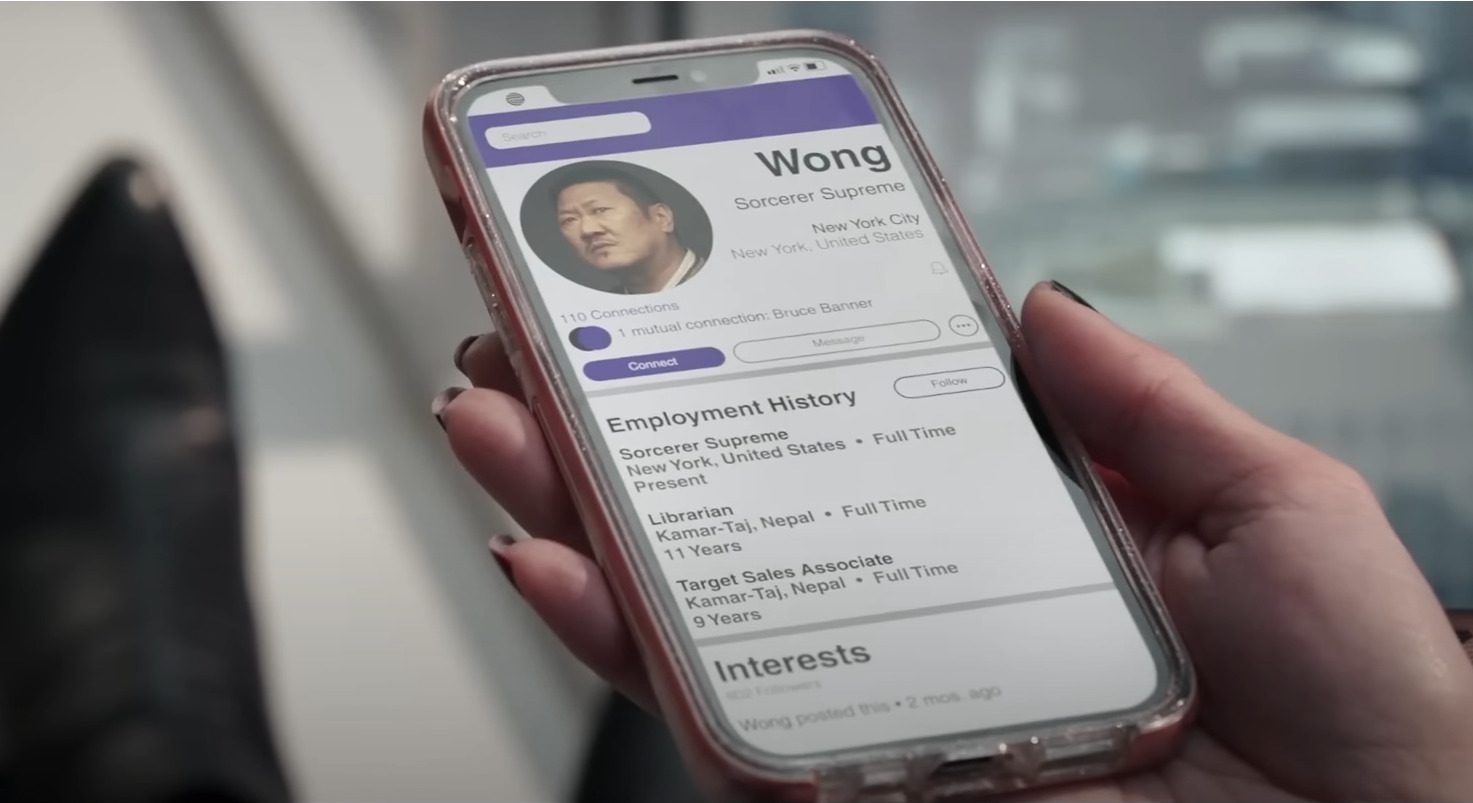 Wong has more training than Strange because he survived the snap and has had at most seven or eight extra years of training. Wong’s LinkedIn page states that Sorcerer Supreme is located in New York, which is an odd claim. This is a striking change from Doctor Strange, in which the Sorcerer Supreme was stationed in Kamar-Taj and the New York Sanctum had a notable member of the Masters of the Mystic Arts as the keeper. Based on an alternate reality perspective, this could indicate Wong’s belief that Doctor Strange is too irresponsible to work alone.

In a series of videos and social media posts supposed to be from regular MCU fans, She-Hulk episode 3 makes fun of the show’s critics (and, in fact, Phase 4 in general). Some people are offended that a woman has been given Hulk powers, while others whine that female superheroes are becoming the standard and that “nobody asked for that!” It’s a funny joke, but it’s also rather obvious.

The third episode of She-Hulk has an unexpected reference to She-Hulk’s comic book origins. Jennifer Walters is questioned about rumors that she turned into She-Hulk after a Mafia hit went wrong as she tries to escape the parole hearing, which is a fairly accurate summary of the comic book plot. The MCU’s version is far more impressive because it includes an alien spaceship.

Gideon Wilson, who allegedly prosecuted Abomination back in 2011, makes a strange cameo appearance in She-Hulk episode 3 of the series. He appears in the comics as Sam Wilson’s brother and a former minister. After being exposed to gamma radiation, Gideon turned into a superhuman in his own right and joined the Gamma Corps.

Wong surprises Jennifer Walters with a visit and reveals that Abomination was speaking the truth. Unexpectedly, he says that the battle with the Abomination was a part of the tests to become Sorcerer Supreme, suggesting that Wong only attained this rank during Phase 4. It took a lot longer than anyone had anticipated for Earth to be without a Sorcerer Supreme, from around 2017 or 2018 until 2024. Wong mentions spells that have the power to completely erase memories during the conversation. Naturally, he is referring to the Runes of Kof-Kol, which were seen in Spider-Man: No Way Home.

Assumptions from Wong’s statements suggest that the runes had been used numerous times, which may help to explain how the Masters of the Mystic Arts were able to defend the world against magic for so long without having their identities revealed. In order to give his cameo more depth, Wong also mentions the Mirror Dimension (which we first saw in Doctor Strange and then in Spider-Man: No Way Home) and the Shadow Dimension (which we saw in Thor: Love & Thunder).

A Light Elf From New Asgard

Rune, a Light Elf whose shape-shifting abilities have led to some legal issues, is officially introduced in a New Asgard subplot. Rune and her family are among the refugees that made New Asgard their new home. Rune is the child of a Light Elf ambassador who lived on Asgard during Hela’s brief rule. She foolishly tries to use Thor’s motivational speech that Asgard is a people, not a place, indicating that they were aware of its significance. The MCU has made references to the Light Elves of Svartalfheim before, but this is the first time one has actually been seen in action. 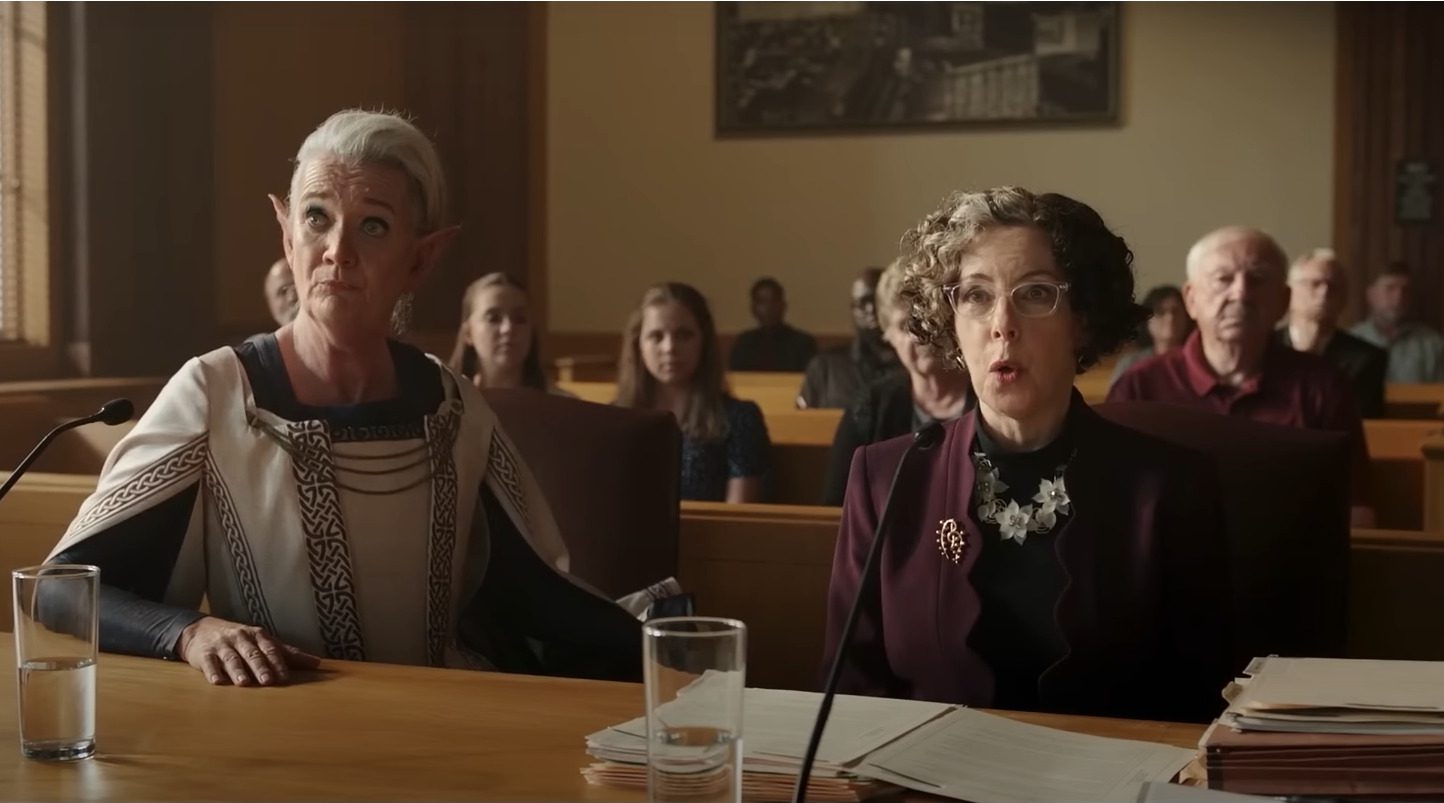 The Wrecking Crew In MCU

The Wrecking Crew attacks Jennifer Walters in the final moments of She-Hulk episode 3. These enchanted construction workers have been a frequent enemy of Thor in the comics, where they were given their powers by an unexpected lightning strike. The MCU’s Wrecking Crew allegedly stole mystical tools from an Asgardian constructor during a robbery, stripping them of any inherent powers. Let’s just say they pose significantly less of a threat than the characters from their comic books counterpart.

However, The Wrecking Crew has a leader who is obviously more educated about She-Hulk than anyone else. The first She-Hulk episode showed that Bruce Banner and Jennifer Walters’ blood contains the key to understanding the gamma mutation, and the head of the Wrecking Crew obviously knows this because he sent them to collect a sample. They fail, but this will undoubtedly lay the groundwork for She-Hulk: Attorney at Law’s main storyline. 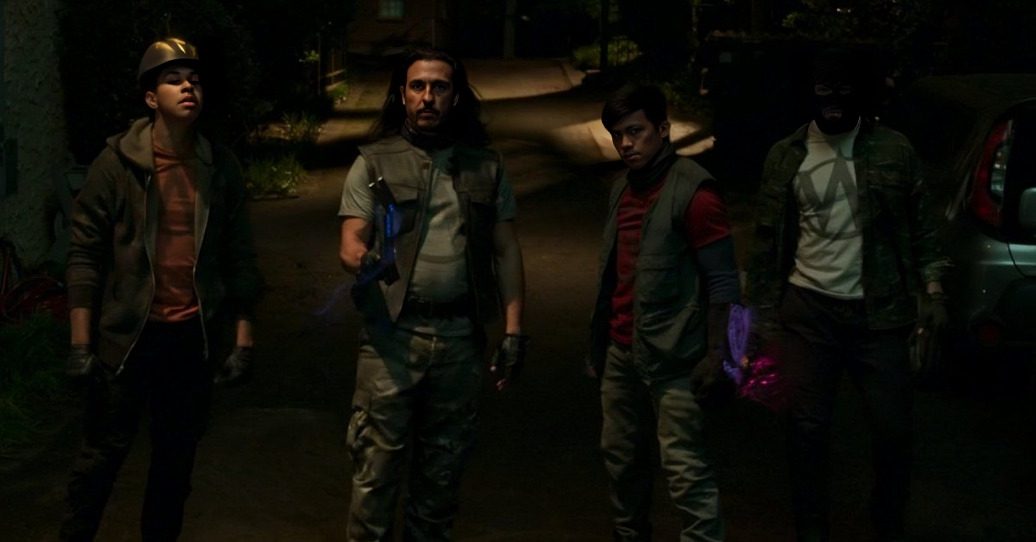 The Wrecking Crew had a connection to both the Punisher and Daredevil in the comic books. After all, Jigsaw, the Punisher’s enemy, once hired the Wrecking Crew to murder Frank Castle (a.k.a. The Punisher). Although the Punisher hasn’t been confirmed to debut in the MCU, She-Hulk: Attorney at Law’s introduction of a number of Daredevil villains nearly seems to be laying the groundwork for his appearance.

The Wrecking Crew In Comics

The Wrecking Crew is a group made up of four individuals: Dr. Eliot Franklin (Thunderball), Brian Phillip Calusky (Piledriver), Henry Camp (Bulldozer I), and Dirk Garthwaite (Wrecker). They were formerly a band of prisoners who formed an alliance before forming the Wrecking Crew. The group’s founder and leader is Garthwaite. He goes by the alias “the Wrecker” and is well-known for using his crowbar to destroy crime sites.

In the comics, he meets Loki, whose abilities have been temporarily suspended by Odin, while on his crime spree. Loki is trying to seek to get his powers back from Karnilla, the Norn Queen. However, after the Wrecker takes Loki’s horned helmet, Karnilla accidentally bestows mystical powers on him rather than Loki. Wrecker acquires superhuman strength as well as a magical, unbreakable crowbar as a result. However, the Asgardians are capable of overpowering him and imprisoning him. He succeeds in obtaining his magical crowbar there. He gathers Camp,  Calusky, and Dr. Franklin during a lightning storm, urging them to all carry weapons. The other people’s tools are also magically enhanced when lighting strikes Wrecker’s crowbar. 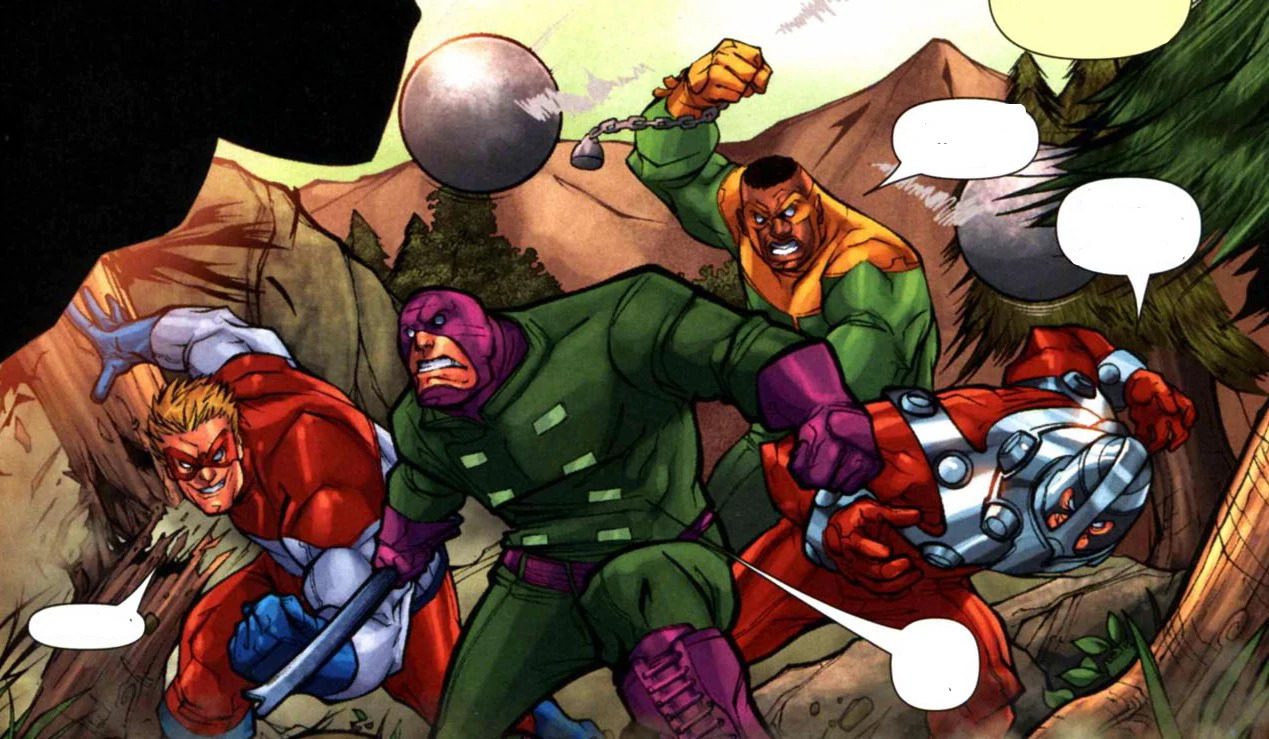 Camp transforms into Bulldozer I, and his unique weapon is a helmet that he can smash his foes with. Calusky takes the name Piledriver and grows large, pile-driving fists. Dr. Franklin transforms into Thunderball in the meantime and uses a demolition ball on a chain. With their newly acquired powers, the group escapes from prison and searches for a Thunderball-made gamma bomb. Although they are easily defeated, they remain undeterred and continue on as a villainous team.

Despite having magical weaponry and superhuman power, the Wrecking Crew has never been particularly effective as a supervillain team. They’ve devised a number of plans over the years, including attempting to kill Punisher and Thor, joining the Masters of Evil, the Hood’s gang, and kidnapping hostages. They have, however, almost always been swiftly put down and returned to prison or S.H.I.E.L.D. custody. They would, however, simply escape and repeat the cycle.

Also Read: Game of Thrones: In Which Episode Does Daenerys Get The Unsullied?