Will Aejin come clean about everything? 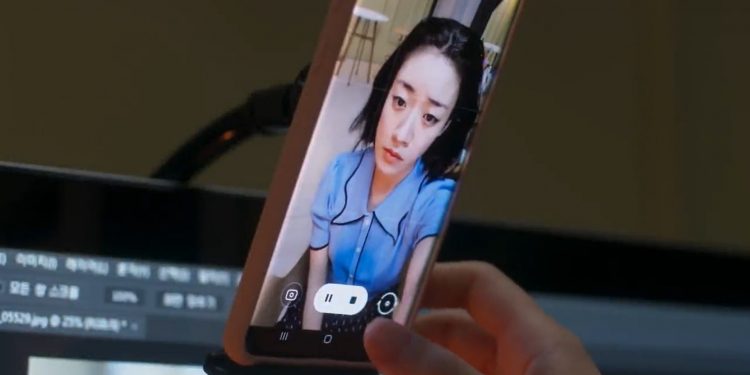 Episode 13 of ‘Shadow Beauty’ looks like it will deliver its final blow well. The upcoming episode marks the end of the series. Hoin’s tricks to pull her down seem to have tired the school’s beauty, and she is now ready to get dirty. Mijin tries in every way possible to obtain the password for Genie’s account from Aejin but to no avail. However, when she starts using Jinsung to threaten her, Aejin starts to crumble.

As displeased as Hoin is about this, he cannot seem to do anything until Aejin asks him to help. He tries to talk to her, but she is too scared to take action. In episode 13 of Shadow Beauty, we shall know if this fear overcomes her entirely or if she will take control of it to change the situation in her favor. Seon Mijin seems to have gathered a couple of enemies throughout her time at her new school, so we can’t be entirely too sure of what shall unfold. But that is exactly what makes it exciting, isn’t it? All the fans, especially the ones who tuned in due to the Webtoon, are earnestly looking forward to the finale.

Mijin approaches Haneul by complimenting her lip shade. Her sudden act of friendliness throws Haneul off. However, the two are seen exchanging notes and giggling in class the whole day. Aejin cannot help but notice these exchanges and does not know what to make of them.

Hopelessly looking for a solution, Aejin tries to talk to Mijin. However, she cannot make any progress whatsoever. Mijin keeps calling her ugly and refuses to give Aejin her phone back. She asks her to quickly reveal the Instagram ID password for Genie’s account. When Aejin seems reluctant even upon being threatened with public exposure, Mijin gets furious. She then threatens her further with Jinsung’s message history on the account, which makes Aejin more desperate.

Annoyed by her actions, Hoin cannot sit still. He keeps asking Aejin if she really will let Mijin act like she is the real Genie. If Aejin gives her the password to the Instagram account, then there is no going back. However, Aejin is very worried, more so about Jinsung and his career than herself or her reputation. Hoin waits until he can’t and provokes Mijin by suggesting the class do a live broadcast with ‘Genie’ at the school’s event. Mijin is flustered because she knows she does not have the password to access the account.

While at the school fair, Mijin is taking rounds arm in arm with Haneul. As they stop by to see a clown performing little tricks, something unfolds. Mijin ego is boosted when the clown chooses her to take on stage. Very cleverly, he takes her bag and performs a few tricks. When the show is over, and Mijin checks her handbag, she realizes Aejin’s phone is missing. This enrages her, and she corners Haneul as she aids Hoin in stealing it by distracting her. However, Hoin comes to Haneul’s rescue and smashes Aejin’s old phone in front of Mijin.

Shadow Beauty Episode 13 will be released on Wednesday, December 29, 2021. This episode marks the end of Shadow Beauty. All the viewers are immensely curious as to what shall happen in the finale.

Where to Watch Episode 13 of Shadow Beauty?

Episode 13 of Shadow Beauty can be streamed on Viki or WeTV. Adapted from a webtoon, this web drama is actually a production of KakaoTV. Webtoon fans are most eager to find out if the ending for the drama will be the same as the one they read about.

What to Expect From The Next Episode?

The last episode of Shadow Beauty will show us what Aejin’s decisive actions are. The preview shows us how Mijin spills the secret about Genie to everyone. It seems like Aejin will be coming clean about everything, but Mijin’s actions are unpredictable. Will Jinsung suffer the consequences of her heavy secret? Tune in to find out!