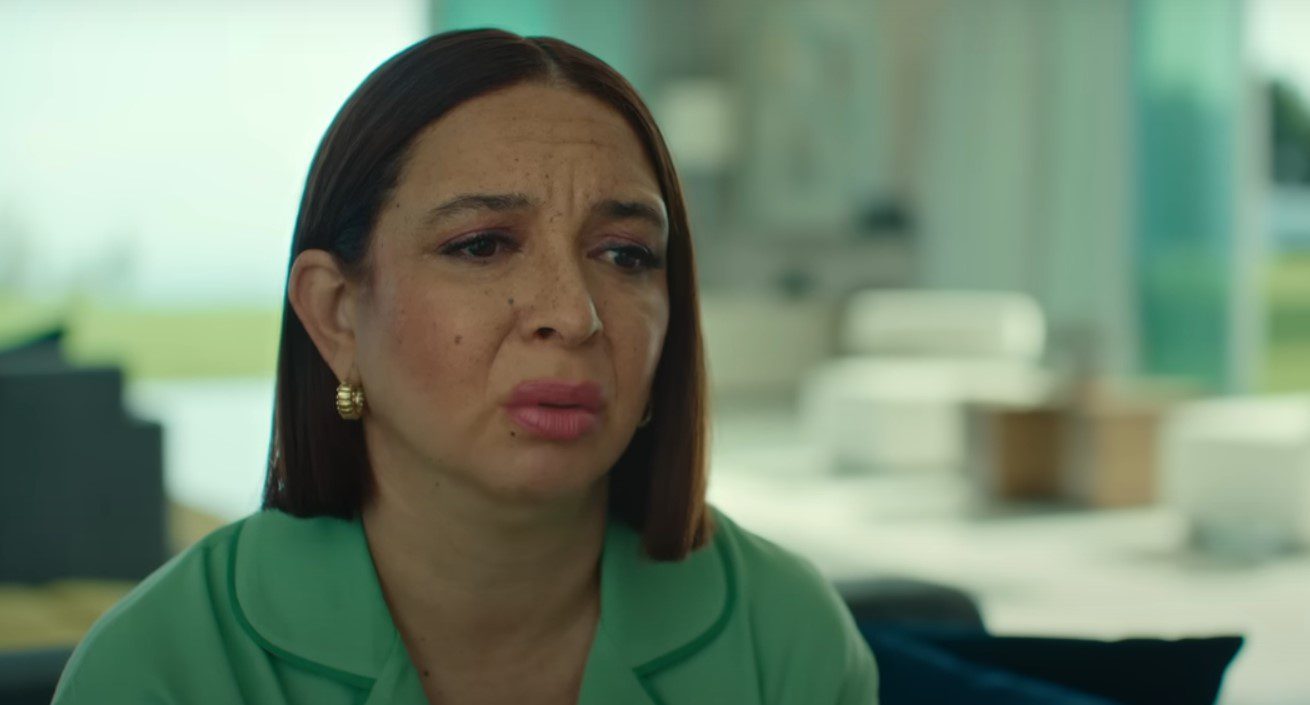 Apple TV+’s Loot starring Maya Rudolph, gets better with each episode! Let’s take a look at Loot Season 1 Episode 9. Firstly, in the previous episode, we saw how The Wells Foundation got hold of great updates coming from Sofia and Molly and how Scott had a new opportunity to get things done.

Meanwhile, we’re going to see how Molly will get ready and work things out for assisting with Nicholas’ play, titled Cahoga Lake. Also, the upcoming Silver Moon Summit, a kind of play on the World Economic Forum, is another hot topic for today’s recap. But let’s not get ahead of ourselves and take a look at this episode!

Molly enlists Howard to assist in mending her relationship with their family. Sofia has a surprise guest. Nicholas delivers flowers and prepares the house for Molly’s arrival at her house. He makes coffee, sweeps the floor, and gives the maid instructions on how to care for the dogs. He later evaluates David Chang’s home-cooked meal and informs him that it isn’t up to par.

Maya Rudolph knows how to deliver a quirk

Molly Wakes Up To Find Up A Surprise

When Molly awakens, Nicholas welcomes her with his most recent find—the ideal attire for tonight’s North Hollywood play premiere. Cahooga Lake is the name of his play, and Molly has saved a sizable bottle of vintage champagne for the office to enjoy together after it.

At work, Sofia has a huge surprise for everyone. Sofia says that the board of supervisors is voting on their housing project, and the result is yes, which calms Howard down. The board requests that they attend the vote. Jean Pierre is brought out by Molly, who says she has a significant announcement as well.

A promotional video for the Silver Moon Summit, a gathering of world leaders in science, politics, and thought, is shown to the staff by Molly. All costs for the office’s attendance at the summit have been covered, and Molly and Jean-Pierre have teamed up on a project to filter water.

Ainsely’s wedding and the summit are on the same day, but she says she can move the summit. Although she remains silent, Sofia is obviously wary of the new project. After that, Nicholas answers a call from the playwright, who offers him the lead part in the production.

Howard wishes Nicholas luck but points out that they’re still at odds. Later, Sofia worries that Jean Pierre wanted to keep it a secret and asks Molly why she’s deviating from their mission of staying local. After work, Molly stays around to attend Sofia’s zoning board meeting.

In order to speak with Nicolas about his new position, Howard pretends there is an emergency while on the phone with Tanya. In order to prevent Nicholas from quitting the play tonight, Howard promises to help him cry before it starts. He then promises that they will resume their feuding after that.

Sofia enjoys the applause part of the zoning meeting, but an elderly woman calls Molly disgusting for constructing in the area. As more members of the community begin to criticize Molly, Sofia intervenes to stop her from accidentally swearing at them.

When Enough Is Enough

Howard tries to make Nicholas cry by playing sad movie scenes for him at the office. When that doesn’t work, he plays him adorable and sentimental videos. Out of options, Howard shares painful memories from his past in the conference room while attempting to persuade Nicholas to do the same.

After the meeting, Sofia makes an effort to remind Molly that their goal is to serve the public until irate voters overthrow them. At the police station, Molly expresses gratitude to Arthur for protecting her from the pie-throwing protesters. While they are enjoying a moment alone, Jean Pierre arrives and drives her home.

Nicholas is still adamant that he won’t be able to cry at the premiere of his play and is concerned that he’ll look foolish. Tanya has left six unanswered calls for Howard, and she lies to him about doing what she promised and not answering. When Howard has had enough, he ends their relationship. Instead of Nicholas’ opening, Molly is at Jean Pierre’s, where he claims Sofia will never understand them because of their wealth. At the theater, Howard tells Nicholas they are best friends, that he knows he was trying to help, and that he is a talented actor.

When Time Is Of The Essence

Molly notices Nicholas’s play begins in 30 minutes as she prepares to leave with Jean Pierre for Corsica. Molly, who is torn between choosing Jean Pierre and the office, travels to Corsica. Nicholas, meanwhile, has a stellar opening night and tears up on cue.

The office is obviously disappointed in Molly because she sent a note and a bottle of champagne, but she didn’t show. The office leaves Molly at home and goes to the bar after Sofia offers to buy drinks. Molly texts Nicholas an apology while seated next to Jean Pierre on a private flight to Corsica.

Where To Watch Loot?

Loot airs exclusively on Apple TV+. As such, you will need a subscription to stream this show from this OTT platform.

Also Read: Bel Air Season 2 Release Date: Is It Renewed For Another Season?