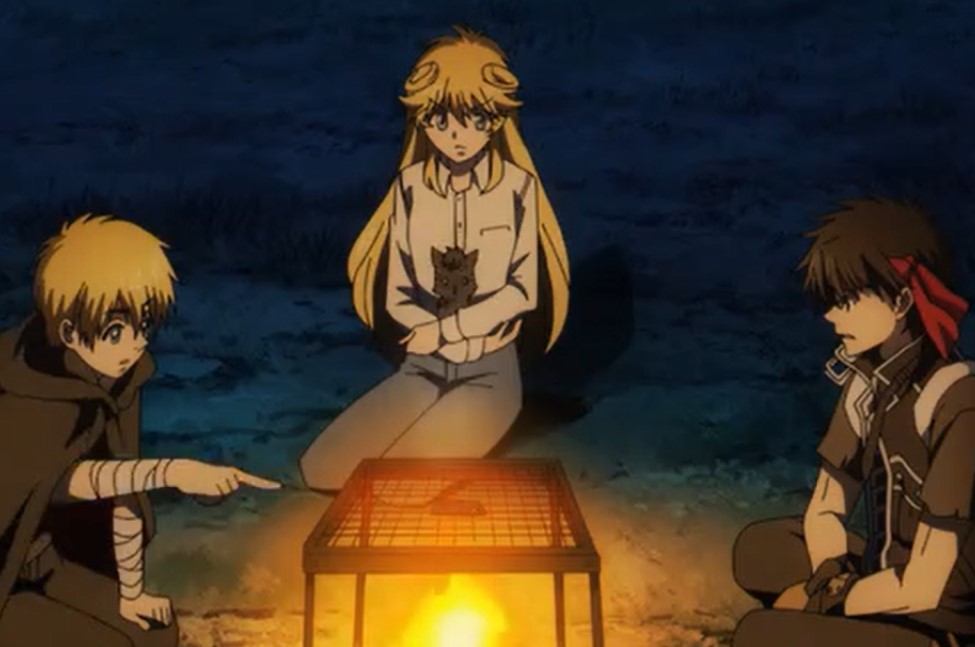 The hooded man reveals that it has been 200 years since he had seen the hole in the barrier created by the founding Sorcerers of the Dragon species. Dragon species had also become the founding Sorcerer of the human species. The Kimluck Church creates everything, and the hooded man said they have been waiting to be saved. The twin Dortin and Volkan are busy cleanings. Volkan tries to listen to the conservation that is taking place in the other room.

He heard that about 10 kilometers northeast from here, a theater was built 200 years ago. There King heads there, and Solude tells Madchen that they are ready to go if she is ready. Solude tells the army that if there is anyone who is afraid, he can remain. One of the soldiers replies that there is no coward in their army. He also said where they are going is dangerous. Madchen said that their destination is Kamisunda Theater.

Sorcerous Stabber Orphen: Battle of Kimluck Episode 2 will be airing on Wednesday, 27 January 2021, 9:00 PM JST. This Anime is available on different streaming platforms; if you want to watch them, you can try: AnimeLab and Funimation. Take a look at how the bottle of Kimluck started below. 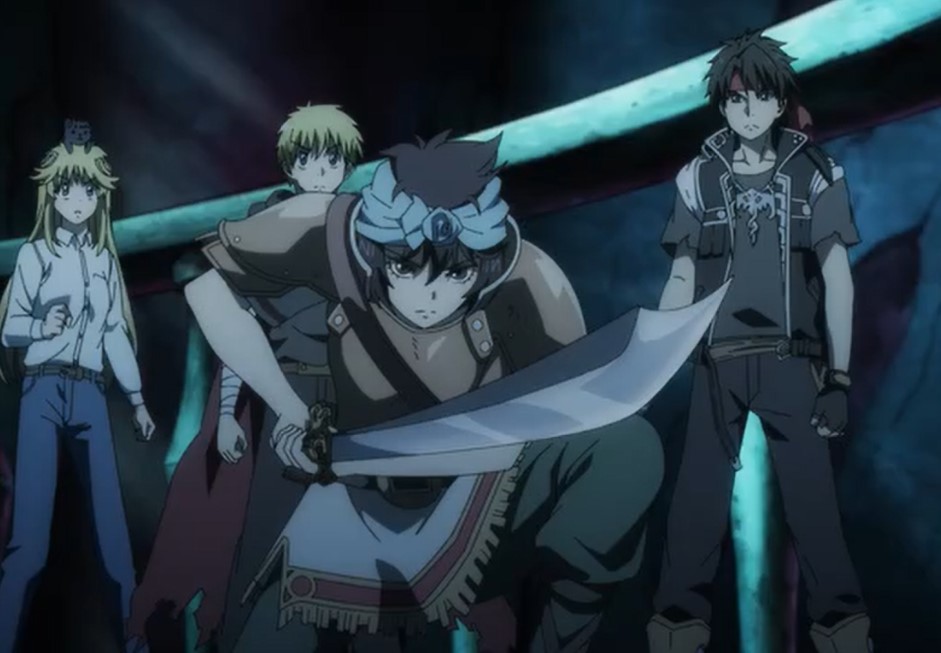 Orphen is with Cleao and Majic sitting near the fire, arguing who will eat the last piece of the meat. He comments that he would not have split it up into three if the two were not here. Orphen asks why they are here, and Majic said that he already said that Orphen is going to teach him Sorcery. After that, he will become a Sorcerer he can rely on someday. Orphen comments even now, Majic is stealing his food, and he is a burden rather than someone he can rely on.

The trio continues to argue about the food and how they finished a lot of food an hour ago. Cleao brags that she can cook food that they will feel like they are eating from a five-star hotel. When they taste her food, the two puke and started rolling, and Majic said that she ruined all the ingredients all at once. He also said that she manages to create a miraculous new record where they have been knocked out for two more hours than the last record.

Madchen, Solude, and the army have reached the theater they encountered the demon. The demon killed one of their soldiers using its claws, and Madechen stabs it to death using her sword. They headed further and met with another demon that Medechen slays the demon with a single slash. While at the other side, Orphen quarrels with Cleao, and Majic realize that it is an opportunity to eat that meat alone. The two saw him before he touches it, and Orphenthrow his dagger near it.

Orphen ask Majic if he is giving himself a death sentence by touching the meat alone. The trio is worried that they have traveled for two days without eating, and their carriage is broken. Orphen thinks that he is the one who deserves to eat the meat alone. Majic notice that the two are being scary and decide to starve to share it. Orphen comments that Majic has made a heroic sacrifice, and the one who wins the battle will get the meat.

Majic heard someone screaming and tells Orphen when he is distracted, Cleao took the meat and swallowed it. Orphen gets angry, but he heard another scream, and Cleoa comments that they will get food if they save them. Orphen heard the word food and rushed there. The trio reached the theater and battled the demons that are devouring humans. Orphen uses the sword of light and kill the demon that was about to eat them. 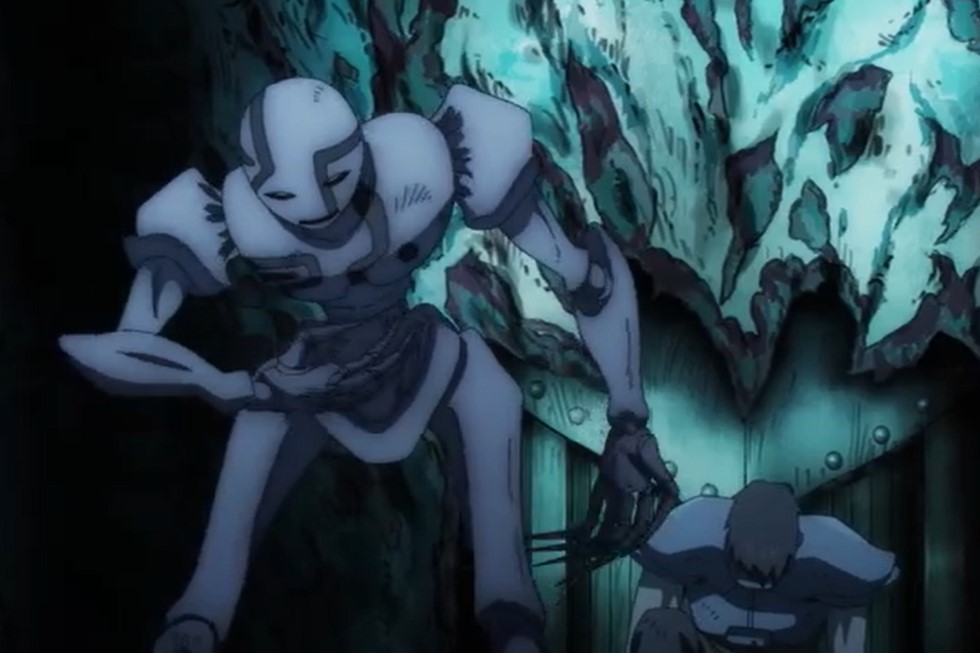 When they move forward, they save another group who got impressed by Orphen sorcery. They ask him to save their boss Madchen who is inside the theater, and Orphen is wondering who Madechen is. The trio enters the theater and saw the statues of Swedenborge’s Angel and Devil. Orphen reveals that the dragon species stole the secret of Magic from the gods. But Swedenborge did not have their secrets stolen since they are the supreme ruler of all creation.

That was all about today’s post get more update on this anime here; Sorcerous Stabber Orphen: Battle of Kimluck Episode 1.