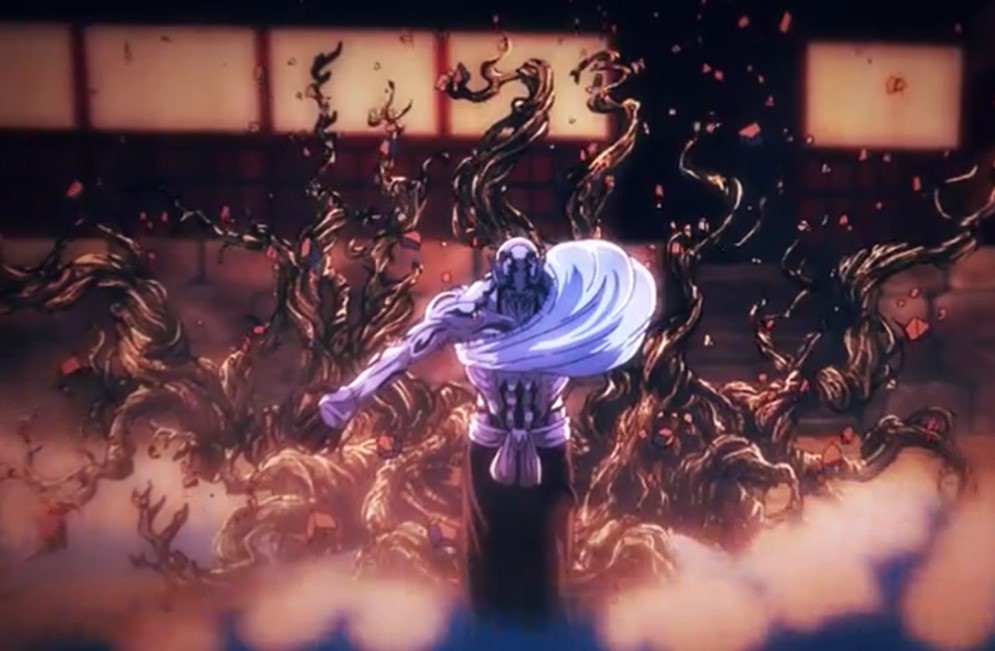 Megumi is exchanging blows with Kamo, who is shooting cursed arrows at Megumi. Megumi summons shikigami to help block the arrows that are attacking at the blind spot. Kamo comments he doesn’t like to say that Megumi is holding back on him. Megumi realizes that his demon dog is busy with something, and he asks Kamo if he is on his last arrow. He also told him that no one would help him if he passes out from anemia.

Megumi is thinking about the Blood technique that manipulates one’s blood and objects imbued with it. Kamo told Megumi not to worry about the arrows since he has prepared ahead of time. Kamo also thinks about the Ten Shadow technique, one of the Zenin Clan’s hereditary technique. It creates ten types of Shikigami using shadow as its medium. He wishes if only Maki or Mai had inherited the technique.

Jujutsu Kaisen Episode 19 will be released on Saturday, 20 February 2021, at 1:25 AM JST. Jujutsu Kaisen is officially available on Crunchyroll and Netflix. Let’s find out more about the student group battle below. 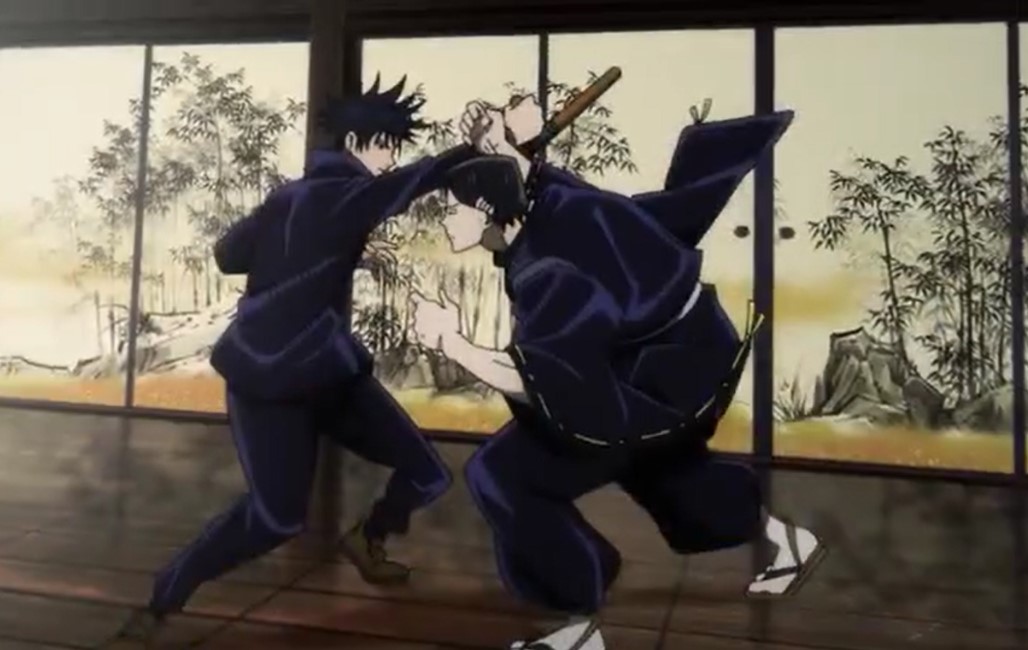 Kamo distracts Megumi by shooting the ceiling of bulling and land a body shot that sends him flying. Megumi felt that the blow landed with power, and it was difficult for him to stand his ground. Kamo unleashed a curse mark on his right eye and told Megumi to be careful. The technique Kamo is using is the one that Megumi was thinking of earlier. It gave Kamo the power to teleport multiple times in a second.

Kamo started to attack Megumi with palm shots that shake Megumi’s body. Megumi notices that he is too slow to defend with cursed energy. He realizes that Kamo is now a different person. His speed and power have changed, and Kamo realizes that manipulating blood isn’t limited to its shape and emotion. He thinks that he can control everything using that power. Meanwhile, Miwa cannot believe that she was defeated and her sword was taken.

Maki defeated her, and she also defeats Maki. Miwa thinks that Maki must be close nearby, and she took the sword to beat her. She also thinks that she became weak since her sword is taken, and she receives a call from Mechamaru Ultimate. Miwa picks up, saying it is the useless Miwa, and Ultimate told her to sleep. Miwa falls asleep after Ultimate told her to sleep. Ultimate uses a sage mode to retire Miwa since Panda defeated him at the start of the battle.

Toge calls Miwa, and he just heard the sound of a snoring person, and he throws the cellphone away. He returns his demon dog, and since the presence of cursed energy inside the cam room, Utahime notices that Miwa has fallen asleep. She told Satoru that she is heading out, and he is surprised why. Utahime comments that she cannot leave Miwa in the woods with cursed spirits wandering around.

At the same time, principal Yoshinobu Gakuganji remembers the day when he encountered a dead cursed spirit. That Kamo asks him about it. Gakuganji reveals that it is the semi-first cursed spirit to be released in the area. Kamo thought that they were releasing a second-grade. Gakuganji thinks that the second-grade won’t be enough. That day Gakuganji gave Kamo the scent and the flute used in semi-first grade training.

He told Kamo that depending on the situation; he can use it to kill Yuuji. Kamo comments that it might be hunted down before they can use it. Gakuganji comments that the semi-first curse spirit is trained to keep quiet until the flute is blown. Gakuganji is confident that Kamo will be able to place the scent on Yuuiji. He thinks that he will make it easy by mixing it with blood. Back to the present, Gakuganji realizes that Yuuji is fighting Todou, and it won’t happen that he won’t come out unscathed. 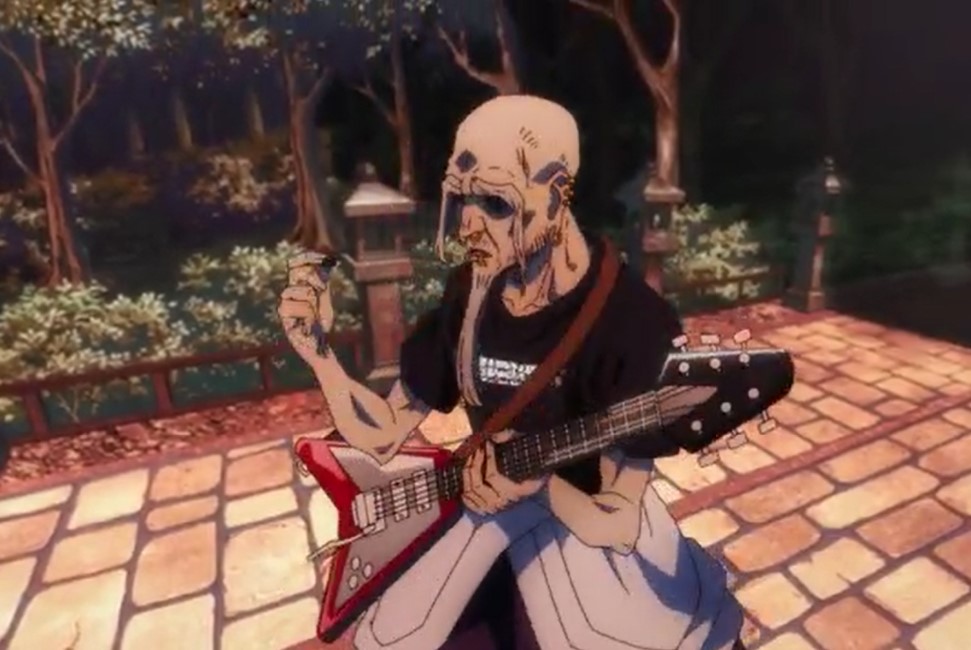 If he attacks by a first semi-grade the moment afterward, he wi surely die. Gakuganji is glad that everything is going according to the plan. He comments that Utahime can go and quickly fetch Miwa. At the woods, Toge saw the semi-first cursed spirit that got taken down with Hanami. While at the rooftop, Mahito is on the move with his crew. The principal’s plan might not work since Mahito is after Sakuna.

Megumi and Kamo are exchanging powerful blows, and Kamo is impressed that the shikigami user can go this far. Kamo reveals that he intends to kill Yuuji for his personal reason. Megumi thought that it was from principal Gakuganji’s orders. The two battle and ends up outside, where they got chased by something even Toge joins them. Inside the cam room, everything burned red, and the teachers realize that it is game over.

Utahime thinks that they might be intruders, and Gakugan realizes that they must be more powerful to exorcise the semi-first cursed spirit. He is wondering who they are, and Yaga orders Satori, Gakuganji to protect the students. They head outside and finds that the barrier is blocking their way. Satoru tries to break it, but it doesn’t work. Utahime can enter the barrier along with the principal.

Satoru reveals that they created a barrier that allows him to be left out. The two entered inside and encountered a curse user. The guy said he wants to kill fresh blood, not some old geezer. Gakuganji wears his youth band t-shirt and takes out his guitar. He told the guy to try to kill him while Megimu, Toge, and Kamo face a cursed spirit, Hinami. Kamo is wondering why the cursed spirit is here. Hinami started to clash with the trio and comments humans must die and become the sages.

You can find more details of other battles on this link: Jujutsu Kaisen Episode 18.