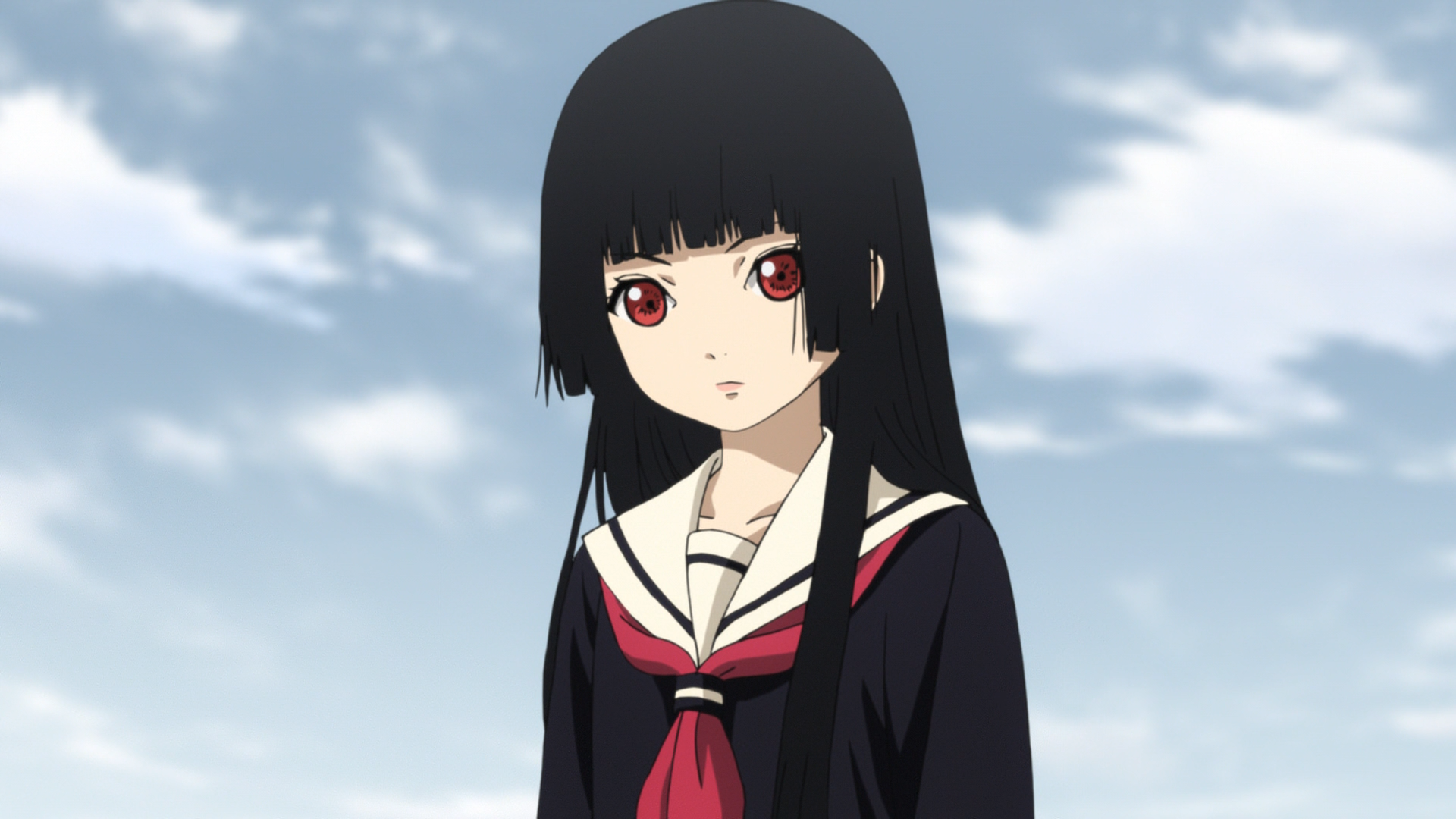 Well, all the people who love animated series must be well aware of the fact that the genre of Hell Girl is all about mystery as well as psych. The show has been directed by Hiroshi Watanabe as well as Takahiro Oomori. The plot throws the entire spotlight on a lady named Ai Enma and the contractual duties of her acquaintance in sending the despised souls to the underworld. All this while, it is shown that these punished individuals are shown no mercy whatsoever; Enma and her followers make sure that the person making this request pays quite a heavy price for their deeds.

Even though Hell Girl was episodic, it is quite popular in the anime world to be one of the chilling horror animes that terrify the audience. There even are a variety of people who disclosed that Enma gives them creepy vibes. Well, if you are a person who became fond of Hell Girl and would like to binge-watch something more of that sort, here we have wrapped up a list for your aid.

This anime series lays its entire focus on Lain Iwakura, who gets a strange email. This message is from her friend who committed suicide a while ago. After we witness Lain opening the email, she is directly transported to a Wired virtual world. This is the location where she comes across a variety of puzzling mysteries. Not to mention that Lain still has faced some strange men who know more about Lain than she does.

Here, Lain makes a tough decision to save both the world, and this is when she finds a deeper meaning behind individuality and awareness as insight. Just like we have viewed in Hell Girl, even Serial Experiments Lain has employed some of the uneasy topics. The show even has sharp psychological and thriller traits, keep all the people attached to its plot.

This anime series throws the entire spotlight on an exotic girl. Her name is Lucy, and the government imprisons her because she possesses supernatural powers. After a while, we witness that Lucy breaks through her confinement and comes across two people who are more than happy to take her in. Although these people are not aware of all the importance Lucy has to the government and the issues they will encounter.

Like the case is in Hell Girl, Elfen Lied is based on a lead character who is a female and is pretty powerful. She can murder people and feels a bit lonely from every person they are around. Both of these animated series creates a feeling of hopelessness as well as sadness.

This animated show is all about an attacker named Shounen Bat, who is pretty mysterious. He is continuously hurting innocent civilians in his own town through the means of a baseball bat. Two detectives look into his matter as they want to put a stop to all this chaos. Although, with every day that goes by, all the citizens’ anxiety gets high because they are worried that the Shounen Bat will strike them next. This show can surely be considered a race against time as all the detectives must stop Shounen Bat before every person in the city becomes overly paranoid.

Like Hell Girl, Paranoia Agent has employed various problems that are happening to new characters in every episode. Along with all the killing, the audience is also allowed to have a deep dive into the mindset of each of the new characters that are introduced. This show can be considered a classic horror genre animated series that can not be topped by some of the shows releasing today.

This animated show is all about a man whose name is Decim. He happens to be deciding the fate of the person after they have died. Each of his decisions is based on various activities that bring forth their true colors. All this while, we witness that Decim has no sort of issues with handing out proper judgments, and thus, he soon meets a person who makes Decim judging his own job. Like Hell Girl, we can see that Death Parade is also episodic and highlights some of the different characters and their stories with a plotline connected.

Both the shows are majorly focused on the Death theme and employ protagonists who appear to be very cruel at the first instance but become more open as the story goes on. All this while, you guys should keep in mind that all these concepts mentioned in Death Parade are brought out through the characters themselves.

This animated series starts with a Shinigami whose name is Ryuk. He is a death god, and he leaves a dangerous notebook in the human world. This book happens to be found by a boy named Light Yagami. Ryuk thus explains all of the powers that are possessed by Death Note. This high schooler hides behind the name Kira and uses the notebook to murder the criminals. He does so to become a hero in the eyes of many people.

Later in the show, we witness that the Japanese Task Force employs a great detective who goes by the name L to find out about Kira and end all the antics of Kira. Just like Hell Girl, Death Note is surely one of those anime series that has so many mysteries and plot twists. This is something all the fans need to see and given the fact that all of its characters are well-loved and memorable even after more than 12 years of its release.

This animated series throws the entire spotlight on three boys who have gone through a rough life. They live in the town of Suiten. Later in the scenes, we find them questioning why they can witness some of the supernatural stuff happening around them. Thus, throughout the course of this anime, we see these three boys as they are exploring a mysterious as well as a magical world. They are doing so to face all of their fears and repair a gap between this world and theirs.

By doing so, they can put a full stop to all these strange events happening around them. Like we have witnessed in Hell Girl, Ghost Hound’s timeline is a bit difficult to get used to. It also deals with the themes that concern the afterlife. Both of these shows are created wonderfully, with the character designs looking a bit similar in format.

Also read: Documentary Watch-List: 6 Exciting Ones to Stream on Netflix