The Musical Drama High School Musical: The Musical: The Series is an American Mockumentary set at the East High School, where members of a drama club and their faculties prepare for the opening night of their musical named “High School Musical.” being the school’s first-ever production. The Drama is filled with blossoms of love and romance, old friendships are tested as they make new ones, and rivalries erupt; as the students learn the transforming potential that high school theatre can offer, their lives are changed evermore.

The Drama starts with Nini and EJ’s relationship, which makes her ex Ricky super jealous, and he tries out for the school musical with Nini to win her back. Gina plots against Nini to get the role of Gabriella in West Side Story. She fake-dates EJ to upset Nini so she would drop out of the play. Also, in Season 1, Ricky’s parents split up, and he had to deal with them when they got to know about her boyfriends.

Towards the end of the season, Gina’s mother makes the decision to move, but Gina manages to take part in the play. Gina is staying put, for the time being, thanks to Ashlyn’s offer to let her stay with her until the holiday season.

Season 2 of High School Musical starts with a performance of the high school theatre students to celebrate the beginning of the holiday season, Miss Jenn has entered her theater group into a competition to win the Alan Menken Award. Ricky struggles with the news that his father is downsizing, and Nini reveals she is moving to Denver. Drama students audition for a new musical using the song “Belle. ” Ricky feels hesitant to participate in the production after Nini`s sudden departure. Carlos and Gina bicker over who can best choreograph “Be Our Guest. ” Nini returns to East High to say goodbye to the drama club and finds that Ricky begins to feel as if his relationship with Miss Jenn is disintegrating. Gina is forced to stay at East High, making her feel distant around her friends. Ej and Gina begin hosting East High`s morning news program, Kourtney reveals the completed Beauty and the Beast costumes to the cast. Nini’s performance of “The Rose Song” becomes famous online, and Ricky feels left out of her triumphant moment. Kourtney is upset that Howie kept his role in North High’s musical a secret from her.

Nini and Ashlyn write a new song, “You Ain’t Seen Nothin’,” for the students to perform and film. Ricky’s mother helps him process his feelings after his break-up with Nini, so she arranges to go on a date; Ricky helps Carlos write and perform a song for Seb. Ricky’s harness for the rigging system goes missing. Carlos and Big Red suffer from stage fright. Howie approaches Kourtney, and the pair decide to resume their relationship.

How to watch High School Musical: The Series Season 3?

The High School Musical Season 3 is streaming exclusively on Disney + Hotstar following the release of season 1 and 2 of the series. High School Musical: The Series is streamable in up to 4K quality with Dolby Vision high dynamic range (HDR) and Dolby Atmos sound on all compatible devices. 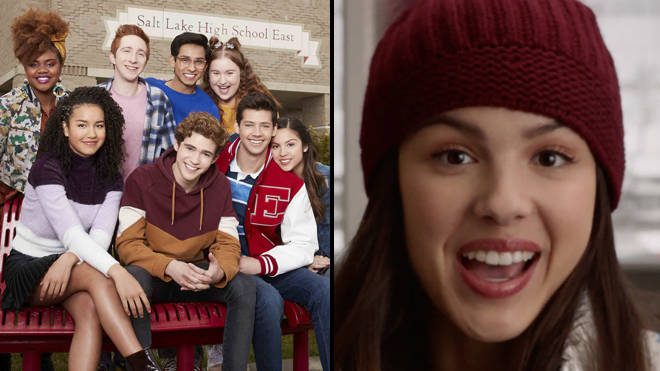 The High School Musical Season 3  trailer was dropped in the month of June, and it included a few new faces along with the old cast also Olivia Rodrigo, who played the role of Nini, has been pursuing an excellent musical career, so her return was a little uncertain, but her character was still left unopen at the end of season 2, later she confirmed that she would be returning and the season is now all set to air.

When to watch High School Musical: The Series Season 3?

The High School Musical Season 3 is an eight-episode series with the first episode airing on July 27th up till the final airing on the 14th of September.