Gossip Girl 2021: Everything You Need to Know About The Sequel 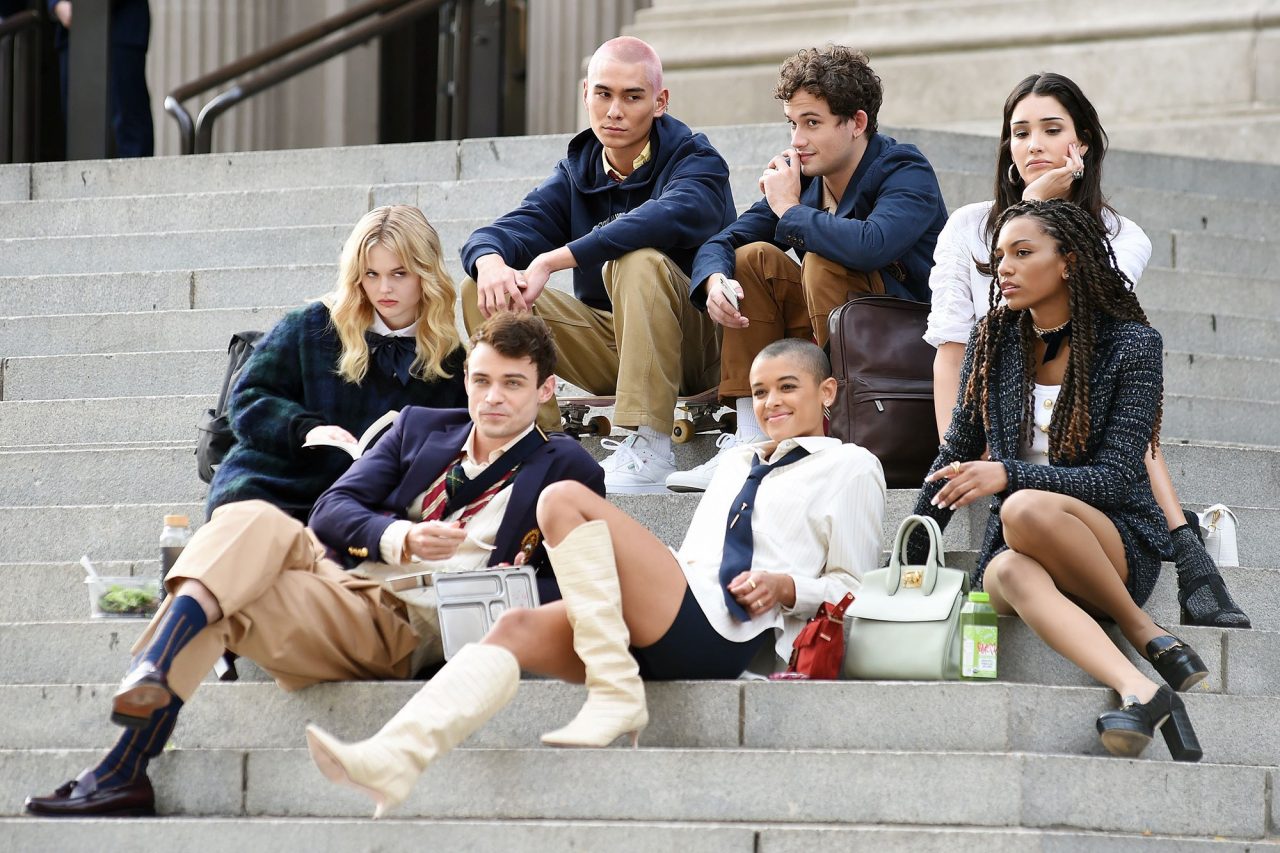 Gossip Girl is a popular American teen drama television drama series that ran for six seasons from 19 September 2007 to 17 December 2012. The series is the adaptation of Cecily von Ziegesar’s popular young adult novel series. Gossip Girl follows the lives of young upper-class adolescents living in the Upper East Side of Manhattan, New York. Their lives are disrupted due to a mysterious blogger known as “Gossip Girl,” who publicizes most of the things going on in their private life. The series will finally return on the small screen after 9 years of its conclusion. Gossip Girl 2021 is an upcoming sequel of the series that tells the story of approximately ten years after the original series’s events.

The show was confirmed as a revival of the series for HBO Max in July 2019. Initially, the show was scheduled to be a “reboot” of the Gossip Girl. However, the show’s creator Josh Schwartz confirmed it to be a sequel to the original story. Karena Evans, a Canadian actress and director, will be the director of the first two episodes. Filming of the series started in early November 2020 in New York City. Here, we will discuss everything you need to know about the upcoming Gossip Girl sequel.

As mentioned earlier, Gossip Girl’s story revolves around the privileged teenagers who live in Manhattan’s Upper East Side. The series follows Blair Waldorf, Serena van der Woodsen, Chuck Bass, Nate Archibald, Dan Humphrey, and Jenny Humphrey. Blair is the “Queen Bee” of Constance Billard School for Girls, who lives with her three-time divorced mother. Serena is an “it girl” of Constance Billard and Blair’s best friend. She mysteriously disappears before the events of the series and returns in the first episode of the series. Nate is Blair’s childhood boyfriend and a student at St. Jude’s School for Boys. Chuck is Nate’s best friend and studies at the same school as him. He is the son of New York’s richest real estate mogul.

Dan is also a student at St. Jude’s School; however, he lives in Brooklyn and doesn’t fit with the Upper East Siders. Dan’s sister Jenny studies at Constance Billard and is two years younger than him. A mysterious blogger, Gossip Girl, documents the lives of Manhattan’s wealthy teenagers and publicizes their personal life. Gossip Girl relies on tips sent in by people who give whatever information they have about others. The information mostly includes secretly taken pictures of the Upper East Siders.

Serena returns after mysteriously disappearing for a year. Her arrival attracted the attention of both Upper East Siders and the media alike. Blair discovers that Serena slept with Nate the night before she left New York. Initially, Serena tries to show that she felt guilty about it and left. However, she was hiding a much bigger secret from everyone. Blair and Nate break up, and she sleeps with Nate’s best friend, Chuck. Blair and Chuck begin an on-off relationship in the initial phase of the series, with neither side admitting their feelings for each other.

Meanwhile, Serena and Dan start dating. However, their relationship begins to crumble when Dan’s best friend, Vanessa Abrams, returns to the city. Dan confessed his love to her previously, but she rejects, and the two continue being friends.  Dan’s sister Jenney struggles to fit in the upper class and gain status by becoming one of Blair’s minions in the school. In the finale, the series revealed that Dan was Gossip Girl all along. He confessed he started the website to write himself into the world of the Upper East Side in Manhattan. He also shuts down the site and says that they can all move on with their lives. Kristen Bell is the narrator of the show and gives the voice for Gossip Girl. 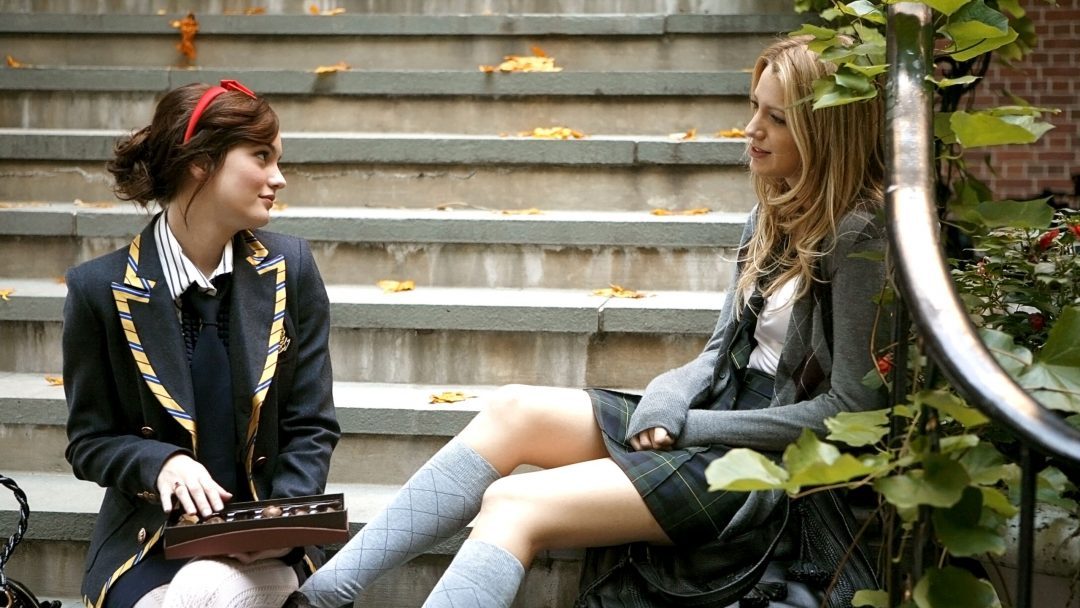 What to Expect in Gossip Girl Sequel?

Gossip Girl 2021 will feature the new generation of Upper East Siders. The series will include new characters and even a new identity of Gossip Girl. If you might remember, the original series finale revealed in the ending that Gossip Girl would be back. The final scene featured a few teenagers and a mysterious boy. Dan already quit being Gossip Girl, and the site of Gossip Girl shutdown before the five-year leap. However, the finale hinted that there would be a new youngster who will be willing to take on Gossip Girl’s role.

Apart from that, Gossip Girl 2021 will explore subjects like LGBT and non-white characters, which weren’t a focus in the previous series. Gossip Girl series creators Josh Schwartz and Stephanie Savage will work on Gossip Girl 2021 as well. Apart from that, we will see a whole bunch of interesting characters. The series will explore the changes that took place due to technology in Manhattan in the next eight or nine years after the original series’s conclusion.

The show’s executive producer Joshua Safran mentioned that Gossip Girl 2021 is continuing the original series. However, instead of a direct continuation, this series will be set in the same place where the previous characters live. Gossip Girl 2021 will freely reference the characters, and they might also appear in the series for a cameo. Joshua Safran linked his series to a shared universe, somewhat similar to the Marvel Universe.

Will Kristen Bell Return As the Narrator?

Kristen Bell is an American actress, singer, and producer. Apart from acting in movies like Veronica Mars and a few TV series, she is also famous for her voice-overs in animated TV series and movies. One of her most notable voice acting as Anna from Frozen and Frozen II. She gave the voice for Gossip Girl throughout the series. She was appreciated for her narration, and fans seem to be curious about her return.

Other actors are Johnathan Fernandez, Jason Gotay, Adam Chanler-Berat, and Laura Benanti. However, the names of their characters are not yet revealed.

When Will the Series Air?

The title itself is self-explanatory. We already know that the series will air this year. But the question is when? The series was initially scheduled for fall 2020, but it got delayed till 2021. However, due to the unfortunate outbreak of the COVID-19 pandemic, WarnerMedia pushed the release date to 2021.

Filming of Gossip Girl 2021 was scheduled to begin in March 2021, but it was also delayed due to the pandemic. The filming eventually started after Karena Evans was announced to be the director of two episodes on 2 November 2020.

There is no official announcement of the release date till now. However, the series will most likely premiere only in the later months of 2021. As mentioned earlier, Gossip Girl 2021 will air on HBO Max streaming service. The series will have ten episodes, though we don’t know whether the series will premiere all episodes at once or will air on a weekly sequence.

Workplace Comedies: What to Watch in 2021 If You Enjoy Funny Workplace Shows/Movies