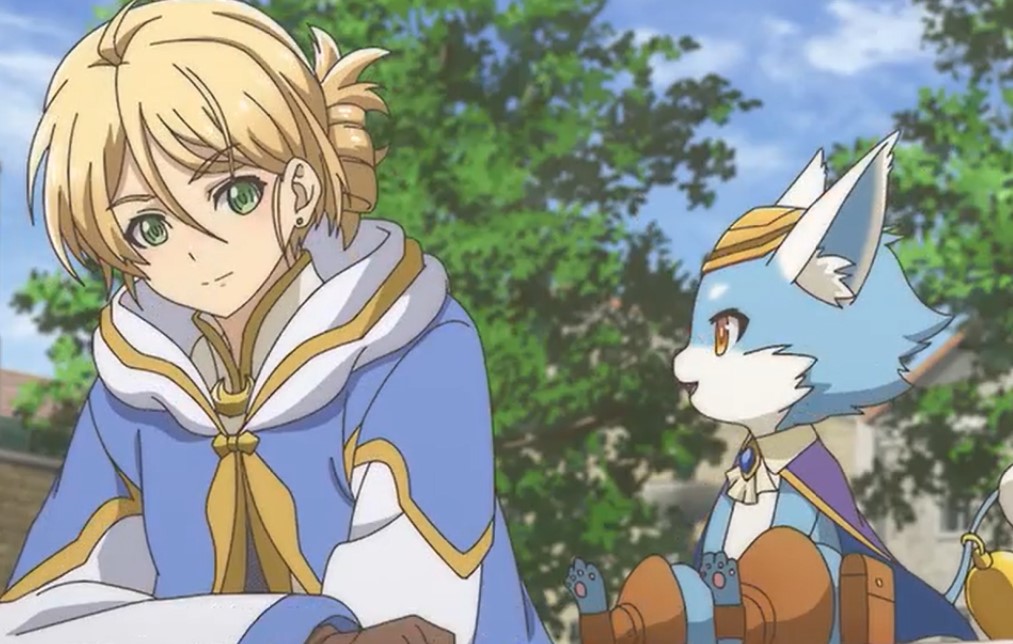 Six years ago, at the Camellian border, the war broke out; Lugis and Camellian warriors attacked their enemies. Rugis told his warriors that they must show enemies how powerful they are. He comments that the proud Camelian warriors fear nothing. They kept on slashing the enemies, but they got cornered, and Leo, along with Fernando shows up. They help them to take down the enemies, and Leo apologizes to Rugis for being late.

Fernando orders the warriors to push the enemy back with a single blow. That day Leo, Rugis, and Fernando give their enemies a shameful defeat. It has been revealed the Dominion of Olivier is one of the two great principalities that have served the Kingdom of Hortensia. Leon was the previous Archduke of Olivier and a former royal order commander. Olivier has flourished under its wise leader Leon D. Olivier.

Hortensia Saga Episode 6 will be released on Thursday,  11 February 2021 JST.  You can check this anime on AnimeLab and Funimation . Let’s find the truth about Rugis below. 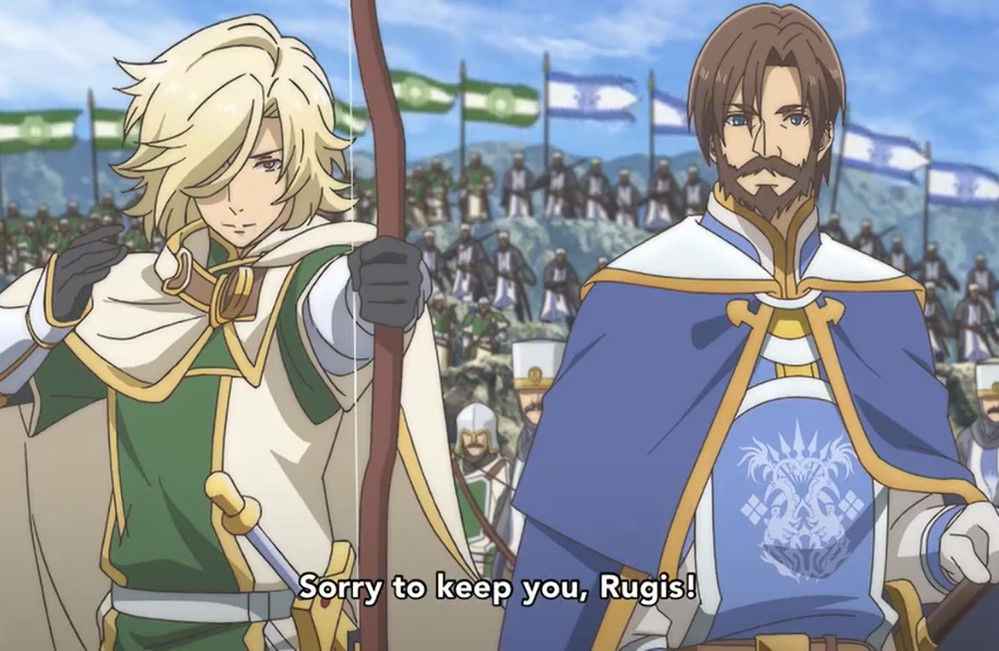 During Rugi’s uprising, Duke Leon followed the king to his death. Adelheid became the successor after the death of the king. But due to strenuous objections by an orthodox faction of the nobility. Olivier’s Dominion was stripped of its title and annexed into the Kingdom as one of its territories. During the New Holy Era, Didier talks with the Pope about assassins from Dayereh, crimson dragon Regis. They think that it won’t be easy to defeat Rugis.

Later at the Kingdom of Hortensia, Olivier Alfred and the crew are relaxing near the bridge. They are watching how life in the Kingdom has changed since there is no more war. Marius explains to Moru how life is around the Kindom, and Alfred comments they will talk about later. They must focus on what they are here for, and Maurice reveals that George is in a precarious position. Maurice recalls what George to them earlier about what he is up to.

Earlier, Alfred asks George about the Ecclesiastical Knights who attacked them at Petale village. George did not respond, but he told them that Pope had promoted Didier. Ever since Didier has been promoted, the tide is turning against the moderates, and George prefers that they must have some more trustworthy allies. At the present Marice comments that Olivier is a dominion with plenty of influence within the Kingdom.

Maurice is sure that George wants to have control of the Kingdom. Danios is bored that they are just traveling to make allies. He wishes that they were traveling to meet with beautiful women or treasures. Alfred comments that they are going to meet with a fine woman, commander Adelheid. Danios are so excited that he hears something interesting. He asks Alfred if Adelhei is pretty since he prefers pretty and cute ladies.

Alfred comments that he only knows that Adelheid is the greatest spear handler in the Kingdom. Danios said that it is not necessary; he wants to hear about beauty. They both reach the castle to ask Adelhei to ally with them. Danios is glad she met with the lady that his eyes wanted to see. He tried to be romantic with her, but Maurice grabs him away. Adelheid read the letter from George, and she agrees that she will ally with them. 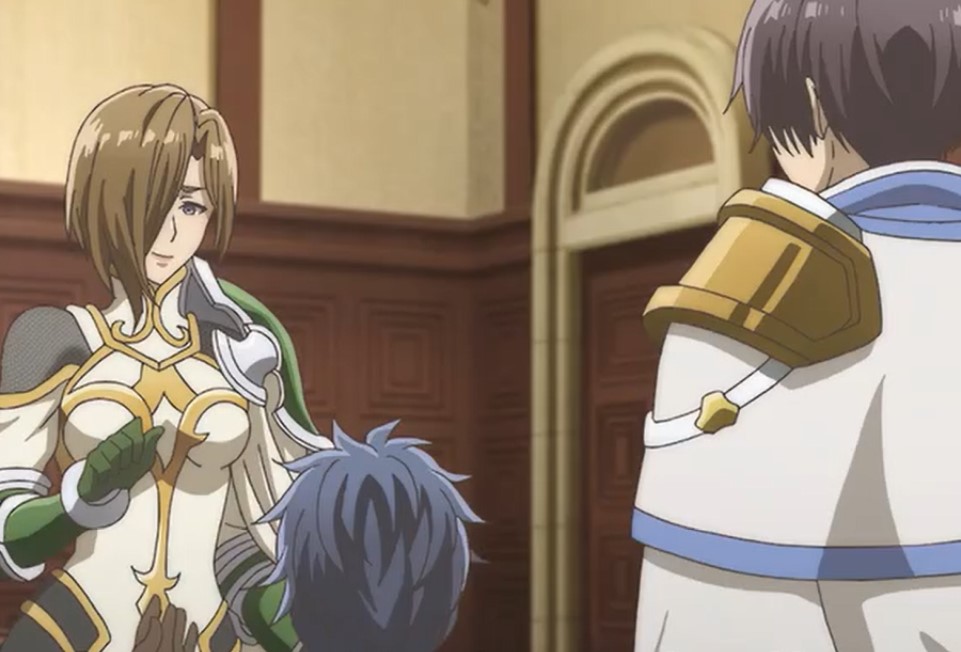 Adelheid told them about the situation her Kingdom is in, and she told them to inform George. When they are leaving, Danios comments that coming here was not a waste of time since he gets a chance to look at Aldeheid. Adelheid asks Alfred to remain behind, and Marius asks Maurice about it. Maurice reveals that those two have lost their fathers during Rugis’ uprising. They want to talk about how they grew up without their fathers.

Back at the castle, Alfred and Adelheid revisited their past, and they vow to protect their Kingdom. Adelheid told Alfred about how she used to train with her father before he was murdered. The uprising of Rugis has brought a disaster in the life of Alfred and Aldeheid. In the past, Rugis attack Hortensenia with his warriors and break a seal that opens for the monsters to kill the capital’s knights. He turned into a monster and murdered Fendando, who is Alfred’s father.

Fernando used to fight alongside Rugis and Leon, but Rugis betrayed the two since he was power-hungry. He killed them and allied with other kingdoms to become the powerful king. While they are still talking Aldeheid, saw Dieder’s knight attacking her Kingdom. She heads there will Alfred to take a look, and Maurice, with others, also arrives at the scene. They save her Kingdom while Rugis is planing to arrest Aldeheid.