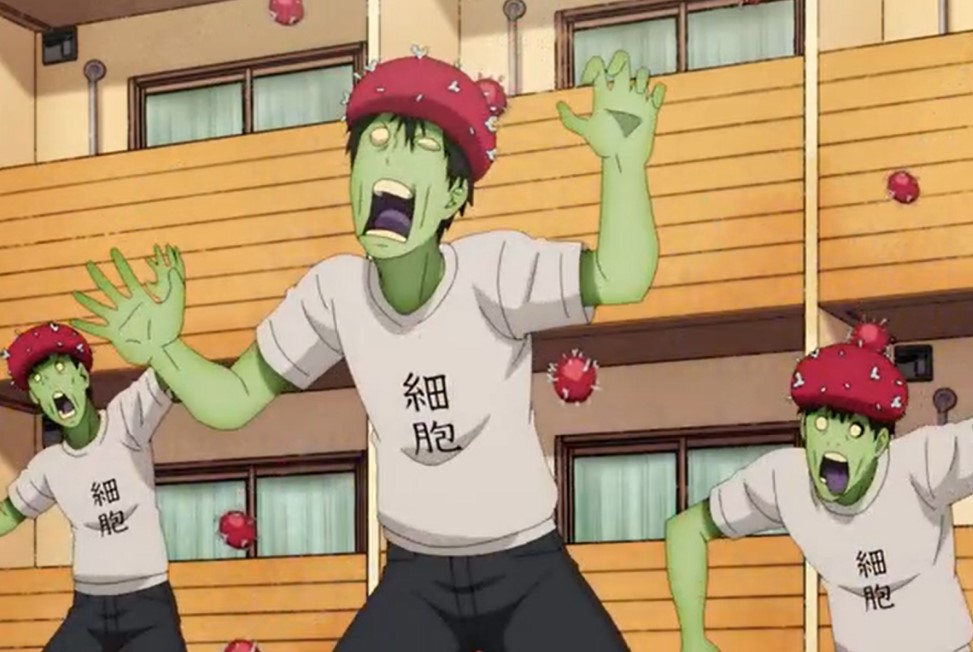 AE was delivering the oxygen, and she got chased by viruses that started to affect the other cells. White Blood Cells spotted the target and attacks in numbers. Killer also joins the battle with his team, and they swoop all the viruses in an instant. The weak cells realize that it is the same thing that is happening every day. The White Blood Cells and Killer T Cell keeps destroying the enemies with ease, and the weak cells watch.

One of the soft cells is worried that they have no role to play, and they keep on sleep. Every day the powerful Cells keep on getting is a superhero act, and they keep on watching, and all they do is take care of the scraps. The weak guy wishes that someone one day will thank him for saving their lives. He is wondering what he should do for that to happens, and he decided to train and get stronger. 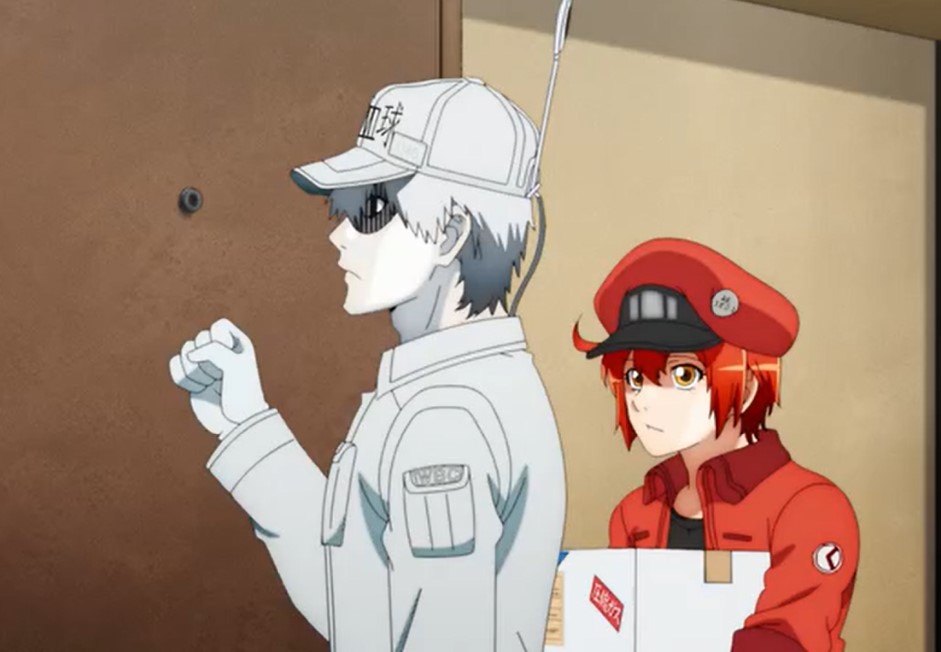 While Ordinary cell is walking, he meets with cute little germs asking for him to save them. He wanted to go and call the strong guy to deal with the situation. But he decided to play the role of hero and saved the cute little germ. Killer notices that at a distance and asks what Ordinary Cell is doing. Ordinary Cell hides the cute little germ since he knows that cells and germs don’t like each other. He comments that he was just tired and decides to crouch and rest.

AE said that she had brought oxygen for the Ordinary Cell. White Blood Cell kicked the door after hearing the voices of the germs. When he enters inside, Ordinary Cell explains what has happened, and the touch got attracted by the looks of cute little germs. Ordinary Cell told White Blood Cell that he rescued the little ones, but they got attracted to him. He realizes that germs are not allowed here, and he brought them home with a fear that they might be killed. 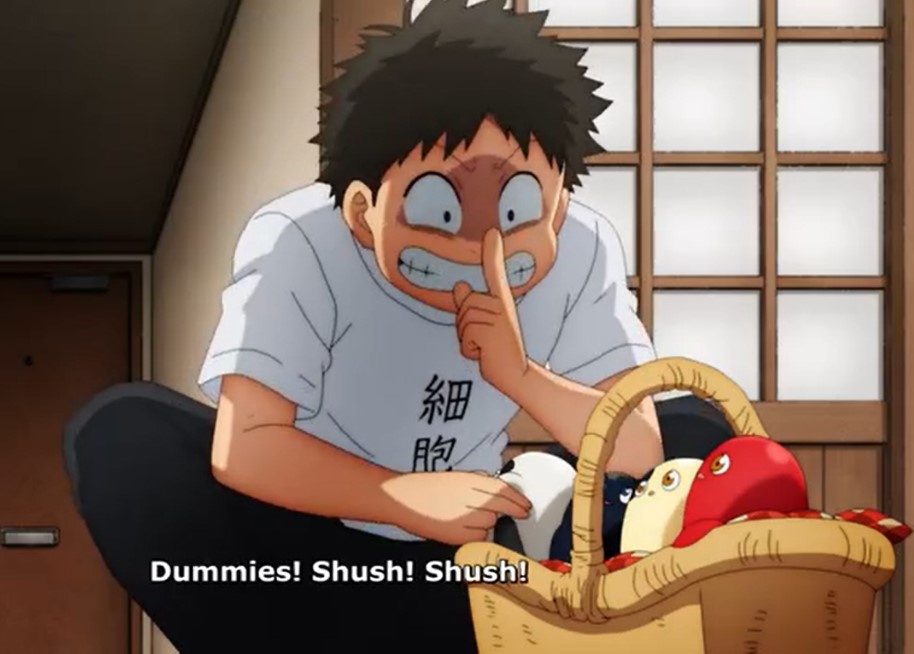 AE comments she has seen how hard it will be to turn their back on the cute little germs. White Blood Cell remarks that they cannot allow the germs to multiply inside this body. It might cause disaster or become a threat and destroy the body while harming the cells. In some cases, it could trigger hemolysis, which would destroy the Red Blood Cells or take away their nutrients. White Blood Cell comments that it will be cruel if he does it in front of everyone.

He decided not to kill the little ones and take them away. Number 4989 calls White Blood Cell informing him that they are in the middle of ar in a battle with powerful germs. They are inside the stomach, and they are being overpowered. They told White Blood Cell to call for the backup, and he heads there with the little germs.

Ordinary Cell decided to follow so that he can see how the battle will go. U-1146 reaches where the battle is taking place and ask about the enemy. The enemy shouts pylori, and the cells realize that pylori can trigger gastrointestinal diseases, causing ulcers and stomach cancer. It is a type of harmful bacteria detrimental to the human body.

They are officially known as helicobacter pylori, and they started to battle with it. The cute little germs that U-1146 came with helping them to defeated the pylori using lactic acid. After the battle, U-1146 decided that the little germs must not be executed since they are helpful germs. He comments that they are good bacteria that work for this body. He allowed them to reunite with their family, and in time of need, they will come and help them.

We conclude the next episode with all of the above development. Please look at the latest development of this Anime here: Cells at Work Season 2 Episode 4