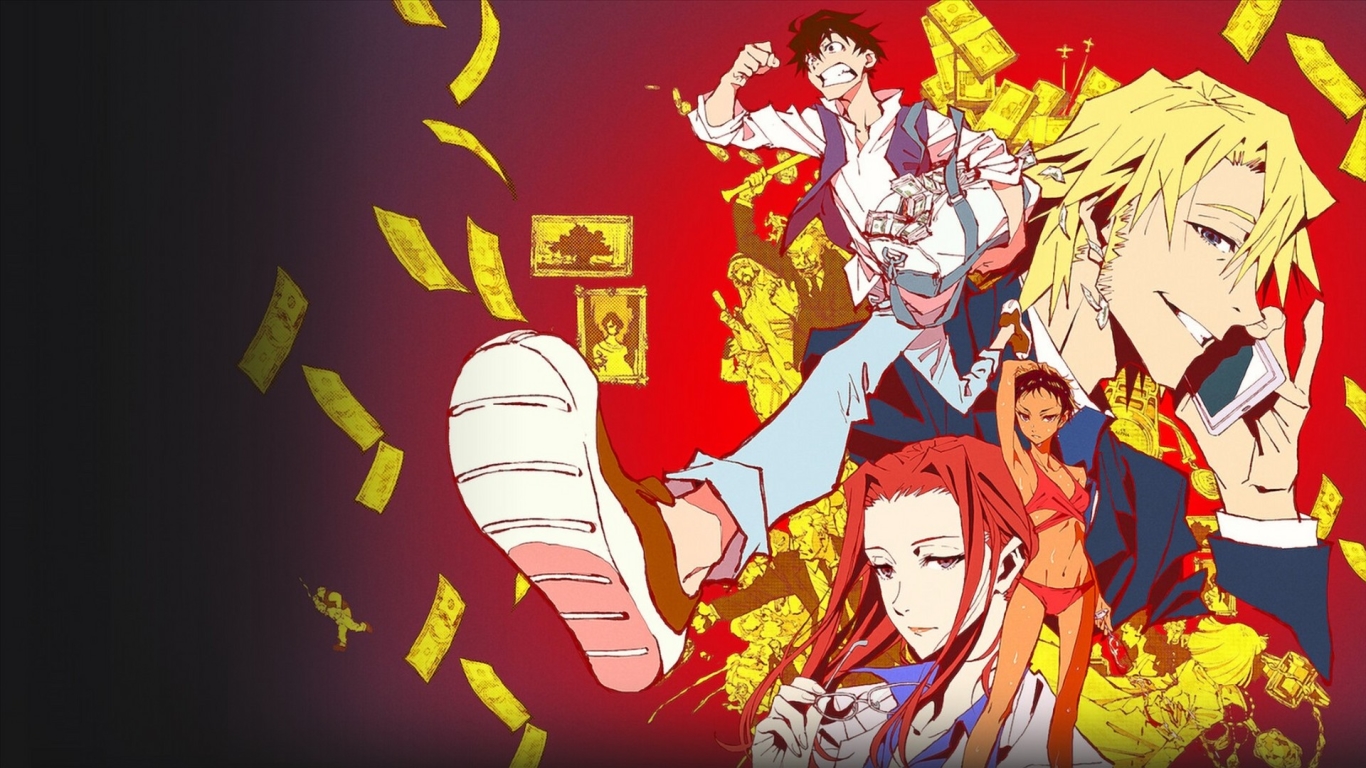 WIT Studio hasn’t been around for a long time, but they’ve easily made a name for themselves since their debut in 2013. From the shows they’ve made to their upcoming ventures, we’re confident that WIT Studio will continue to produce hits after hits.
Originally, WIT Studio created a number of post-apocalyptic and futuristic future series, but lately, they’ve become part of the romance and fantasy genre. With a studio as agile as WIT, we’ve been able to come up with a 10 anime studio you’ve got to watch. Check out our original list, since this one is a revised version.

So you will get to know about some of the other best anime from the same studio that brought up Attack On Titan.

The Ancient Magus’ Bride was WIT Studio’s first foray into the genres of romance and fantasy, and they pulled it off with flying colors. First of all, the anime is refreshing with the story taking place in England, Iceland, and Ireland. Second, the Ancient Magus’ Bride immerses you in its incredible world of dragons, talking cats, wizards, and sorcerers. And then, acoustics put together the whimsical elements, making you feel like you’ve been swept out to another realm. In a way, you might suggest that The Ancient Magus’ Bride is like an anime counterpart to Harry Potter.

This is literally one of the most popular animes of the last year, adapted from Makoto Yukimura’s “Vinland Saga” manga and produced by Wit studios. Set in the time of Vikings raids in the European nations follows the story of a young boy called Thorfinn whose father was killed by a pirate, and then tries to revenge his father’s death by killing a pirate general, so he joins his group. Later, he became a fearless soldier and acted as a shield for the Viking patrician. During this anime, there’s a pure journey from a boy to a dealer to require retribution for his father’s murder.

Great Pretender, does an outstanding job of embodying Eddie Guerrero’s philosophy of deception, cheating and stealing as they not only surprise the crowd, but make them laugh as they work together, and against each other, in their high-stakes heists. In one minute, you think they’re a band, and in the next minute, there’s too much backstopping that brings Game of Thrones to shame — only for our heroes to reunite and come out on top.
For all the shenanigans going on in the Great Pretender, it sure lives up to its reputation. Although the Great Pretender is certainly not the first heist anime, it brings the genre to new artistic heights with its distinctive art style, its bombastic music, and its captivating cast.

The Great Pretender manages to elegantly balance its diverse characteristics. It puts emotionally charged character-driven drama with slapstick humor, breathtaking action scenes with complex schemes. No matter what aspects you’ve been referring to, there’s definitely another anime out there you’re going to enjoy.

4. Kabaneri of the Iron Fortress

The Kabane are zombie-like beings who take over village after village. Ikoma is an engineer who’s trying to build a device that can destroy Kabane. Ikoma ends up being infected by a cabana but prevents the disease from getting to his heart. This makes Ikoma into a cabane; half a man, half a cabane. And it turns out that he’s not the only one.

Kabaneri of the Iron Fortress was WIT Studio’s first original anime, indicating that it was not based on any source material. And luckily for them, the Iron Fortress Kabaneri was so good that it was green for the second season. Kabaneri’s art style of the Iron Fortress is reminiscent of the Studio Ghibli film, but more refined and with a darker contrast and saturated color palette. The action scenes would make it hard for you to blink when you see the characters drive quickly and destroy any cabin in their way. It’s a stylishly chic steampunk anime you can’t skip!

5. The Empire of Corpses

England is the 19th century, where civilians use zombie bodies as their servants. This theory was dreamed of by none other than Dr. Victor Frankenstein, who had actually created an immortal corpse with a conscience. But the body is long gone, and the bodies used today are operated by a computer known as the Necroware. John Watson tries to replicate Frankenstein’s body unlawfully, but he ends up falling into a scramble to retrieve Frankenstein’s notes before they end up in the wrong hands.

This is the first installment of the Itoh Film Trilogy Project, preceded by Harmony and Genocidal Organ. Not just that, but The Kingdom of Bodies is one of Studio WIT’s first movies that isn’t a recap series. The Kingdom of Bodies has an unsettling vibe that leaves you at the edge of your seat. It’s eerie and exciting, but stunning to look at. If Studio WIT can handle a subject like the zombies, they may want to make a horror anime in the future.

Akira Tachibana was once a track and field champion before she broke the tendon of Achilles. Feeling lonely and worthless, Tachibana spends her time alone and avoids her peers on the track team. For the first time in a while, Tachibana felt a touch of pleasure when taking cover in a restaurant during a storm when the restaurant boss, Kondo, made Tachibana happy by performing a magic trick. It was then that Tachibana had met her first love.

Okay, we agree, a high school girl who’s falling in love with an older guy does sound pretty gross. But don’t fool yourself, for After the Storm is more like a drama than a romance. Kondo has no romantic thoughts toward Tachibana. Instead, they support each other by bringing back the inspiration they once lost. For eg, Tachibana had been depressed ever since she broke her foot, but after spending time with Kondo, Tachibana now feels the urge to follow her passion again. Tachibana and Kondo exchange a bit of touching moments.

7. Laughing Under the Clouds

The Kumo brothers work with the army, moving the criminal samurai who have escaped their prison cell. Tenka, the oldest brother, is the best of the brothers. Tenka will continue to laugh beneath the clouds, even in the face of risk. If the brothers try to apprehend loose samurai, they begin to hear of the great force that could overtake them.

The Smiling Under the Clouds movies is a collection of side stories. Some of the stories take place before the anime series, and some of them take place after that. While incomplete at the time of this post, we are pleased with what we’ve seen so far, and can’t wait until the next one!

Hozuki is the Deputy Head of Lord Enma, Ruler of Hell. Behind the scenes, Hozuki is the one who takes care of all matters, including missions and advice. His tactics can be a little harsh, some may even say sadistic, but Hozuki holds his head clear through it all.

Hozuki’s Coolheadedness is a funny comedy and Studio WIT’s only comedy series to date. Lucky for them, Hozuki’s Coolheadedness was so good that it earned a second season in 2017. If you like episodic anime with an amusing new mission every week, you’re definitely going to love Hozuki’s coolness. How Hozuki can keep his head cool while he’s surrounded by imbeciles is beyond us, but at least for those funny moments.

9. Seraph of the End

What was meant to be a normal day wound up being the end of the planet? Vampires show themselves and take over the human race, murdering nearly every adult and saving children. Children are basically cows on a farm to the vampires, since they are enslaved in a factory. One day, Yu and his family are attempting to flee the vampire’s clutches, but they end up being slaughtered in cold blood. Just Yu was able to break free, and now he’s preparing to become a vampire exterminator of the Moon Demon Business.

Owari no Seraph is set up just like WIT’s previous post-apocalyptic anime. The protagonist’s loved ones die at the mercy of the aliens that have taken over. Then the main character joins the squad to specifically kill the beast, and in doing so, points out that he’s different from the rest of his teammates and that he’s the secret to destroying the monsters. If you’re a fan of series like this, then there’s no Owari Seraph right up your alley. All of the best composers of all time, as an extra bonus.