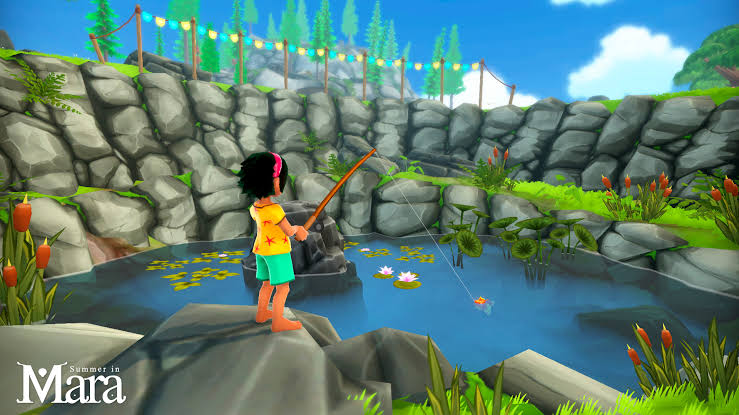 Summer in Mara is an action-adventure game that has natural RPG elements and mechanics of farming simulation. It is a game created by Chibig Studio and is based on The Legend of Zelda: The Wind Waker. It shares visuals identical to The Wind Waker.

Have a look at the gameplay screenshots below 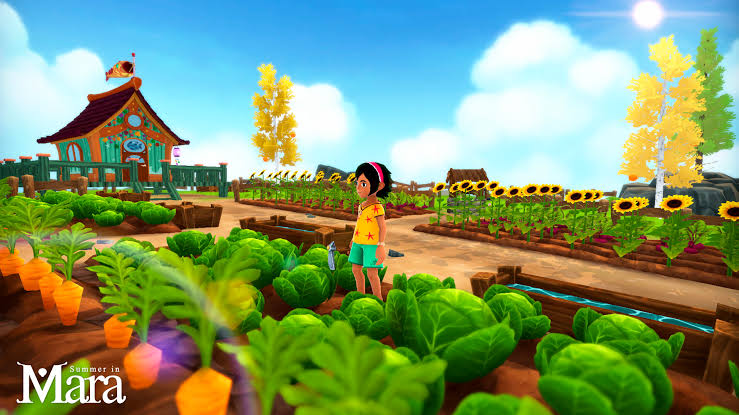 ‘Summer in Mara,’ with single-player experience, this game has a relaxing, and quiet surrounding. It has a fascinating narrative. You will be Koa. Koa is a little explorer who wants to explore the world.

The Legend of Zelda: The Wind Waker’s exploration, the farming of Stardew Valley, the visual graphics of movies from Studio Ghibli’s, all of these have some inspiration for Legend of Mara. Being an extraordinary adventure and independent.this game is supreme and extraordinary with its story.

Gameplay Of Summer In Mara

The gameplay includes taking care of your own island, harvesting your crops, developing new equipment and buildings, and sailing on your boat to discover new islands and secrets.
This game provides you with an island, but the real challenge is taking care of it. It requires a lot of hard work.

You can plant trees to get wood and create new buildings using them. You can grow all kinds of vegetables after developing cropland. You can also take care of chicken and pigs, which has a separate farm. There are other features like fishing in a pond on an island, creating things with your hammer. This isn’t as easy as it looks, so you’ll have to be careful.

Helping Koa in ‘Summer In Mara’

You need to help Koa. Using an easy-RPG system, she can develop unique abilities and evolve stronger.
In this quest, Koa will join a lot of other characters, that will also help her. But not all people in this world are loyal. In return, they want a favor from Koa. You’ll also have to complete quests with these characters. These characters will teach you about their lives and the world in which Koa lives.
As stated above, not all people are friendly, and some might be your enemy too.
A horrible corporation named Elite wants to overthrow Mara and control the ocean. Napopo is one of their main victims, an unusual creature that will seek Koa for help.

The island is ‘Summer in Mara’ has its various parts: the mountain, the coast, the ocean, the plantation, the strange door. But there are more islands, bigger than yours. The main island has a village with houses, stores, restaurants, and a lighthouse. A bunch of Quidos lives there. You can also visit the Quidos.

What is Summer in Mara release date?

Summer in Mara will be released in February 2020. We will update you once we have more details.