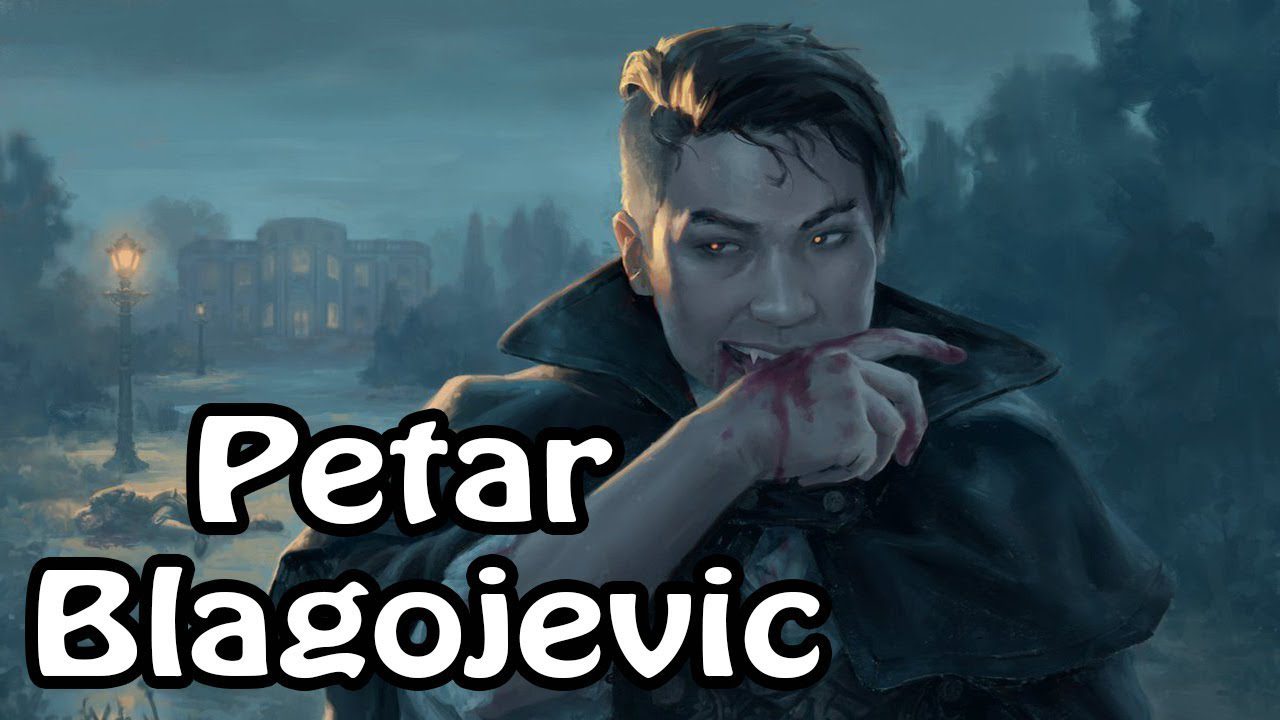 The word Vampire is derived from the Serbian word Vampir and is perhaps the most famous Serbian word. If a human being dies due to means that are not of natural causes, and especially if, under tragic, strange, and horrible circumstances, almost all of the religions in the world guarantee that the mortal remains of such a person will be reanimated by spirits and demons, and the person would return to the world of the living.

Modern culture, especially those from the West, has portrayed vampires as handsome beings who are stunning to behold. However, the Balkan and Eastern European cultures write about vampires in a completely different light. They are the animated dead who frequent dark alleyways, hillsides, mountaintops, grey graveyards, and places that are not frequented by the living. And one of the most famous cases of a vampire returning with malicious intent is the story of Petar Blagojević, a Serbian peasant who died in 1725.

Petar Blagojević lived in the village of Kisilova (thought to be the township of Kisiljevo) in modern-day Serbia. Blagojević died in 1725, and soon after, scores of people died within twenty-four intervals. There was no specified cause of death or plagues going around, but the men were dropping dead like flies.

In a short span of just over a week, nine people were dead. Almost all of the victims mentioned on their deathbed that they were visited by Blagojević at night. To make the matter worse, Blagojević’s wife swore that her late husband had visited her at their house, asking for his shoes; terrified of the entire ordeal, she moved to the neighboring village and took refuge at a friend’s house. Other stories and legends written at the time mention that Blagojević visited his son and asked for food. But when the terrified son refused to comply and reminded him that the dead didn’t need food anymore, Blagojević became furious, attacking and viciously murdering his son. Afterward, he is also believed to have cannibalized him.

Terrified of what was going on, the villagers decided to look into these claims and went to examine the grave of the late Blagojević. They were interested in looking for obvious signs of vampirism, which include the growth of beard and hair, nails, and a lack of decomposition of the corpse. Before commencing the exhumation of the body, the villagers sought the permission of Kameralprovisor Frombald, who had been appointed by the Serbian government. Frombald, who wanted no part in the mass hysteria, advised them to write to the proper authorities for exhuming a body under such claims. But when the excited and scared villagers threatened that they would abandon the village, Frombald was forced to comply.

However, when the body was exhumed, the village was in for a rude surprise. The body exhibited all the written signs of vampirism. The body was undecomposed, the hair and beard were grown, the skin was pale, and the body even had new nails (believed to have occurred after the old ones peeled off). The most shocking discovery, however, was the half-closed eyes and drops of blood oozing from his mouth. 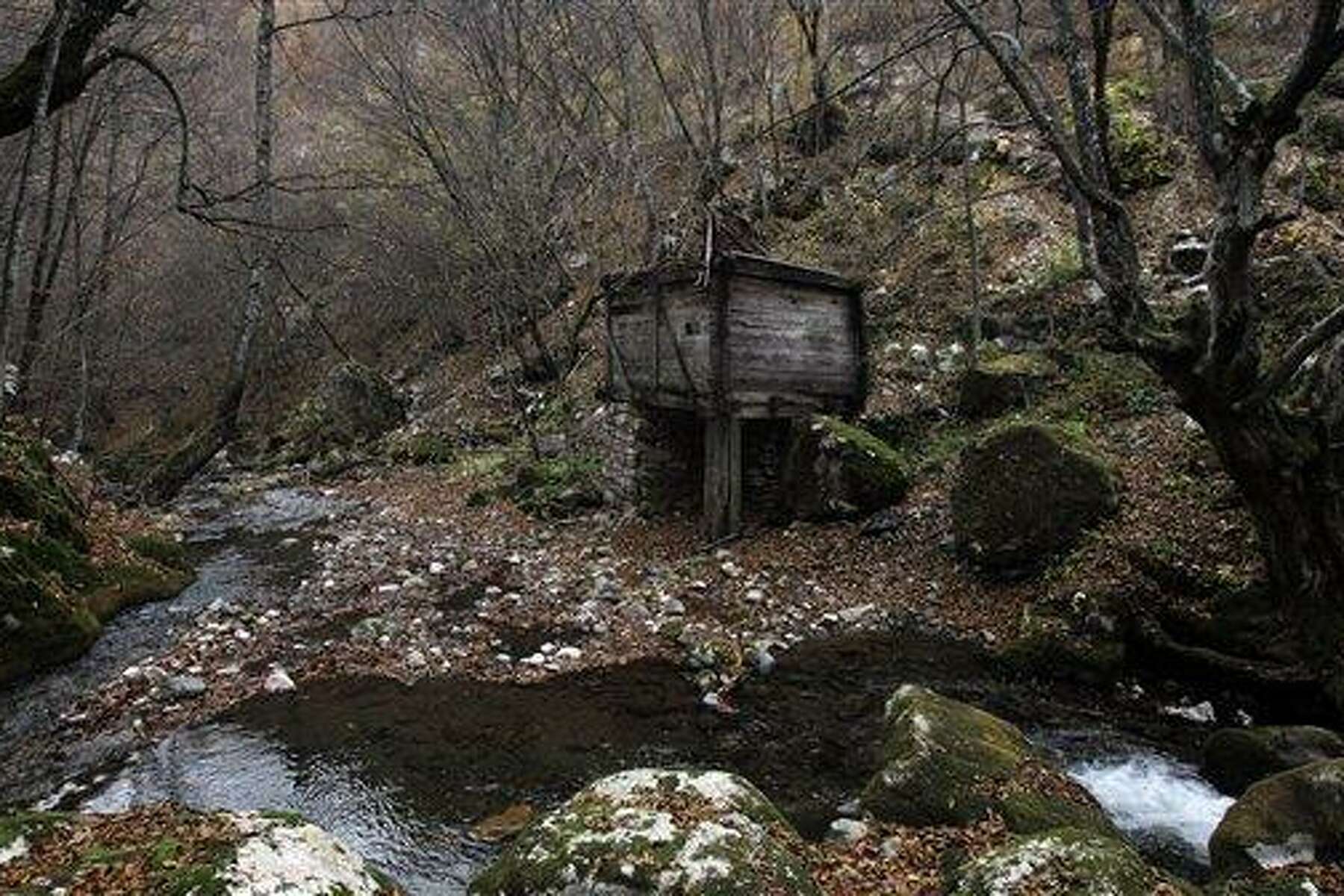 A well in Serbia is inhabited by a vampire.

The villagers went ballistic. They drew parallels to a case they had heard from their ancestors, where an old Turkish village was massacred by a vampire. The men immediately took action and staked the corpse through its heart, producing fresh blood sprouting from its eyes, ears, and mouth.

According to some legends, the eyes drew half open, and the corpse groaned before settling down for eternity. Finally, to ensure that the fiend can never return to the mortal world, the body is burned. Frombald concluded his report on the case with the request that if these actions were found to be morally wrong in society, he should not be prosecuted for it, for the villagers were beside themselves with fear. Due to the time period and the fact that the entire village was behind it and was scared beyond wits, the authorities let this one slide. Possibly to give the villagers a sense of security after such an ordeal.

In the modern world of supercomputers and scientific research, vampires are fairytales and myths for bedtime stories. It’s almost a laughing matter to even suggest that you believe in the nocturnal creatures who turn into bats at night and suck the blood out of living creatures. However, away from the comforts of modern civilization and on the dark, winding roads of Transylvania, you might see lone shadows lurking through the cliffs and wonder, what if the legends are true, after all?

Read More: The Legend Of Agartha: The Lost Continent