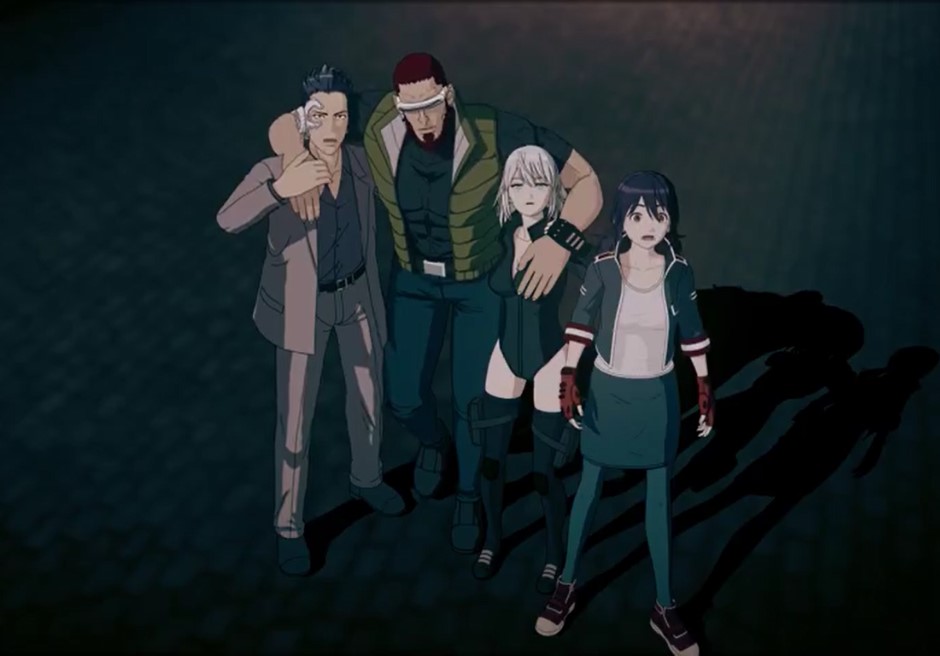 Elmira is inside the Bibot fighting with Natsume and others who have come to take the Ex-Arm. Earlier, Chief Shiga has assigned the team to a mission of taking down Mraw. They have to take the new Ex-Arm before other countries do. Mraw wants to use the Ex-Arm to create an army of android that will rule the world. Alma and Minami are trying to stop Emira from being used by Mraw. Alma protected Minami from being blown away by Bibot.

Another android arrives, and Elmira tries to check who it is, and she finds that the model is unknown. Minami also finds that the unknown model has no intel on it. The android charges and Bibot fires missiles, but they made no impact on the android. The android has managed to tear up Bibot. Bibot falls on the feet, and Chikage at the HQ asks Cheif what that is. Chief reveals that it is a cutting-edge SA-class combat exoframe designed by Iriya Heavy Industries.

Ex-Arm Episode 5 will be released on Monday, 8 February 2021, at 1:05 JST. A new episode of Ex-Arm will be available every Monday. You can support this anime official at www.exarmanime.com and Crunchyroll.

Let find out how Natsume will handle Bibot below. 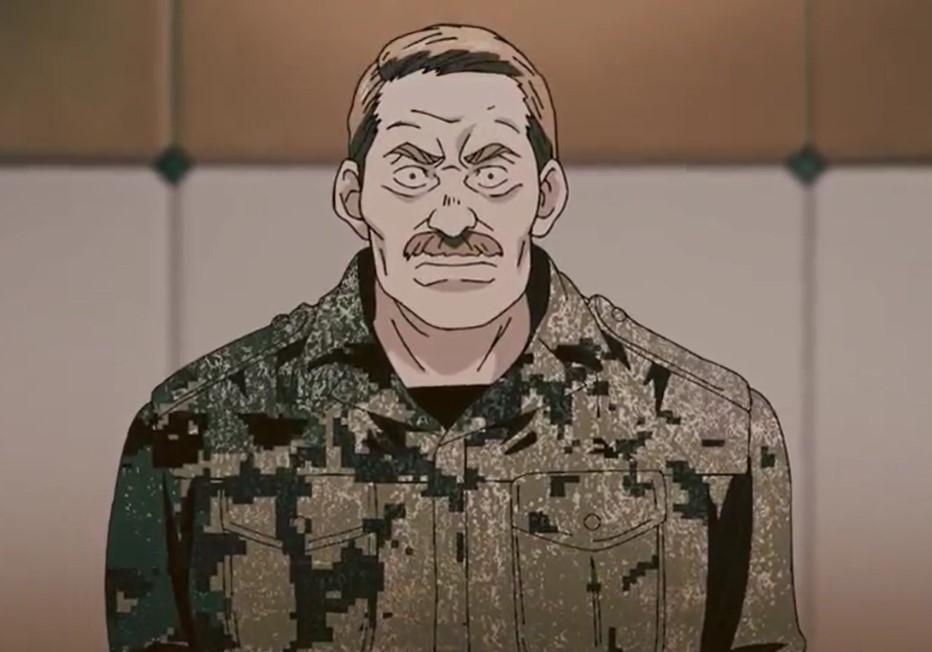 The android reveals that he is Ignis Type 02X: Ogre and Chief reveal that it was the CEO’s secret pet project. Chikage is wondering who is controlling Ignis Type 02X: Ogre. She looks at her right side and finds that Natsume is missing; she then concludes that Natsume controls the android. Chikage is surprised at how Natsume was able to get the android moving in a matter of few seconds.

Chief reveals that they needed the prime mister’s approval to deploy the android. But it was not a problem in the SEZ. Chief reveals that he got the green light for six hours of unrestricted firearm use. Bibot and Iginis continue to share massive blows, but Natsume feels like controlling Ignis is his daily routine. Elmira inside Bibot comments that anything that gets in Mraw’s plan must be eliminated. Minami asks Kondo if that is Natsume inside Ignis.

Kondo confirms that he is told that it is Natsume by Chikage from the HQ. Kondo reveals that it is an Iriya prototype and their shiny new toy. Kimura comments that he cannot believe that box (Natsume) can fight like that. Alma is hiding under the stage of a car, but her arm is cut. One of the soldiers reports to the UN base telling major Whitman about the situation. Whitman responds that why a police force has such powerful weaponry, who do they think they are.

He is worried that the soldiers never has a powerful weapon like that. Whitman comments that they cannot let the police act like they own their turf. He asks the team to connect him with the States, and he is out of Mr. Nice Guy’s role. At the battlefield, Natsume orders others to rescue the citizen since he cannot hold Bibot. They agreed since the Ignis can go in a sleeping mode during the battle.

Natsume fires some bullets, but he is worried that they cannot penetrate the thick armor of Bibot. Minami wanted Alma to rest since she is using one arm, but Alma decided to help with one arm. At the HQ, Chikage is wondering if there is a way to take that Bibot down. Alisa comments that she has found it; it is Alma’s missing arm. Alisa reveals that the piece of the bodysuit attached to Alma’s arm has sent an SOS. 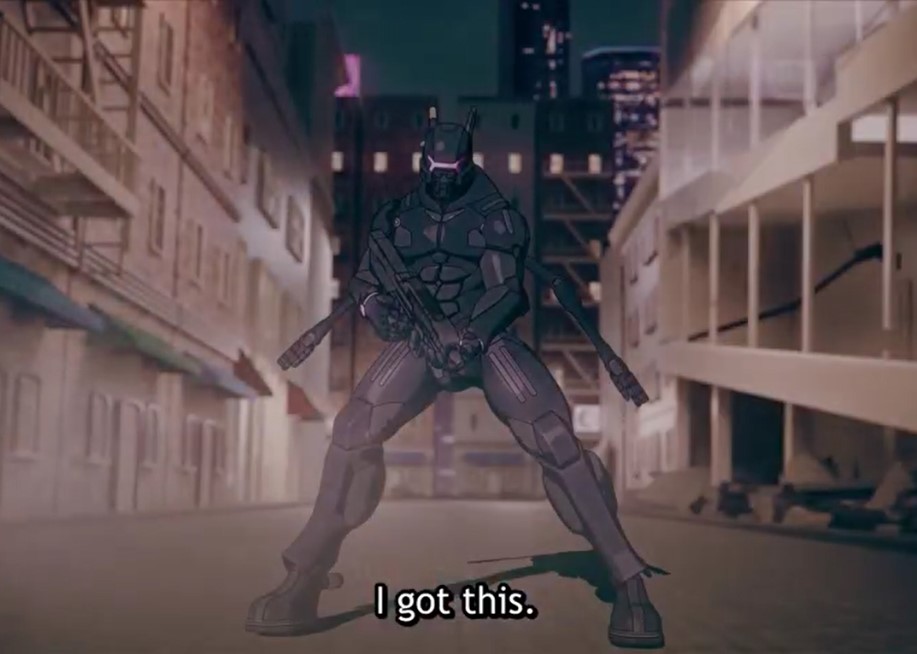 They find that Alma’s arm is in the Tokyo Bay waters, and they are wondering since it is far from the battlefield. Alisa asks for the drone to be sent to retrieve Alma’s arm. Bibot has managed to grab Natsume, but she feels pity for him. She decided to let him free since he could not fight back. Natsume lures Bibot under the building that he shoots, and it falls on top of her. Alisa and Chikage have managed to retrieve Alma’s arm, and Chikage is trolling it using a drone.

She manages to find Bibot’s weak points, and she told Chikage and Natsume what they have to do to take Bibot down. Alisa orders Natsume to attack Bibot at close range and force her to deploy her portal. Chikage will launch the bomb at that portal and send it flying to Bitbot’s face. They hit the target and find that Mraw is also there, but his brain is dead. Alisa is wondering how Mraw’s Ex-Arm is still functioning.

She has found that Mraw embedded an illegal data-sharing device in his brain. Chika realizes that it is a brain implant. Natsume hacked the device inside Bibot and saved Elmira, who was controlling it. Elmira regrets that she failed to make master Mraw’s plans work. She crawled and went ner Mraws’s body to say goodbye. Natsume wanted to finish Elmira, but Alma stopped him. He realizes that he has the courage to become human again.

That is what Ex-Arm was all about; take a look at the previous episode here: Ex Arm Episode 4.