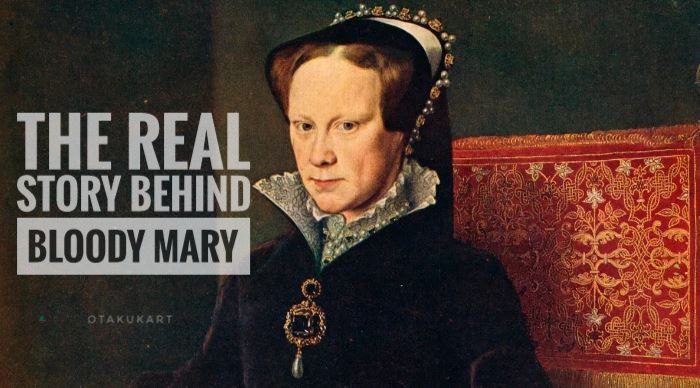 When Bloody Mary’s name comes, many of us may picture the cocktail, the one containing vodka and tomato syrup. On the other hand, a large amount may best know her from ghostly traditional beliefs, myths, tales, and practices of a people, transmitted orally. You know the one belief when she steps in front of a mirror and chants her name repeatedly. After uttering “Bloody Mary” three or more that, depending on which type of ritual you witness, her apparition then reveals someone’s future.

Allegedly, Bloody Mary will either show you an of your future spouse or of a skull, indicating that you will die before having the chance to marry. If you heard this tale when you were a child, your friends probably dared you to summon Bloody Mary’s spirit in a group play.

But what is the real story behind the Bloody Mary, let’s find out here. We will tell you everything that happened in the story of Bloody Mary.

Background and Origin of Bloody Mary:

Mary was long been perceived as a feared figure, and there is a reason history granted her the title of “Bloody Mary.” Though to be among the top most evil queens in history, she spent her short, five-year reign developing a fearsome reputation for burning many protestants at stake in her attempt to reverse the English Reformation. She had arranged executions by fire while forcing many to watch their peers burn. The unwilling sectors would then suffer the same fate afterward. 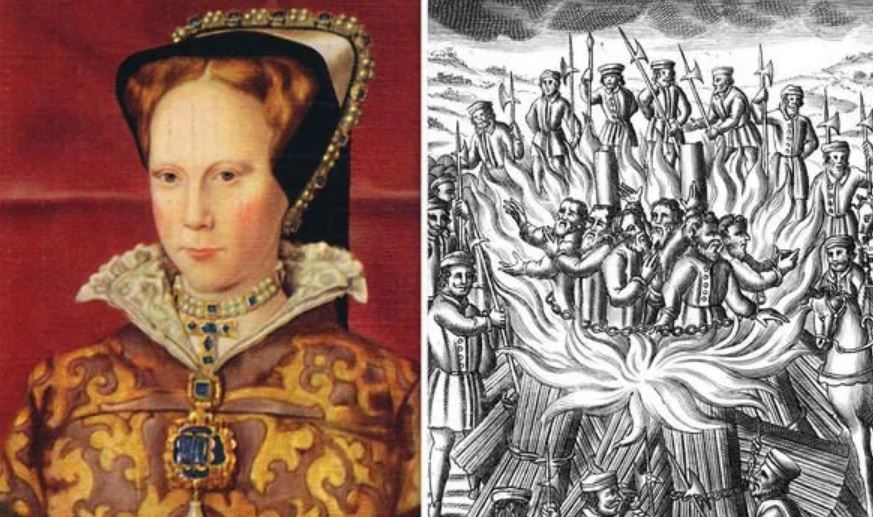 To say she was harsh is an understatement, she through all of England into terror and chaos without showing any mercy. When we say “No Mercy,” we are not kidding, she would even have pregnant women burned if she believed them as heretics, all in the name of her religious fanatism. Still, if you know her background and origin story, you might start to question whether Mary was indeed a villain or if she was actually a victim of unfortunate circumstances. Before you think we are crazy for even suggesting it, allow us to explain. After learning about her story, you can decide for yourself what you believe to be the case.

The Real Story Behind Bloody Mary: What Really Happened In History

Before Bloody Marry was the crazed queen, she was just a little girl. Born in 1515, Mary Tudor was the only surviving child of King Henry VIII and Queen Catherine, of Aragon. Initially, her life of her started out great. She was a beloving little princess of her father, mother, and the people of England. But as you already know, this is not a happy and joyful story. The one problem is that Bloody Mary is a girl who changes the fate of her mother and, eventually the kingdom. After realizing that she would not be able to give any more children and that there were not any sons of King Henry to inherit the throne, Mary’s mother Catherine, prepared Mary at an early age to become the queen of the kingdom in the far future.

Mary’s mother, Catherine, taught her different languages, especially Latin, which was at that time considered to be a language of man so that Mary could someday in the future succeed in the most masculine of roles, that of a supreme ruler. Though Henry was proud of his daughter, her accomplishments wouldn’t be enough for him later. He still wanted a son.  As the daughter of the current leader of England and the Spanish Princess, Mary was also considered a profitable commodity for marriage.

The hand of the little princess was often promised to sons of various rulers for the sake of alliances and to gain political trust. None of these betrothals fell through, though. When Mary turned eleven years old, an age which was only a year under the minimum legal age for marriage in the kingdom at that time, her future marriage contract was more seriously considered. Before she embarks into a successful marriage, however, something happens that would change her life forever.

That is, her father fell madly in love with the woman, Anne Boleyn, and wanted a divorce from Mary’s mother, Catherine. This event was probably the biggest, most defining for Mary due to the numerous outcome her father’s behavior followed. It was from this moment in Mary’s life that she would never again experience a day of contentment or happiness. Now, before you jump into judgment and think, well, lots of children’s parents get divorced, but they don’t grow up to become murderers. We advise you to consider that the anticipation of divorce was a way bigger deal then than it is now, especially for royal people. And this was no ordinary divorce between a husband and wife but, rather, an event that would forever alter the course of the history of England.

Other than that, there also was a sequence of negative consequences that resulted from this momentous change because of her parent’s divorce, which caused a lot of trauma in Mary’s life. And on top of everything that was happening, Mary’s health was not the greatest. Specifically, she experienced several menstrual problems, thought today to be endometriosis. She had something known as Dysmenorrhea, which gave her agonizing pain and screaming, worse than the typical monthly discomfort that many women endure.

It was chronic and recurring. This was termed her “usual trouble” or her “old disease” by royal physicians of that time. Her weakening pain, accompanied by irregular hormone fluctuations in her body, also frequently caused Mary a serious depression, which only served to incense her misery. Today after the development of medical science, we now understand that stress can make the symptoms of endometriosis even worst, and Mary experienced plenty of tension when Anne Boleyn entered the story. 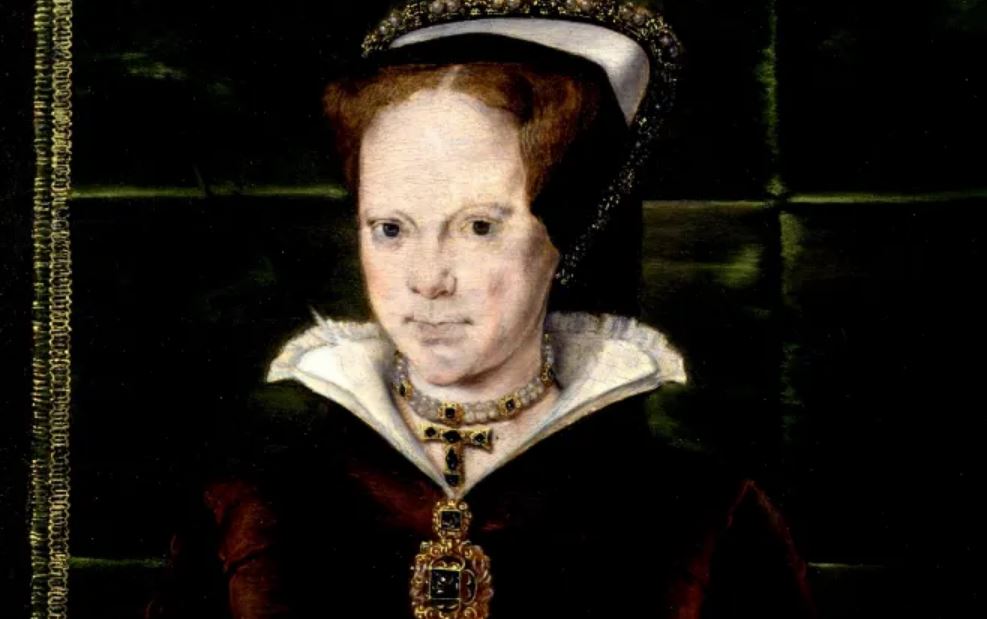 Mary’s intense anxiety provoked a particularly nasty flare-up of agony in 1531, soon after Henry forced her mother, Catherine, to leave the court while treating Anne as the new queen of England. After being denied by the Pope, when her father, King Henry, granted himself the divorce, he disregarded Mary against the law and claimed that he was never truly, lawfully married to her mother, Catherine. He had gone from being a loving and doting father to Mary in her early years to now being a vicious, neglectful parent.

To get a divorce from the former queen of England, Catherine, and marry Anne, King Henry had to make some very drastic changes in his kingdom. One of which he had to separate England from the Roman Catholic Church and start his own new Church of England. Since the former queen of England and Mary’s mother, Catherine had been a devoted catholic and Mary had always followed in her mother’s footsteps, these drastic changes made by her father were highly devastating for her.

The new Protestant Reformation was yet another factor, actually, a major factor that added to Mary’s profound sorrow because her strong catholic beliefs held significant meaning for her, and she refused to give up on them. Many of the people of England loyally supported Mary, were on her side, and felt sympathy for both her and her ostracized mother. After all,  she had shamefully struggled aside while being publically humiliated and disgraced by the harsh neglect and mistreatment of her father.

She had been embarrassingly downgraded from the high rank of a princess to a servant for her half-sister, Anne Boleyn, and Henry’s new daughter, Elizabeth, who now possessed a claim to the throne above her. Mary was a carapace of what she once had been in the palace and would now have to witness as her half-sister little Elizabeth, enjoyed the charms of her past life. It is fair to say that Henry VIII was very cold to the daughter he had once claimed to adore and, naturally, Mary would have probably felt very jealous of Elizabeth, sad, neglected and unloved. 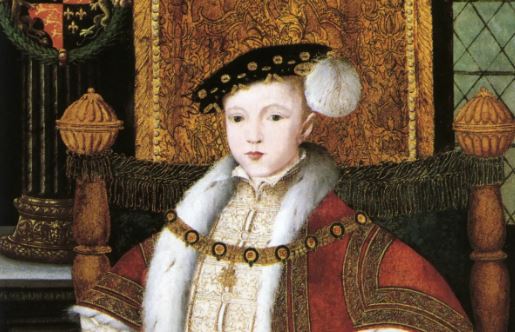 This was also obviously defaming to Mary’s status, position, and pride, as she had now lost the love of her father. To make matters worse, she was no longer permitted to see her mother either. It was also around this time when Mary experienced another severely painful flare-up from her endometriosis condition. Without any doubt, this was a very sad, lonely and depressing time for Mary, a time that would only serve to spark and fuel her resentment in upcoming years to come, and she had someday wanted to retaliate for all the painful suffering she had been forced to endure.

While all of these changes were taking place, the popular but hashed belief was that the king was making a mistake, that he was being bewitched by Anne Boleyn, and that he was turning his back on God by riding the country of the catholic faith. Even though she had been stripped of her title as a princess, many people asserted that Mary still had a rightful claim to the throne. The people of England had also adored her mother, Catherine, as their queen, but they hated the current queen Anne for being, in essence, a homewrecker. 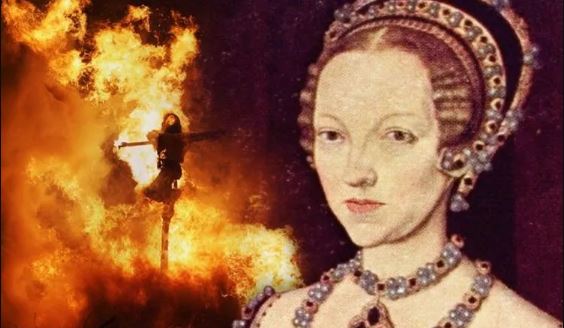 For this reason, Anne was perceived as being the worst woman, and Mary was thought to be a heroic symbol of rebellion among the people of England. It was not a surprise that Mary refused to acknowledge the annulment of her mother’s marriage and recognizing Anne as queen, relinquished her own position as princess greatly raged her father. This time, Mary was in a very delicate situation. Her very existence was called into question with whispers of possible allegations of treason to be tried against her.

Bloody Mary died in 1558, most like because of Ovarian cancer which she was suffering from her untreated endometriosis. After her death, Catholic England’s vision got crumbled, and her half-sister and King Henry and Anne’s daughter Elizabeth took the throne.

Do you wanna know more about the death of Bloody Mary? Follow this article on OtakuKart.