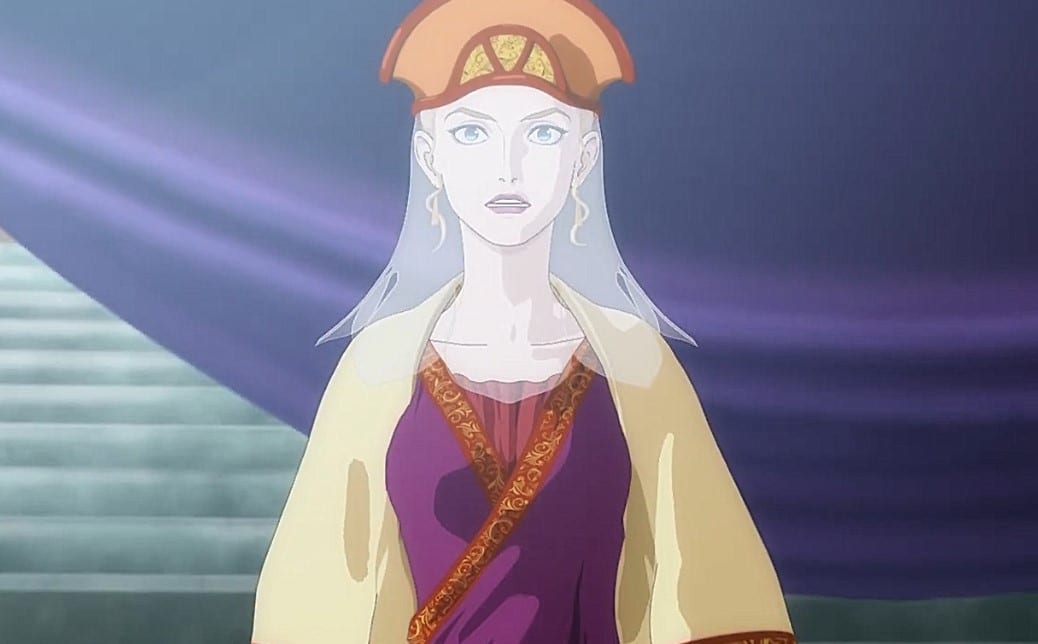 Cestvs: The Roman Fighter continues to fight to earn freedom with other slave fighters. Zafar notices that Cestvs wants to get stronger and slay his opponents. He told Cestvs that he would teach him killer moves that will knock his opener with a single blow if he is determined. Cestvs agree since during the slave fighting tournament; it is a matter of life and death. Zafar told Cestvs that he would spend his remaining time mastering the technique. Cestvs told his master to grand his hands with the strength to strike a single knockout punch.

Meanwhile, Emden is ordered to punish the slave fighter during the tournament. Sabina told Emden to get the job done since they promised, and he is the only one who can punish the slave fighters. Emden told Sabina to count on him. He realizes that it has been 16 years serving Sabina, but she never offered him any kind words. He is worried that the boy who just arrived two weeks ago is treated like a king. Emden vows that he will smash that boy. The next day the tournament is about to begin.

The episode is titled Surviving Until Tomorrow. The guards entered Cestvts’ cell and told him that he is next, and Emden is told the same. The two are in different cells, and they are not aware of who they will fight with. In the Arena, they announced the final fight of the first day of the tournament. The announcer reveals that he needs two more victories to achieve his undefeated record.

A man who has never known defeat and Pompeii’s strongest boxer. Entering the north gate, the Poppaea family taciturn gatekeeper, Emden the Guard Dog. The fans chant Emden’s name as he enters the Arena. His opponent is a fresh young fighter and vagabond fighting slave. The announcer asks if his young age makes him fearless or is he a precious hero. Entering from the south gate, a young man from Drisco’s boxing group, Cestvs the Young Boxer.

The two realize that there is no time to hold back; they have to do it. The fans comment that Cestvs is still young; he must be fighting with youngsters. They comment that they are disappointed in Emden to accept this fight. They think that Emden is picking an easy fight. The old geezer comments that there is nothing respectable about beating a kid. They started shouting to Emden that he must get a new opponent and let the kid go home. The king noticed that the crowd is angry, and they want this fight to be called out.

The queen comments that it doesn’t matter how the crowd reacts. Inside the ring, Emden notice that Cestvs has the sweet face that women would like. He wants Cestvs to pay that Sabina is falling for him. Emden comments that this is no a theater; it is the battlefield. But he is worried that the crowd is not supporting this fight, and he has to fight to get his lady back. The fight begins, and Cestvs started quickly rushing his opponent. He realizes that Emden’s stance is hard to break.

Emden comments that if Cestvs want to be popular with women, he must be an actor. Zafar notices that Cesvts has chosen the right choice to strike at full speed without giving Emden a chance.  Emden thinks that Cestvs is a kid who can’t beat him. Cestvs continues to attacks with heavy blows looking for an opening. Emden stays on defense mode, and he started to feel heavy blows.

Cestvs landed a counter and a right hook that knocks Emden. Sabina stood up, and the crowd can’t believe that a kid knocks Emden. The crowd wonders if this is an easy victory for the kid. Emden gets up and realizes that he never thought Cestvs to be strong like this. He started to punish Cestvs and realizes that there is no mercy. Cestvs got knocked twice, and he wonders if he is going to lose and die. The fight continues with a 2:1 knockdown.