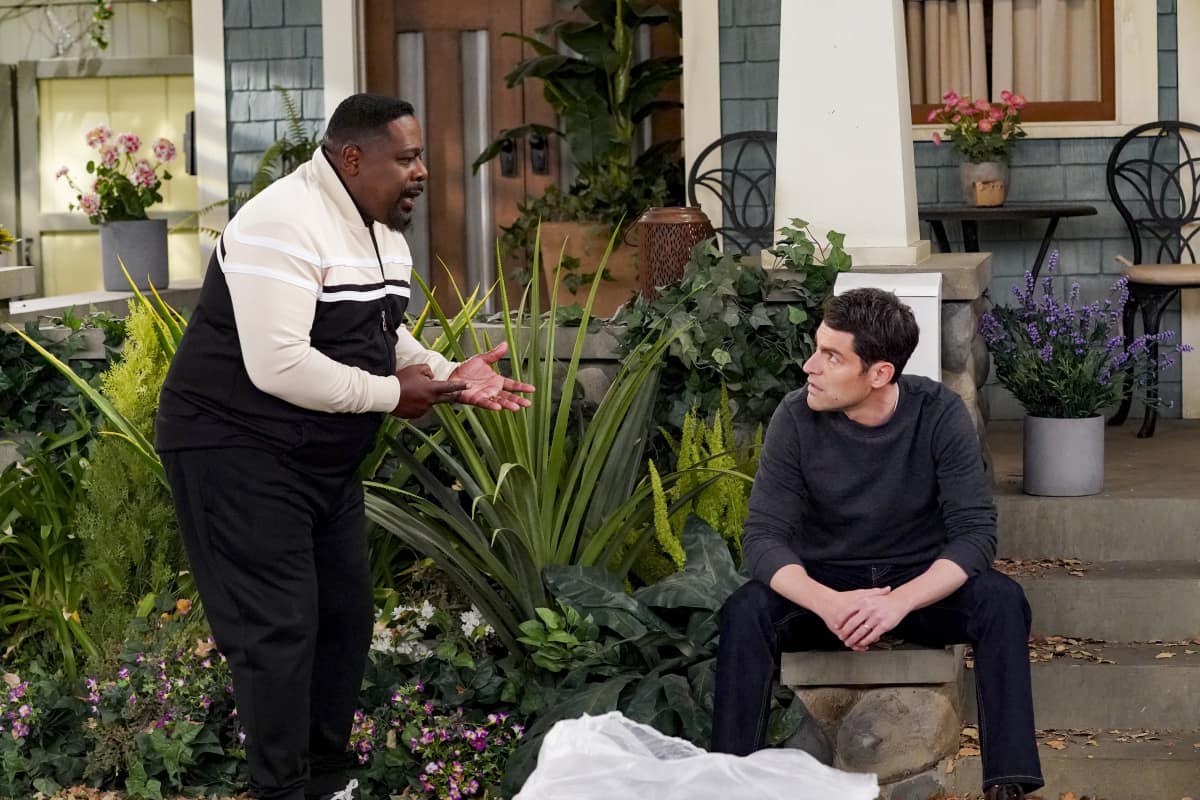 The Neighborhood, the CBS sitcom that has been making its way lately. Created by Jim Reynolds, the series has taken a break from airing its 10th episode, but not for too long. Originally airing on October 1, 2018, the series has so far covered two complete seasons. It was renewed for another two seasons with the third one going on currently covering a total of 9 episodes. The series received a pretty mixed to a negative response on its premiere season. Still, the potential of the cast has long been appreciated. It aims to improve in the ongoing third season that has so far managed to score a decent amount of viewership.

The Neighbourhood follows the story of Dave Johnson (Max Greenfield) and his family who move from Michigan to their new dream home. Soon, they realize that the community they are about to live in is quite different from the previous one they lived in. The family tries their level best to fit-in the new neighborhood with the help of their neighbors.

So, with no further adieu let’s take a look at what happened previously on The Neighbourhood. Also, what we can expect from the upcoming 10th episode of season 3.

So, previously on The Neighbourhood, the boys were officially moving out of the house. Calvin and Tina celebrate until Gemma realizes that she doesn’t have her phone with her. Upon giving the call, someone at the other end responds and now her phone is officially stolen. The thief asks for $300 for returning the phone safely. While Gemma isn’t worried about it too much since she has a backup on the cloud. Dave on the other hand is angry and wants to bring the cell back. Calvin finds Dave in a pretty angry mood and calms him down telling him they can still get it back. 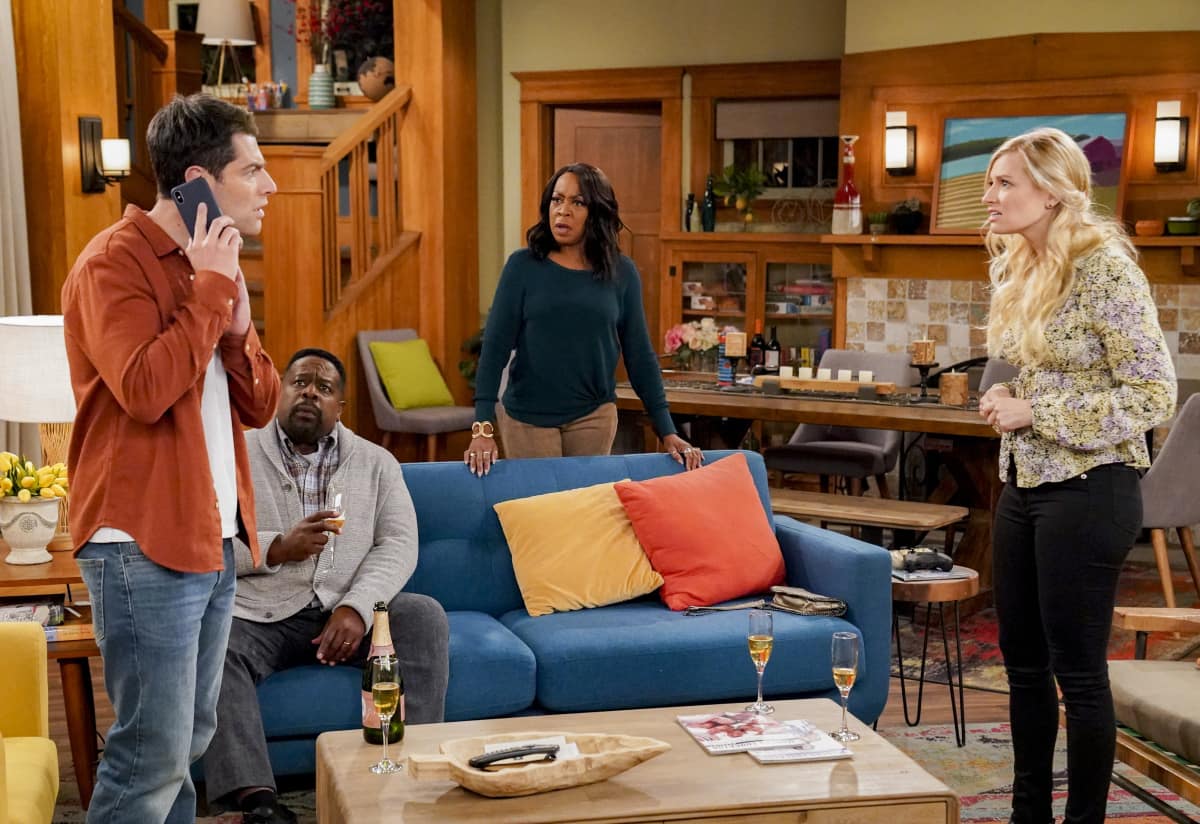 Still From The Neighborhood Season 3 Episode 9

So, Calvin and Dave devise a basic plan of setting up a meeting with the thief. They will exchange the money with the phone. But, one difference is that Calvin will sneak in out of nowhere and confront the thief and intimidate him. The plan works but works too much. The attempt leaves the thief having a heart attack on the spot.

Dave feels terrible for attempting this plan and now has to follow the thief to the hospital. In order to retrieve the phone, they need to help him out. A nurse catches Dave and Calvin sneaking around. They both start making up that they are thief’s brothers and tell made-up stories of spending childhood together with the thief.

On the other side, Gemma is furious with Dave for interfering in her matters, but still wishes he is fine. She and Tina track down their phones and reach the hospital to know they are fine. Tina is quite impressed with Calvin. She never knew he had such intimidating skills. The thief on the other hand starts recovering quickly and the family leaves before he thinks that they have arrived to finish the job.

The second plot of the episode follows Marty and Malcolm moving and adjusting Walter’s old house. There are several arguments between them on deciding who will get the big bedroom. These arguments go throughout the episode until they found out the bedroom is right above Calvin and Tina’s room. Suddenly, they both don’t want it. 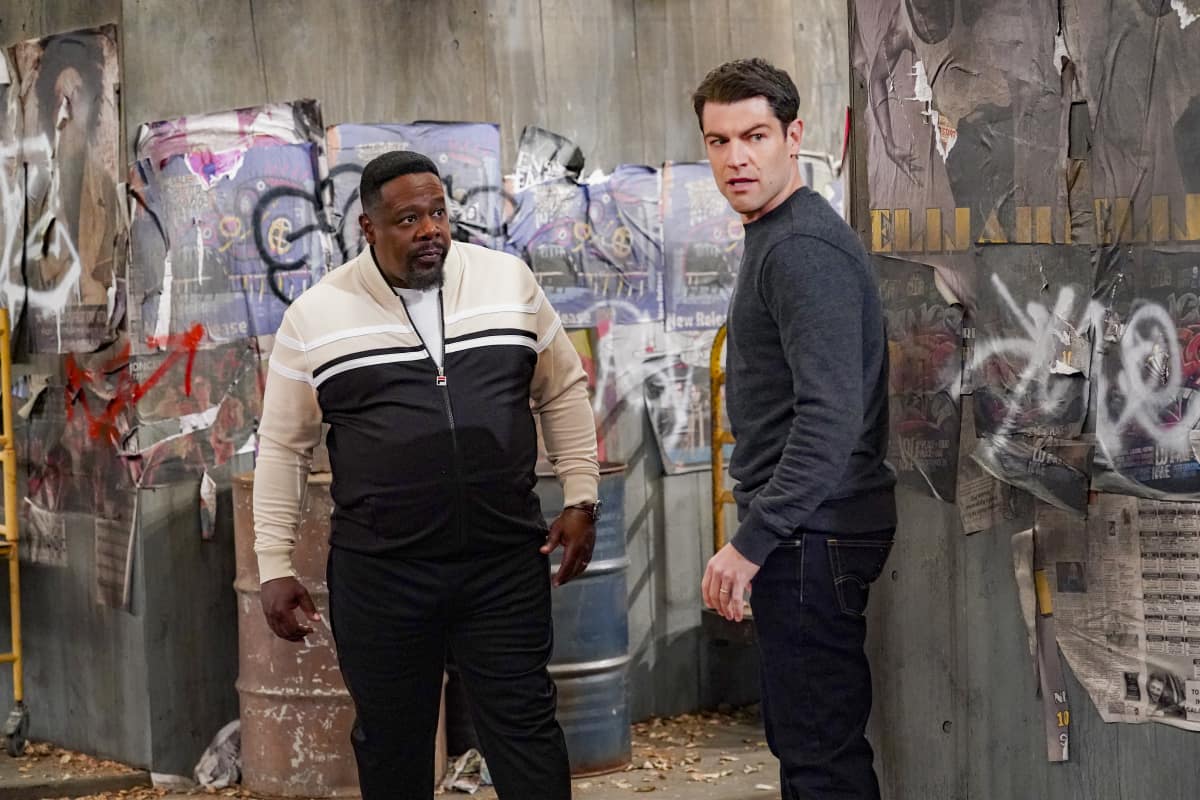 Still From The Neighborhood Season 3 Episode 9

The official synopsis of the episode states that a new change for Calvin is coming. A guy who never cared for himself. So, Dave realizes that Calvin has not seen a physician for the last 10 years. So Dave insists to go with him. He asks Butler, patriarch, to schedule one with Dr. Fisher played by Micheal Gladis known for Mad Men. While they reach there, Calvin gets more than he ever saw coming when Dr. Fisher suggests going under a routine colonoscopy.

The 10th episode of The Neighborhood Season 3, titled “Welcome to the Procedure” is releasing on February 22, 2021. At the regular timeslot of 8 pm ET on CBS.CBS also released the 20-second promo of the upcoming 10th episode of The Neighborhood Season 3. We can clearly see Calvin not relucting to go to the physician. Sarcastically, Dave is ready to do anything from writing down Calvin is his best friend on his T-shirt to Tank Top. You can check out the promo below.