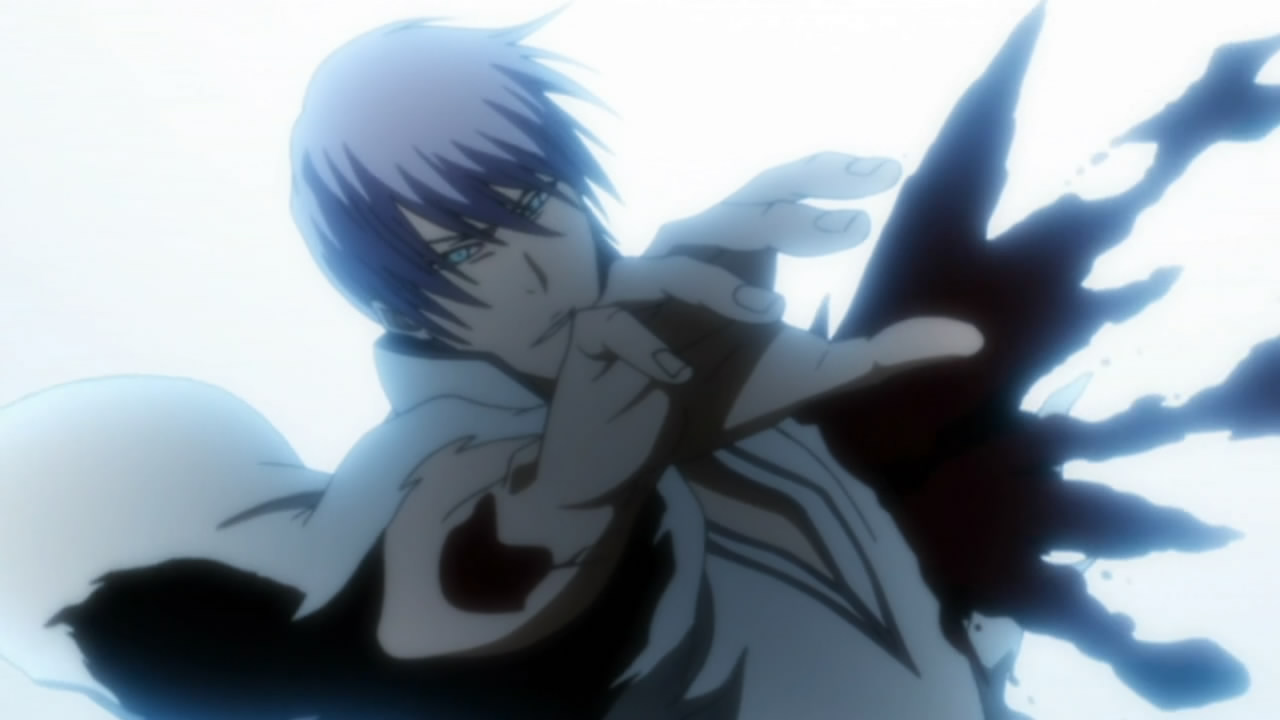 Bleach, one of Shonen’s big guns from the 21st century. Created and illustrated by Tite Kubo, the manga debuted in 2001 with an anime adaptation in the year 2004. Bleach is also one of the most popular animes coming from the 21st century marking a huge impact on its debut. It is also considered one of the pivotal anime of Shonen which also includes One Piece and Naruto. The big three of Shonen they are called. Throughout its run, the series has managed to give us a range of characters with their own unique tastes. So many characters that sometimes we might lose the track of who is who.

Gin Ichimaru was one of the characters that managed to stand out among them. The character was one of the most popular ones to come out of the series. He was ranked on Number 54 in New-Type Japan’s most popular anime characters along with three important characters including Ichigo, Toshiro, and Byakuya. So, with a character who was originally supposed to be a creep, had a lonely childhood but still was a genius, there is a lot to cover up. On that note, here we are breaking down some interesting facts about Gin Ichimaru from “Bleach”.

10. Kuchiki Byakuya Was His First Opponent 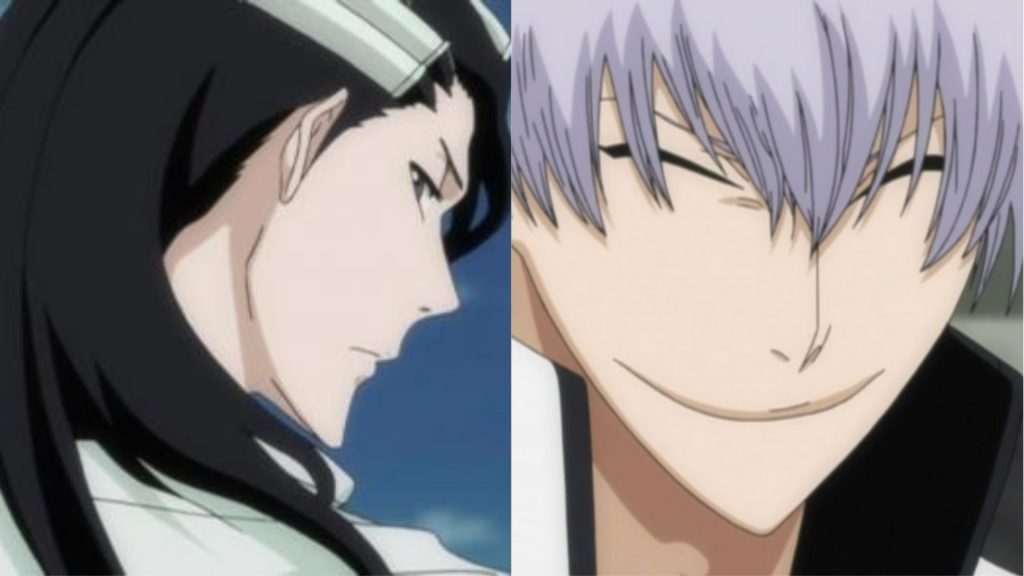 It is speculated that Byakukya was the very first person to go head-on with Gin at Academy. They had an intense battle. The fight went up to the point that they both were extremely injured. It took more than one teacher who joined to separate them by force. At the end of the day, nobody actually knows what started it all. But after their looks at the end of the fight, both didn’t want to take one more round for sure.

9. He Has A Special Bond With Kira 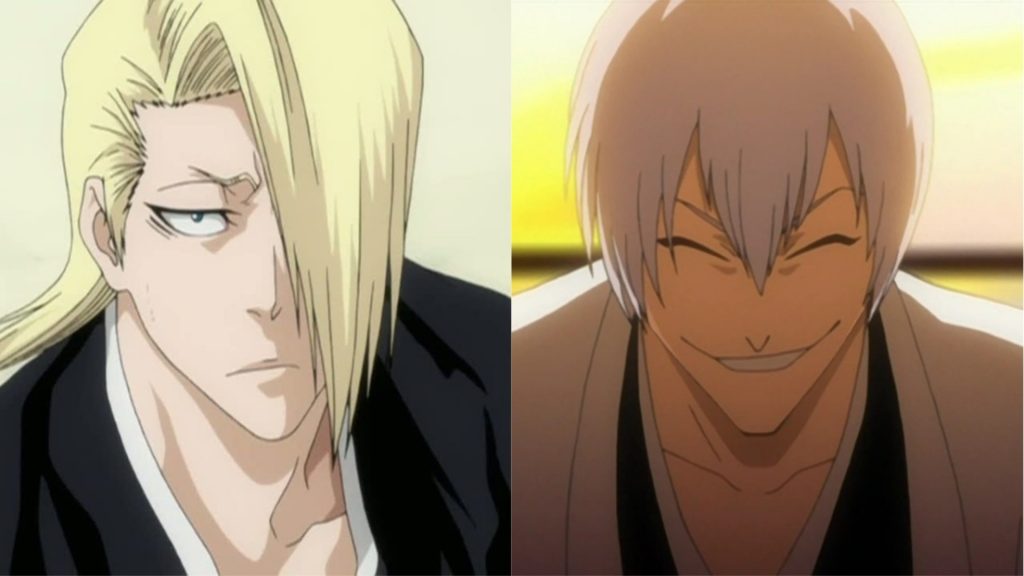 Gin always wanted to pet a puppy and thus Kira filled up that space for him. Also, Kira keeps all the sweets in his office which Gin can virtually find any time he wants it. Kira and Gin have a really strong bond. Gin believes that Kira will follow him anywhere he goes. Even to the point if they leave Soul Society, he will feel ashamed to leave Kira behind. He will always miss him hurling around. 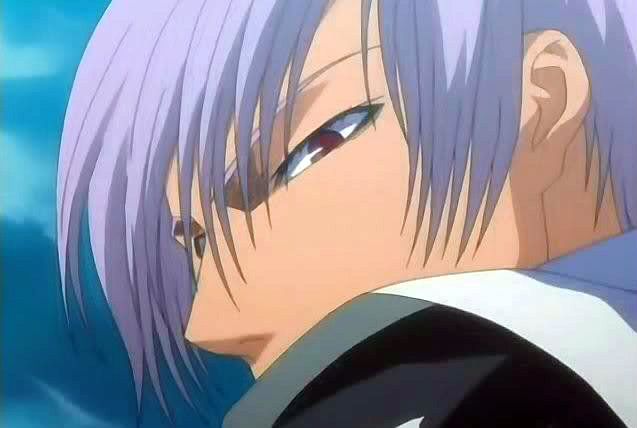 Gin, being a grown-up now still hates when it comes to sleeping alone. Right from childhood, he had Ringuko around him as they slept together. It’s been said that sleeping alone reminds him of his days as an abandoned child. He remembers those days as cold, lonely, scary, and nothing like a memory he would like to reminisce about.

7. Gin’s Battlepowers are all scored to 80 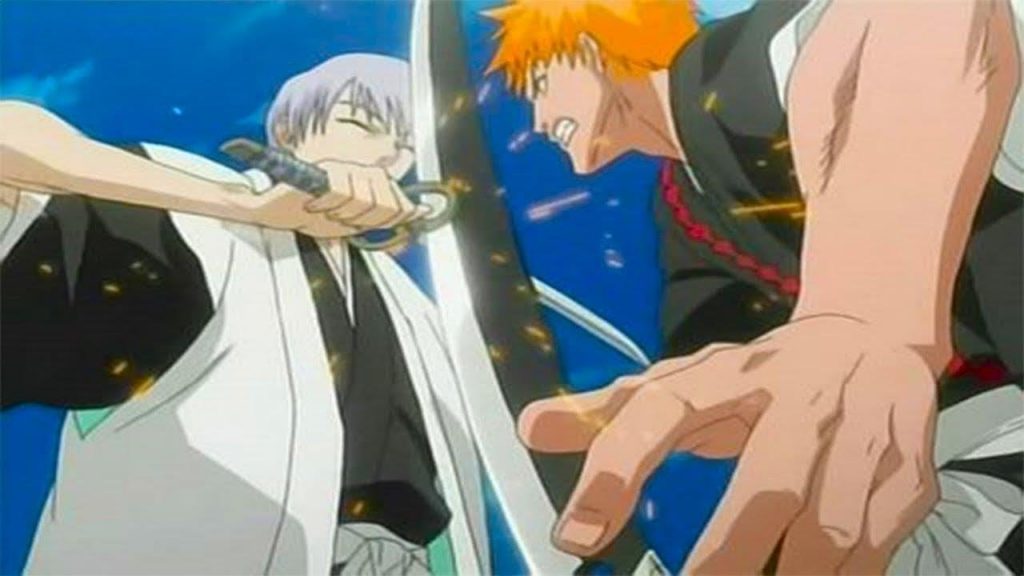 There was a time when Gin’s battle power and details were released out in open. Surprisingly the child genius scored an exact 80 in all of them. The battle power statistics consisted of offense, defense, intelligence, mobility, kido, reiatsu, and physical strength. Scoring 80 in all, his total battle power was summed to be 480 out of 600. 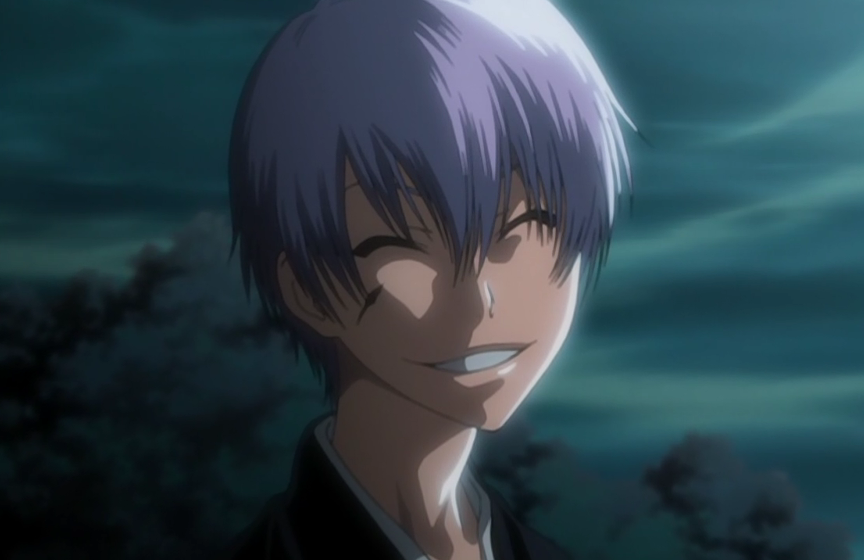 As a little kid, Gin was popularly considered a child genius or in other terms a prodigy. As a student at Shinigami Academy, he was efficient and professional at all his classes to the point that he graduated in one year. He gained a seated position at the 5th division at a very young age just after graduating. The moment marked him as the genius. Further on, he went to surpass the previous prodigy named Kaien Shiba. For Shiba, it took him to be an adult and five years to gain a seated position.

5. Rangiku filled up for his mother 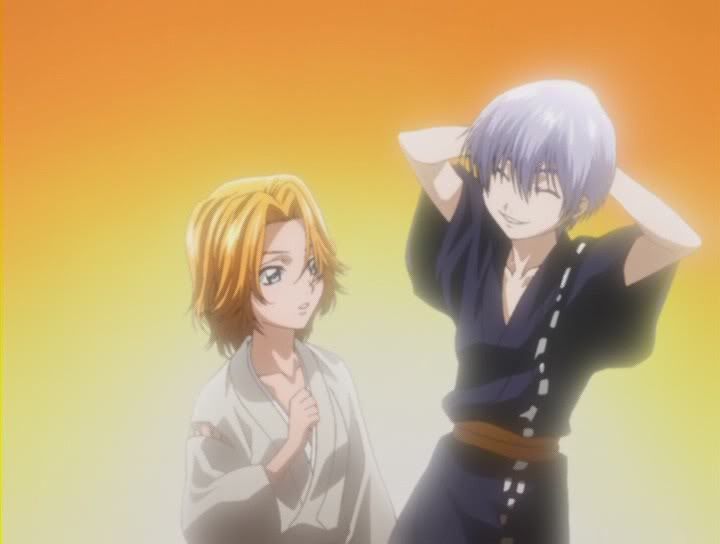 Okay everyone needs a mother as a kid. Much like we mentioned in the fact no. 8, Gin was lonely as a child. He had no one to rely on and thus, he always longed for a mother. But after giving it a thought, today Gin doesn’t mind not having a mother. If he hadn’t been the lonely child he might have never met Rangiku who turned his world around. 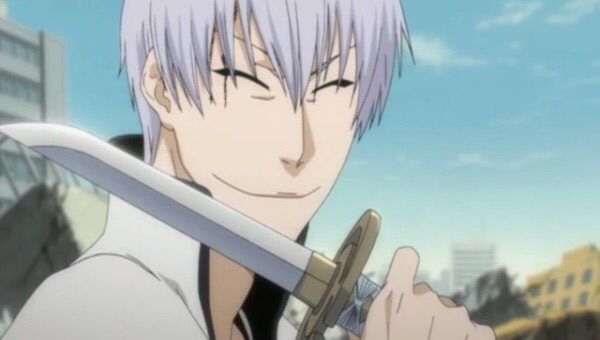 Gin’s Zanpakuto is called Shiza. He triggers his Shikai calling in as “Shoot To Kill”. This was only evident in the original Japanese animation. When the anime was dubbed for an English adaptation, the phrase was altered to a number of different names. The various phrases included “Impale Him” then there was “Slay Him”, and yes, also “Pierce His Flesh”.

3. The Mystery Of His Eyes 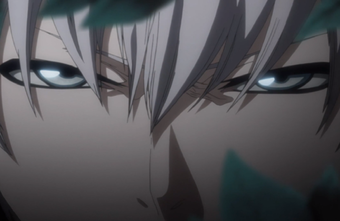 Gin’s eyes are probably the biggest mystery about him. Throughout the series, his eyes had a range of colors leading to fans having many misconceptions. Earlier in the anime, his eyes were depicted as red. But, on the cover of volume 20 and in episode 270, Gin originally had blue eyes. On the other hand, in Bleach: Dark Souls and Bleach: Blade of Fate, they were yellow. At the end of the day, it was confirmed that his eyes were originally blue.

2. Difference between his Banaki abilities and Shikai Abilities 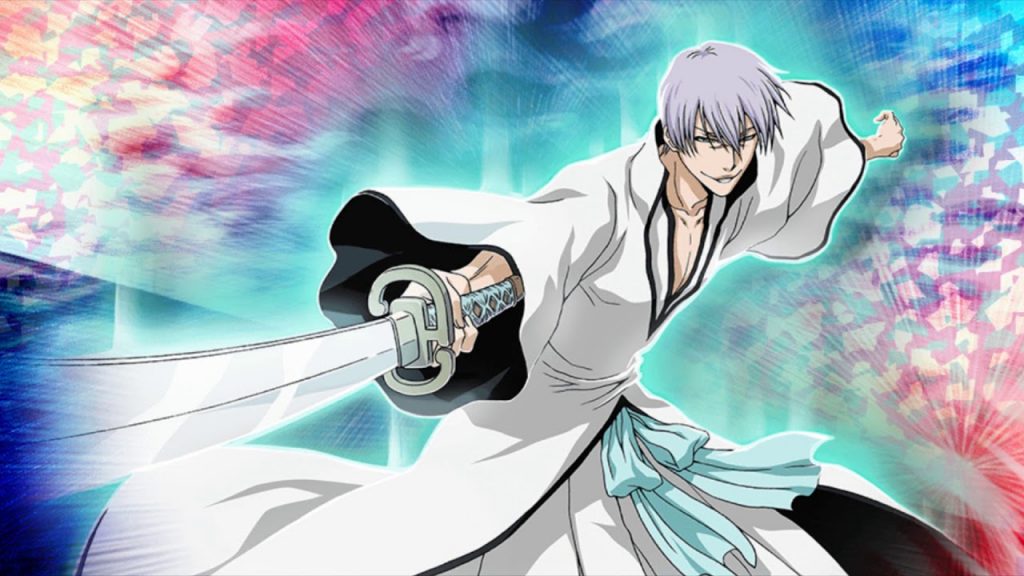 Originally they both are evidently the same abilities. But, there is a little difference. Shikai Abilities of Gin vary a lot when it comes to forcing and cutting power including the length and speed which are way over-amplified. The strength of Shikai if we look at it, Gin can even cut an entire town using it.

1. Gin Was Originally Written To be Creepy 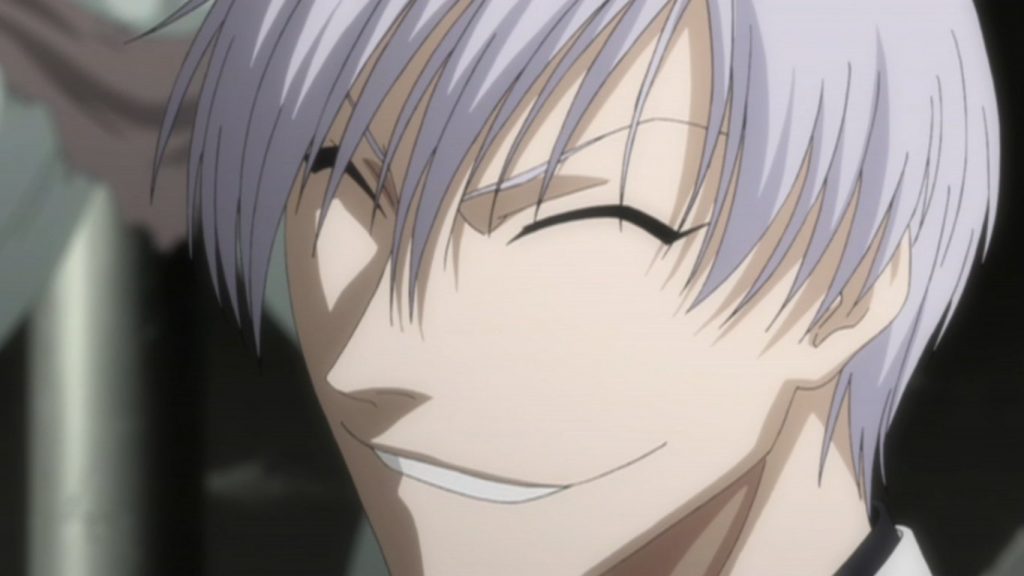 Gin as a character was loved by a number of fans. The fact that creator Tite Kubo wanted to make him creepy is a little unbelievable in itself. He was written to be a creep and an off personality among the ladies. The fact that Kubo tried but turned the character upside down is what made fans loved him. He was supposed to be a creep but failed big time becoming one of the most popular characters from the series to come around.