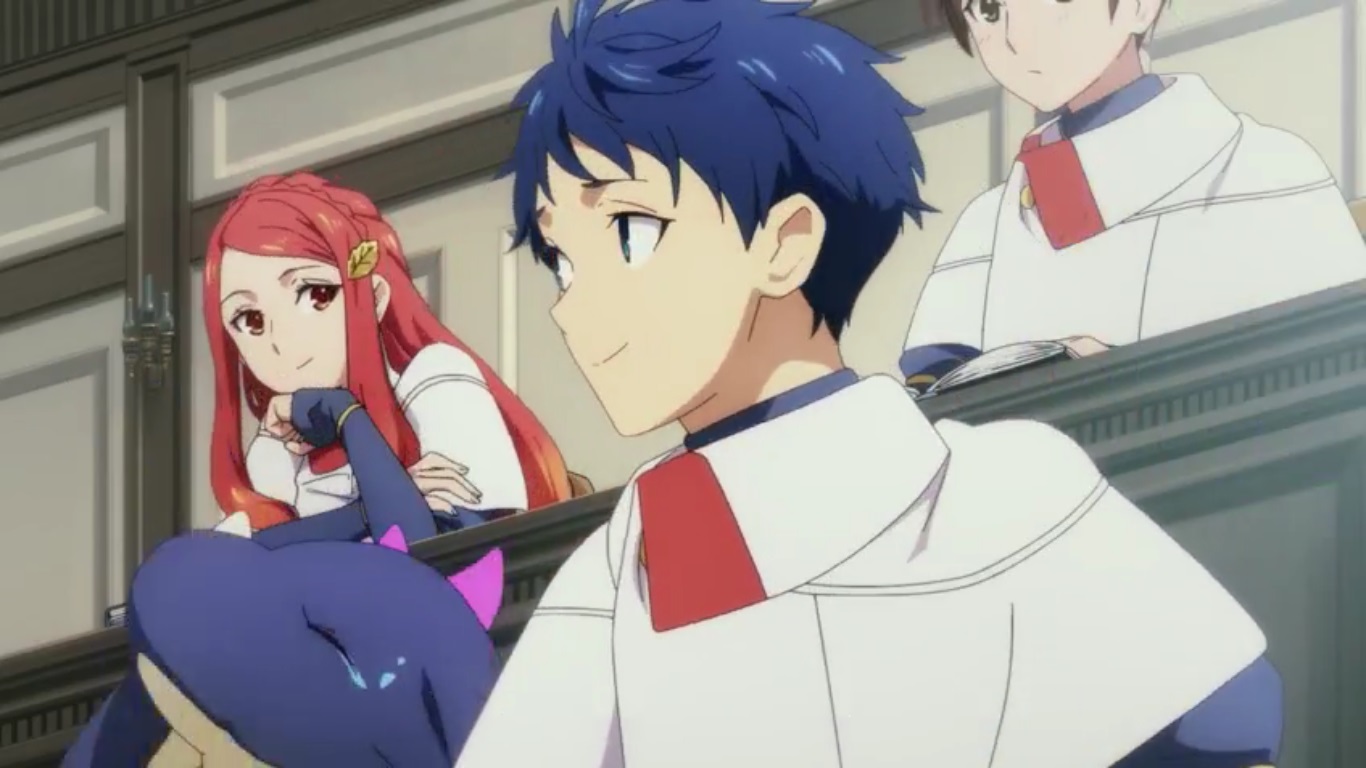 Im a spider so what episode 5

This week’s episode saw I’m a Spider so What Episode 5 coming with more information about the dungeon world that Kumoko reincarnated into. I’m a Spider So What?, Anime has kept a steady build-up from its first episode and has now lead us to a different part of a dungeon. In last week’s episode, Kumoko finally survived her fight against a horde of monkey monsters. This led to her leveling up and evolving multiple times at once.

She evolved to a level where she was more powerful for an average monster within the level of the dungeon where she was. Kumoko reincarnated into the middle stratum of a dungeon, and her story of survival and leveling up with various evolutions took place in this level. But this week’s episode introduced a variety into the environment. The middle stratum level of the dungeon was not as harsh as the level that Kumoko fell to.

In her last fight, she was victorious, but this had her accidentally fall into another level of the dungeon, which appeared to be more dangerous than where she started. The only difference was that it was mostly covered with magma and monsters that have adapted to heat. Kumoko was at a disadvantage as her spider webs burn easily. The only means of fighting she was left with was her magic and poison, which helped her out a lot.

I’m a Spider So What Episode 6 will release next week, and this is where Kumoko’s exploration of this new level of the dungeon will continue. The last episode of the Anime is already streaming on Crunchyroll. The next pisodes will be available as soon as they are released. For the dubbed episodes of this Anime, fans will have to wait a little longer.

I’m a Spider So What Episode 5: Kumoko in new Dungeon Levels. 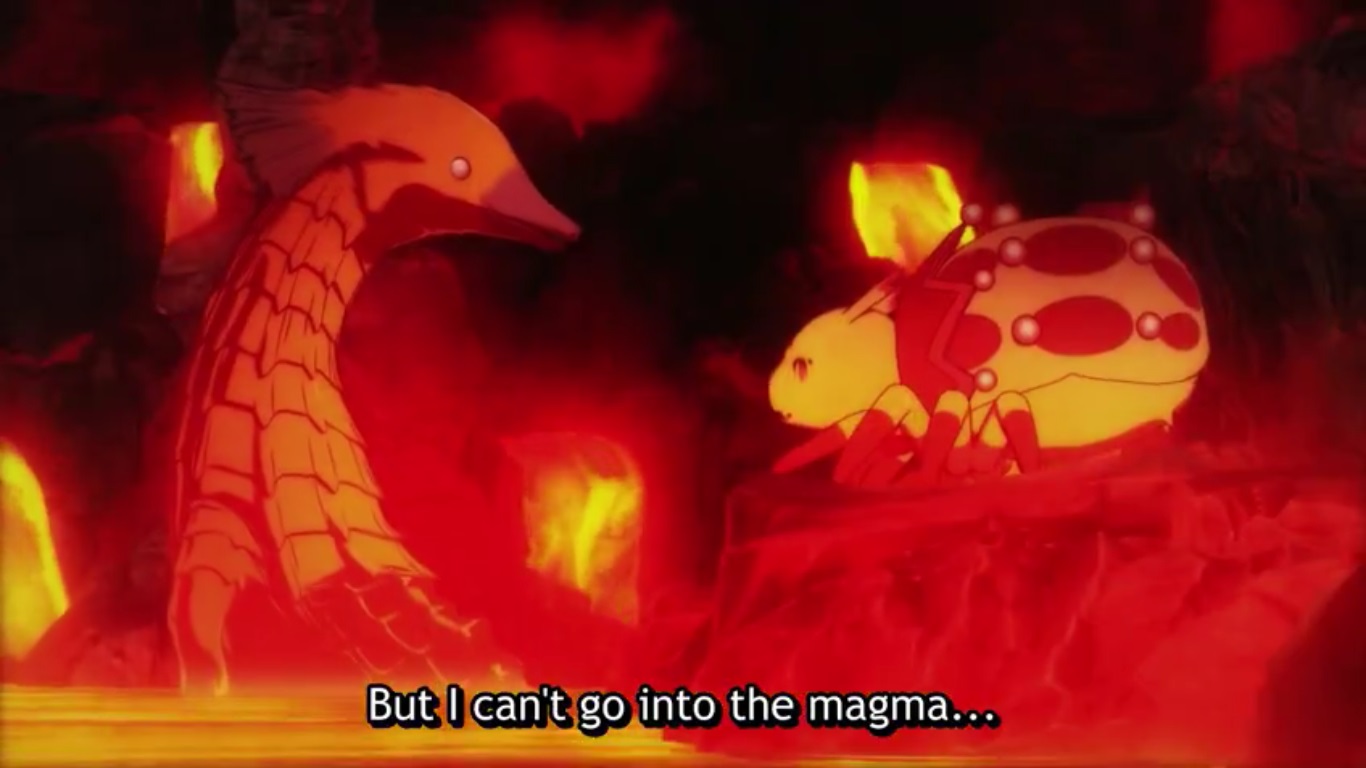 The last episode continued right where it left off last time. With Kumoko having won the fight against hundreds of monkeys alone. She gained a lot of XP and managed to level up many times. This also came with evolutions that happened several times. Kumoko now looks different than she did when she was just a hatchling in the first episode. But after her fight, she accidentally fell to the dangerous levels of the dungeon. The levels she fell to were dominated by a volcano with monsters swimming in Lava.

She first encountered a strange creature that lived inside a volcano lake. It left her running as she could not do a thing against its heat attacks. Without her webs, she was not that scary of an opponent as her webs easily melted, and she could not make her usual signature attacks. Seeing this, she moved to a safer place and tried to come up with a way to adapt to the heat. She has to follow the basic dynamics of the game and build resistance to heat. So this comes with practice and XP gaining as well.

This Anime has introduced a new dynamic into this world. We know the name of the dungeon and the country it is located in. We also know that there are other dungeons out there besides this one. Most of Kumoko’s classmates also reincarnated as different heroes, with only one reincarnating as an earth dragon pet. So the story has been keeping tabs on both of these ends. Not much is happening in the dungeon, except for Kumoko trying to level up and evolve.

The Dangers of Reincarnating as an Intelligent Monster 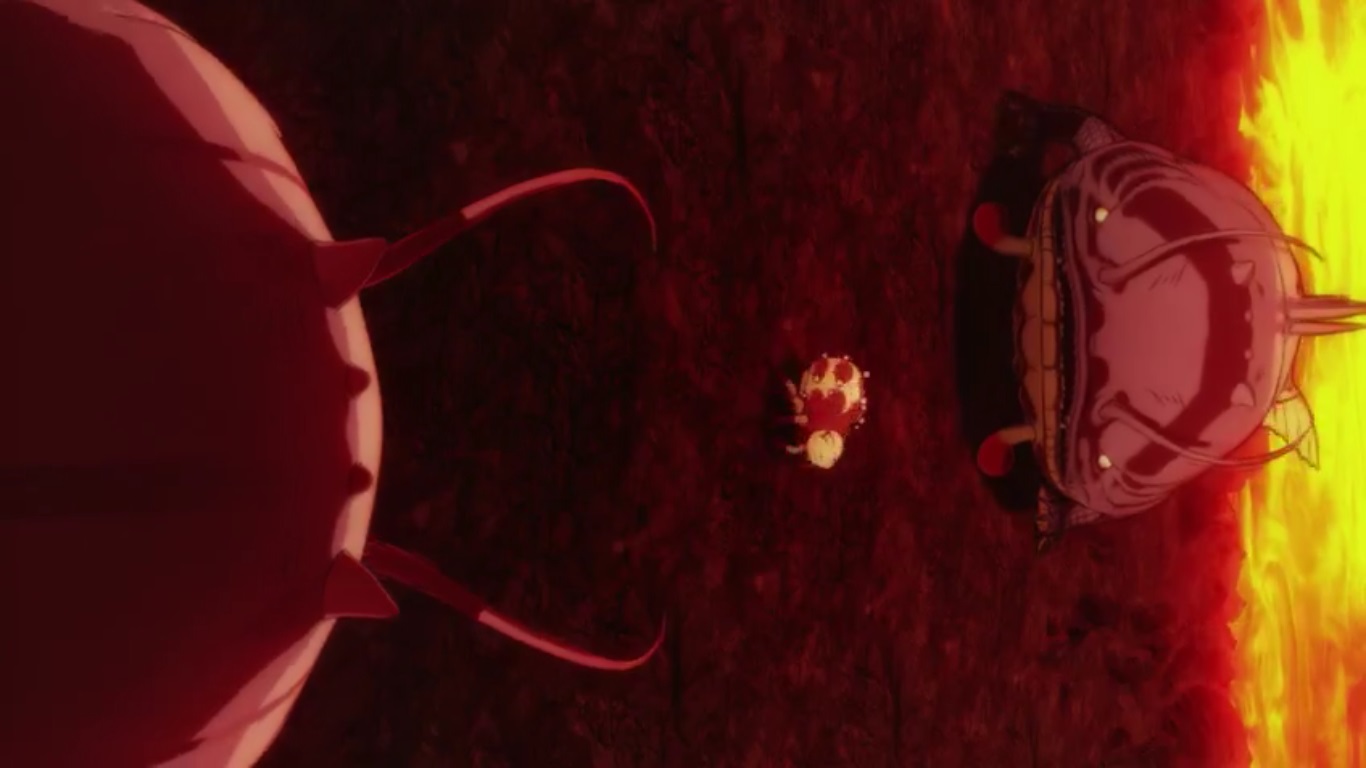 Another interesting aspect that builds up to the existing story this time was the dangers of reincarnating as an intelligent monster. But that danger is not to the monster itself but whoever who could become its enemy. Monsters in this world have little intelligence, which means that if a human reincarnated into one. They can become the most powerful creature in its history.

Kumoko was having a hard time with just an average larva dwelling earth dragon. This was mostly because she has not yet built up resistance to fire. But after her practice, she managed to build up some resistance to heat and was able to use her poisonous attacks to her advantage. Kumoko managed to defeat the monster that lived in the lava lake, and afterward, she was attacked by a catfish that lived in the same lake. But at this point, she had enough skills to defeat it and had now conquered the lava lake.

As we take a look at how things are going in the outside world. It appears that the appraisal skill is rare to come across. And only one of Kumoko’s classmates had it. So one of the girls in the same magic academy asked him to report anyone with Taboo skills as their religion will not allow it. They were deemed as the evil that should be killed.

Kumoko has this skill together with one of her classmates that reincarnated as a pet. We have not yet seen what kind of skill Taboo is. But we might get to see more of it in the next episodes. For more updates on episodes coming out this week, you can take a look at our weekly anime updates and weekly manga highlights.