Korean drama is getting more and more famous day by day not only attracting local audience but people from the United States and the UK are loving them too. “Crash landing on you” is no exception. This show is the Korean television show which was directed by Lee Jeong-Hyon and this television series stars Hyun Bin, Son Ye-Jin, Kim Jung-Hyun, and Seo Ji-Hye. This series was aired on tvN (which is a local channel in South Korea) and now exclusively available on Netflix. “Crash landing on you” is the second highly-rated television series to be featured and made in South Korea.

Synopsis of this beautiful K-drama is just magnificent. In this series Yoon Se-ri while paragliding from South Korea, unfortunately, land on North Korea which happens to be their neighboring country. There she meets a North Korean army officer named Ri Jeong-hyuk. He eventually gives her shelter and tries to get her back to South Korea. As time passes they both fall in love with each other.

These two characters try to keep their romance alive despite having the political conflict between these countries. If you have enjoyed watching ‘Crash Landing On You’, and you looking for some new exciting shows which have the thrilling and loving synopsis like this one, we have got you covered. This list will cover 8 interesting shows. Spy Myung-Wol is a 2011 South Korean television series that has 18 episodes. This series stars Han Ye-Seul, Eric Mun and Lee Jin-Wook. All the eighteen episodes were aired on KBS2 (local Korean television network) from July 11 to September 6, 2011. Synopsis of this series is interesting with a little dash sexual acts. North Korean spy Myungwol from North Korea infiltrates South Korea in her goal to seduce Hallyu superstar Kang Woo so that he defects to North Korea as part of their military plan to kill the Korean wave.

This is a weird plot but this the goal to achieve. But as she tries to complete her mission her emotion sways from her right place and it leads to unexpected scenarios. She embarks on a dangerous love affairs and proves that an unexpected love story can happen across the borderline. This is the Korean television series ‘Rooftop Princess’ covers romantic, comedy, mystery and thriller genre. This series has 20 episodes that are exclusively available on Netflix. This series at start revolves around Joseon Era (at the start). This is the era the empire of Prince Yi-gak is smooth sailing and everything goes by according to their daily routine. Besides, those additional scenes are from the United States to get knowledge about the character which creates a great build-up around the character and plot. One day it is found that Crown Princess is found dead and most useful people of Joseon men are gathered to find the culprit.

This pursuit in search of their culprit leads them to travel future to the modern Korea which is like 300 years after and they land on the rooftop house owned by Park Ha. From here the real adventure begins, as they see the familiar faces who they suspect to be the culprit of the princess and they collect clues and leads the plot to unimaginable paths. Without spilling more beans, all we can say it is one of the best Korean television series to watch. 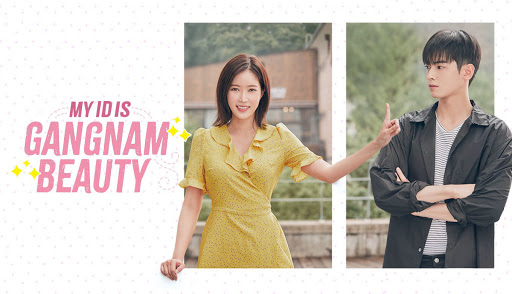 Gangnam beauty in the 2018 Korean series starring Im Soo-Hyang, Cha Eun-woo, Jo Woo-ri, and Kwak Dong-Yeon. This series is based and inspired by the webtoon of the same name published in 2016 by Naver Webtoon, it centers around the life of the student who undergoes cosmetic series as she was bullied by her colleagues for being ugly. Due to this, she depends on artificial looks.

Little she knew that going through sudden transformation and getting beautiful and pretty have its problem. But despite the fact, Kang Mi-rae manages to become friends with Do Kyung-Seok, who loves her despite all her flaws and not considering her physical beauty at all. This shows how physical matter is still considered one of the greater factors in today’s society. This series is also available on Netflix. 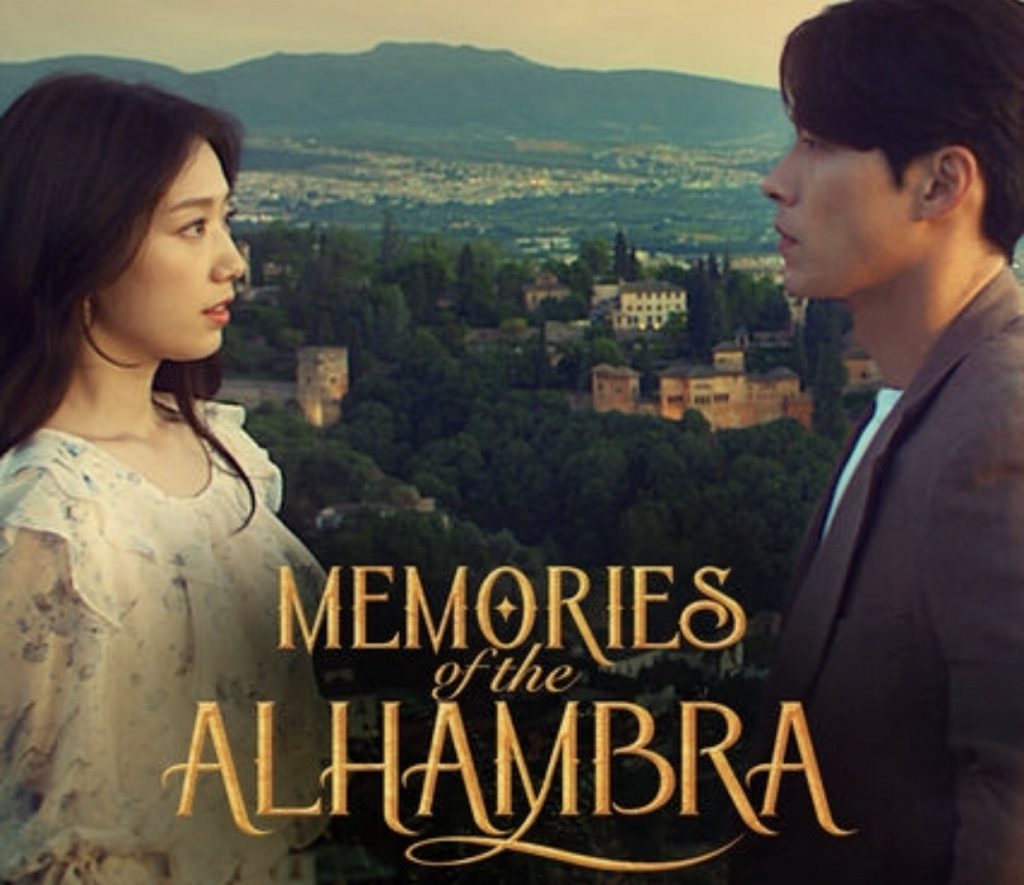 Memories of the Alhambra is a 2018 South Korean television series, starring Hyun Bin and Park Shin Hye. This television series is one of the most highly rated show which is created in Korea.

This is a great example to show that how Korean cinema and television industry in increasing day by day and month by month and by this it is grasping a new audience which is not only Korean but the people all around the world. The series ‘Memories of the Alhambra’ is a story of the CEO named Jung Se-Joo, who owns the investment company and visits Spain in search of the game company he is interested in.

The hostel was owned by Jung Hee-Joo, Jung Se-Joo’s sister. As time passes Joo starts to realize that the life he lives is starting to fade away which is the line between reality and the virtual life that comes closer and closer. Memories of the Alhambra is the show which put viewer tangled into the story as this is one of the unique story you will see. A weird blend of Sci-fi and romance with added touch of aliens is a unique combination of genre but ‘My Love From The Star’ has one of the unique synopsis which covers all the genre beautifully. This series revolves around the alien named Song-Yi who is stuck on earth for near four-century from the start of the Joseon Dynasty. This alien works as a college professor. With only three months left before his long-awaited departure back to space, he meets Cheon Song-Yi who is a famous actress of the modern era who suddenly becomes his next-door neighbor.

Song-Yi founds that they both are slowly and steadily falling for each other. As she resembles the young girl he falls in love with 400 years ago (this plot is covered at the start of the series). He gets entangled in the dangerous games of other guys as they love her too. This unique love story is recommended to check out as it blows your mind.

I’m Not a Robot is a Korean television series which stars Yoo Seung-ho, Chae Soo-bin, and Um Ki-Joon. This series was debuted at the end of 2017 and ended at the start of the year 2018. This series is based on the combination of Sci-fi and comedy. The synopsis of this series revolves around the man named Kim Min-kyu who suffers from rare skin diseases.

He gets rashes whenever he gets in contact with human it can be any part of the skin. He orders a robot to get rid of his loneliness. But his life gets weirder when he falls in love with a girl named Jo Ji-ah and she is trying to portray herself as the android. One day when Kim Min-kyu receives a package with the android in it he figures everything out but it too late as he has fallen in love with her. This series is one of the wholesome Korean series available out there. Weightlifting Fairy Kim Bok-Joo is the South Korean series that stars Lee Sung-Kyung in the title role. This drama series is the coming age of the sports genre, which is inspired by the life of Olympic gold-medalist Jang Mi-ran.

This series also resonated with the young demographic audience. Weightlifting Fairy Kim Bok-koo gained a cult following amongst young viewers and received favorable reviews and this series is also popular in the Philippines. It follows character which goes through personal issues and struggles with the responsibilities that come with growing up. It also has the dash of professional dream and romantic endeavors which makes the series much more interesting. Love alarm is a television series that is based on the interactive social media world and tells us how dependent we are. Love Alarm is an eye-opener series and this portrays a clear image of how technology is affecting our concepts of love and romance and how they are getting twisted and turned.

The synopsis is based on an app that tells if there is someone who loves you which is in the vicinity of 10 meters and the story also revolves around a girl named Kim Jo-jo. This series is also available on Netflix and interesting to binge-watch as it only has 8 episodes.