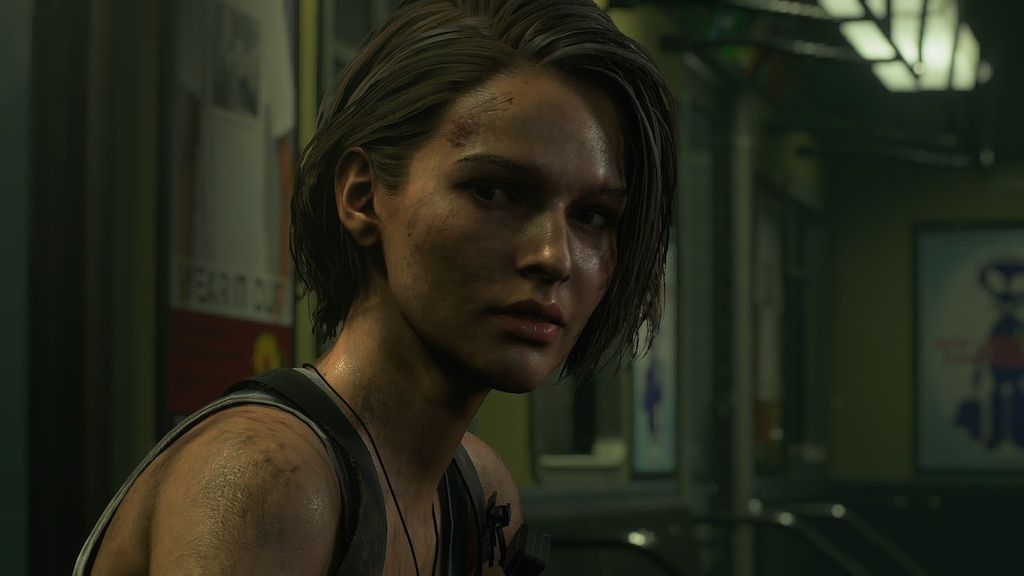 The world has been seeing a surge in the sector of cosplays. From anime to movie characters, from hot to subtle, from experienced to beginners, all have been getting their slice of favorites. The most popular ones are the actress’s characters’ in popular movies cosplay. They like it because of all the glam and glitters. One such famous and amazing character is Jill Valentine.

Resident Evil, a line of survival-horror video games developed by the Japanese corporation Capcom, has Jill Valentine as a character. In the first Resident Evil, she debuted as one of the game’s two protagonists (1996). The Umbrella Organization, a biopharmaceutical firm whose biological warfare produces zombies as well as other bio-organic munitions, was the focus of Valentine’s preliminary work with her colleague Chris Redfield.

Valentine was a longtime member of the S.T.A.R.S unit of the Raccoon City Police Dept. Later, Jill Redfield and Chris Redfield joined as pioneers of the Bioterrorism Security Assessment Alliance of the United Nations (B.S.A.A).

Valentine serves as the main character in a number of Resident Evil video games, books, films, and other forms of media. Her appearance was inspired by Canadian artist and supermodel Julia Voth in subsequent games like Resident Evil: The Umbrella Chronicles and Resident Evil 5.

Additionally, Hannah John-Kamen plays Valentine in the 2021 film remake, and Sienna Guillory portrays Valentine in the Resident Evil movie franchise. She appears in a number of other video game series, including Project X Zone, Marvel vs. Capcom, and Street Fighter.

We’re exploring the finest Jill Valentine cosplays because the original Resident Evil protagonist is well-known in both the thriller and video game industries.

As the release of Resident Evil 3 Reboot nears, cosplayers have missed no time in creating cosplays for Jill’s current appearance. Consider this Jill cosplay, created by Crescent-Kitty, who did a fantastic job capturing Jill’s new appearance. 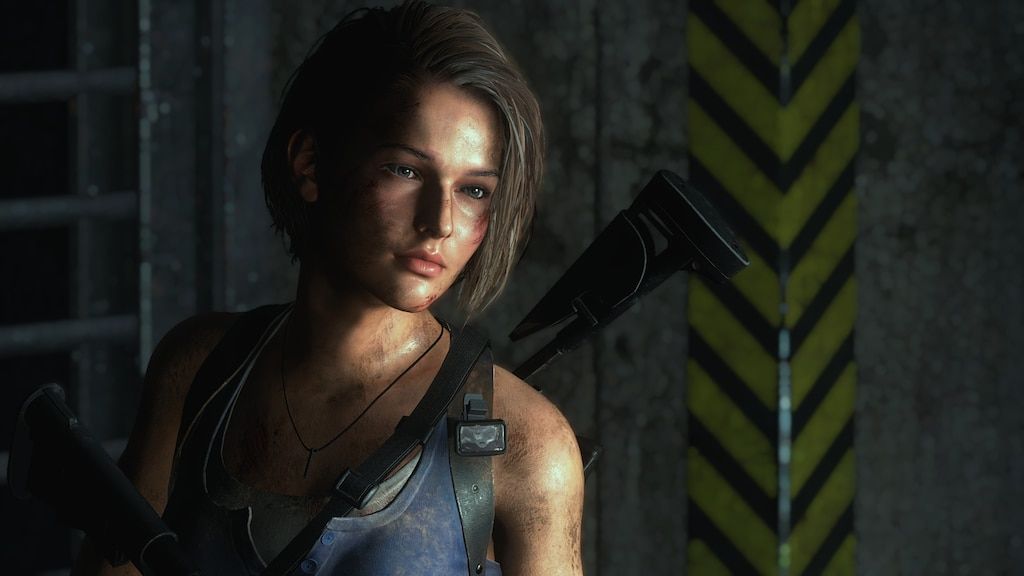 The cosplayer Yukilefay has created yet another amazing cosplay of Jill Valentine’s new appearance from Resident Evil 3 Remake. The majority of Remake Jill’s outfit’s individual pieces—tank tops, trousers, fingerless gloves, etc.—are straightforward enough for anyone to acquire, but when everything fits together as beautifully as Yukilefay has, it truly seems to be something special.

Jill is seen here loading up her weapon in preparation for her journey into the zombie-infested Raccoon City. Being pursued by the Nemesis while navigating swarms of undead is difficult, but Jill is up for the task.

Jill Valentine previously worked with the BSAA (Bioterrorism Security Assessment Alliance), a specialized team of Raccoon City police officers. It’s important to remember Jill’s roots despite all that she has accomplished and how crucial she has been to the brand.

Cortana2552, who is depicted in this photo wearing Jill’s classic Resident Evil attire, is the source of this cosplay. This cosplay is nearly as amazing as it can get, and Cortana deserves praise for making it appear as though she had just left the game. 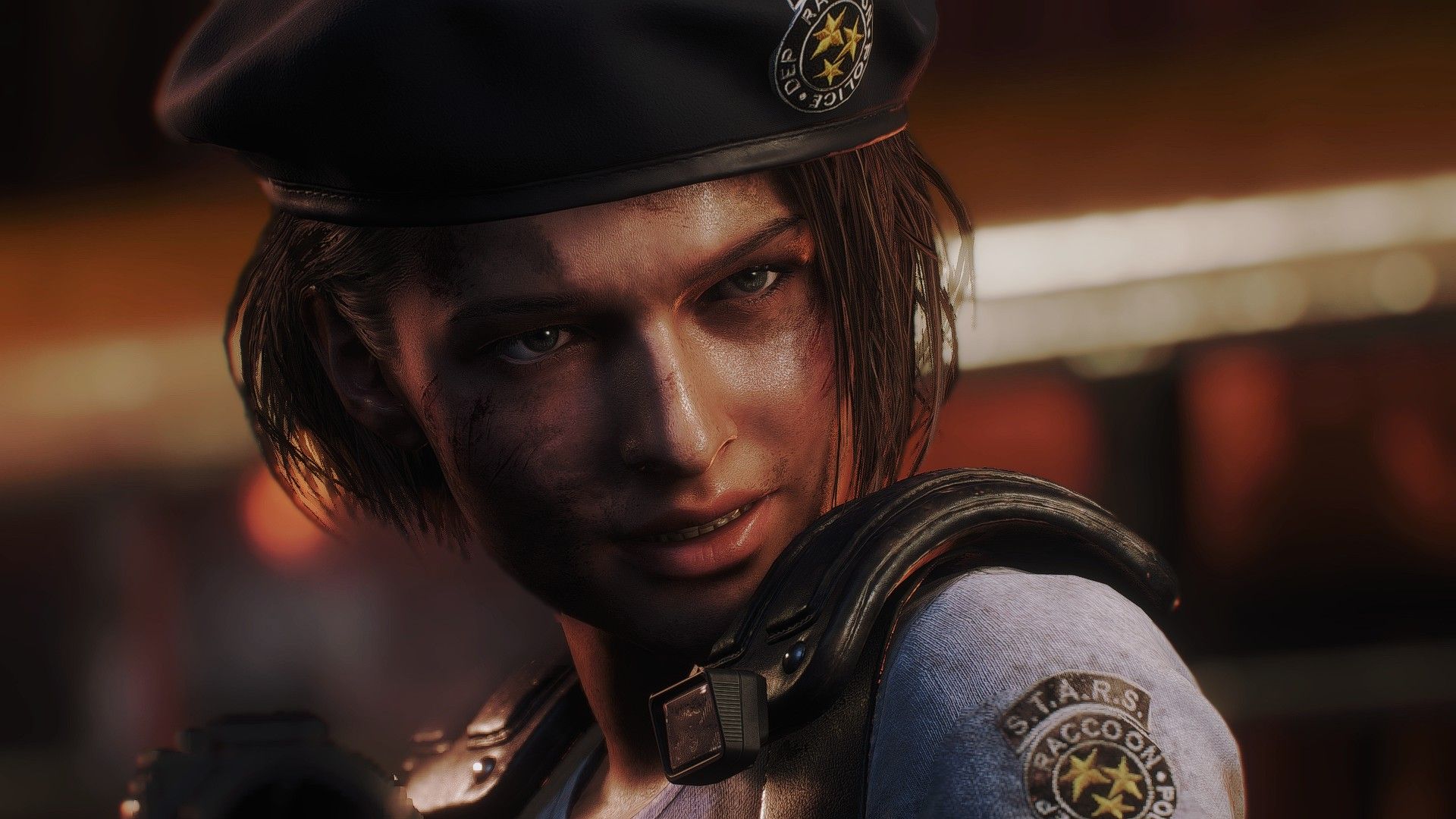 Nothing compares to that sigh of happiness you experience when you’re running low on ammunition, out of first aid supplies and herbs, and your health is in jeopardy, and then you stumble upon a save room. Finally, a location where you can rest and replenish your supplies before reentering the battle.

This cosplay was created by Brazilian cosplayer PriSuicun, who upped the ante with this outfit. In addition to her spot-on Jill cosplay, PriSuicun went over and beyond to meticulously reproduce a Resident Evil save area, down to the typewriter, ink ribbon, as well as the case of Red Hawk revolver ammunition.

Sometimes a cosplayer may dress up so well that you forget you’re viewing an image of a real person instead of a gaming screenshot. Consider this cosplay by Resident Evil 5 Jill Valentine cosplayer Daran-h.
Everything about Daran-costume h’s is flawless, down to the slightest detail, and the illumination in this photo truly pulls it all together. We genuinely believed that this cosplay was a snapshot of a video game cutscene since it is so nicely done. 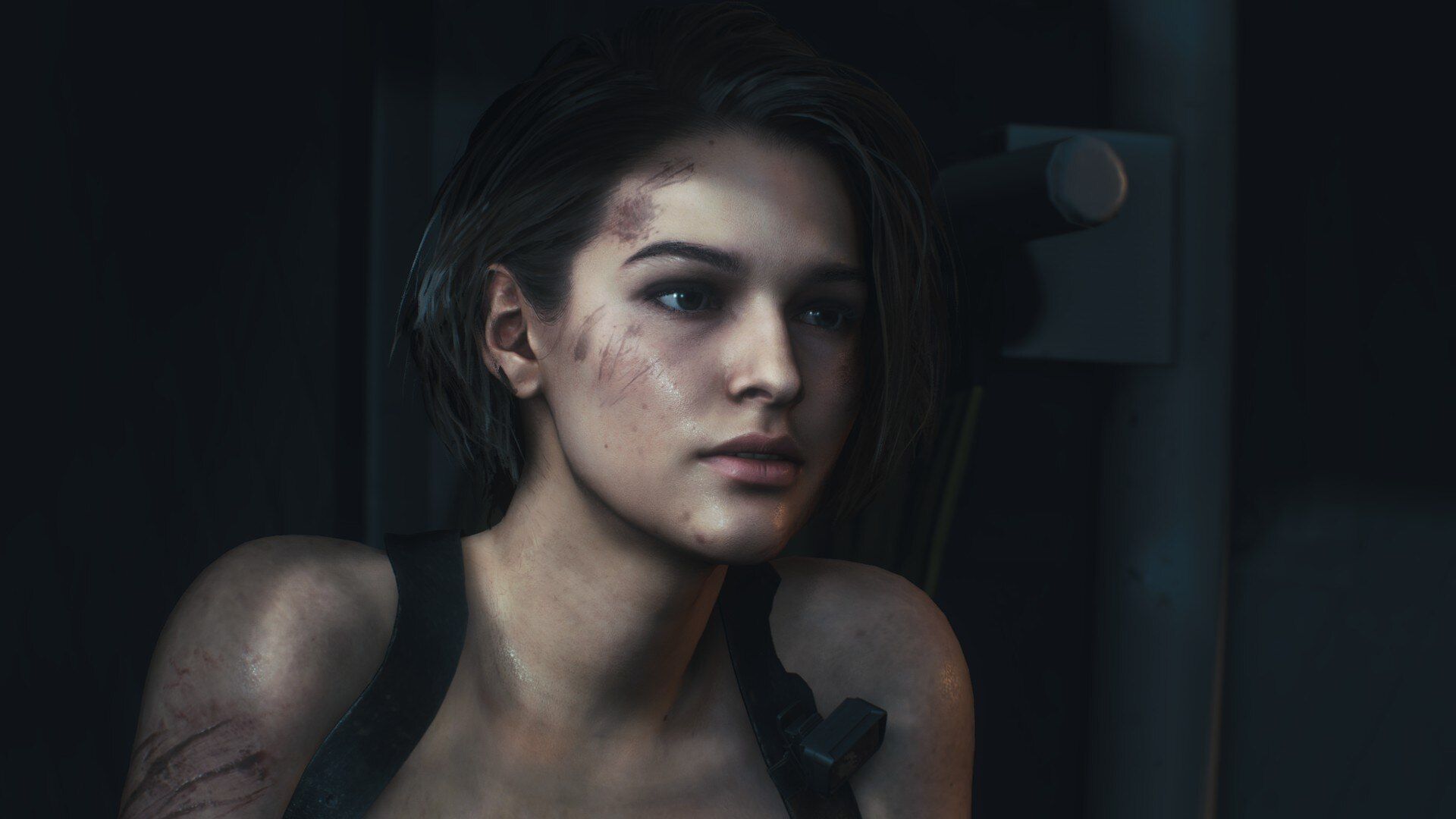 The Spencer Mansion, the majestic residence of Umbrella Corporation owner Oswell E. Spencer and the scene of the first Resident Evil, served as the catalyst for everything. The Mansion tragedy, which left Jill Valentine as one of the only survivors, serves as the catalyst for the original franchise.

This amazing cosplay was created by Russian cosplayer Narga-Lifestream. The Spencer Mansion is a frightening location with potential for peril around every corner, and this picture wonderfully conveys that mood. The Jill cosplay worn by Narga is so accurate that it may be a picture from a live-action version.

One may question whether Spencer went a little far with his vision, given the abundance of strange and challenging challenges within the Spencer Mansion. Take the crossword puzzle from the Spencer Mansion’s bar. To unlock a secret wall and obtain an emblem to combine with another symbol to obtain a key, you must locate the musical notation for “Moonlight Sonata” and play it on the piano. Is all of this actually necessary?

In any case, Milena Vigo has created a stunning cosplay of Jill using the piano to unlock the secret wall. It’s not surprising that Milena is a skilled cosplayer given how flawlessly executed her Jill costume is from top to bottom. 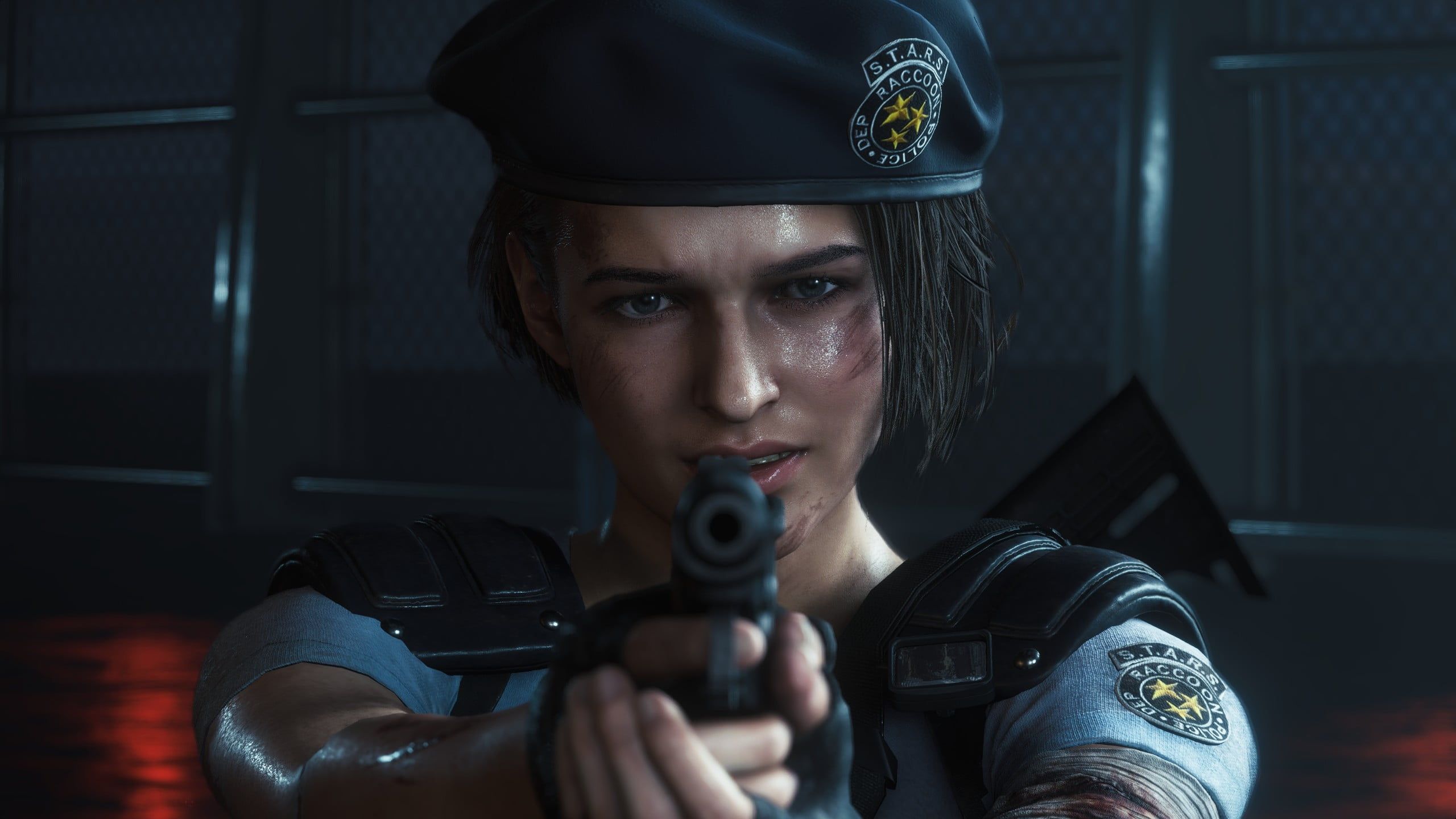 If you’re essentially cosplaying yourself, is that still called cosplay? This leads us to the last Jill Valentine cosplay on this list, which is what we believe. Julia Voth, who served as the inspiration for Jill in the 2002 adaptation of the first Resident Evil, is the creator of this cosplay.

This cosplay is flawless in every way. You should surely look no more than a cosplay created by the person which Jill is directly based if you’re seeking Jill costumes that exactly match the game. You can tell that Julia had a ball drawing Jill to live in this way.

Could this be considered two cosplays in theory? In a brief scene near the end of the Resident Evil 3 Adaptation release trailer, Jill looks into a mirror and briefly glimpses herself as a zombie infected with the disease. It’s a cool scene, and cosplayer TamillaArt did a fantastic job of recreating it.

Tamilla went to the bother of reproducing the diseased counterpart as well, hitting every last detail just so. First of all, her standard Jill costume is excellent and sufficient by itself and looks just like the scenario in the trailer. 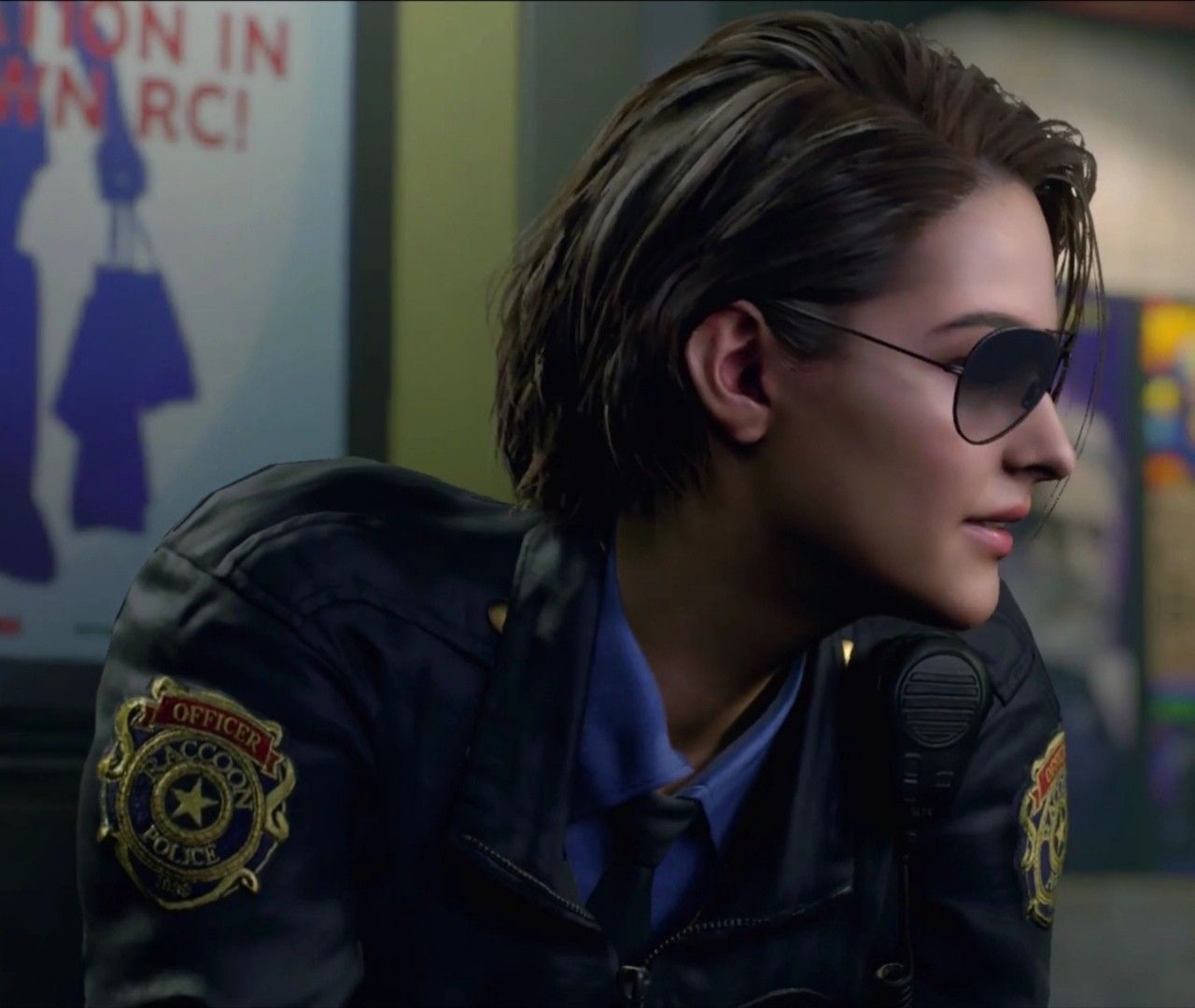 The Spencer Mansion, the towering residence of Oswell E. Spencer, the man behind Umbrella Corporation, served as the inspiration for the initial Resident Evil. One of the few people to survive the Mansion disaster was Jill Valentine, as well as the incidents that occurred there serve as the catalyst for the entire franchise.

Here is a gorgeous cosplay created by Russian cosplayer Narga-Lifestream. This picture nicely illustrates the eerie atmosphere of the Spencer Mansion, where danger lurks around every corner. This picture may be a still from such a live-action adaption because Narga’s Jill costume is so accurate.

Starting off our list is this fantastic cosplay by Argentinian cosplayer AgosAshford. Despite its diminutive size compared to the other Tyrant varieties, the Nemesis Tyrant is just as scary, if not more so, because of its cunning and rocket launcher.

Here, AgosAshford’s cosplay is flawless in every way. The Nemesis looks fantastic, even after Jill has defeated it, and her costume is so intricately designed that it resembles Jill’s outfit from Resident Evil 3: Nemesis from 1999 precisely. 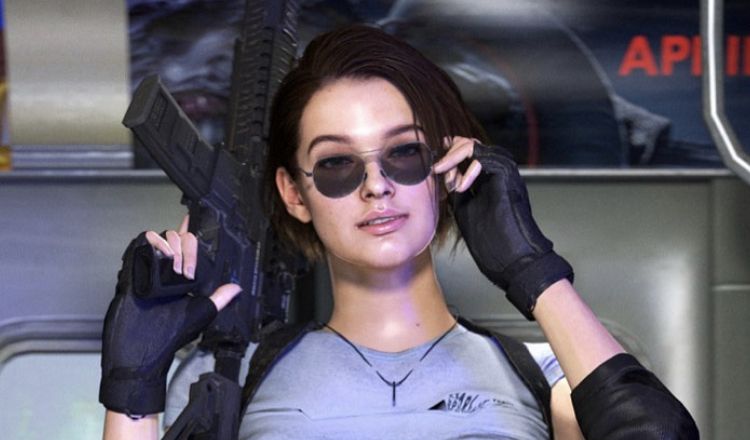