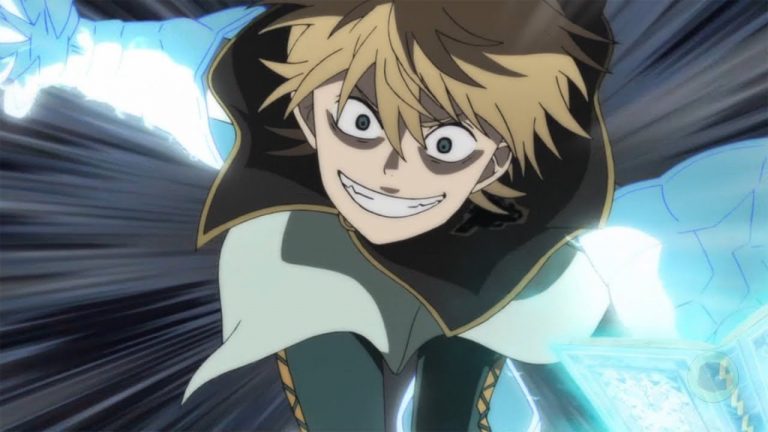 Black Clover manga is currently at its climax. With the recent introduction of Svenkin, who is strong enough to take down the four spirit guardians. Luck was having a hard time against the dark disciple in the previous chapter, readers are eagerly waiting for Black Clover chapter 248.

Will Luck be able to defeat the Dark Disciple? We will surely get an answer to this question in the upcoming chapter of Black Clover manga. Note that this post will contain spoilers from the manga, so if you don’t like them, you can skip the spoilers section below.

The previous chapter ends with, the fight between Sevnkin and Luck. Svenkin can easily adjust the toughness of his skin with his magic giving Luck a hard time against him. Luck ended up beaten by Svenkin and was heavily bleeding, and as the only hope for the Heart Kingdom so far, he can not allow himself to lose. The next chapter will be the continuation of Luck vs Svenkin.

Note, this post may contain spoilers, leaks, and other discussions from the upcoming chapter of Black Clover manga, if you are not into spoilers, then you may stop reading now.

Here is the tweet for the spoilers for this upcoming chapter:

Black Clover 248 Spoilers are out!

Luck vs Svenkin continues.
Luck uses his new spell against him. The spell can be roughly translated as Lightening Strike, or Strike of Lightening.

The spoilers and leaks are out for the chapter. It will revolve around the continuation of this battle between Luck and the Dark Disciple. Readers will finally get to see the physical development of Luck. Even since the time skip, we didn’t really see Luck’s true powers. So the upcoming chapter is going to be a Luck-centric chapter. Moreover, Luck will be using his new spell against Svenkin, the spell is said to be “natural magic”.

The same magic is possessed by Gadjah, Luck borrowed the natural mana from the environment and ended up performing a strong spell.

The next chapter might take a darker twist. A plot twist is highly expected in the upcoming chapters of Black Clover manga.

When Is Black Clover 248 Release Date?

The latest Black Clover Chapters are available online as soon as they are released on VIZ Media and Shueisha’s Manga plus official platforms. To support the Manga creators and publishers, we advise you to read the digital copies from their official websites and apps.