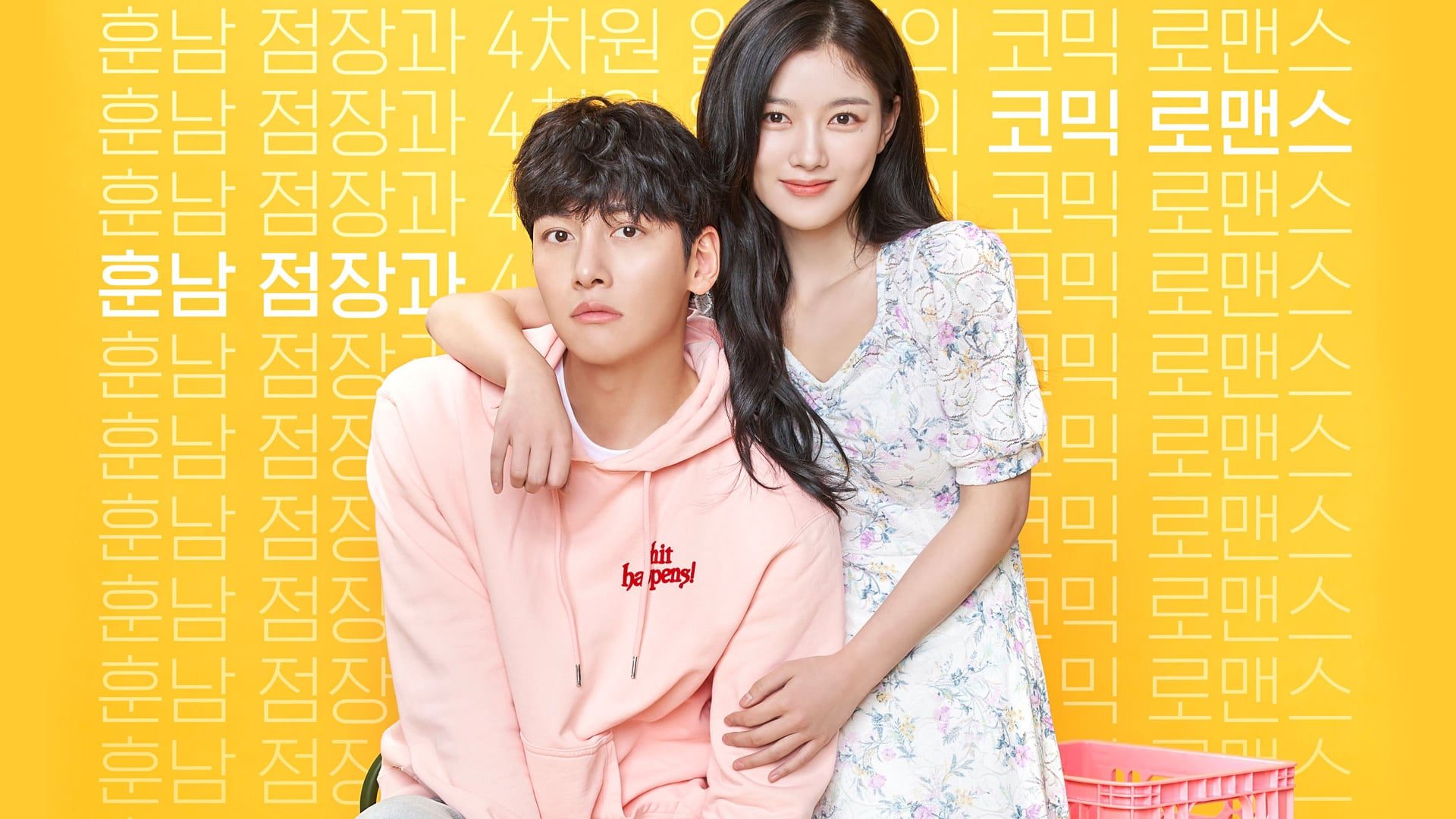 Four years later, Choi Dae-Hyun has now become 33 years old. He left his position at a big firm and now owns a little convenience shop. He needs a part-time employee for his convenience store’s night shift. When Jung Saet-Byeol visits his shop, she quickly begins working there. She is no longer a troublemaker. Currently a university student, Jung Saet-Byeol is motivated by her strong morals.

“Backstreet Rookie,” another of the highest-rated dramas of 2020, is still creating buzz to this day. Viewers were captivated by the flawless chemistry between rising star Ji Chang Wook and Kim Yoo Jung and were left wanting more.

Ji Chang Wook is a South Korean actor signed to Glorious Entertainment. He first gained fame for his performance as Dong Hae in the daily drama series Smile Again (2010–2011). Since then, he has been seen in Empress Ki (2013–2014) and Warrior Baek Dong Soo (2011). Chang Wook has starred as the lead in the critically acclaimed crime-action movie Fabricated City (2017) as well as the television series The K2 (2016), Healer (2014–2015), and Suspicious Partner (2017). Ji got his start in musical theater. He appeared in his first movie, “Days,” in 2006, and he played a supporting role in the 2008 drama series You Stole My Heart. He only made his formal debut in Sleeping Beauty movie in 2008. 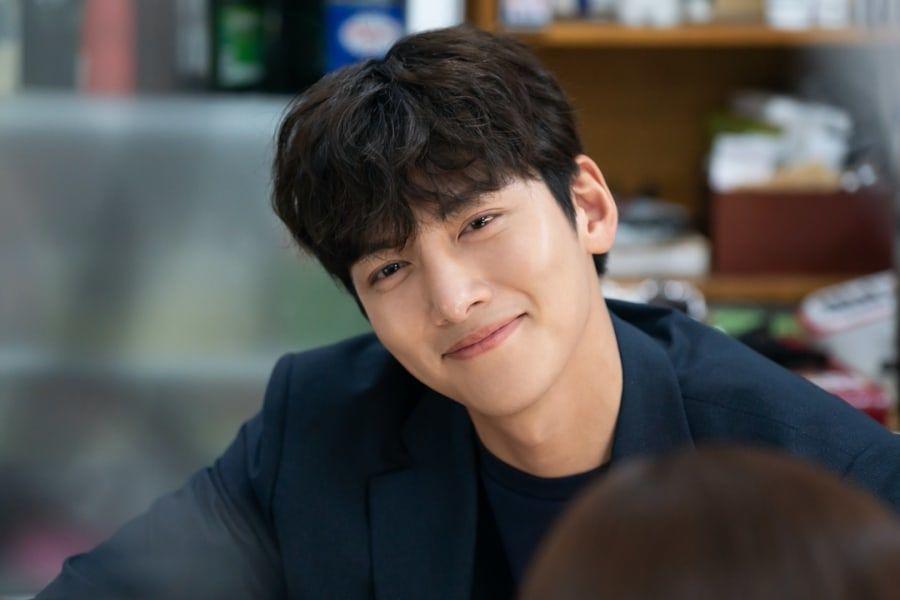 Ji started his compulsory military service on August 14, 2017. He received his initial basic training in the 3rd Infantry Division of the Army in Cheorwon, Gangwon Province. After finishing, he received a prize for his outstanding achievement. Ji Chang Wook provided the voice of “Tachibana Taki” in 2017’s Korean adaptation of the critically acclaimed Japanese animated film “Your Name (2016).” Ji was appointed as a Platoon Leader after spending the remainder of his military duty at Cheorwon, Gangwon Province, home to the Army’s 5th Artillery Brigade. On his release on April 27, 2019, he received two promotions since then and was ranked as a Sergeant.

In Backstreet Rookie Ji Chang Wook plays Choi Dae Hyun. A tall, handsome manager of a convenience shop in his twenties who turns the heads of all ladies. Despite his cold face, he is a little awkward and strange. He is sympathetic and caring, yet he tends to become overly involved in other people’s problems.

Kim Yoo Jung is a South Korean actress who was raised in Seoul and attended Goyang High School of Arts. She began her career as a child model and rose to fame in Korea as one of the most well-known young actors after making her acting debut at the age of 4. She was discovered at the age of 5 in a competition that her older sister entered and won the Most Popular Award despite not being a contestant. She is well known for Moon Embracing the Sun, Dong Yi, and May Queen and is currently transitioning towards adult roles. Kim is the youngest of three siblings. Kim Yeon Jung, her elder sister, is also an actress. 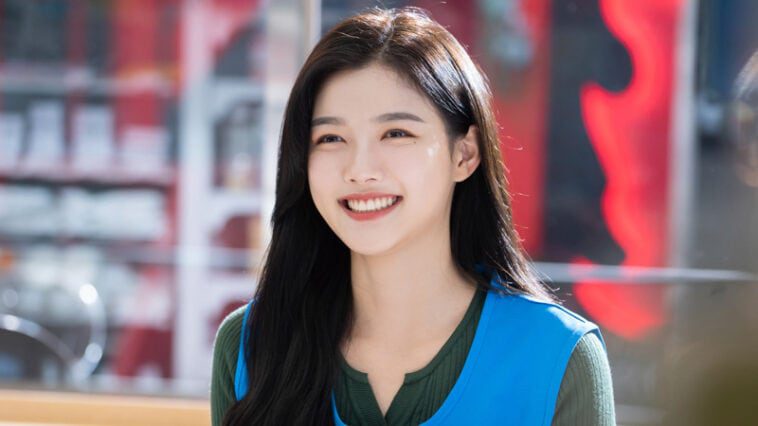 As a young actress, she was known as “Korea’s Little Sister.” After appearing in a number of highly acclaimed historical period dramas, she has since been given the nickname “Sageuk Fairy.” She was the youngest person to ever make the Top 10 in the Forbes Korea Power Celebrity ranking, coming in at number eight in 2017 at the age of 17. In February 2018, it was disclosed that Kim was diagnosed with an abnormality of the thyroid gland and, therefore, would take a break from acting. Kim Yoo Jung’s contract with SidusHQ expired on September 22, 2020, and Awesome ENT formally announced that she had signed an exclusive contract with the company.

Han Sun Hwa is a South Korean singer, actor, and former member of the South Korean girl group Secret from TS Entertainment. She was born in Busan. Despite enrolling in the music program at Baekje University of Arts, she was expelled. She appeared on television for the first time in 2004 as a finalist in SBS’ Superstar Survival, and in 2009, she was a regular cast member of the variety show Invincible Youth. At the end of 2016, she parted ways with TS Entertainment and joined Huayi Brothers Korea. She remained there until the expiration of her contract in early 2020. She made the decision not to renew, and in March 2020, she signed a deal to work as an actress with KeyEast Entertainment. 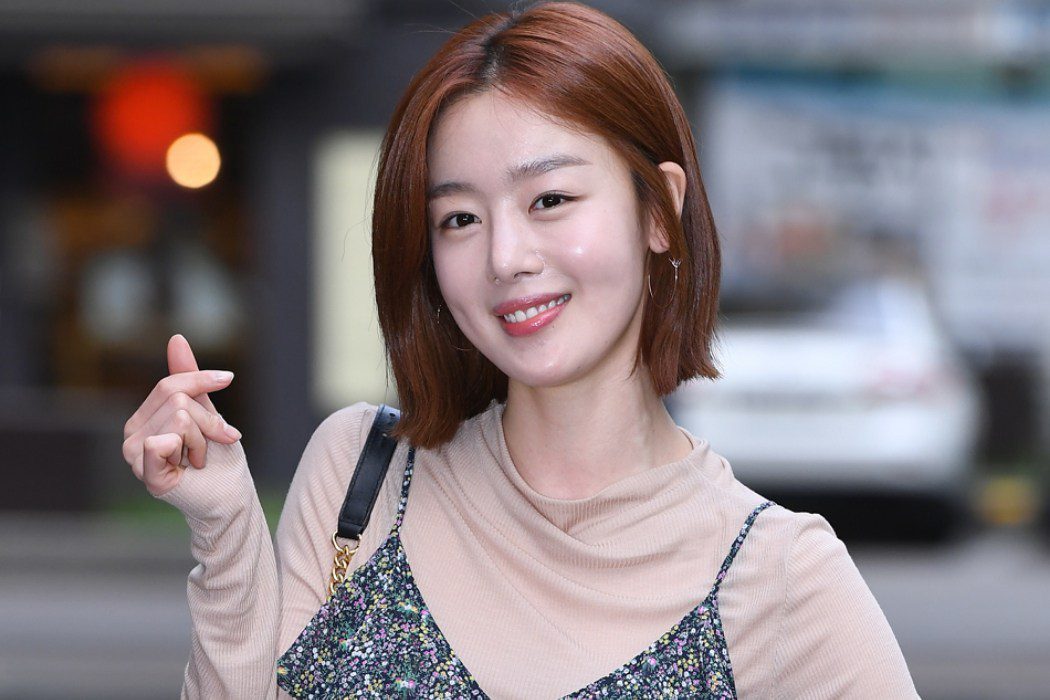 She was nominated for a few awards but ended up taking home the “New Star Award” from the SBS Drama Awards in 2014, the “Best New Actress” award from the MBC Drama Awards in 2014, Actress in a Miniseries Category” from the MBC Drama Awards,  the “2017 Excellence Award, and the “Best Wedding Dress Idol Award” from MBC’s Bouquet, which earned her a spot on the cover of Wedding 21’s December issue in November 2010. She was also selected to star in ads for other companies like Nike, Grand Mer, Nene Chicken, and Good Day Soju, in addition to being an exclusive face for the cosmetics brand The Skin House (2013–2016), well-known handbag company St. Scott London (2015), and Kellan sportswear (2011).

In Backstreet Rookie, Han Sun Hwa plays Yoo Yeon Joo. Besides being Dae Hyun’s ex-boss, she was also the head of the public relations team at the headquarters of a convenience store. She is a smart, attractive, and talented career woman of 31 years old. Although she is the daughter of the company’s second-largest shareholder, she was skillfully admitted and promoted with obvious results.

Do Sang Woo is a South Korean model and actor signed to J, Wide-Company. Do has gained popularity since playing Gong Hyo Jin’s ex-boyfriend in the tv show It’s Okay, That’s Love (2014). He joined the military on April 5, 2016, and was discharged in 2017. The actor stepped away from the spotlight after “Backstreet Rookie” and focused on himself. In the next JTBC drama, “Only One Person,” he made a comeback to television alongside Ahn Eun Jin, Park Sung Hoon, and Red Velvet Joy. 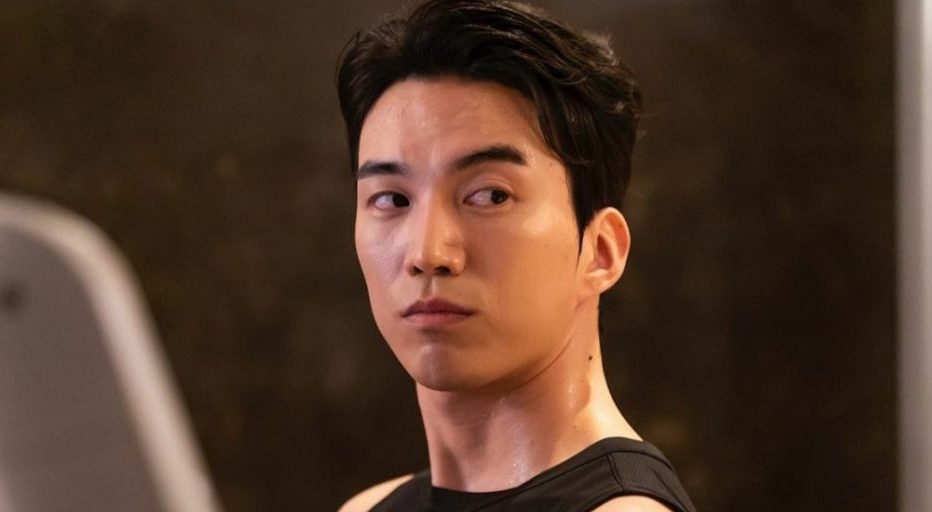 In Backstreet Rookie, Do Sang Woo plays Jo Seung Joon. He serves as the head office director for a convenience shop and is the owner’s son. Since early childhood, he has received a quality education. He is the next line to be the leader of the company.

Kim Min Gue is a South Korean model and actor signed to Happy Tribe Entertainment. After seeing The Lord of the Rings in primary school, he began to have dreams of becoming an actor. In 2013, he made his acting debut in a supporting role in the Mnet sitcom “Monstar.” In the 2019 historical drama “Queen: Love and War,” Kim received recognition for playing the first major lead of his career. In Backstreet Rookie, Kim Min Kyu plays Kang Ji Wook, Jung Saet Byul’s elementary school friend and alumnus. 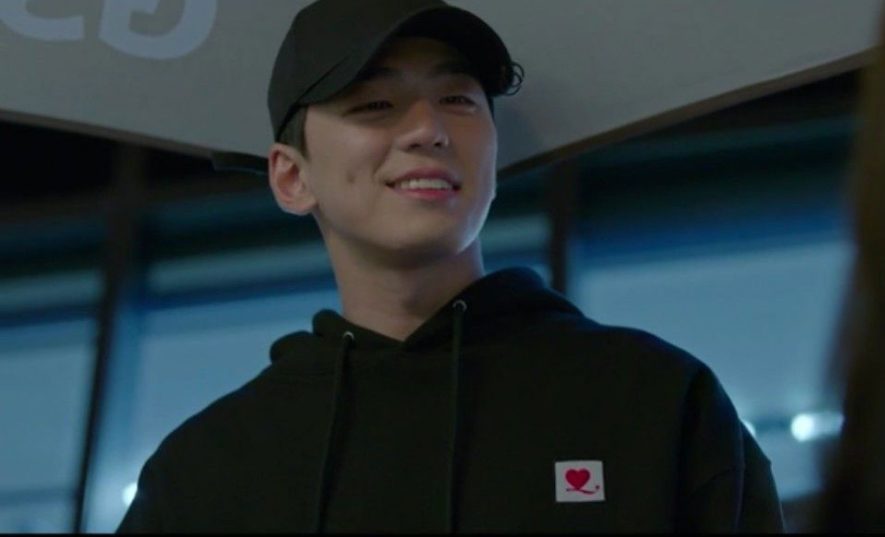 Kim Sun Young is a theater and acting professional from South Korea. She has appeared in several well-known dramas, such as Because This is My First Life (2018), Reply 1988 (2015), When the Camellia Blooms (2019), Romance is a Bonus Book (2019), Crash Landing on You (2019) and Vagabond (2019). For her work in Communications and Lies, she was awarded the Best Supporting Actress award at both the Chunsa Film Art Awards and the Wildflower Film Awards. Additionally, she was awarded the Best Supporting Actress Title at the 56th Baeksang Arts Awards for her performance in Crash Landing On You. In Backstreet Rookie Kim Sun Young plays Kong Boon Hee, Choi Dae Hyun’s mother.

Kyeon Mi Ri is a South Korean singer and actress. She is most known for playing Lady Choi, the villain, in the popular historical drama Dae Jang Geum. Since making her acting debut in 1984, she has been active in television dramas. She is well known for playing the egotistical and ambitious Lady Choi in the 2003 historical drama Dae Jang Geum. In Backstreet Rookie Kyeon Mi Ri plays Kim Hye Ja, Yeon-Joo’s mother. 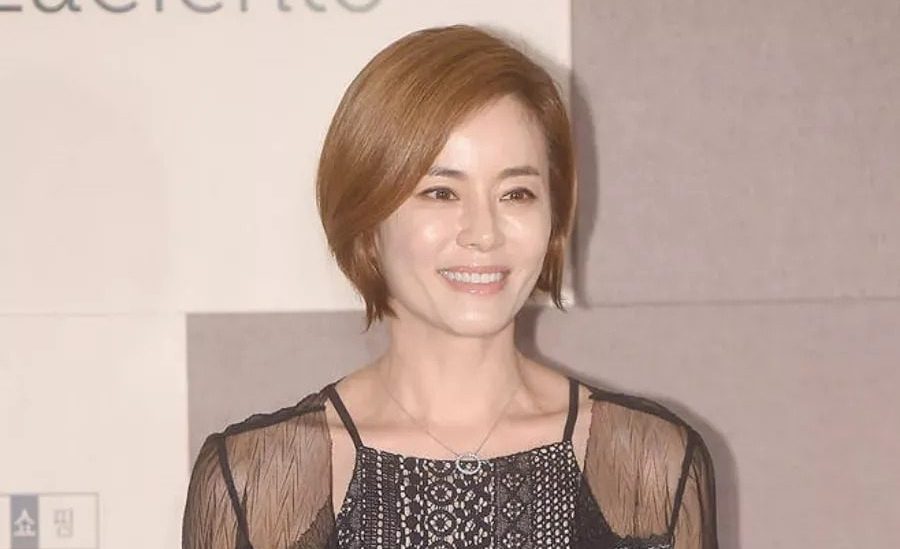 She made her debut in the music industry in 2009 with the release of her trot-heavy debut album, Happy Women. Kyeon is married to Lee Hong Heon, a successful businessman. Lee Yu Bi and Lee Da In, two of her daughters, are actors. In the Later Three Kingdoms of Korea, Kyeon was a member of the Hwanggan Kyeon clan and is thus a direct descendant of Gyeon Hwon, the first king of the Hubaekje kingdom.