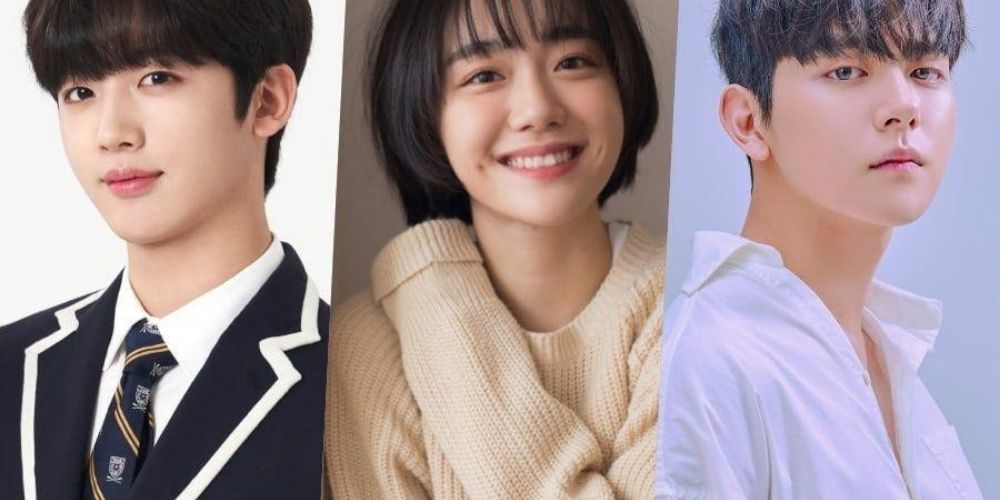 A Love so Beautiful is a South Korean drama released in the year 2020. It is a slow romantic drama. It is the remake of the Chinese series A Love so Beautiful which was released in the year 2017 adapted into the Korean version. Both the drams are based e of the novel To Our Pure Little Beauty by Zhao Qianqian. The drama is available on Netflix. It is an original Netflix series. Unfortunately, it is not available on Viu or Viki. Being an original Netflix series it may not be available on any of these platforms anytime soon.

The rating of the series is quite average. MyDramaList rated it a 7.8 while IMDb rated it a clear 7.2 winch is ok. The genre of the series is romantic comedy and coming of age. The series comes with a total number of 24 episodes which is 23+1 special episodes. The duration of the episode varies it usually is up to 25 minutes. Overall the series is having only one season and no other season is expected to come.

A Love so Beautiful – Star cast

The drama is starring Kim Yo Han as (Cha Heon), So Ju Yeon as (Shin Sol Yi), and Yeo Hoe Hyun as (Woo Dae Sung). These are the main leads for the series as the series revolves around the life of three. The other actors in the series are Jo Hye Joo as (Kang Ha Young), Jung Jin Hwan as (Jung Jin Hwan), Jo Seung Yeon as (Cha Heon’s mother), Kim Sung Gon as (Mr. Cho), Yang Yoo Jin as (Seo Ji Soo Cha Heon’s friend), and Park Ji Won as (Oh Hee Ji). They all played a supportive role in the series and are quite important for the plot. There are other supportive actors too who help in shaping the plot.

A love so beautiful is a story set in Chun Ji High School talks about a 17-year-old Shin Sol Yi who is bubbly and bright. She has a major crush on her classmate/neighbor Cha Heon who is intelligent. Cha Heon is a bit cold and unimpressive. He is a person whom you can tag as beauty with a brain. Woo De Sung is a handsome boy with an athletic spirit. He is a national-level swimmer and fell in love with Shin Sol Yi. He never expresses his feelings towards her and quietly stays by her side. There is a love triangle between the three. In the plot, you have to see who does Sol Yi chooses in the end. Overall it a romantic series with a little up and downs. 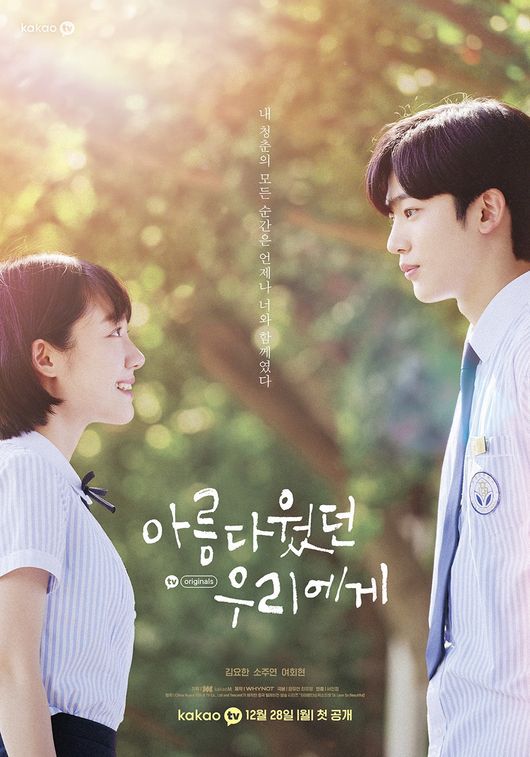 A Love so Beautiful -Plot

A love so beautiful plot revolves around Cha Heon and Shin Sol Yi. The drama starts with So Yi standing in front of her school and getting the flashback when she was 17. They have been studying together from elementary school and end up in the same High school Chun Ji High School. Sol Yi has a huge crush on Heon from the elementary days and she was open about her feelings from that time. Heon is cold towards her and never accepted her feelings from the elementary days. Ending up in the same High school Sol Yi expectations were sky high as she can spend some more time with Heon. Jung Jin Hwan is Sol Yi’s best friend who is always there to support her.

Sol Yi tried to express her feeling to Heon in many different ways one of the ways was a love letter. She wrote a letter with the help of Jin Hwan and tried to learn it. The moment she was learning the letter she came across Woo Dae Sung who saw her practicing and learning the letter. He fell for her cuteness the moment he saw her. He stayed by her side addressing her as a brother. After the encounter Sol Yi and Jung Jin Hwan get into a fight with their seniors. To save them from the fight Kang Ha Young took a step and argued with the senior over the love letter. The moment senior was going to make this a fistfight Dae Sung intervened and saved them. They ran to their classes and at that moment Jin Hwan fell in love with Ha Young.

After this, the students were humiliated by the senior teacher to save Sol Yi from the humiliation Heon tried to intervene in the matter. This leads to the beginning of a friend of 5 people Heon, Sol Yi, Dae Sung, Ha Young, and Jin Hwan. The friendship starts when they enjoy karaoke together. The friendship grew stronger the group stayed together. Meanwhile, Heon’s father has a memorial which her mother wasn’t able to attend. This made Heon sad and frustrated and he went to sleep. Sol Yi came up with the bottle which her mother gave her and found him ill and treated her whole night. An incident happens while everything was going on point. Sol Yi stands for the election of the president of the class. She was in a tie with another girl the deal breaker for the voting was Heon.

Heon chooses the other girl over Sol Yi which made her dishearten. Heon’s birthday was right in the corner Sol Yi wants to gift him something but due to lack of money, she isn’t able to. She heard about the race and participated in it. Heon and Dae Sung help her in the race. Dae Sung even wore a teddy costume and ran with her in the race. They also helped Ha Young to escape so that he can meet his father.  There is a time when the class forms a group to act in a play. They had practiced for the play and decide to recruit Heon.

Sol Yi and Dae Sung practiced for their role at that moment Dae Sung accepts how happy he is to come to this school. During the festival Ha- Young finally feels he is in love while a mix-up occurs during the play. Sol Yi is upset and wants to quit everybody tries to cheer her up but everything goes in vain. Sol Yi decided to transfer to a new school. This makes Heon uncomfortable and he asks her not to shift the school. They all started a new school year and ends up in the same class too. Jin-Hwan decides to participate in a song competition and he manages to pass the audition. All of them travel to the call back around and cheer him up.

They all decided to stay out at night. They played a game where everyone was supposed to write a secret. Sol YI gets shock when she comes to know someone has a crush on her from the same group. They all passed out and started a fresher man year. Sol Yi planned a grant proposal for Heon but there was a misunderstanding when Hun Ji arrives in place of Heon. Ha, young found Hue Ji collapsing and stealing from the nurse’s office. Same time Jin Hwan finds out Ha Young has a crush on someone else which leads to worsening of his heart condition. When everyone was choosing their colleges Sol Yi realizes that Heon would be going far from Yim to study.

Heon has some other plans for a life different from what his mother planned for Yim. Dae Sung’s grandmother went missing that when he realized what he wants to prioritize more. At that moment Dae Sung finally decides to back off liking Sol Yi. Heon and Sol Yi started dating when they realize that Heon would be going to the US for further studies. This makes Sol Yi sad and she decided to end up things. Heon went to the states to pursue his medical studies while Sol YI becomes a cartoon novelist. She wrote a book name A Love So beautiful. After 3 years of gap, Sol Yi and Heon meet, and that when Heon realizes he is nothing without Sol Yi and ends up together on a sweet note. 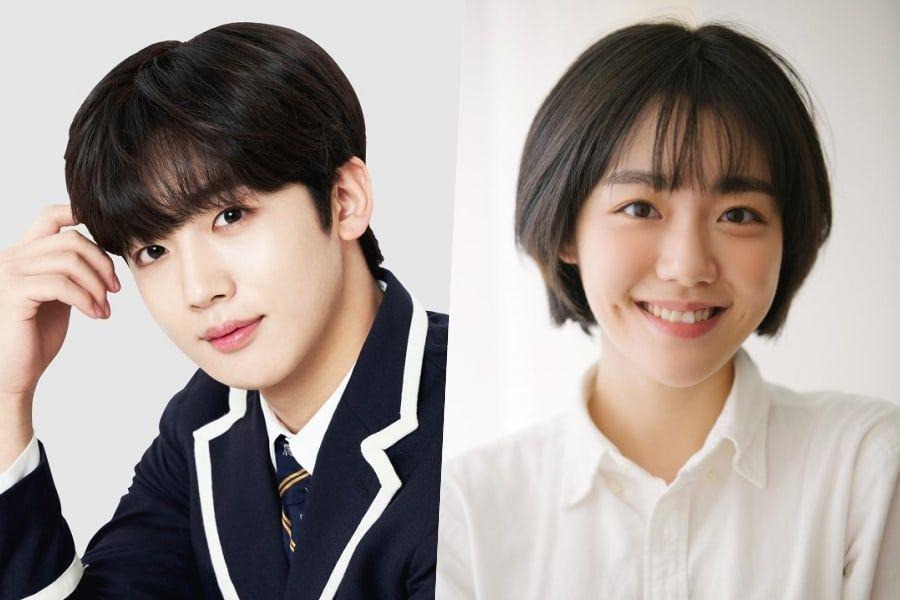 A Love So Beautiful is the Korean version of Chinese drama with the same tile. The plot is completely the same. If you have watched the Chinese version you can surely recall this version too. The drama is sweet simple romantic. There is the typical love triangle also the story is too basic. If you want to watch a drama which is simply slow and light-hearted then this is surely something you can watch. Comparing to the Chinese version this version is a bit bland. The plot is ok the love triangle portray is not that serious or intense it ends on a sweet note but one thing that takes a back seat is the acting.

The acting was quite straight forward which can be seen clearly throughout the drama. The emotions to convey were missing at some or another point which is surely not a very good sign. The romantic scenes were looking made up and you can catch them. If the cast was a bit more professional with the acting this could have been a sensational sweet drama because the plot was good and not too disheartening also.

Overall if you want to enjoy a sweet simple Korean drama with a good love story and some love triangle plot you can surely watch it once you won’t regret a binge-watch too.

Read: K-Dramas Similar To True Beauty That You Can Watch In 2021