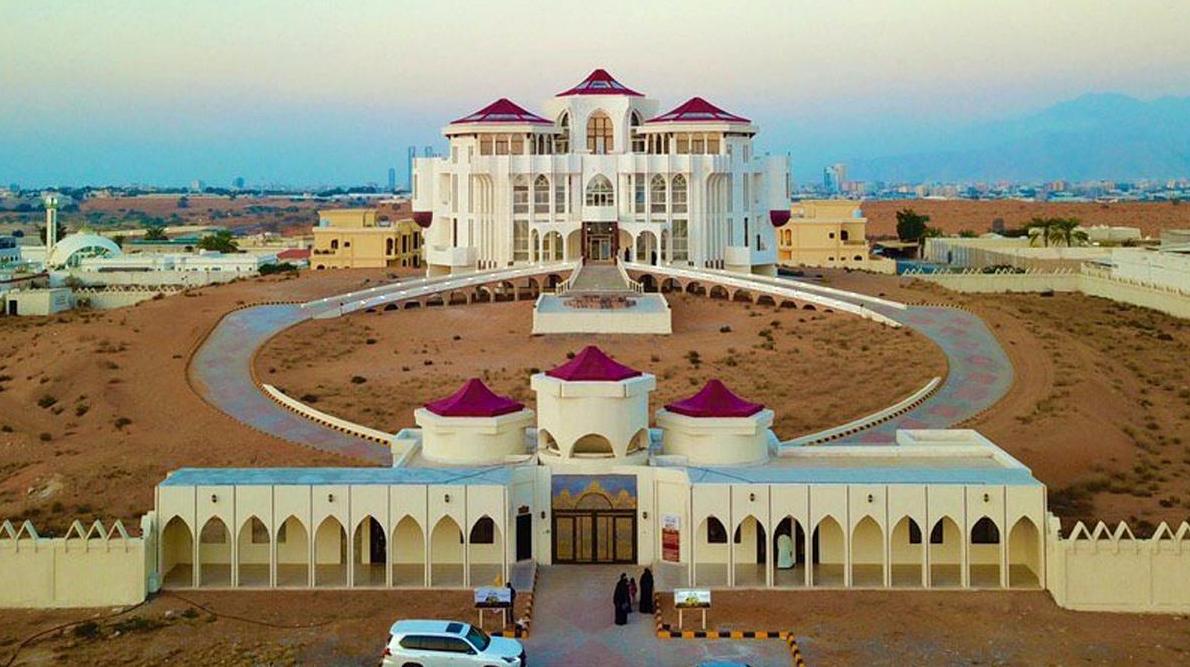 Have you ever felt chills through your body while watching a scary movie? A trip to Ras Al Khaimah’s Al Qasimi Mansion will give you the same shivers and goosebumps. The Al Qassimi Palace in RAK, which supposedly cost AED 500 million to construct over 25 years ago, is one of the most terrifying yet fascinating constructions. As per locals, the structure is still vacant except for one night. And that the humans were driven out in one night after experiencing mysterious supernatural occurrences. People have also noted irrational fear, sounds of crying people, strange spottings, and children staring out of partially broken stained-glass windows while begging for help from outsiders! Al Qasimi Palace, constructed in 1985 by the late Sheikh Abdulaziz bin Humaid Al Qasimi, is fabulous, but after being left empty for many years, there has been talking that the palace is ‘haunted.’

After it opens to the public in December 2019, visitors and citizens of the UAE will be able to visit this mystical and beautiful palace for themselves! If you’re up for a journey, here’s everything you need to know about Ras Al Khaimah’s ‘Haunted’ Palace before you go, including entrance fees, timings, and tips before you go.

Visiting the secrets and the interiors

The entry to the longtime royal palace is not accessible to the general public through the main door (clearly, it is not a tourist attraction). The exterior is charismatic and massive, telling a story of forgotten wonders. Be ready to be held back by the watchman (who is the only soul on the site), as this empty housing is in desperate need of maintenance and has been unspoiled for nearly three decades. If you do maintain to get through after attempting to convince the (living) soul, the path from the car park/storage area guarantees more fun and excitement in this adventure. For beginners, you will be welcomed with awesome artwork, lovely interiors, expensive furnishings, and numerous household items, supposed to lead to a wall with an imitation of blood-smudged graffiti and a perfect veranda lounge. 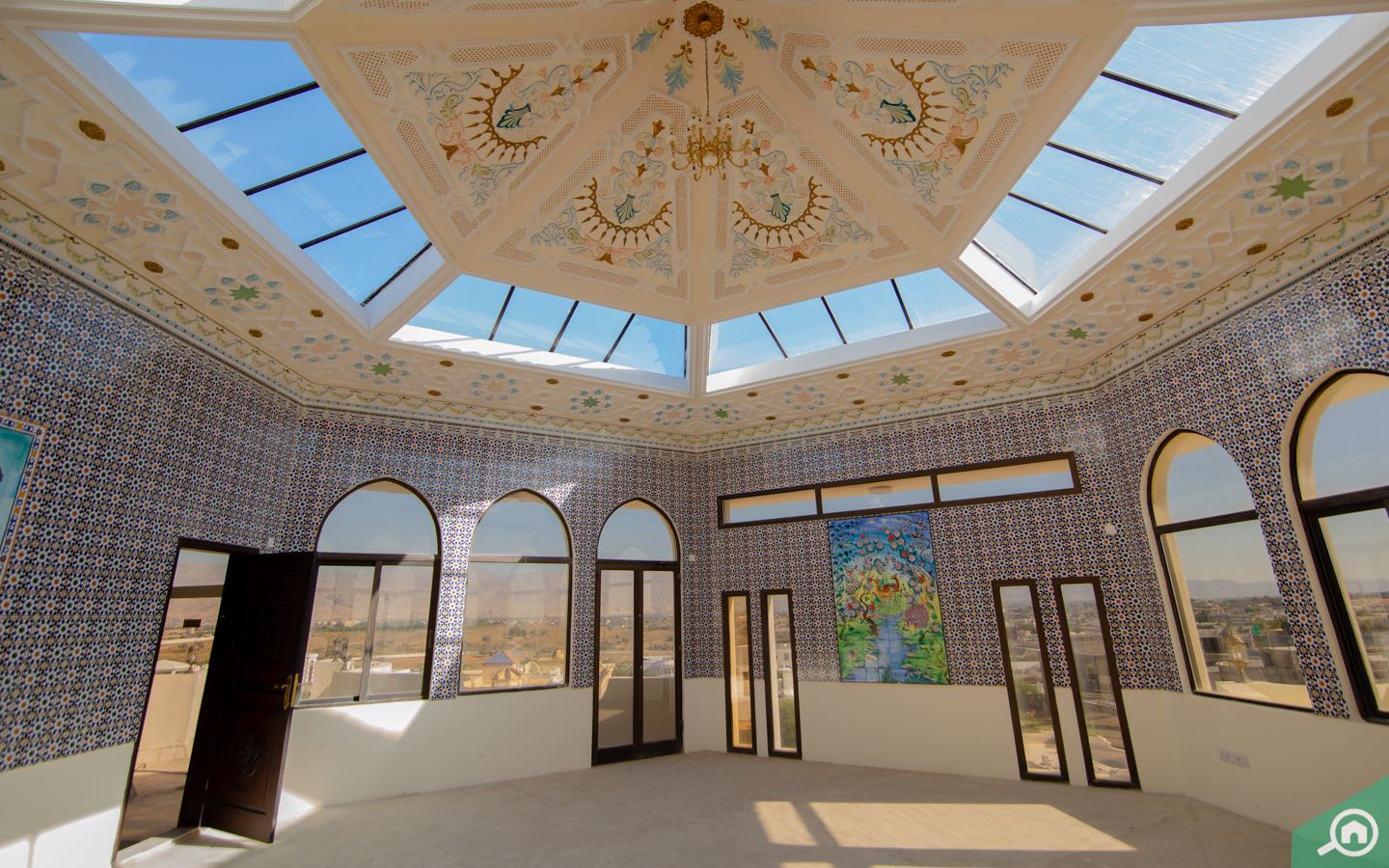 At first glance, the disturbing beauty entertains you with its classic Arabesque setups, which include numerous Falcon monuments (some of which are headless! ), well-designed living spaces, large light fixtures, works of art, silver pots, and unused furniture. Ceramic tiles decorated by Moroccan painters who supposedly cast black magic charms adorn the flooring and walls. Exotic lamps (still operational), beautiful surroundings, and numerous stylish action figures will impress you as you walk through the various floors of the building (there is a good chance you will lose your friends while watching all of this). There are four floors, along with an underground parking lot where you can see brand new vehicles, but the absence of electricity just above ground floors may or may not enhance your trip.
The owners left the palace after only one night, leaving behind a dusty royal residence and many secrets that have yet to be discovered.

Words By The Resident Abu Yasir

Words As stated by the resident Abu Yasir was welcomed to Al Qasimi Palace in Ras Al Khaimah for the first time 20 years ago. But fear gripped him when he saw the gigantic white palace on the hill. He was familiar with its jinn; the otherworldly spirits said to wander its halls. He was aware that people had heard children’s voices and seen faces in dark windows. He’d heard about its demise after the furniture was mysteriously tossed around inside like toys. “I didn’t want to enter,” said Abu Yasir, a 40-year-old Syrian resident who declined to give his full name. “I didn’t want to see anything out of the ordinary.” He continued to drive.

Its ghostly reputation has long drawn adrenaline junkies from all over the country, and it has even impressed an Arabic novel by journalist Rym Tina Ghazal. Holy men also arrived, offering to expel evil spirits with mantras. In the belief that depicting physical bodies was un-Islamic and would attract jinn, they have worn out the eyes of people and animals from portraits and beheaded plaster birds. After years of negotiating, Mr. Al Sharhan purchased the property last year. Six months were required for reconstruction. It now has the air of a well-kept property, with no trace of dust or jinn. 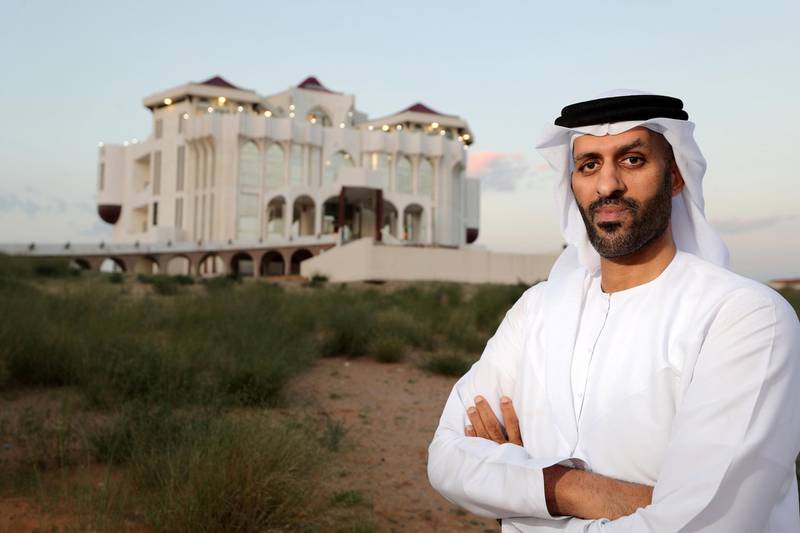