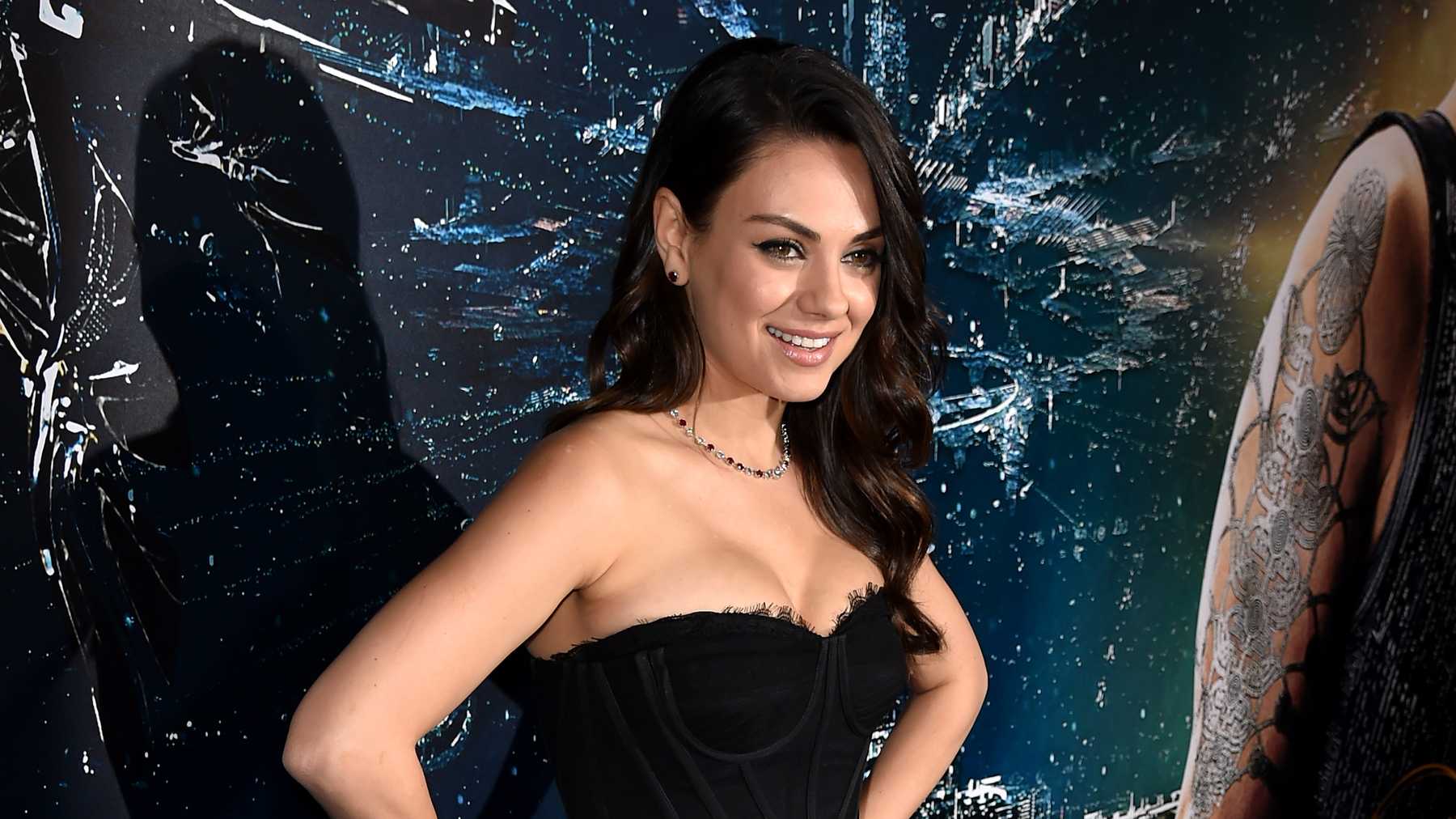 Mila Kunis is in the middle of some bizarre rumors doing rounds on the internet. She rose to fame while on Family Guy and That ’70s Show. Mila’s parents were Ukrainian refugees who came to the States when she was 7. She was born in Chernivtsi, Ukrainian SSR in the Soviet Union. Her parents moved to the United States due to rising antisemitism and lack of opportunities in the United States.

It was on the sets of That ’70s Show that Mila met her husband and co-star Ashton Kutcher. The two began dating decades after. Mila Kunis is one of the funniest stars in Hollywood today. She’s mostly shined in comedic roles such as Bad Moms, Forgetting Sarah Marshall. Her romantic comedies such as Friends With Benefits, Ted have been fan favorites. Mila’s role in Black Swan is her admired and most respected role to this day.

Mila’s performance in the psychological thriller Black Swan won her the Marcello Mastroianni Award for Best Young Actor or Actress. Additionally, she received nominations for the SAG Award and the Golden Globe Award for Best Supporting Actress. Her most prominent roles include Max Payne, The Book of Eli, Oz the Great and Powerful, and A Bad Moms Christmas.

Even though her most notable roles include Meg Griffin on Family Guy, Jackie Burkhart on That ’70s Show, Mila has given Hollywood worldwide blockbusters. Today we shall list her top-scoring movies on IMDb in ascending order. Here we go! 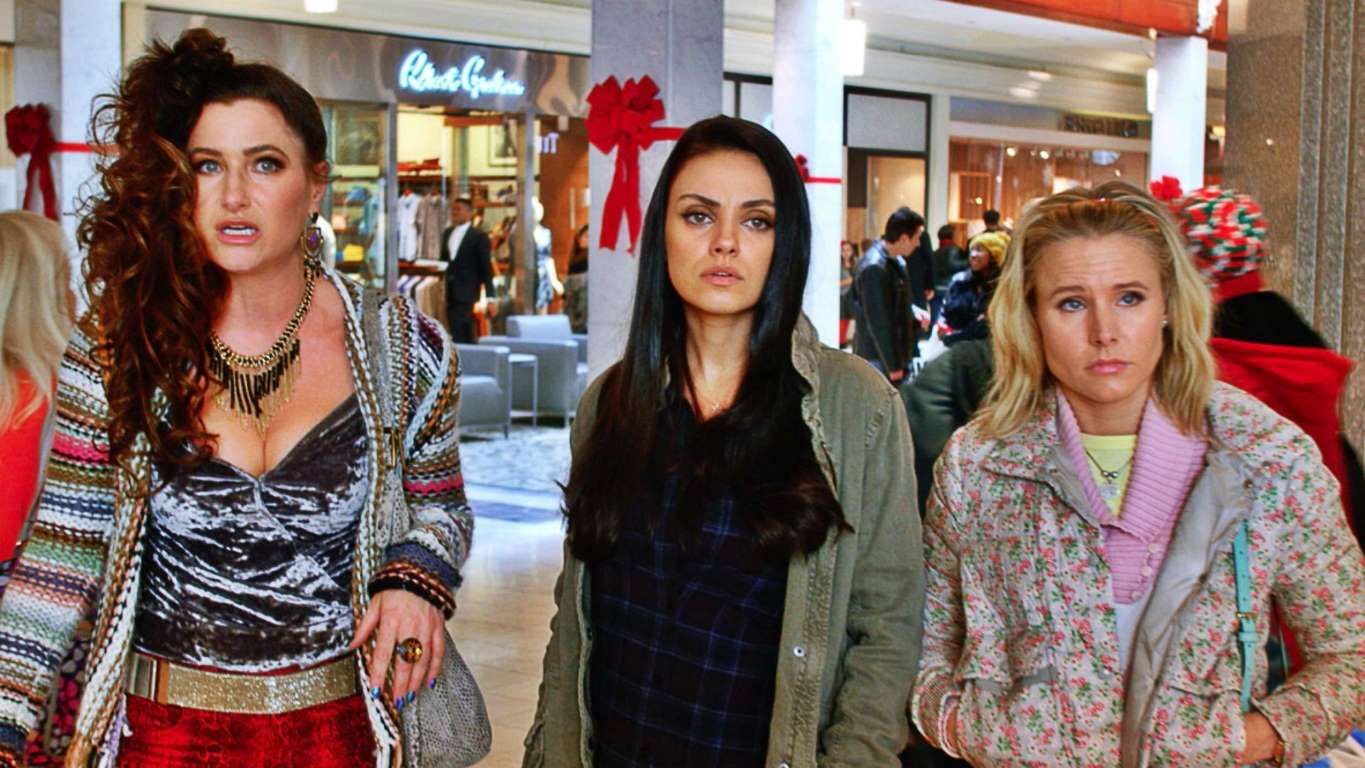 The movie stars Mila in the lead role as Amy Mitchell, a young mom of two kids. She works as a sales representative for a coffee company. She is overworked and her husband doesn’t contribute much to the household and raising their kids Jane (Oona Laurence) and Dylan (Emjay Anthony). Soon after the couple announces separation, Mila gets into a bad mom’s phase with two other mothers at her school. They break bad and raise hell together. 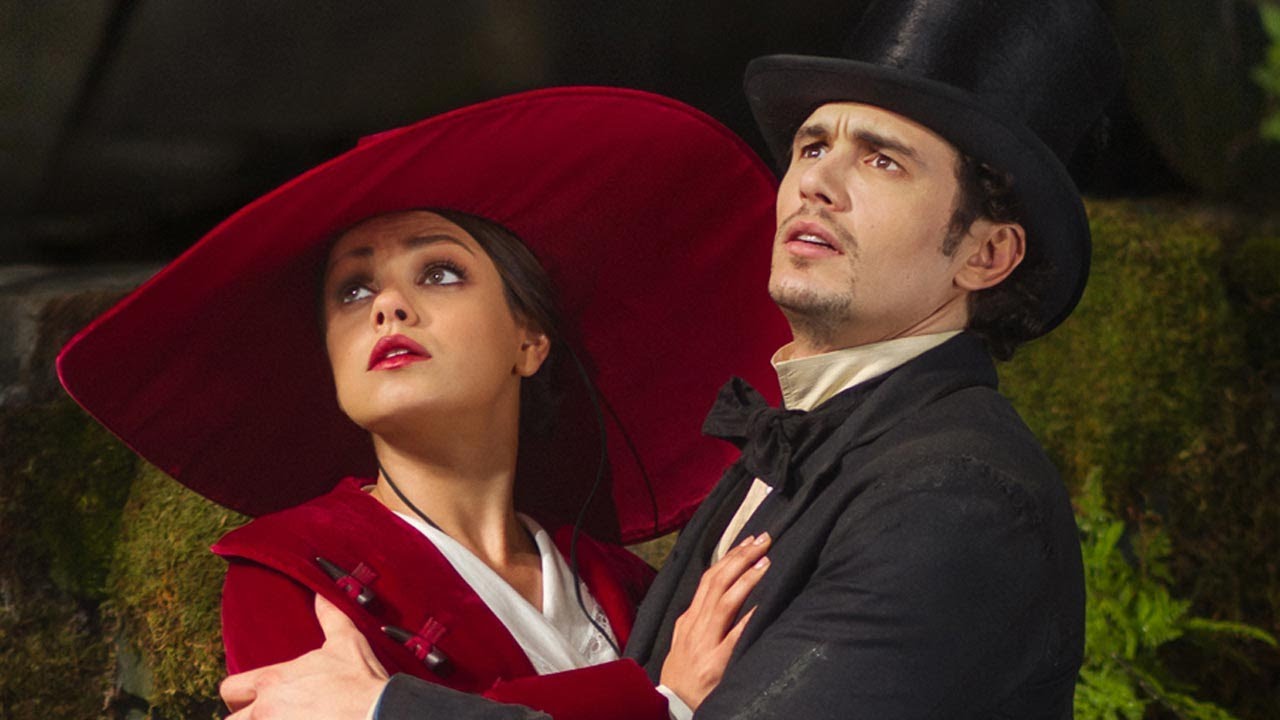 Oz the Great and Powerful: a spiritual prequel to the 1939 Metro-Goldwyn-Mayer film The Wizard of Oz.

Oz the Great and Powerful is a 2013 American fantasy adventure film.

This film stars James Franco in the titular role. It is so stunning to watch you won’t believe. The story involves the tale of a circus magician who travels to the magical land of Oz. The other castmates include Mila Kunis, Rachel Weisz, Michelle Williams, Zach Braff, Bill Cobbs, Joey King, and Tony Cox. The film is directed by Sam Raimi and written by David Lindsay-Abaire and Mitchell Kapner from a story by Kapner.

Oz the Great and Powerful is based on L. Frank Baum’s20th century Oz novels. It is set 20 years before the events of the original 1900 novel. 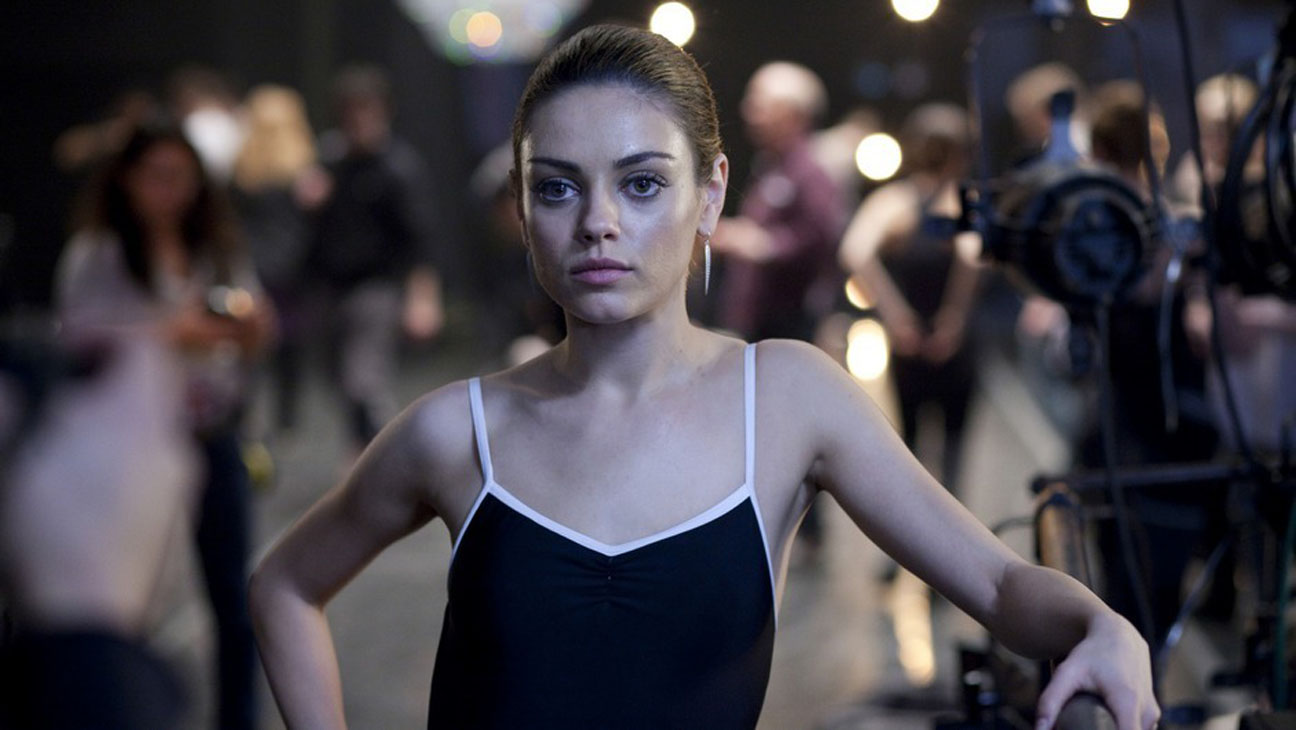 The film tells the tale of a married couple played by Steve Carell and Tina Fey who themselves in the middle of a mistaken identity crisis. Mila plays a supporting role in the movie. They take a night off because they are sick of slogging their married lives and work. 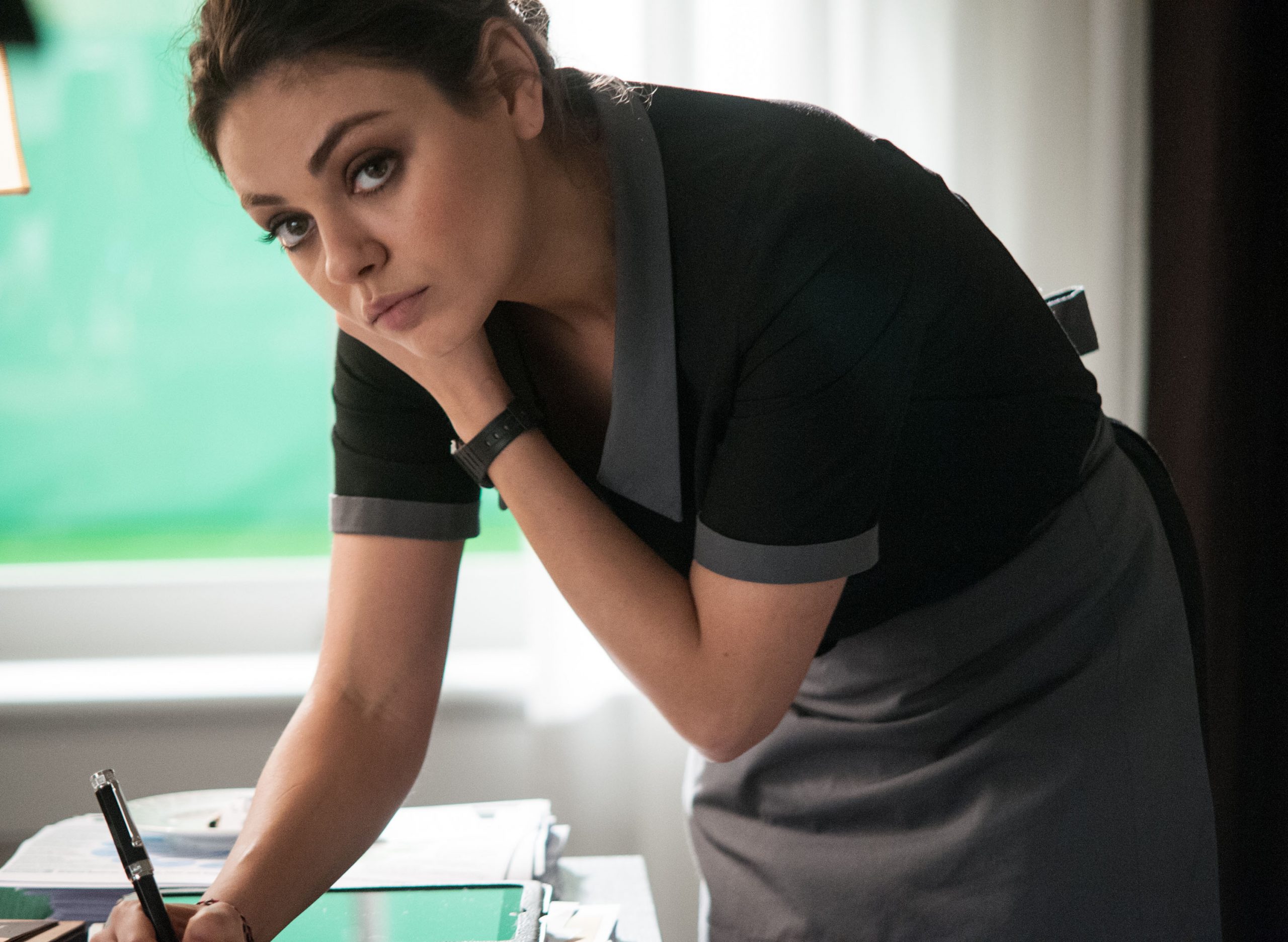 The movie stars Mila as Julia Weiss. It is directed and written by Paul Haggis. There are three inter-connected love stories that happen in places in Paris, New York, and Rome/Taranto. Mila is based in New York. She plays Julia, a former soap opera star but now a hotel maid. The rest of the characters are an author, a shady businessman. The common thing is that all these characters have suffered a life tragedy.

Besides Mila Kunis, the star cast of the Third Person includes Liam Neeson, Adrien Brody, Olivia Wilde, James Franco, Moran Atias, Kim Basinger, and Maria Bello. It is shot through Rome, Paris, and New York, as a story of three couples. This movie is everything! It has drama, romance, and adventure. 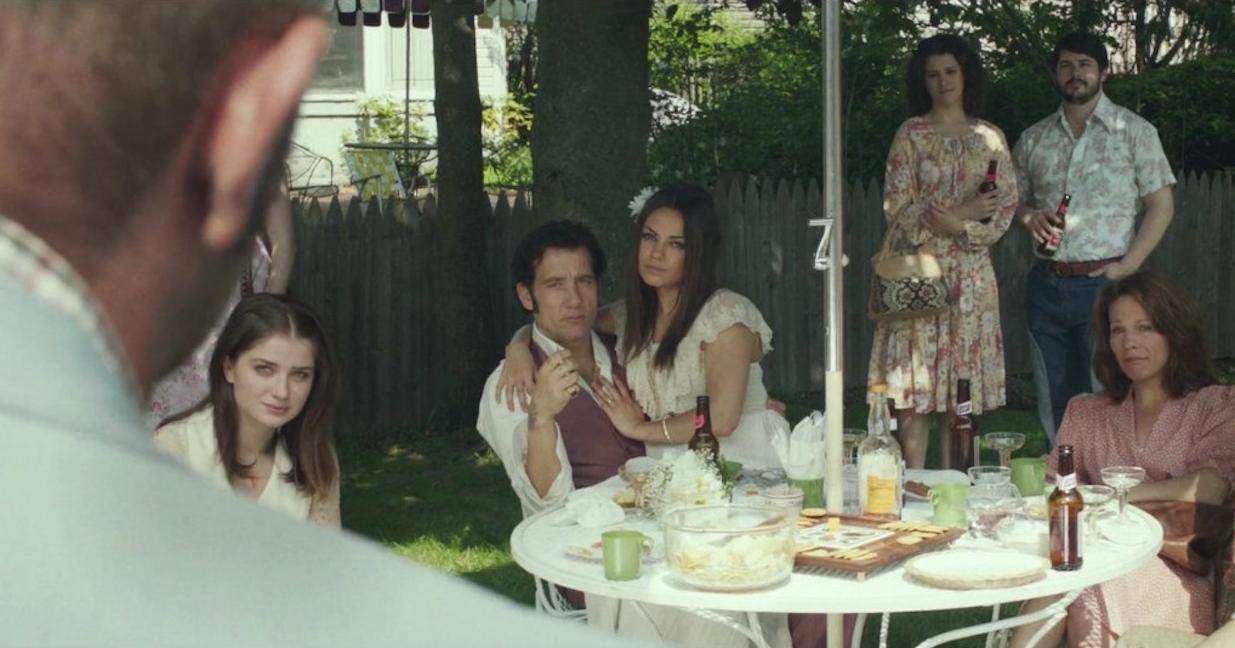 The movie is the story of 1970s Brooklyn. There are two brothers – both of whom are into organized crimes in Brooklyn. However, the difference is that they stand on opposite sides of the law. Blood Ties is all about suspense and drama. 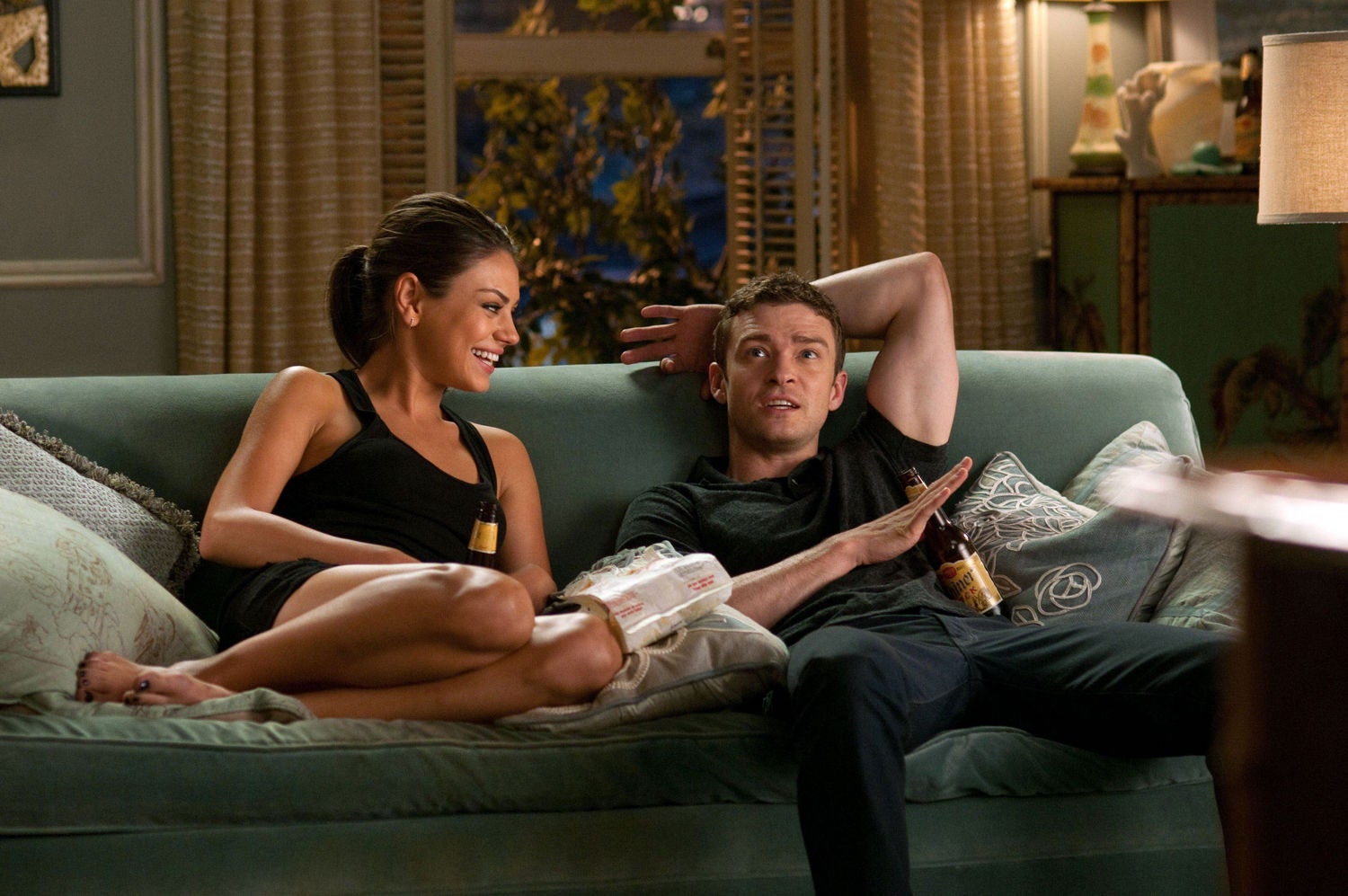 Friends with Benefits: Mila and Justin play a couple who are more than friends.

Friends with Benefits is a 2011 American romantic comedy film.

The movie is the story of a head hunter and an advertising agent whom Mila headhunts to come to work in New York. Dylan Harper (Timberlake) and Jamie Rellis (Kunis) meet in New York City. They begin a friendship and then move on to having random sex that eventually ruins their friendship. Once they begin to developed feelings for each other, complications arise.

It stars Justin Timberlake and Mila Kunis in the lead roles. Friends with Benefits is directed by Will Gluck. The rest of the cast includes Patricia Clarkson, Jenna Elfman, Bryan Greenberg, Nolan Gould, Richard Jenkins, and Woody Harrelson. 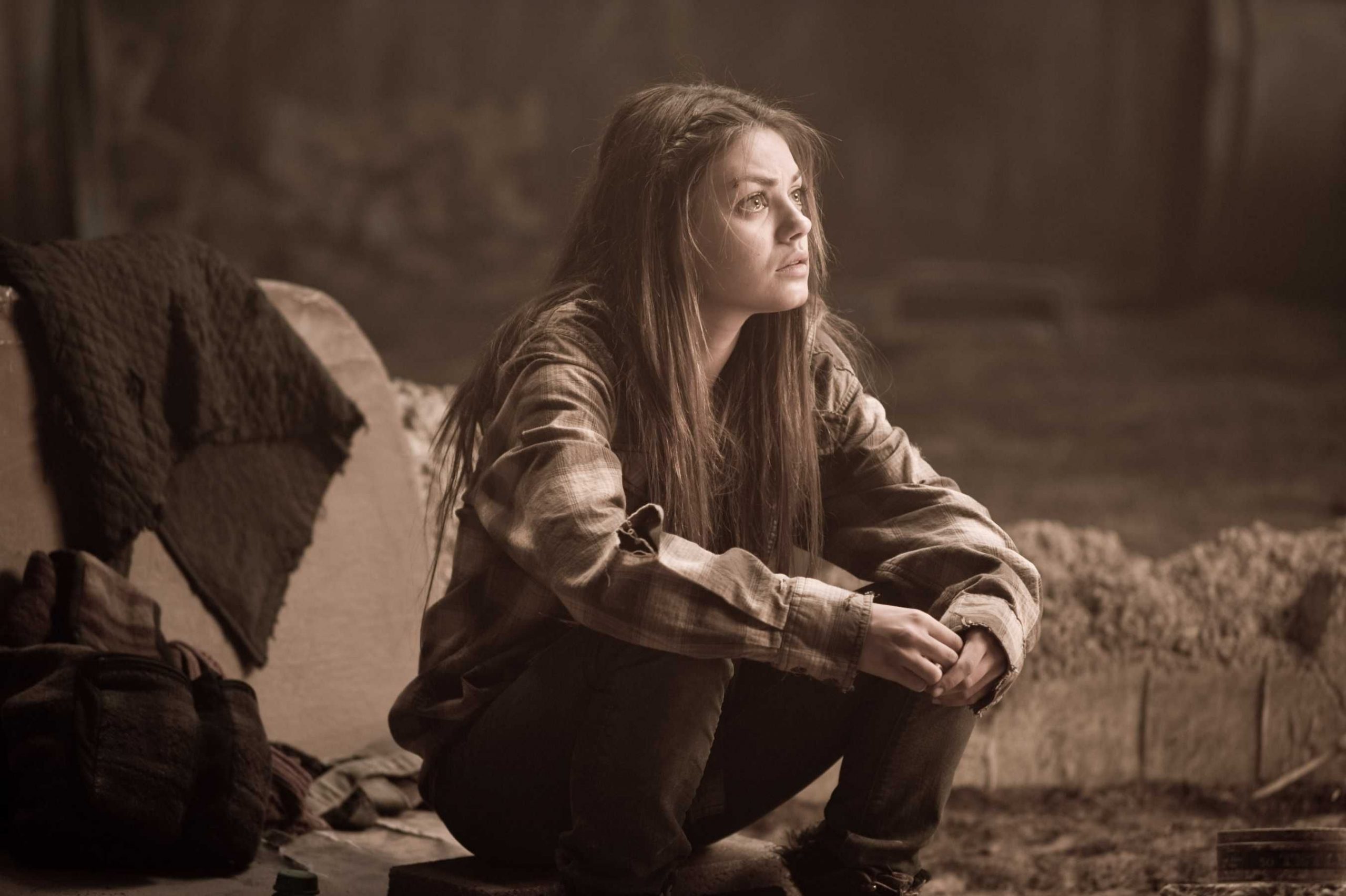 The Book of Eli: is a post-apocalyptic story of a man.

The Book of Eli is a 2010 American post-apocalyptic neo-western action film.

The movie tells the tale of a man named Eli (Denzel Washington). In a post-apocalyptic world, he travels across a ruined America to protect a secret book. Along with Gary Oldman, Solara (Mila Kunis) stars alongside Eli.

A voice tells him to deliver his copy of a mysterious book to a safe location on the West Coast of the United States. The Book of Eli is directed by The Hughes Brothers and written by Gary Whitta. It stars Denzel Washington, Gary Oldman, Mila Kunis, Ray Stevenson, and Jennifer Beals.

In this dystopian flick, Mila has branched into doing a different role than she usually does. 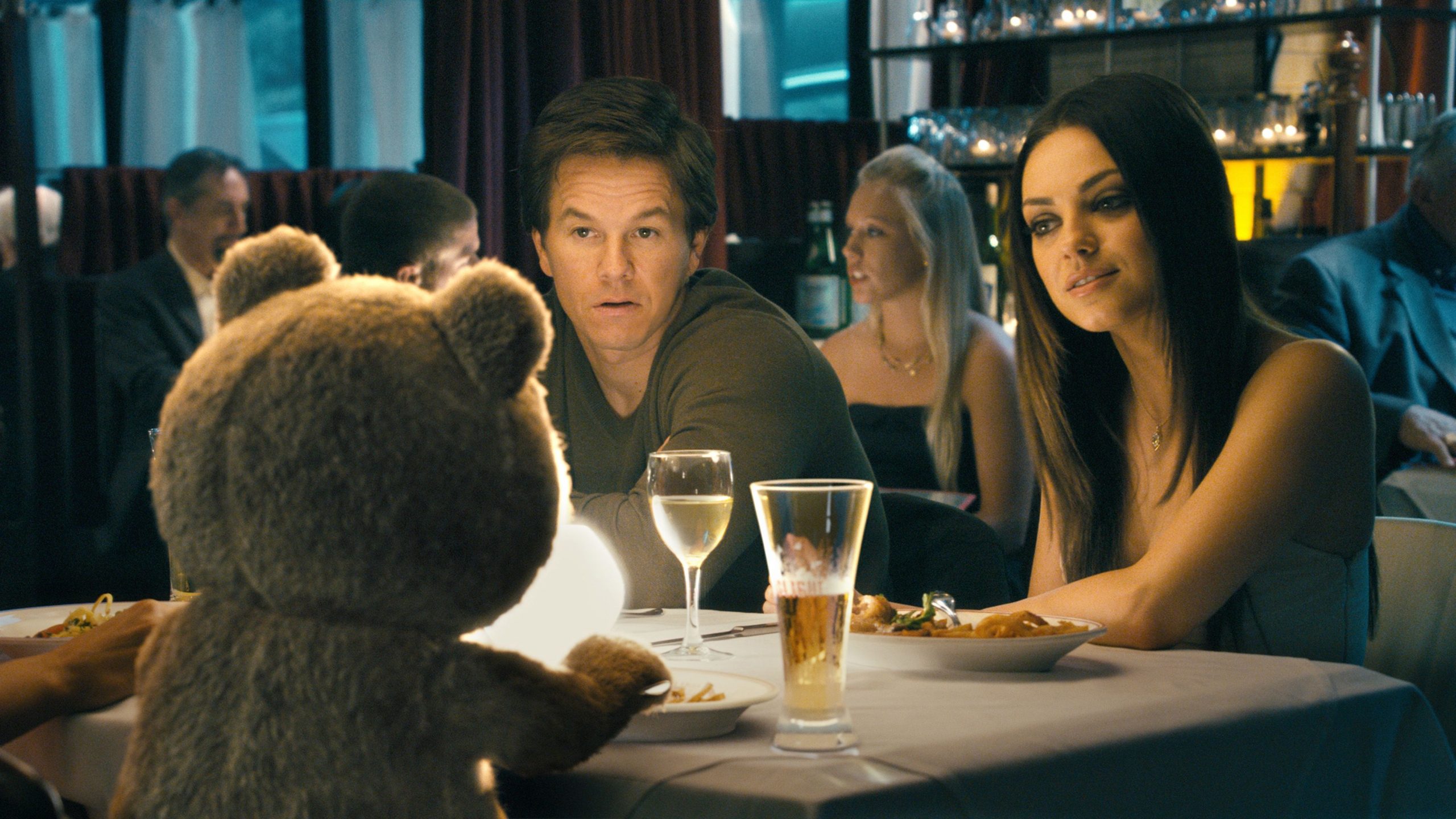 Ted: a slapstick comedy involving a teddy bear and a man.

It is just difficult to believe Seth made a movie involving a real-life teddy bear. Therefore Ted becomes a slap-stick humor movie. It is definitely cringy movies but at the same time, it is hilarious too. Mila Kunis didn’t participate in the sequel, Ted 2. She was replaced by Amanda Seyfried.

The movie is directed by Seth MacFarlane. It is written by MacFarlane, Alec Sulkin, and Wellesley Wild. Ted stars Mark Wahlberg and Mila Kunis in the lead roles. The rest of the cast in supporting roles includes Joel McHale and Giovanni Ribisi. Seth MacFarlane himself has provided the voice and motion capture of the title character, Ted. 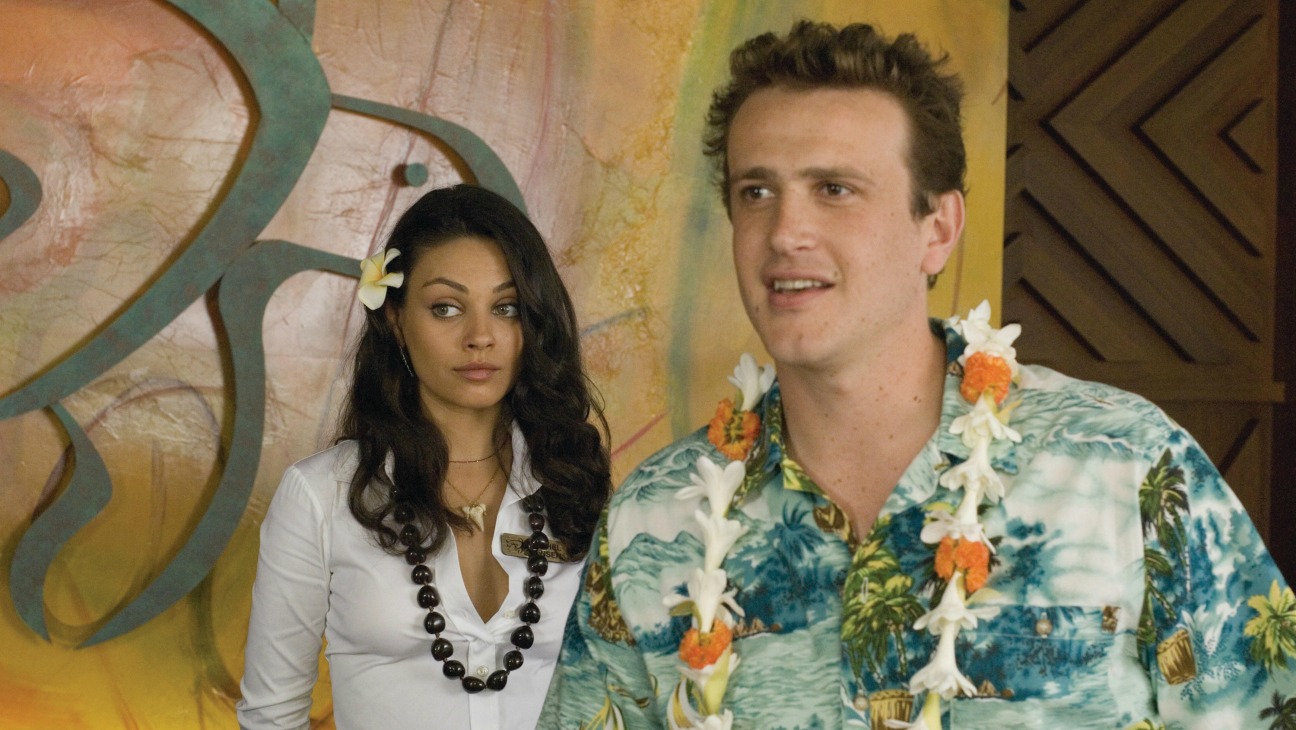 The movie is about a man named Peter Bretter (Jason Segel) who has been dumped by his girlfriend, Sarah Marshall, played by Kristen Bell. Mila Kunis plays Rachel Jansen, a receptionist for the Hawaiian resort Turtle Bay who meets Peter. They begin their own romance by the end of the movie.

Peter is lazy but he’s a nice guy. He is working as a composer for the TV show Crime Scene: Scene of the Crime. He aspires to do something else, for which he is working on the side. He wants to start a Dracula-based rock opera involving puppets called A Taste for Love in which he performs as Count Dracula.

Forgetting Sarah Marshall is directed by Nicholas Stolle. It is a Judd Apatow movie. 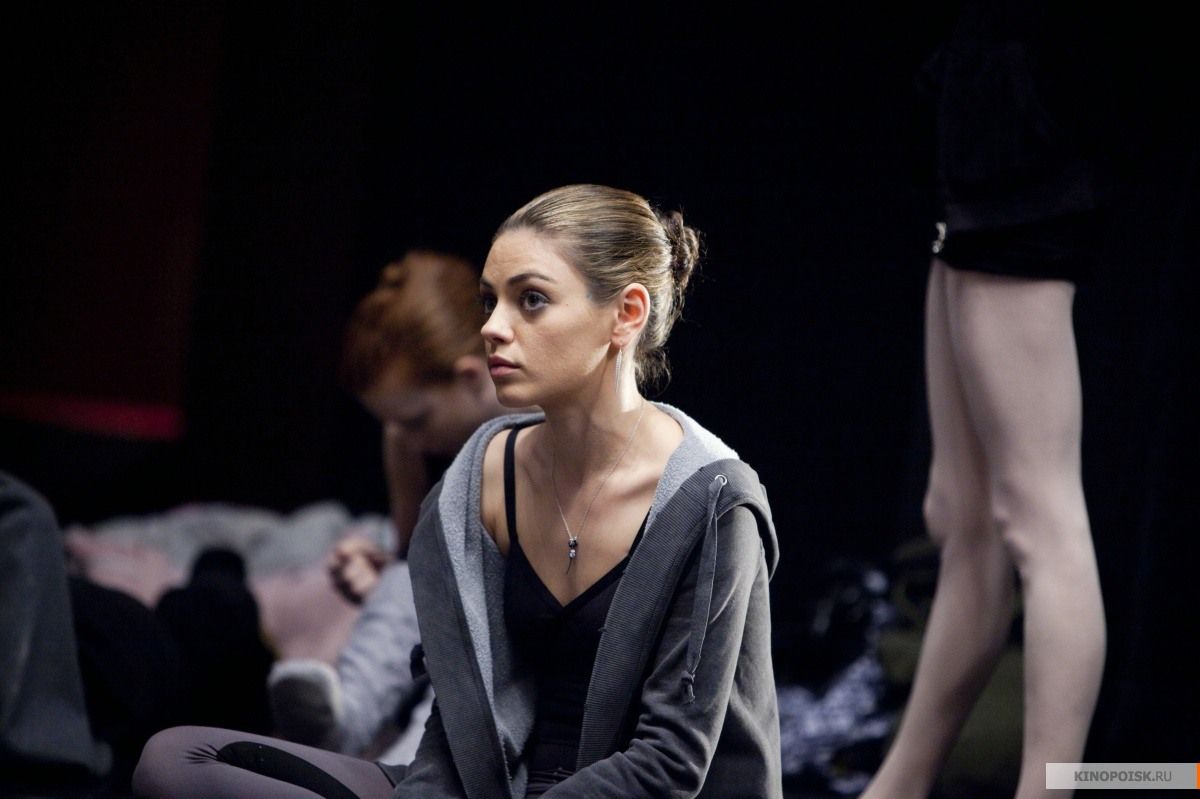 This movie is Mila’s career-best performance. She stars as Lily / The Black Swan. Natalie Portman is the lead of the movie. She stars as Nina Sayers / The Swan Queen. The cast of the film includes Vincent Cassel, Barbara Hershey, and Winona Ryder. The story is centered around Tchaikovsky’s Swan Lake ballet by the New York City Ballet company.

Black Swan is directed by Darren Aronofsky. It is based on a screenplay by Mark Heyman, John McLaughlin, and Andres Heinz, which in turn is based on an original story by Heinz.