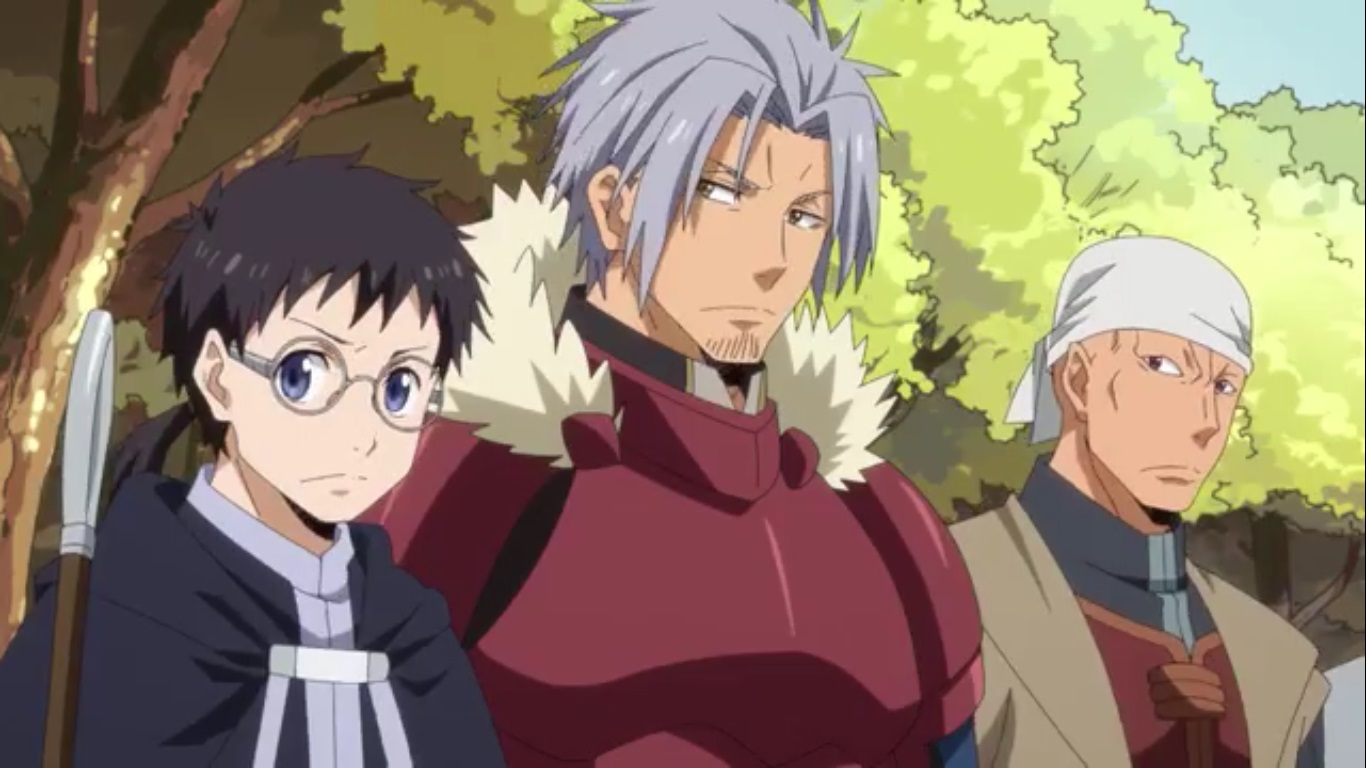 That Time I Got Reincarnated as a Slime Season 2 episode 1 marks the anime’s second season. The anime returned to the screens this week with a new episode and started with a quick recap from last season. Rimuru and his kingdom are still as impressive as ever. And this time, they are trying to create diplomatic relations with their neighboring kingdom of Eurazania. Back in Tempest kingdom, it is business, as usual, Rimuru continues with his teachings and addresses his citizens.

Rimuru told them about the ongoing diplomatic missions and wished to create a good relationship with Eurazania. He sent delegates from his strong leaders over to Eurazania. And Eurazania also sent its representatives, of which three individuals arrived. Rimuri Tempest is still trying to hide his real powers from the worlds out there. Instead, he has his trusted leaders do it to send the right message out to the world. He is creating a kingdom where all kinds of living species unite.

It includes humans, demons, lizardmen, and more. So his heroes also go around different places saving people and tell them that there are from Tempest. They describe Tempest as the right place where monsters live so that people won’t be afraid to come. And the very next step in this is to have good diplomatic relations with different countries.

That Time I Got Reincarnated as a Slime Season 2 Episode 2 releases next week, and the season will be continuing with more updates. Online streaming is available in both Crunchyroll and Funimation as soon as a new episode comes out. Dubbed episodes for season 2 will come out later in Funimation, probably after some few weeks from the debut date. 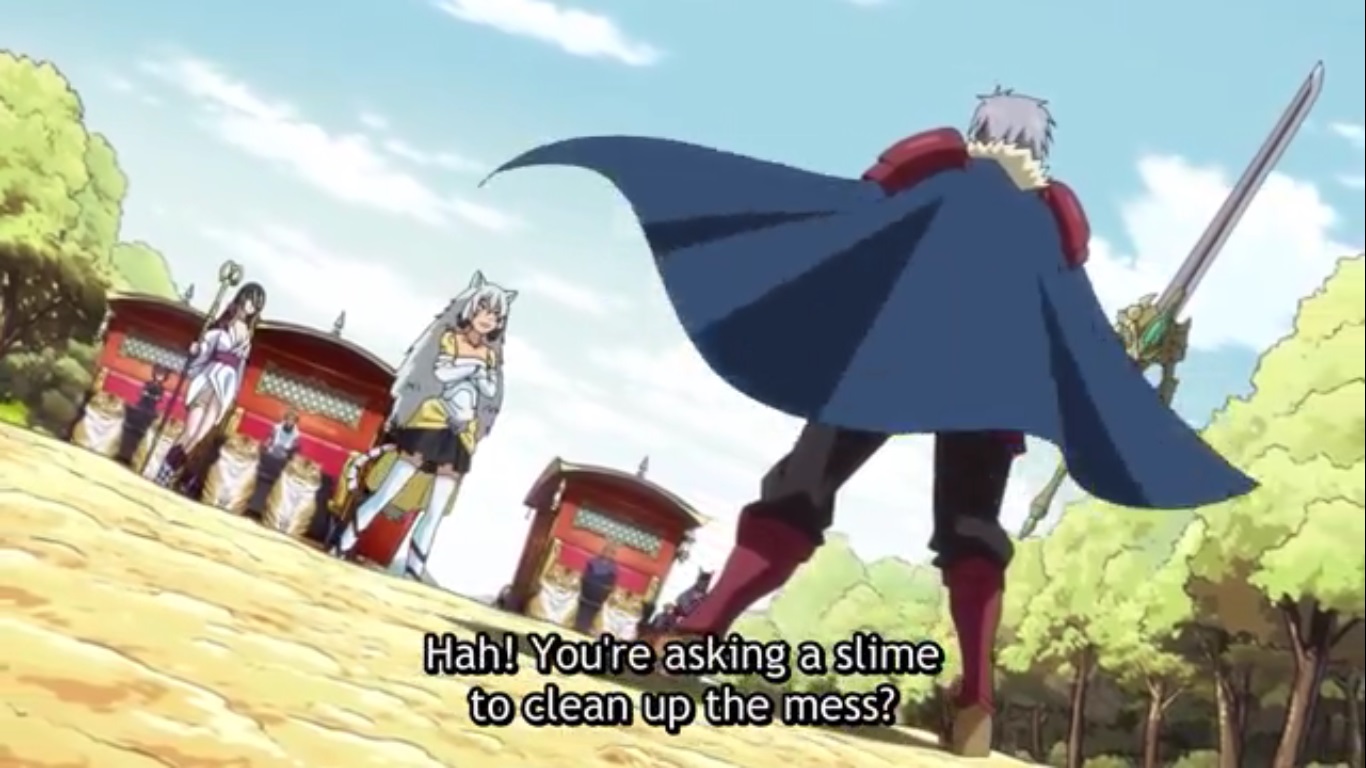 Rimuru sent delegates to Eurazania to see if the two kingdoms can become closer with each other. And he was also expecting delegates from Demon Lord Carrion representing Eurazania. So the situation back in Tempest is a little tense. They are hoping that the representatives might cause conflicts that will lead to fights. And when Rimuru sent his delegates, he told them not to cause any disputes. It means that if any fighting breaks out, they will come back and not get into any fights.

It was ironic because when the delegates from Euraznia arrived, Rimuru instigated a fight to see how strong they are. So far, we have not heard from the representatives who went over to Eurazania as the episode focused mostly on events at Tempest. It was the doing of the delegates from Eurazania, though, as they were disrespectful towards Tempest leaders. After they saw that humans are living in Tempest, they got disrespectful.

It became worse when they saw that Rimuru was a slime as they criticized him—angered at Eurazania delegates’ behavior. Rimuru instigated a fight to see who is stronger between his forces and people from Eurazania. Shion decided to step up and defend Rimuru in a battle and was fighting one of the delegates. As this happened, another representative from Eurazania attacked as well, starting another fight.

We still don’t know why Rimuru decided to promote these fights; maybe he was trying to have fun. These fighters will likely stop in the upcoming episodes, and then we will see them start with their talks. Tempest kingdom is still as it was in the last season. Interestingly, the people training, so this means that the upcoming fights will be even more impressive.

The situation at the Tempest Kingdom 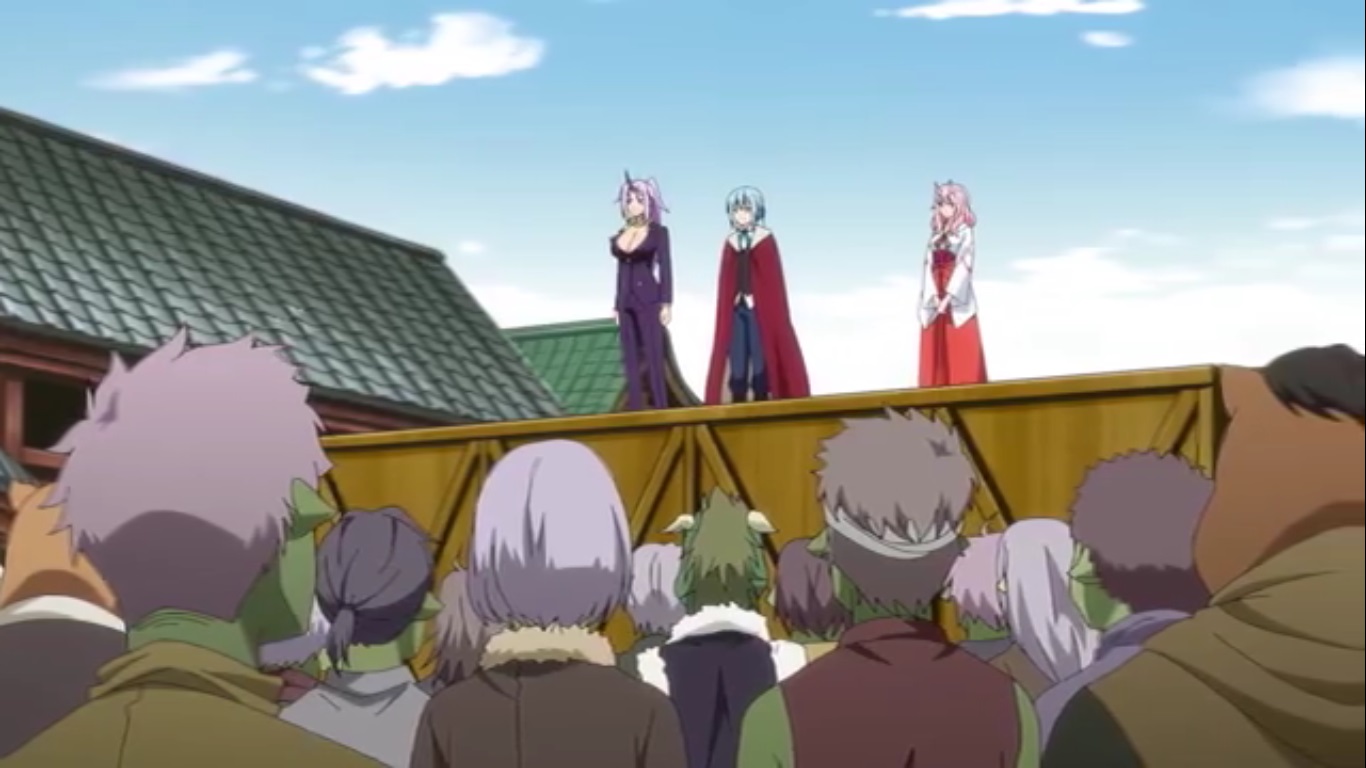 As usual, the anime is starting things slowly, we are just in the first episode of the season, and we get to see the daily business. And the last episode of the anime has shown us how everyone else in the kingdom is doing. Gabiru and his group are continuing with their daily training. We also saw Rimuru continue with his teachings in class, and Tempest has now become a fully functional society.

In the next episodes, we will get more updates on the delegates that went over to Eurazania. Since this is Carrion’s territory, we will get to see more of him this season. But so far, we are not sure if it will be as an ally of the enemy. The season is still beginning, so it will be interesting if the diplomatic talks go smooth, so we can see how Tempest intends to grow his kingdom.

We also have not seen much of Carrion, so we are all looking forward to how he treats other people. Especially the delegates from Tempest. When Shon talked about Carrion, Rimuru didn’t want to talk about who would b stronger between Rimuru and Carrion. So this can mean that Carrion can fight on equal grounds with Rimuru. But let us leave that as a story for another day.

For more updates on the anime and manga, you can look at our Anime News Weekly updates. More anime will be relating new episodes, and with the upcoming weekend, new manga chapters will be coming out as well.