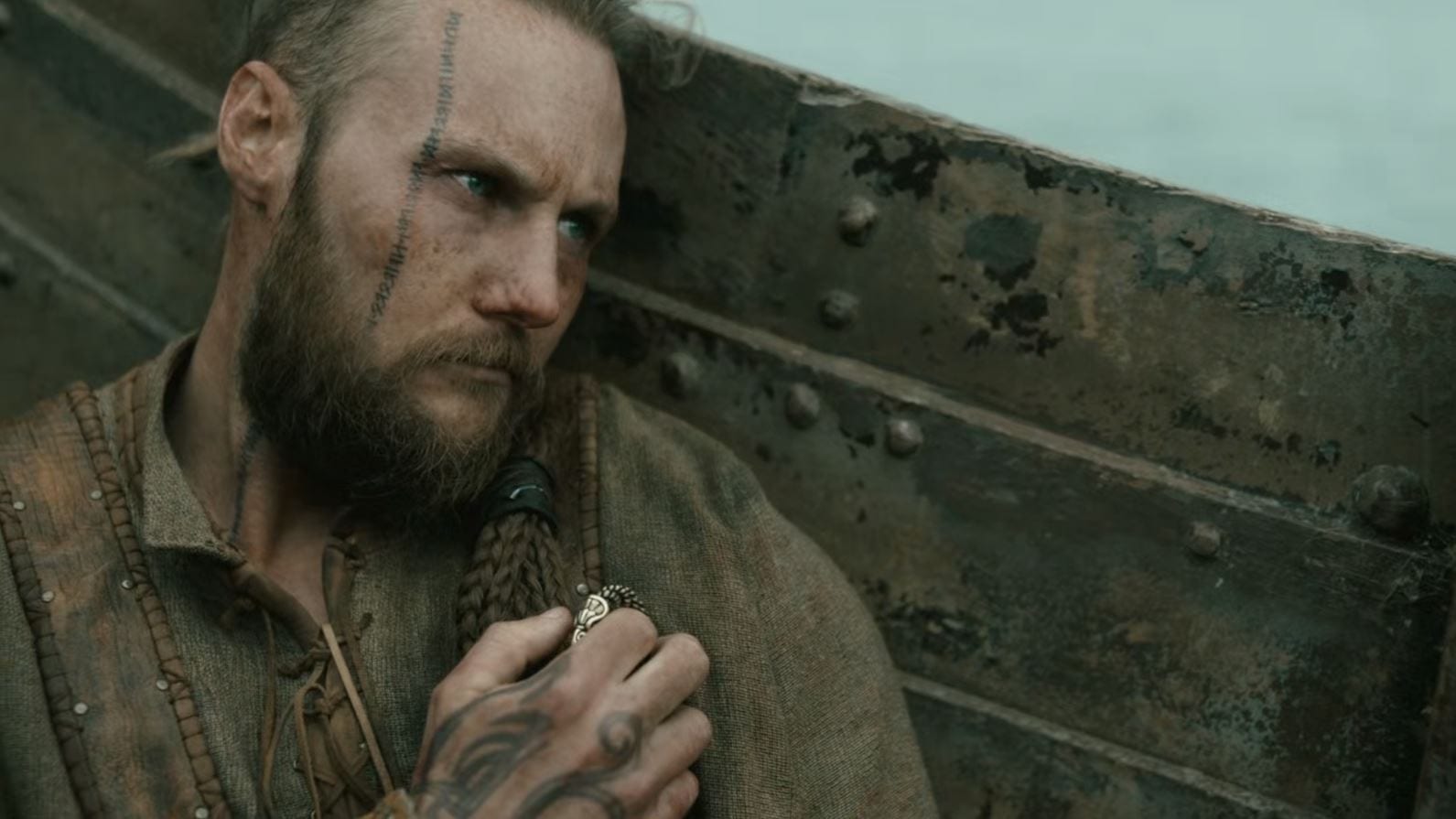 Vikings have done quite a magnificent job in setting the story up as we’ve finally reached the climax. All of Ubbe’s challenges, pain, and suffering come to an end as they finally reach the Golden Land. Ivar is back in England as he sets forth on fighting Saxons. And we finally get a glimpse of Alfred as he is back on screen. Interesting to note are the few events from back in season five of Vikings, As Ivar takes Kattegat, he sets Bjorn, Lagertha, and Ubbe running. As they flee to England, they make a deal with Alfred to be able to stay while they would help him defend Wessex. Later as Harald arrives with his armies, Bjorn helps the forces to prevail in the battle. During this, Ubbe becomes quite close to Alfred while Bjorn never truly adheres to the agreement as he only tried to get by.

With this help, Alfred does manage to win this battle and prove himself victorious. But he still does falls ill regularly which makes a lot of the noblemen feel very anxious about him being the king. They try to plot against him with his brother, Aethelred. As they feel he’s a more reliable heir and will have their interests in mind. Judith, who was mother to both, Alfred and Aethelred decide to kill her own son, Aethelred. She does so by poisoning him in order to make sure that Alfred doesn’t face any challenge to his throne. This was a truly cruel act considering it was her own son. But she is successful as it did help in consolidating rule and power to Alfred. Later we see Judith dying of cancer herself, which was the last time we followed up with England.

As we follow back with England, we can see how the memory of the threatening invasion still remains in people’s minds. But even so, it seems that Wessex is in a time of peace much like Kattegat, as Alfred is seen lounging around with his lords having a picnic. That’s when the news about the Vikings being spotted, arrives at him. Vikings remind us how Alfred has a different perspective for assessing problems as he always tries to make peace. These decisions are often most logical but may lead to him being seen in a bad light. But unlike the messenger, commanders, and his wife who are shocked by the news, Alfred faces the problems calmly and rationally. He is a much pious ruler but his faith and beliefs are far too immaterial. And Vikings does a good job in portraying Alfred’s thoughts as he plans against the incoming attack.

Things have got truly desperate on the boat as everyone looks like a lifeless corpse. Ubbe starts squeezing out water from ropes on the ship just to get a few drops of moisture for his kid. The situation contrasts way too much from the idea of Vikings searching settlements in the far-flung parts of the world. So as Ubbe mindlessly stares away, he finally sees something at a distance and calls out to Torvi. After all the suffering they had gone through, they have finally arrived at the Golden Land. Othere’s promises finally came true as the crew is unable to express their emotions. During the journey, Ubbe and Othere did throw glares at one another building up some tension. But the sheer joy of finding the land overcomes that hostility. The scene pans out with the view of the island as the passengers head towards their new journey.

As Ivar and Harald’s forces arrive in England, they plan to take down Wessex. Ivar being one who likes to strategize proposes a plan which is weaved from his so-called experience with Ragnar. Throughout Vikings, there are several instances where Ivar keeps referencing Ragnar to give himself leverage and influence. He mentions how Ragnar once suggested the strategy before his death but no such scene occurs on-screen. This event may have happened off-screen but could also be part of Ivar’s manipulations to gain influence within the army. The very next scene shows Ivar not so discreetly imply to Hvitserk how Harald’s days are numbered. We can say for sure that Ivar is planning aggression against Harald to make himself the central among Vikings. He may be trying to make himself seem useful and competent as most people keep underestimating his true ambitions.

So as Ivar and Hvitserk head out to get some information on Alfred’s whereabouts, they move away separately. Ivar’s forces get into a serious skirmish as they had been ambushed by a trap followed by Saxon soldiers storming in. The Saxon commander kept shouting commands to target Ivar specifically as the battle got pretty brutal. Ivar got very close to the action having to cut down a couple of the men himself. And it all seemed to like that the Saxons will be successful in their ambush. As we cut cross between Alfred praying implying that he had a very direct role in setting up this ambush. It is quite possible that the objective is to kill a son of Ragnar. This would demoralize the forces as the loss of a famous name could altogether disband the army. Therefore, it could be Alfred’s motive to avoid a fight completely.

This plan is unsuccessful as Hvitserk comes in swinging his ax taking out enemies left and right. This is quite a turnaround considering how in the last episode he was crying with self-pity. Some gestures between the brothers made it seem like Ivar intentionally made himself vulnerable as a target. So that Hvitserk can later come in ambushing the Saxons. So with their first obstacle out of the way, Ivar starts to torment the population burning down their homes. This could make Alfred compelled to face him in a place of his choosing as Harald’s army waits atop the hills scanning for any moment suggesting Saxon’s move. They plan on continuing the pressure by tormenting the civilians as they sit up in the location waiting for an opportunity. The same could be said for Ivar as he awaits an opportunity to take down Harald.

Harald is well aware that both, Ingrid and Eric do not like him. Both of them only view him as a source of power and influence. So, as Harald is about to leave for England, he decides to enjoy his probable last days. He messes with both of them by appointing them as co-rulers as infighting was bound to occur amongst them. After he leaves, Eric tries to take Ingrid as his wife calling himself the Kingmaker. Ingrid puts on a show of adhering to it but this is followed by some truly disturbing scenes. In some form of her witchcraft involving herbs and blood, Ingrid places a spell upon Eric to make him go blind. Now that he is blind, Eric is not suitable to rule thus making Ingrid the sole ruler of Kattegat.

Episode 17 of Vikings was really enjoyable as it was filled with action and adventure. The story expanded well into England and we got Alfred back in the show. Further developments in the story are much awaited as we further follow up with Ubbe and Ivar. Another highlight for the episode was when Harald explains Floki’s history to Eric and Ingrid. This scene makes us realize how the golden age of Vikings had faded out as the new generation isn’t aware of the past greats. Harald, who himself was a new face seems like an ancient character in the series. And we can only hope that the mentioning of Floki meant some progression in Ubbe’s storyline. As things seemed inconclusive when we last saw Floki getting buried in that mountain. And now that we are reaching the end of Vikings, we will witness the end of this phenomenal series.

You can watch all the episodes by Vikings on Amazon Prime Video and Netflix.

5 Most Iconic Villains of Young and Restless