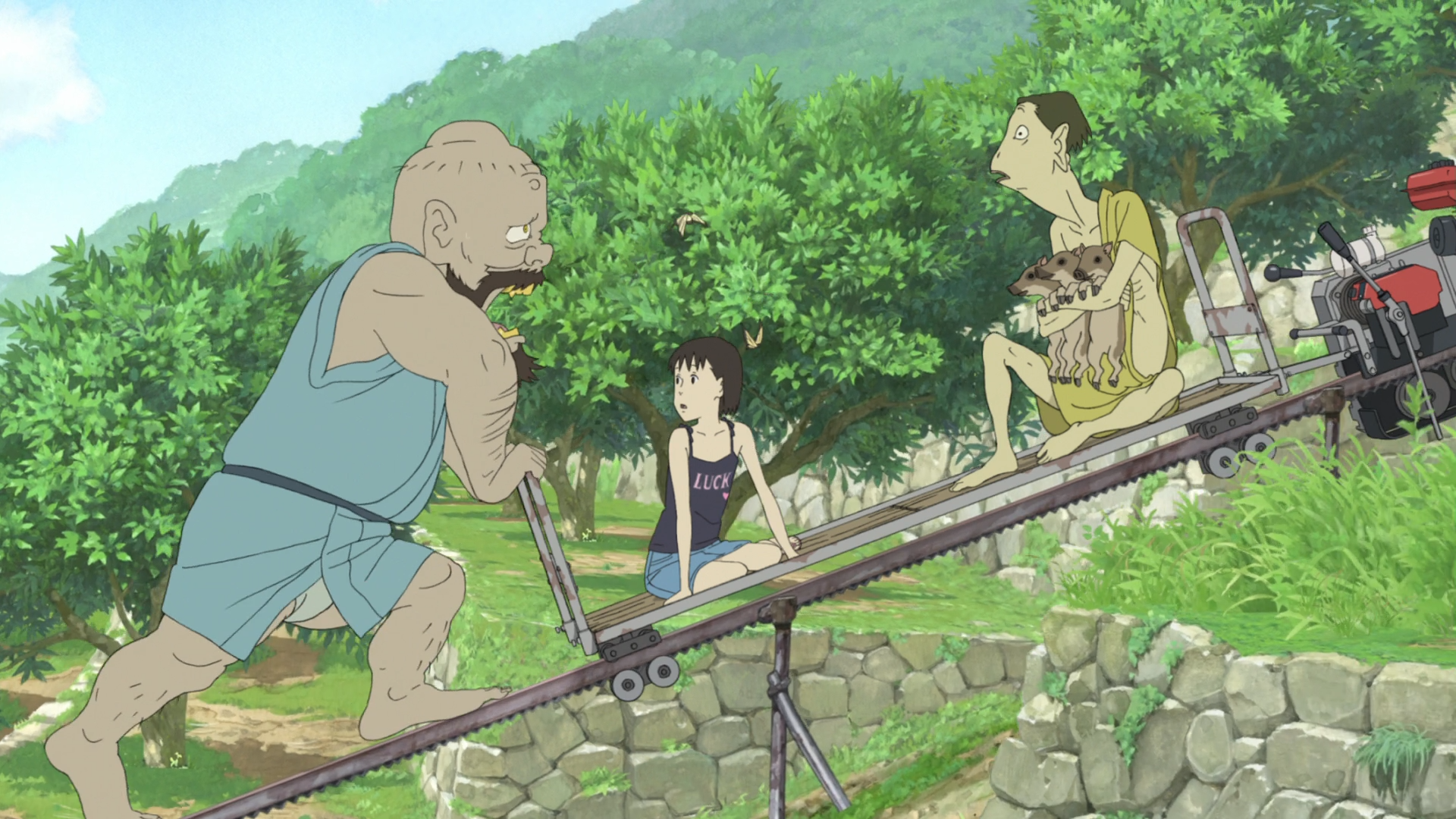 A Letter To Momo is an underatted anime film

Anime is a very large medium, getting into anime for the first time can be a little daunting. Most anime are created for the express purpose of filling audiences with love and pleasure, but there are also a lot of creators who choose to reach the other end of the emotional continuum in their work. Some anime are based on manga while some are original in their concept and stories. So in this article, I am gonna talk about the best original anime films that will make you feel refreshed and different from mainstream anime.

Lu over the Wall will remind you of earlier Ghibli films that were presented in a way that the films had a feel-good factor. Kai Ashimoto is a middle school kid who has formed a band with his mates Kunio and Yūho and one day he meets Lu, a ningyo. Lu looks a lot more human than a ningyo normally does, but when she hears music, she grows her legs and starts dancing and she makes everyone dance around her. The film is directed by Masaaki Yuasa.

This latest film from Mamoru Hosoda is known for making genre-bending anime films and has a league of his own. This film takes a hunt from his previous works like The Girl Who Leapt Through Time and spun a time travel story of its own. Mirai is a lovely, amusing, family-friendly tale about a brother and a sister. This tracks a little boy on the day his little sister first comes home. He’s extremely nervous about the new arrival, but a future version of his sister comes to teach him more about family values. It’s a lovely story, but it isn’t afraid to dive deeper into more mature themes, making even more of a coming of age film.

It is a science fiction film that will remind you of Fast and Furious franchise but it much more thrilling and action-packed anime film which got into the classic category. It is filled with thrilling and racing sequences. The animation style is virtually psychedelic, unique, somewhat classic and it took so long to complete the film. Set in the universe of forbidden alien car racing, the plot follows one driver named JP, as he drives through planets trying to qualify for the famous Redline rally. The film starts fast and never slows down. Watch for races, but wait for machines, monsters, guns, explosions; the list goes on forever.

Another film from Masaaki Yuasa to feature on this list, Ride Your Wave is an emotional and rightly colored minimal visual style that makes it his most satisfying film to date. Hinako is a talented surfer who moves to college in a small coastal town. As the illegal fireworks display set fire to her apartment complex, Minato’s first respondent saved her. The two characters fall in love quickly and credibly. Minato admires Hinako’s athletic prowess and assures her that she will find a way to manage her life and also her surfboard skills.

In A Letter to Momo, 11-year-old Momo Miyaura moves to a small island city with her mother after her dad dies. When she moved to the town, she befriends three goblins that can only be seen by her. They assist and support her cope with the loss of her father and the changes in her life. Rockaby harmonies of Momo ‘s adventure. Her most intensely feeling scenes, smoky grays and palest mauves, are never overshadowed by the spectacular elements of the film, whilst the conventional, hand-drawn animation catches the smallest frame.

6. Sword of the Stranger

The film revolves around 2 characters Nanashi and Kotaro, these are the main characters of the film Nanashi, A swordsman is caught in a struggle between morality, righteousness, and devotion after he agrees to take a ragged boy named Kotaro and his dog to a Buddhist temple, their dog name is Tobimaru, who will travel with Nanashi and Kotaro. In the entire story, he also plays a significant part in the plot, and everyone loves dogs there. Well, watch the video, and you’ll see the thrilling adventure of Nanashi and Kotaro, and those who want some good samurai and sword fighting material, that could be what you see.

The second film by Mamoru Hosoda to be featured in this list and is among the best films of all time. The movie depicts a college student named Hana, who meets a mysterious man who is a half-wolf and then ends up marrying him. One day he was killed while he was out looking for food, and now Hana is left with two half-wolf children whom she has to raise on her own. The film portrays Hana ‘s pain when raising her children, which is one of the heartbreakers as well as the right things about the film.

8. Whisper of the Heart

This film was directed by Yoshifumi Kondo, written by Hayao Miyazaki and Released in 1995, he was sought to as the next Miyazaki or Takahata for the studio but unfortunately, this is Kondo’s only film as he died three years later in 1998.It tells the story of a 14-year-old girl named Shizuku, who’s studying hard for her exams, finds it funny that every book she wants to read has been checked out by the same person on her list in front of her. The person is a boy named Seiji, but they start to displease each other and their relationship develops during the film.

Fans were desperate and in need of another anime which is themed on a body-swap romance just like Your name and we just got one, A Whisker Away. This anime recently hit Netflix on June 18 worldwide and is helmed by fan favorites Tomotaka Shibayama and Jun’ichi Satô, who gave us many classics like Neon Genesis Evangelion and Sailor Moon. The Anime centers around the story of Miyo Sasaki, who turns herself into a cat to get the attention of her high school crush, Kento Hinode.

This is considered to be one of the greatest anime films of all time, it has a major influence on anime culture and many parallels are made to other anime properties. This features an amazing plot, characters, monsters, a romantic romance, breathtaking landscapes, exciting battle scenes, and stunning animation. This fantasy film is set in Japan and tells the tale of a young prince, Ashitaka, who finds himself afflicted with a curse that will inevitably destroy him, and now he has to find a cure.