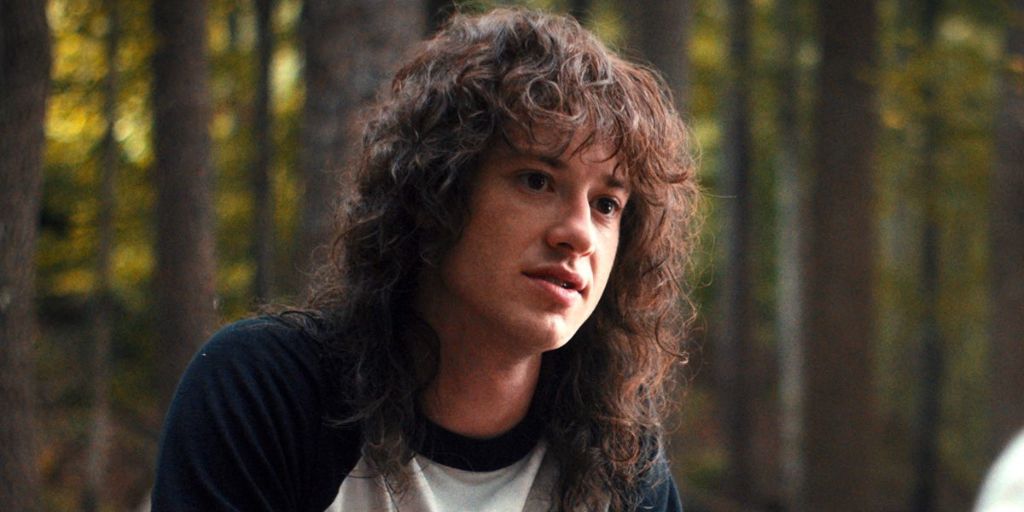 Eddie Munson had all of us swooning with his first glance, and for the right reasons! Stranger Things Season 4 welcomed a handful of new actors to its cinematic vision this year. Joseph Quinn‘s performance as Eddie Munson introduced us to one of the least toxic characters in the Stranger Things universe. All he ever wanted to do was spread happiness around (sometimes illegally), but his town failed him.

One can expect a lot from Stranger Things and still end up sobbing with its closure. The most important questions fans were desperate to get answers to were probably whether their beloved characters were able to see the light at end of the tunnel in the most anticipated season finale ever. This brings us to Eddie Munson. Read on to find out what the Duffer brothers had in mind for his fate.

Read Also True Detective Season 4: Is it Confirmed Yet?

Who is Eddie Munson?

Quite peculiarly, Eddie Munson’s character was introduced to the audience in Season 4, Volume 1 of Stranger Things. Eddie himself proclaims that he’s been on the road to graduation for a couple of years now. Yet still, he was never mentioned before on the show. It’s not like other High-schoolers weren’t featured. Nancy Wheeler (Natalia Dyer), Jonathan Byers (Charlie Heaton), Steve Harrington (Joe Keery), and Billy Hargrove (Dacre Montgomery) are some of the central high school characters that come and go along with some extras throughout all four seasons.

However, Eddie Munson, the infamous leader of the “Hellfire Club,” is brought on-screen for the first time with the onset of the fourth season. 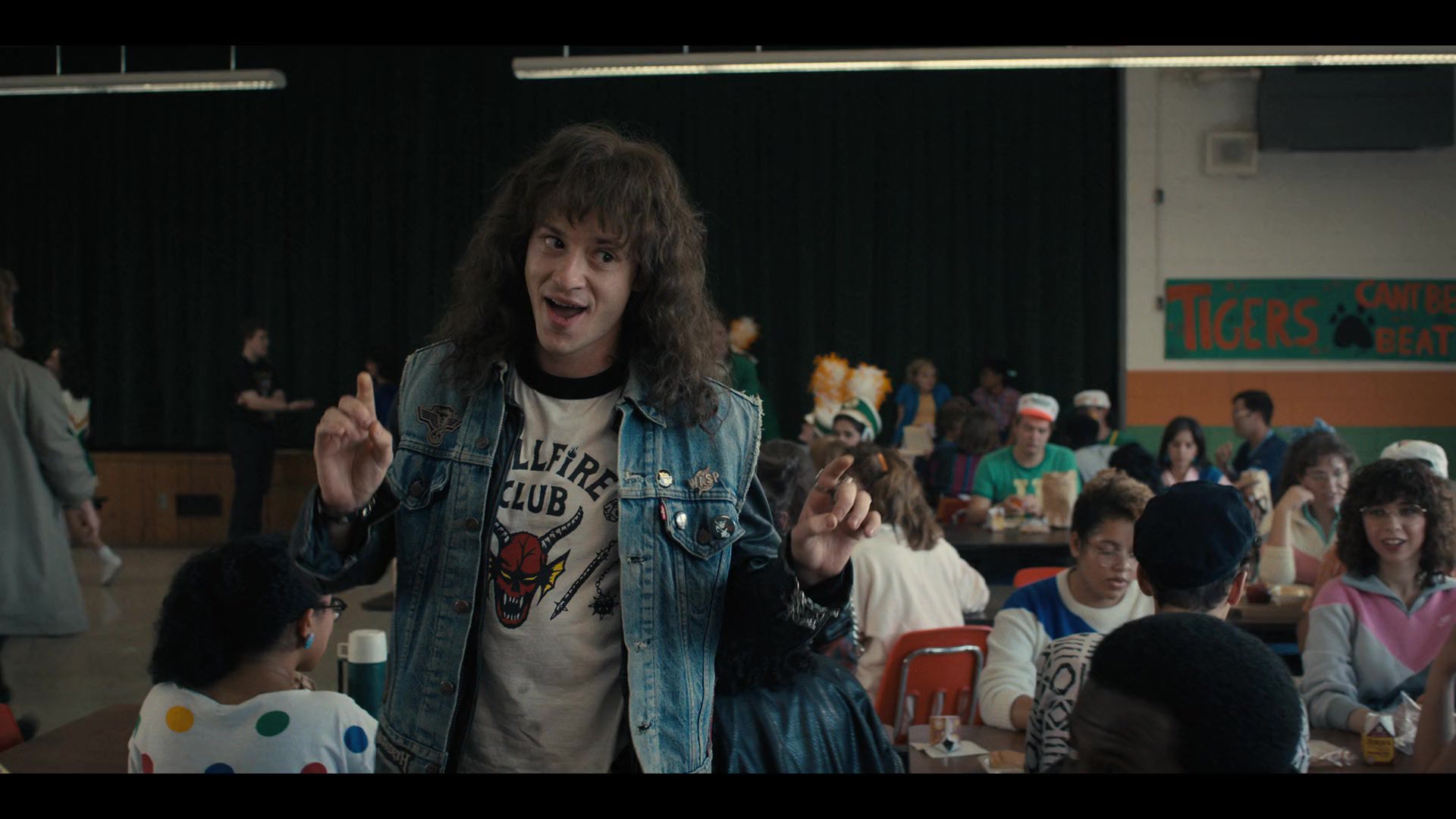 Joseph Quinn’s Eddie Munson may not have graduated high school after all, but he definitely graduated as our hero.

Played by Joseph Quinn, the Hellfire leader caught quite the attention of the spectators, who instantly fell for his eccentric charms. Even though his club is engaged in mere game sessions of ‘Dungeons and Dragons’, other students have often linked their connection with a Satanic affiliation. This misjudgment further pushes Eddie into alienation. We have Dustin and his team to thank for having formed genuine friendships with him despite him being on the run after Chrissy’s demise.

His ‘darling’ electric guitar-playing talent also encouraged him to form a metal band called “Corroded Coffin”. And those who have already watched the Season 4 Volume 2 finale know that he has the power to resound “the most metal concert ever”.

Other than his fellow Hellfire comrades, his relationship status with people is quite meager. His only family member is revealed to be his uncle Wayne Munson.

What Happens to Him at the End of Season 4 Finale?

The few weeks that spanned between Season 4 Volume 1’s last episode and Volume 2’s pilot served as the ground for major speculations. Shows like Stranger Things are well-known for their capacity to tragically cut ties with various characters. Fans aggressively took to the internet in preparation for commencing “riots” if their favorite major characters would be killed off. Steve and Robin became prime subjects of such speculations, as Robin even dishes her take to Steve in the Volume 2 trailer, “I have this terrible feeling it might not work out for us this time“. 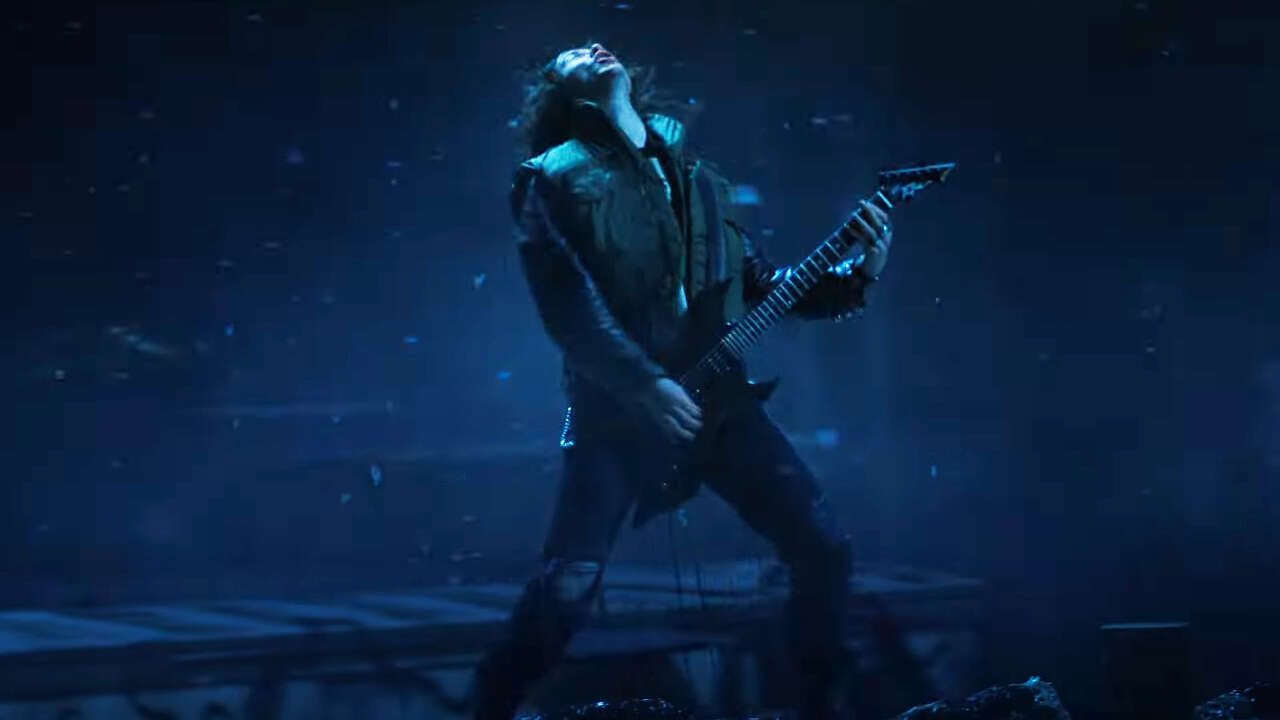 Eddie having his “most metal concert ever” in Stranger Things Season 4, Volume 2.

In spite of these threats laid down by the fans, most of them were actually anticipating at least one of the older major character’s death, if not more. However, they were not in the slightest headed in the right direction. It was actually Eddie Munson who eventually had to bite the dust. It was his choice, alright, but the choice of the show makers is severely under question at the moment.

Each season of the show brings in a number of new introductions. It’s turned into a tradition now that each new likable portrayal has to be disposed of by the end of a chapter’s narration. The same fate was sealed for Quinn’s Eddie as well. This raises significant questions like why the producers are deliberately adding new characters to the cast if all they wish to do is feed them as bait.

Eddie Munson had turned into an older brother figure for Dustin by the end of the season. He believed in him from the very beginning as Eddie took him and his friends under his wing as soon as they entered high school. This act may not seem to be a big deal for many, but it helped them form a community in school, a place where they could establish a sense of belonging. Eddie “showed (them) that school didn’t have to be the worst years of (their) life“. Later, Munson’s cause of death is foreshadowed by Dustin’s pun, “are you ready for ‘bat-tle’?” 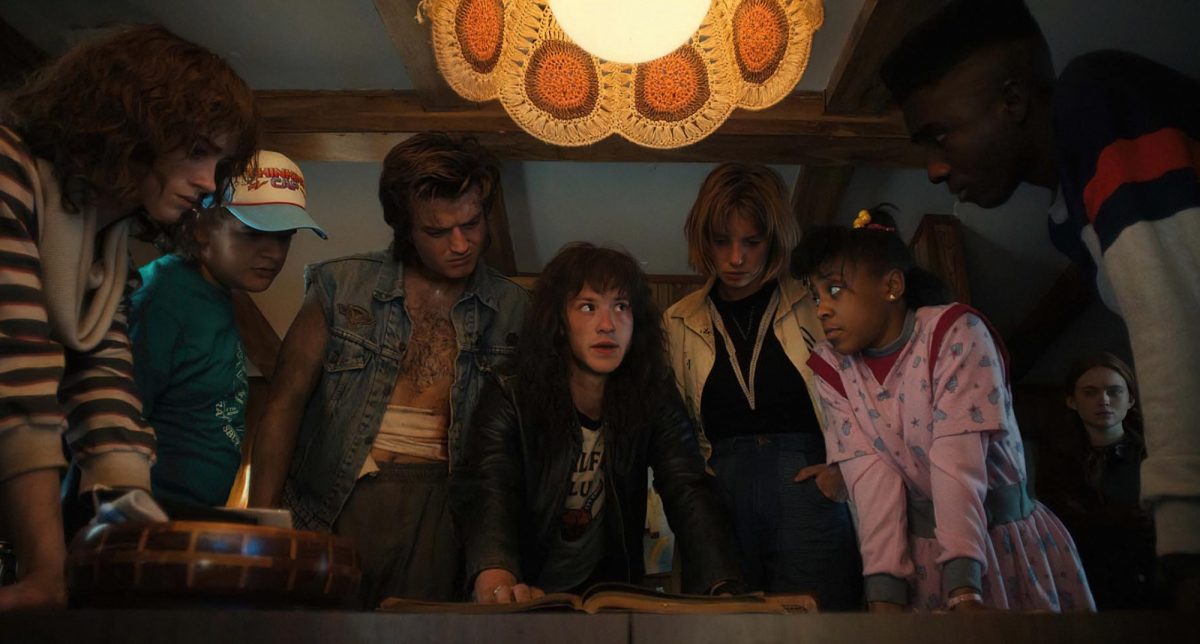 Eddie and the gang conspiring against Vecna.

The town of Hawkings may still paint him as the antagonist, but they don’t know him to be the hero he truly is and always was. Dustin’s comforting words at the end were directed toward Eddie’s uncle, but they were equally necessary for the fans too. The world missed the opportunity to get to know Eddie Munson as a person. If people had made the slightest effort to find out more about him, they would’ve known how much he deserved to be loved.

Will Eddie Munson Return in Season 5?

The only comforting thought right now is that in shows like these, characters aren’t completely erased from future installments. Eddie Munson may have died a martyr for a town that believed him to be a despicable individual, but we may not have seen the last of him yet. The easiest and most convenient way to remember deceased characters is by including them in the story via flashbacks or someone else’s memory.

We all know how much he meant to Dustin, and their bond only strengthened as the show progressed, especially since he was the only one who truly believed in Eddie’s innocence right from the start. Therefore, if we do see Joseph Quinn make a comeback on the show, it’s probably going to be in the form of someone’s figment of imagination or nostalgia.

Stranger Things Season 4 Volume 2 is now streaming on Netflix. Head over to the platform to reminisce the best Eddie Munson moments in the drama.

Read Also How to Watch Reign in 2022? The Historic Drama Series