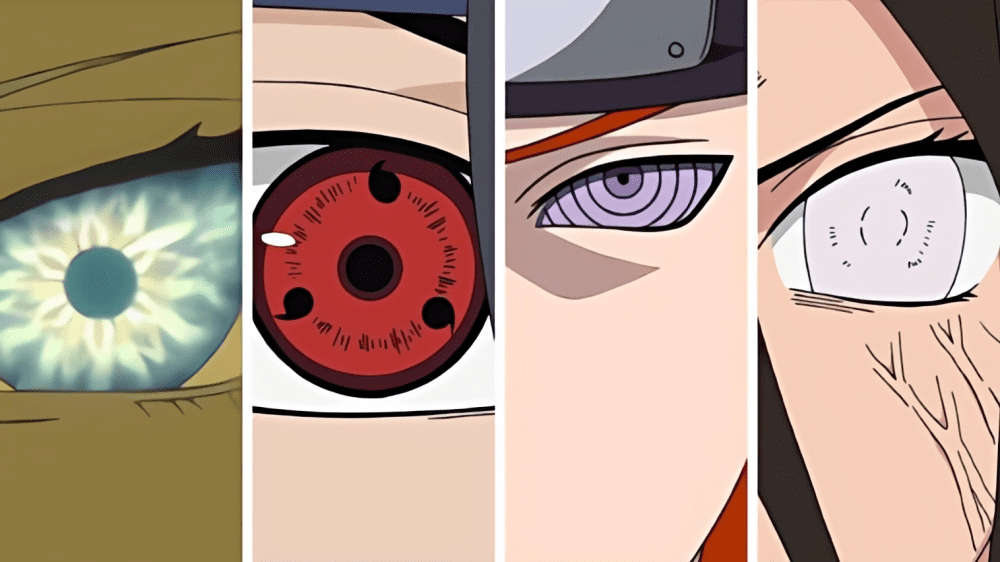 Every anime has some or the other op powers. These powers can either be inbuilt and invisible or can be increased to perfection and visible to others. Naruto has introduced us to some very cool concepts of powers. The chakra is the basis of any power in Naruto. After that, its type is determined. There is five major chakra nature in Naruto. These are Fire Release, Water Release, Earth Release, Wind Release, and Lightning Release. On top of this, we have various other powers including the tailed beast chakra mode and the tailed beast mode, and much more. But something that always amuses us is the different types of eyes in Naruto. Today I will be explaining all the powerful eyes from Naruto.

We have seen a lot of different mesmerizing and Powerful Eyes In Naruto. As much as these eyes look beautiful and astounding, they are powerful too. The most popular of these eyes is the inheritance of the Uchiha clan, the Sharingan. Well, Sharingan is not the only eyes one should be afraid of as there are many others capable of handling enemies easily.

I have already mentioned the Sharingan so let’s begin with this only. As we all know, Sharingan is an Uchiha-exclusive dojutsu. Every Uchiha has the ability to awaken their Sharingan under certain circumstances. Even though the Sharingan is exclusive only to the Uchihas, we have seen some non-Uchiha Sharingan wielders. The most prominent one is Kakashi Hatake. Another one is the not-so-liked Danzo Shimura. 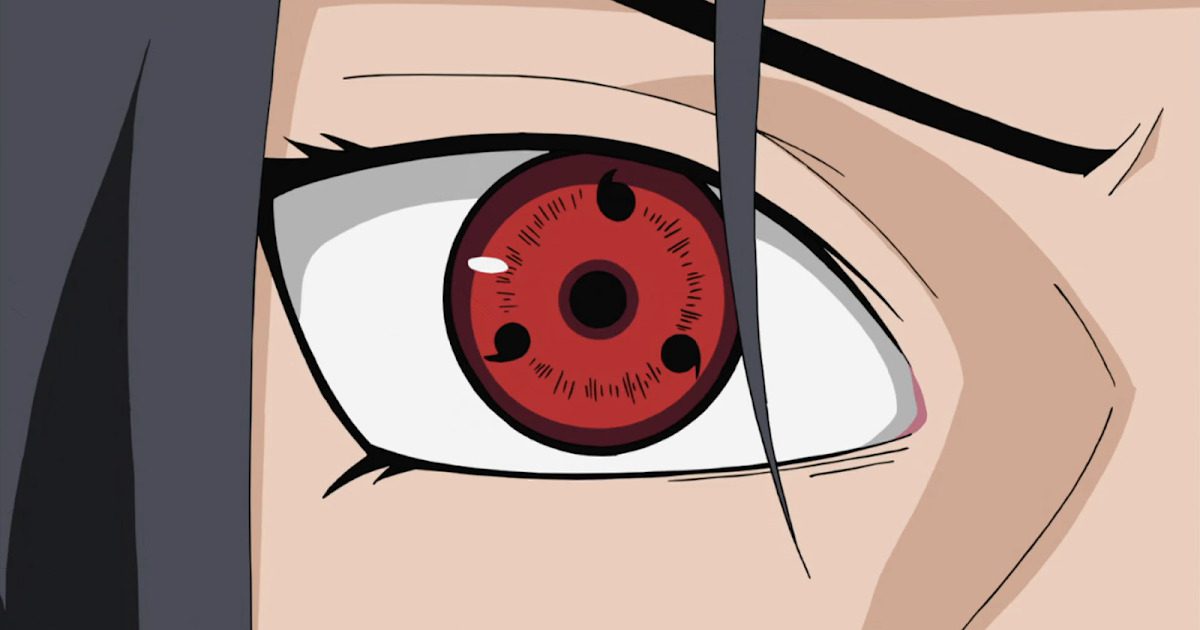 So what does the Sharingan do? One of the best uses of this eye is to create illusions, also known as genjutsu. Sharingan can also be used to copy the moves of the opponents, something which Kakashi had mastered thus earning him the name of the copycat ninja Kakashi. The Sharingan also enables its users to trace the extremely fast movement of almost everyone and prepare a counter for it within time. The Sharingan can be evolved into Mangekyo Sharingan when the user feels a deep sadness or trauma due to a personal loss.

This is the upgraded/evolved version of the Sharingan and grants the user an arsenal of tricks under their sleeves. There have not been many users of the Mangekyo Sharingan. One of the best Mangekyo Sharingan users is Itachi. He can invoke the Tsukuyomi on a target for a limited period using his left eye. His right eye had the Amaterasu, the infamous black flames which cannot be extinguished by anything.  Itachi awakened his Mangekyo Sharingan after witnessing Shisui’s suicide. 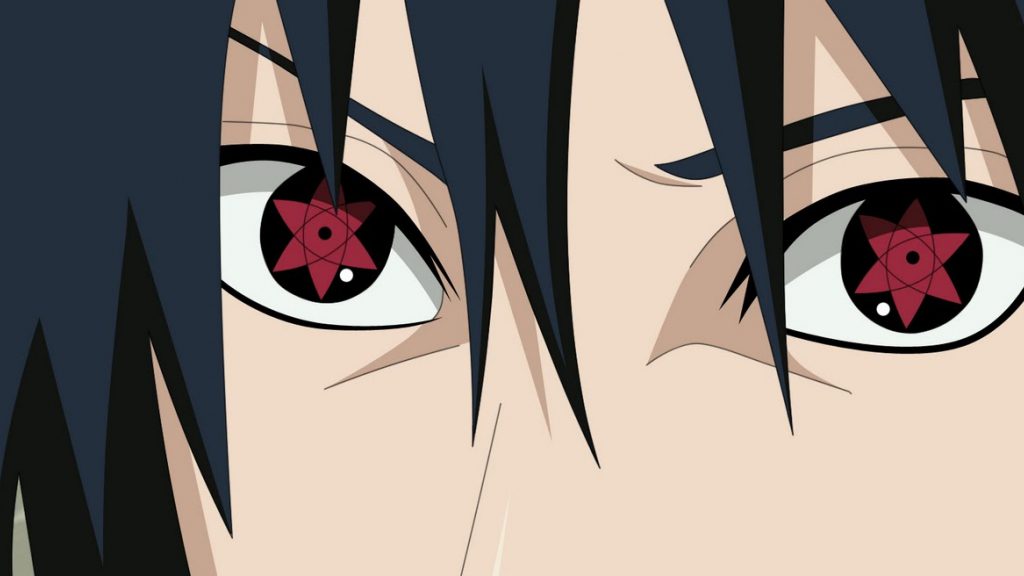 This is another powerful dojutsu exclusive to the Hyuga clan. I believe, and so do many others, and many will that the Byaugan is better than a basic Sharingan if used wisely.  Byakugan allows its user to watch clearly over a long distance. Moreover, the Byakguan’s vision is wall-penetrating much like Superman’s x-ray vision. The Byakugan is very handy when fighting more than two or more people as it allows one to keep track of all the enemies and see wherever they are hiding. The Byakugan looks like a white eye, which when activated gets strained. Using the Byakugan, one can also see the chakra around a person, this helps them in distinguishing a clone from a real person. 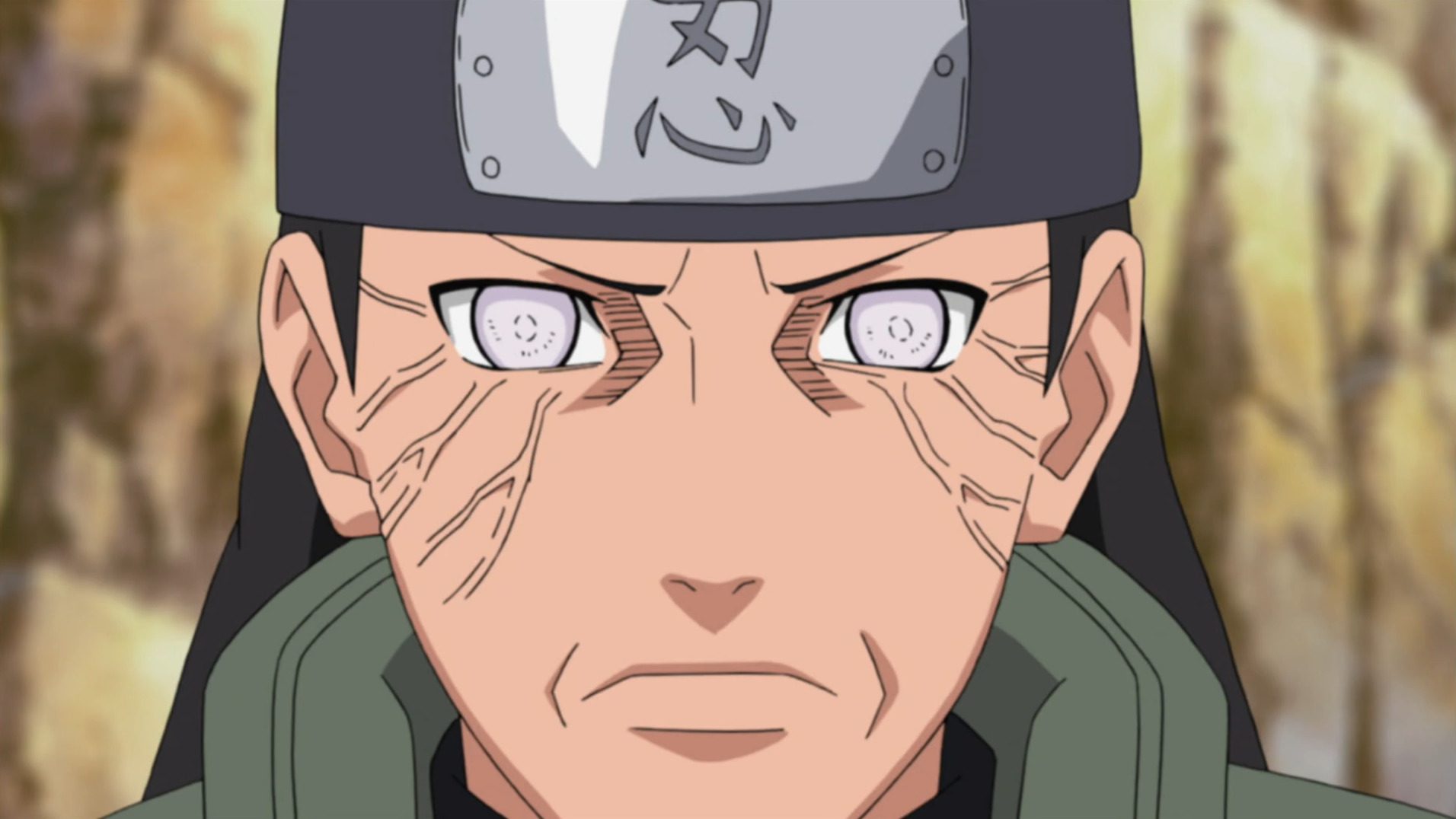 Rinnegan was the most powerful dojutsu in the Naruto series. This eye is just so powerful that only two people have known to awaken it. The first person to awake the Rinnegan was the Sage of Six Paths, Hagoromo Otsutsuki. The second known person to awaken the Rinnegan is Madara Uchiha. Madara awoke his Rinnegan towards the end of his life and was not able to use it until he was revived during the ninja war. Rinnegan offers godly powers to anyone who uses it. It is so powerful that if an unworthy user tries to implant a Rinnegan in themselves, they might even die. 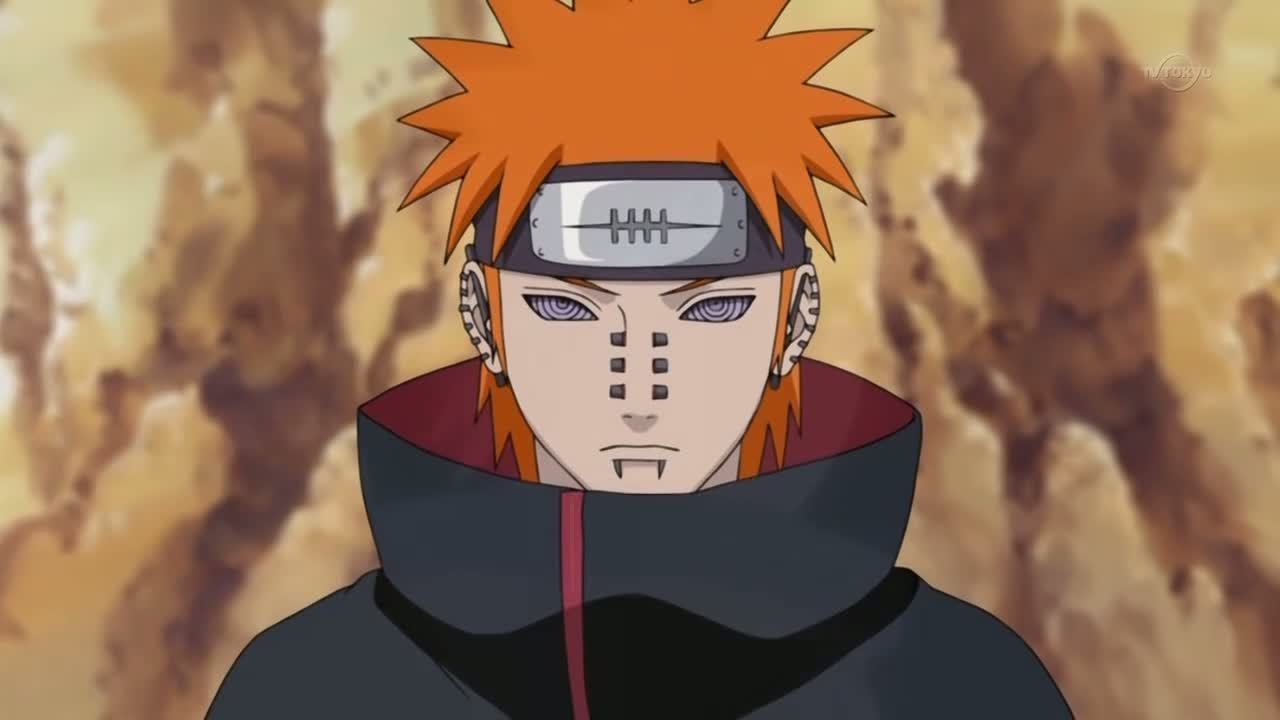 Anyone who has two of Rinnegan can use the Six Paths ability. These Six Paths abilities include controlling forces with the Deva Path. Altering others’ bodies using the Asura Path. Extracting souls using the Human Path. Summoning different types of powerful creatures using the Animal Path. Absorbing anyone’s chakra using the Preta Path, and access to the King of Hell using the Naraka Path. Other abilities of Rinnegan depend on its users. Pain used it to use the Sage of Six Paths mode, while Sasuke uses it to travel between different dimensions and teleport himself.

This eye has not been seen much but is a very cool one. Tenseigan was first seen in Toneri Otsutsuki. These eyes are the result of the combination of the Otsutsuki chakra with the Byakugan. Tenseigan is an insanely powerful eye. It can allow its wielder to crash the moon on the earth. If this were not enough for you, it is also capable of creating life in an apocalypse. Tenseigan also allows its user to gain the black truth-seeking orbs of the Sage of Six Paths mode. Toneri can also fly due to his eyes. 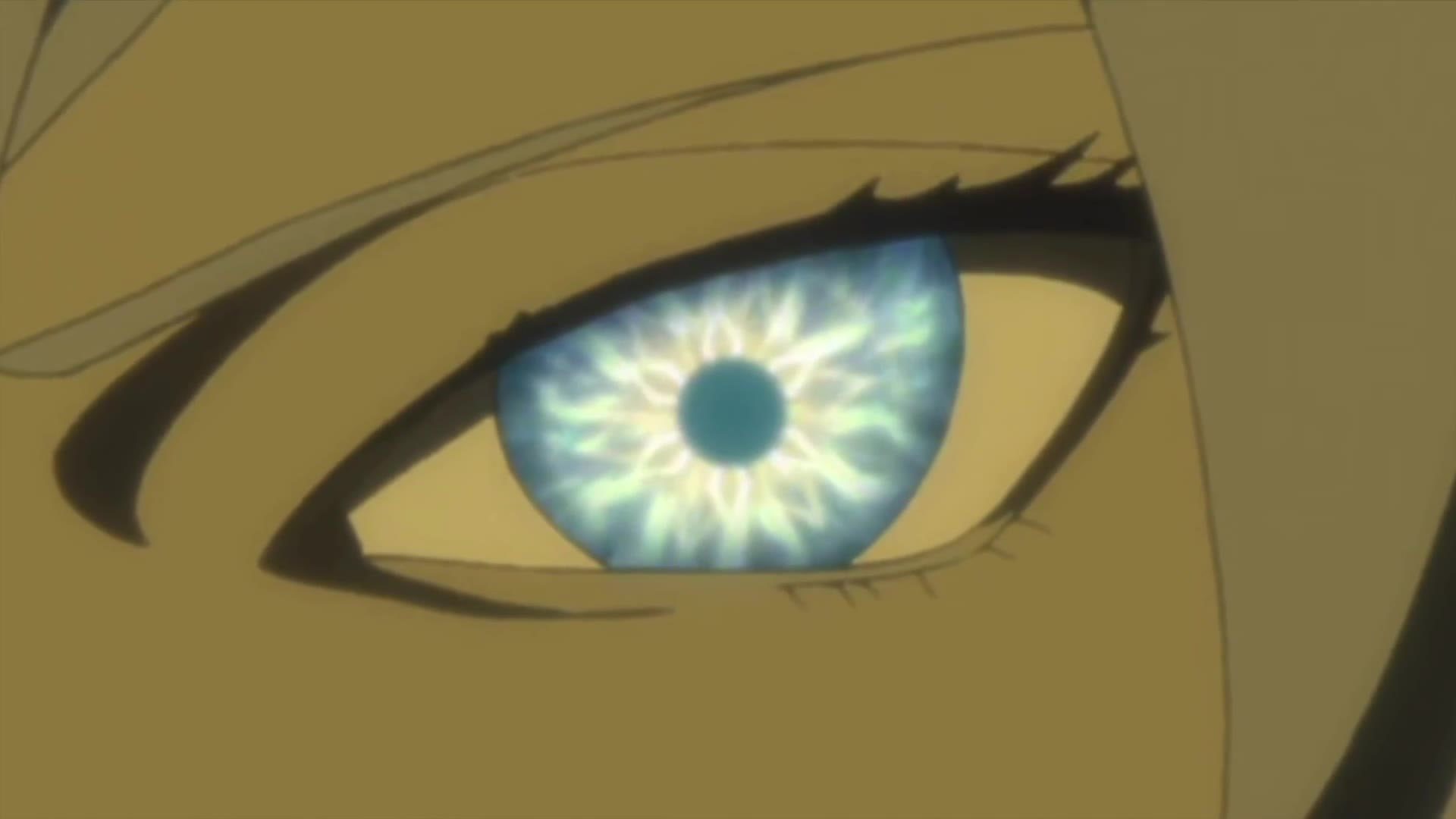 Jōgan is an unexplored dojutsu in Boruto. Both in the manga and the Boruto anime, the Jōgan has been shown only a few times. So far, the only known user of the Jōgan is Boruto (not exactly a user though). Surprisingly, the Otsutsukis already know what a Jōgan is. They even fear the Jōgan, well fear is a far-stretched word but they do not like the Jōgan either. Urashiki called the Jōgan troublesome, this means that Jōgan has some pretty cool powers which Boruto is yet to explore.

Even Momoshiki has said many times to Boruto that those blue eyes will take everything from him. Toneri said that Boruto’s eyes would either save or destroy the world. Boruto will soon uncover all the truths behind Jōgan for sure. We even see Boruto activating Jōgan at will in the very start while fighting against Kawaki. 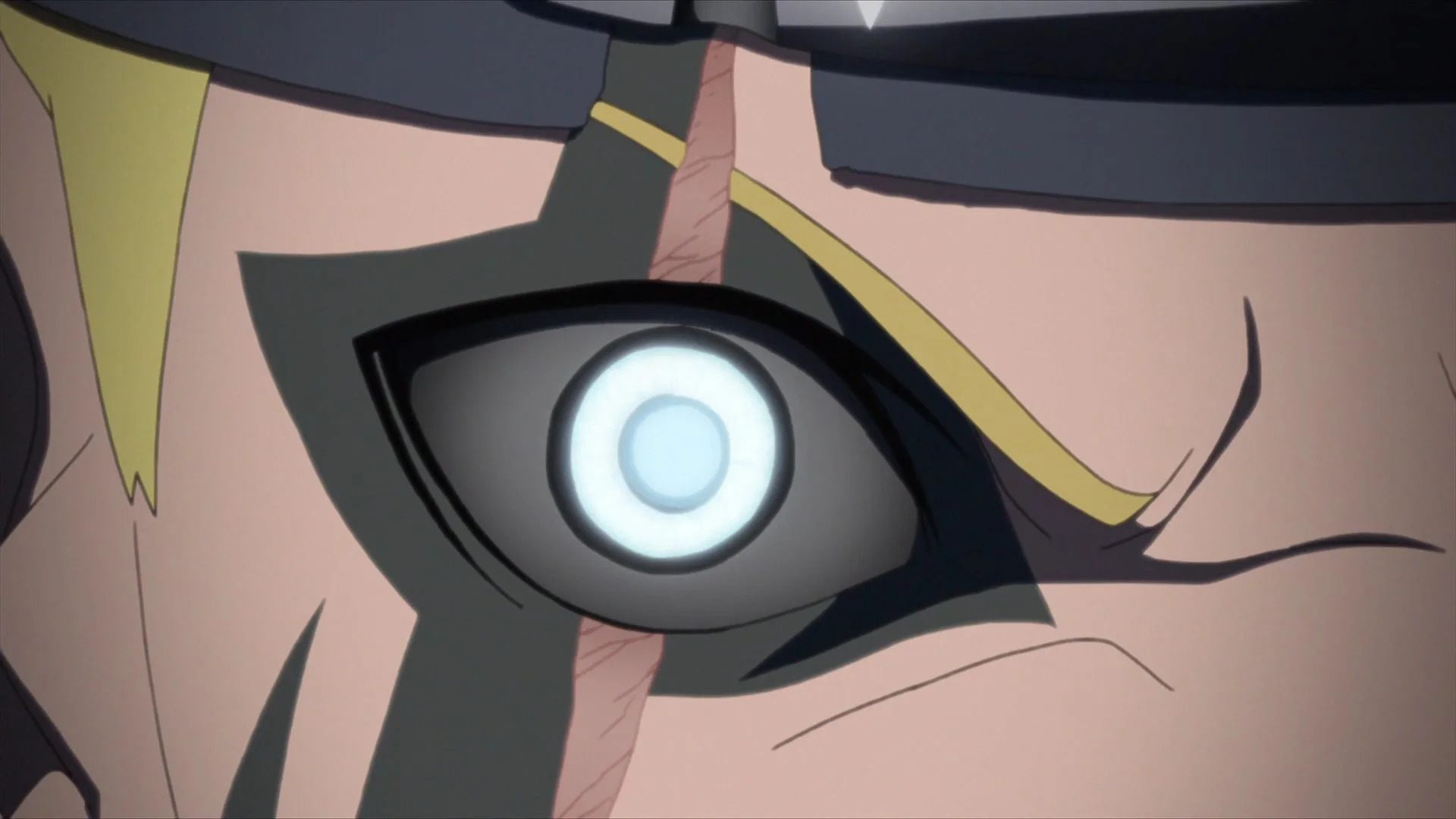 The Jōgan has not been explained much yet but what we know so far is that it allows Boruto to view the chakra system of others and even the tenketsu. It also makes him capable of seeing through the invisible inter-dimension connections. We saw this in his fight against Urashiki. So far not much is known about Jōgan, but when it is told, it will be really exciting to watch it.

These are probably the most troublesome eyes. Yes, even more, troublesome than Jōgan for now. The only known user of Senrigan is Eida. Eida is a cyborg created by Amado who was frozen for many years due to her ridiculous powers. Only after Isshiki’s death, does Code revive Eida. How is Senrigan powerful? it lets Eida see and hear anything happening in any part of the world. She can even see the past up to the moment of her birth. 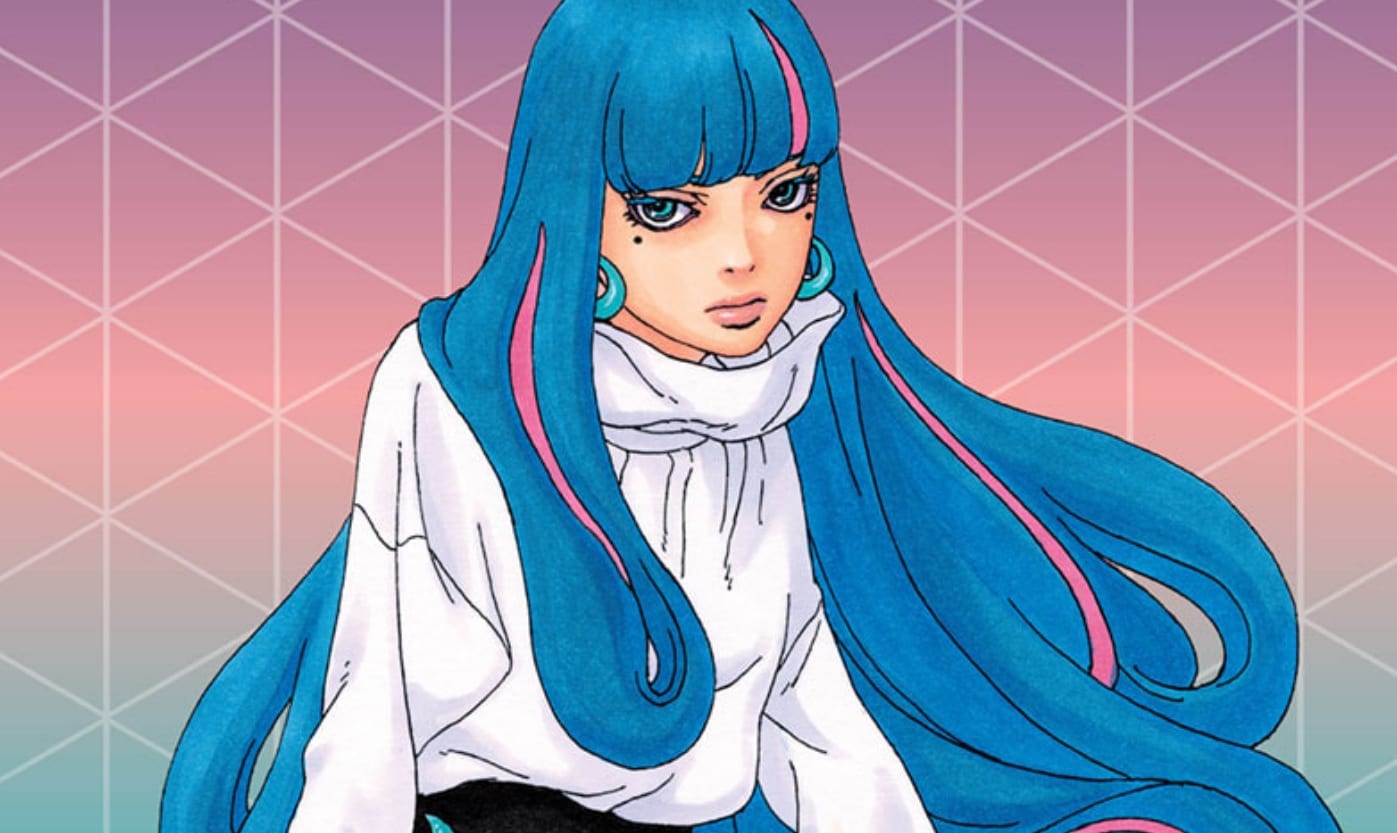 These are all the powerful eyes in Naruto. Tell us which one you think is the coolest.