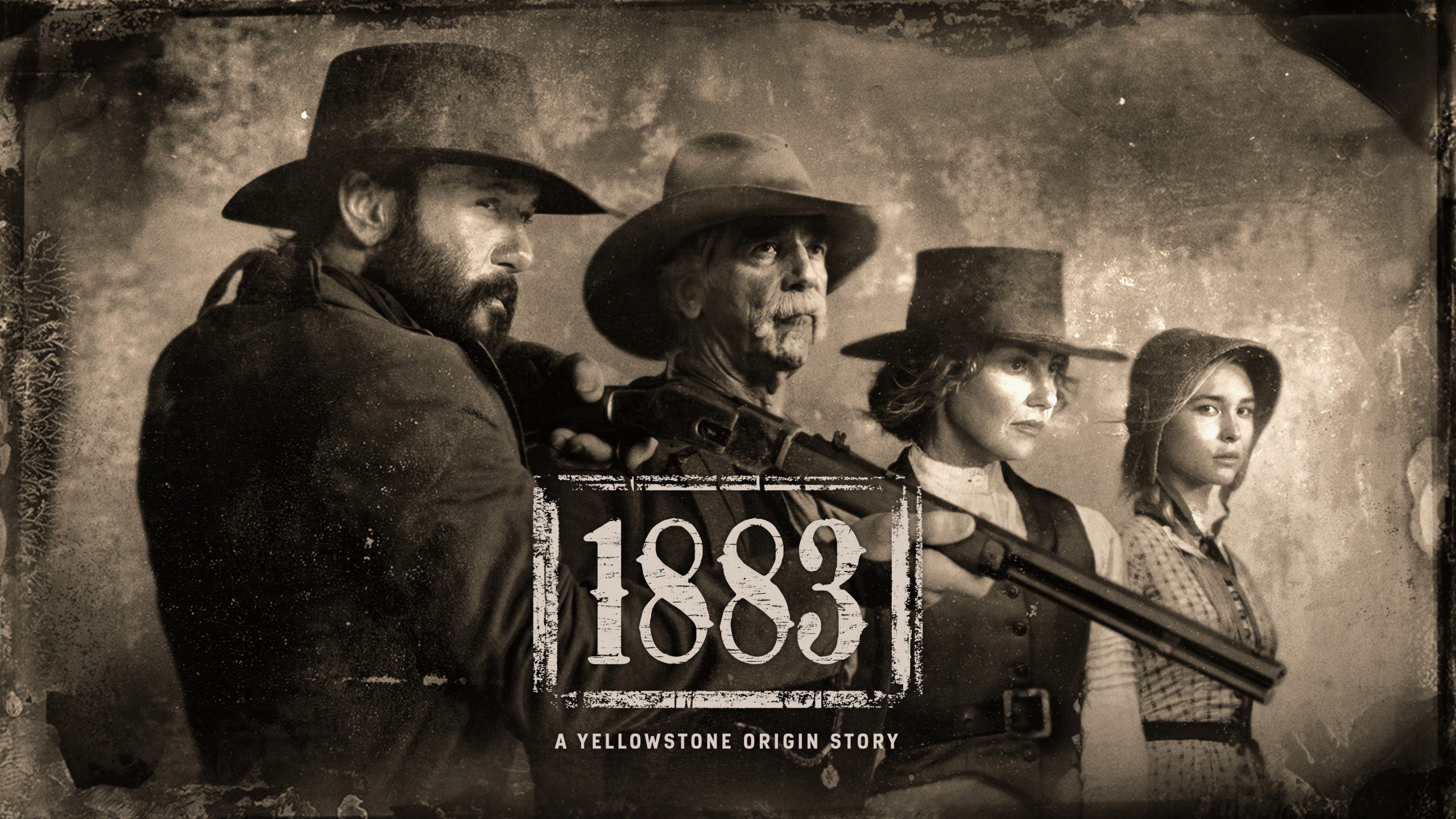 We are going to talk about where to watch the TV series 1883. If there is one show that has captured the true essence of the neo-noir Western landscape, then it is the 2018 series Yellowstone. The long-running series did a fantastic job at creating one of the most popular and gritty tale of Western America. While the aura of the series is untouched, the one-season prequel titled 1883 comes a close second. The series ended in February 2022. But there are a lot of fans of the original Yellowstone series who have still not boarded this 1883 train. Let’s get into all the details of the TV series 1883 and where to watch it.

The parent show, Yellowstone was a huge hit. And it was natural that the original fans had a lot of expectations from this prequel. The show 1883 met all the demands and expectations of the fans, and it was a huge hit. The Dutton family and their adventures were highly liked in the Yellowstone series. Looks like the fans of the show could not get enough. And the spin-off series was also highly successful.

Before getting to where to watch the TV series 1883, let us talk a little about the series. The show 1883 is a spin-off to Yellowstone, so naturally, it follows the events that led to the Yellowstone ranch. It was quite interesting seeing something you have already watched and loved develop from scratch. The show follows a different generation of the Dutton family. The post-Civil war generation.

How this family leaves Tennessee and makes their journey to Texas. The obstacles they face on the way include a wagon train and a journey to Oregon. The last episode features them settling in Montana finally to build the Yellowstone ranch.

The show has 10 episodes, and the series concluded in February 2022. To answer the question of where to watch the TV series 1883, the show is available to watch on Paramount+. The parent series Yellowstone is also available to stream on Paramount+. The streaming site is available for a subscription of $4.99/month. It offers a wide variety of shows and movies to select from. Since the show has already concluded, this is a very good time to binge-watch the TV series 1883 in one go. Plan a watch party with your friends this coming weekend.

On Paramount’s official Instagram account, the news for another Yellowstone spin-off was announced. This is titled 1932. While the TV show 1883 was a limited one-season series, it is sure that the makers are still not done with the Dutton family. So while there will not be any new season of 1883, we will surely see more of the Dutton family in the TV show 1932. While there is no official release date for the show, it is expected to release by the end of 2022. The show will cover the journey of the Dutton family in the early 1930s.