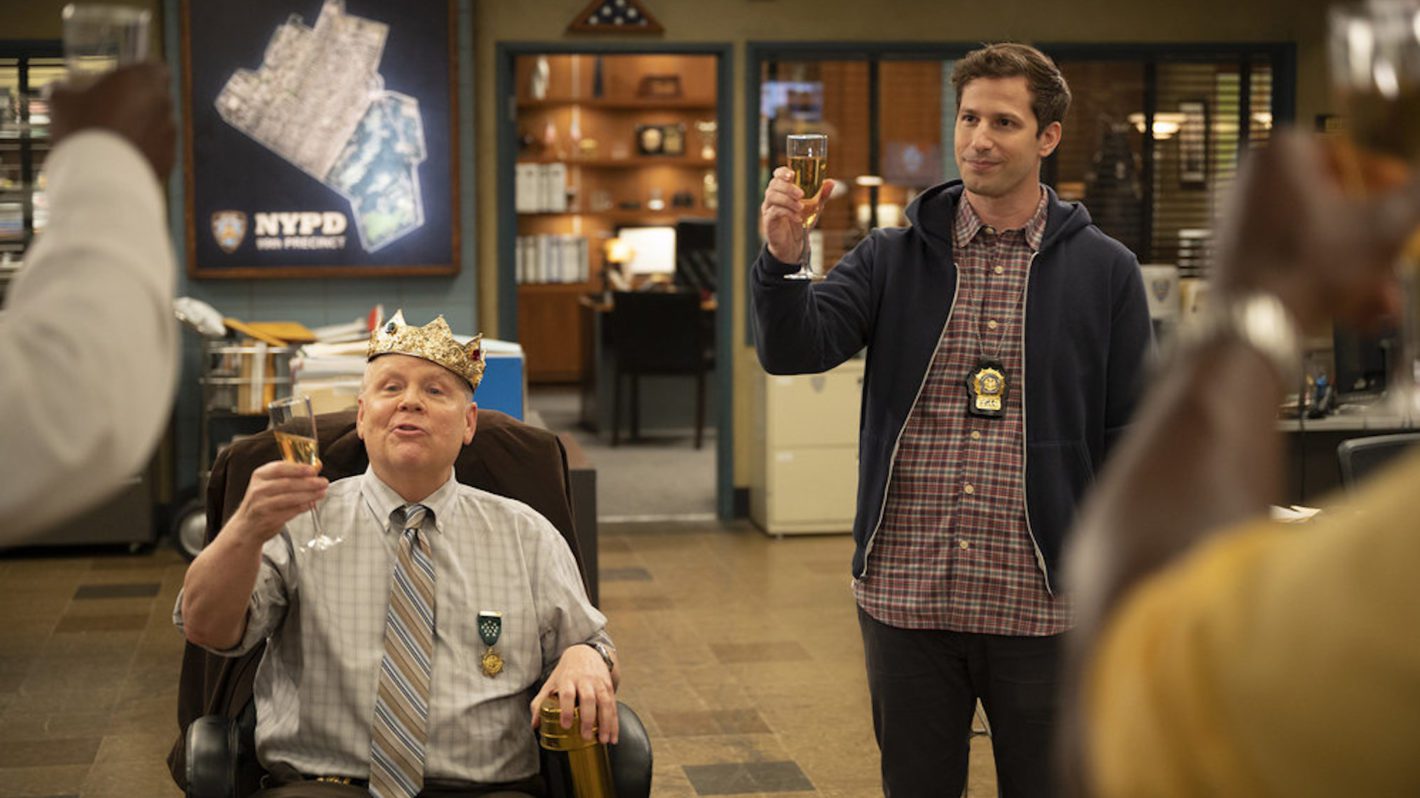 With the show officially ended, fans are searching where to watch Brooklyn Nine-Nine and all its episodes. This is a police drama where we see the workplace at Brooklyn’s 99th precinct. The main character is obviously Jake Peralta along with Amy Santiago. The plot of last season majorly revolved around the two as they try to solve crimes in New York along with their team. Dan Goor and Michael Schur created the drama. The ending of the show gave us an emotional moment with Captain Raymond Holt finally retiring.

After five seasons, Fox canceled the series. Although, NBC came in to pick it up and finished it till the eighth season. The show has always been loved by critics and fans alike. There are always references to social issues going on and the last season, even featured the rally which was caused in the streets of New York after an innocent Black man Floyd was killed by a white police officer. Brooklyn Nine-Nine has won a lot of Golden Globe Awards so it is hard to keep track at this point.

During the eighth season, we saw the squad sitting down and taking a look at their memories. They walked down the nostalgia lane together and fondly discussed various cases they have solved in the past as well as the friendships they have forged with each other. The squad was also seen trying to solve a high stake case throughout the season before finally sitting down. 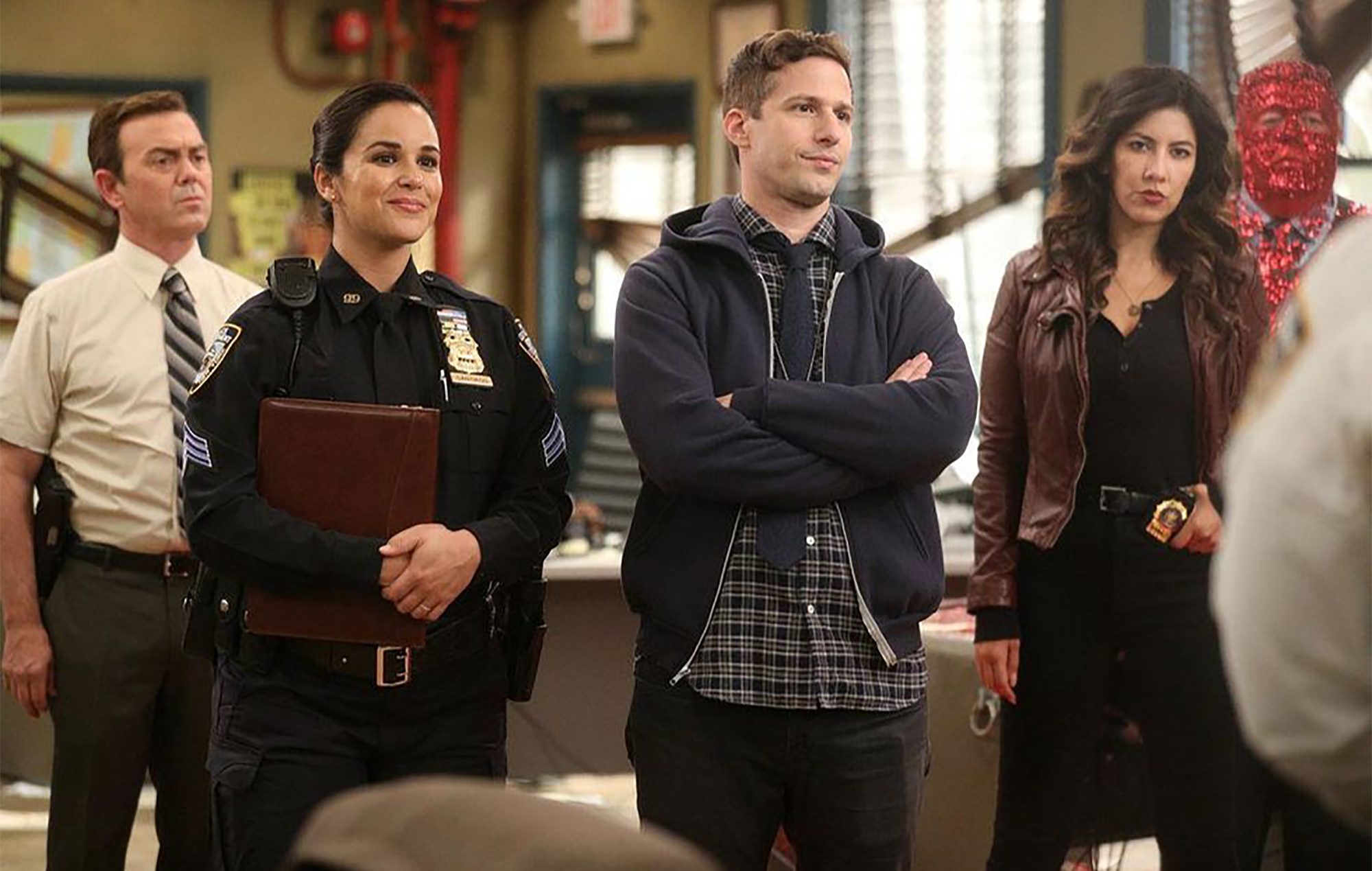 A still from Brooklyn Nine-Nine

Raymond Holt and Kevin decide to marry each other and there also was a lot of drama involved in that with the ring getting displaced and whatnot. Sometimes, I think that this marriage ceremony might have made Holt realize that it is time for him to retire. I mean, he has achieved everything that he wanted in his career and brought about a new reform in the police department where gay and black officers are also given an equal chance as Captain.

Where to Watch Brooklyn Nine-Nine Season 1 to 8

Brooklyn Nine-Nine seasons 1 to 8 are available to stream on Netflix right now with your regular plan. The basic plan for the platform starts at 9.99 dollars. The standard one costs about 15.49 dollars and allows you to stream content on two devices and have two screens. The premium one costs 19.99 dollars and allows the users to stream on various platforms and also has up to four screens.

All the episodes of Brooklyn Nine-Nine from seasons 1 to 8 are available to stream on Hulu as well. You will need to buy a basic subscription to the platform that includes ads and costs 13.99 dollars a month. The premium one costs 19.99 dollars and shows no ads. Subscribers are also given an additional trial of seven days during which they can watch Brooklyn Nine-Nine for free.

Brooklyn Nine-Nine can be watched on demand through Amazon Prime Video. You can purchase any episode for as low as 2.99 dollars. If you wish to buy an entire season, the platform offers it in HD for 24.99 dollars.

Andy Samberg – Jake Peralta: He is the main character. As of season 8, he is married to Jake and the two share a son named Mac together. He is still the very immature but talented police officer that we have seen in season 1.

Melissa Fumero – Amy Santiago: She is a competitive detective with a desire for perfection, also a nerd. She loves proving herself to the people around her. It might be because she was brought up in a household with seven brothers who were always better than her. She is married to Jake and the two have a son named Mac.

Stephanie Beatriz – Rosa Diaz: She is the toughest member of the group. Later in the series, she comes out as bisexual. Rosa always has a hard time conveying her emotions. Nobody knows anything about her personal or past life.

Terry Crews – Terry Jeffords: Terry might look big from his appearance but from inside, he is a softy. We see he loves his children and wife Sharon. Later in the series, we see him passing the Lieutenant exam.

Also read: How Many Seasons Are There In Brooklyn Nine-Nine? Why Was It Cancelled Initially?