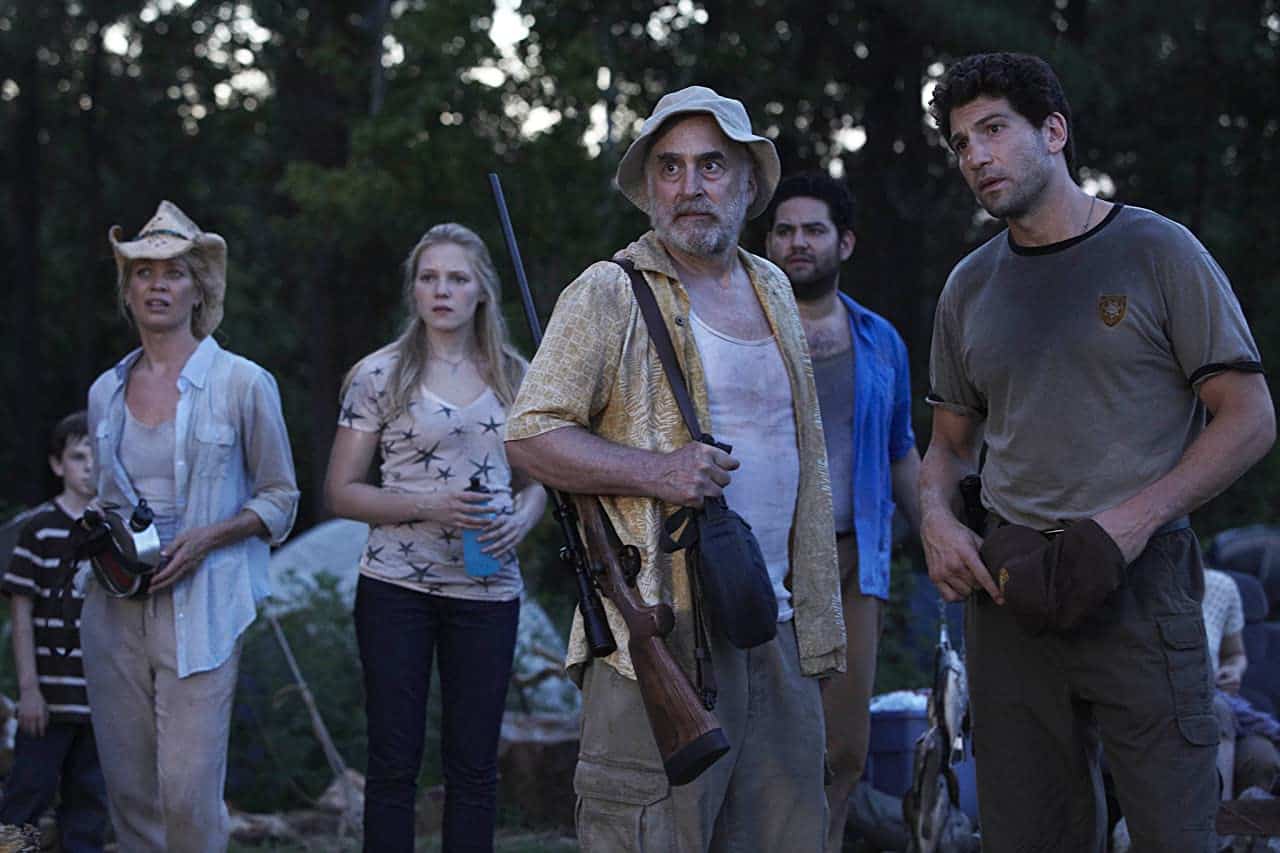 What Episode Does Dale Horvath Die In The Walking Dead? Dale (played by Jeffrey DeMunn) is the moral character in The Walking Dead, providing consciousness and a sense of humanity to every other character. He kept the characters from losing their sanity and making decisions in a brisk. But it’s been a long time since he died in the show, and today we will see when and how he died.

The Walking Dead (TWD) is one of the best zombie apocalypse series and one of my favorites. Dale first appeared in the episode Days Gone Bye, the first episode of TWD. Dale didn’t seem like a main character, but his death did cause a bit of sadness among fans. He was one of the characters who always stood for what was right and took a stand against Rick, Shane, and anyone wrong.

Dale married a woman named Irma. The couple discovered that she had cancer, but it was too late, and she was already at death’s door. Dale bought the RV to take his wife on a trip around the country. His wife didn’t make it, but he survived the outbreak and saved Andrea and Amy Harrison.

As soon as his wife died, he looked dead on the inside, but as the group, particularly Andrea and Amy, gathered around him, he began to feel alive again. The RV he bought stood as a support for the survivors’ camp and was for a very long time. Let’s see when and how he died in the series.

In What Episode Does Dale Horvath Die And How?

Dale Horvath died in Season 2 Episode 11, Judge, Jury, Execution, of The Walking Dead. After losing the argument for saving Randall, Dale takes a walk in the field, patrolling the boundary. He comes across a ripped cow, but as soon as he tries to return, a walker attacks him and rips open his stomach. 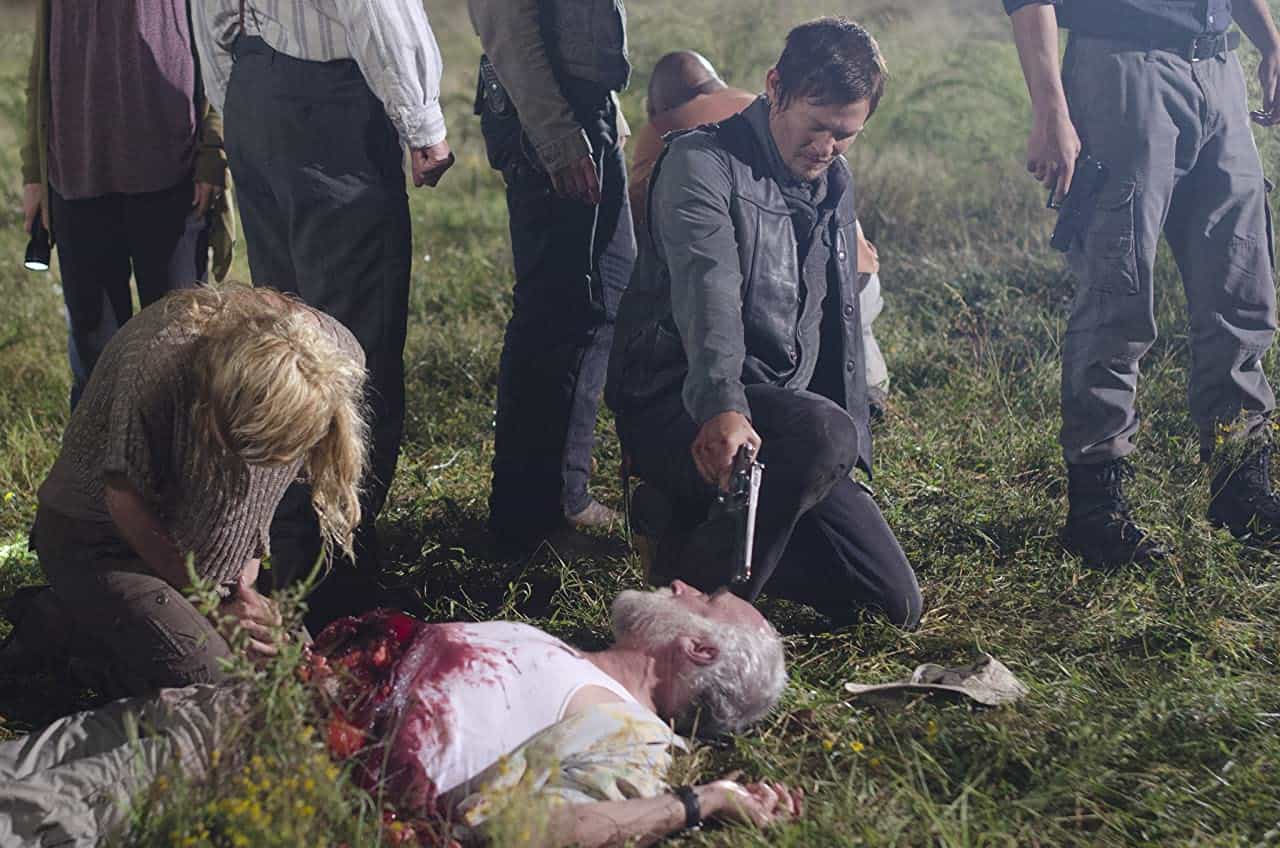 TWD’s Season 2 Episode 11 was released on March 4, 2012. Directed by Greg Nicotero and written by Angela Kang, the episode was much more than just Dale’s death. It tells a lot about the characters, the show, and how things will change. They planned the episode concerning Dale’s character – morality and humanity; hence, the episode shows both the values declining for survival.

Whenever a death occurs in any series, a question always arises, was it according to the plot? Or something unexpected happened. The same was the case with Dale’s death, and viewers were in trouble regarding what happened. We know that The Walking Dead didn’t follow the comic, so another question arises, was Dale’s death according to the comic series? Here are the answers to these questions.

Why Did Dale Horvath Die? Part Of The Plot Or Something Else?

The TWD team didn’t plan Dale’s death like this, and according to the plot, he wasn’t supposed to die in Season 2. The directors and writers killed the character of Dale at the request of its actor Jeffrey DeMunn. According to DeMunn, he was not pleased with the show’s co-creator, Frank Darabont’s firing, who was a longtime friend.

Frank got fired because of disagreements between AMC’s plans for the show, at which DeMunn, reportedly became ‘furious.’ Therefore, he decided to leave the show, asking AMC to kill him, and since it was a zombie show, that would be easy.

How Did Dale Horvath Die In The Walking Dead Comic Book Series?

In the comic series, Dale’s story flows differently. He lives for much longer and is present during Lori’s labor. In the comics, Dale first suffers a small zombie bite, which leads to the amputation of his leg.

But after some rough days, he leaves with a small group – Andrea, Maggie, Glenn, Sophia, and the twins. One bad day, he is bitten on the shoulder; he hides it from the group and tries to run away but gets kidnapped by hunters. He wakes up seeing the hunter eating his leg, says nothing, and lets them enjoy.

After they have eaten, he reveals his infection, and they beat him up and throw him near the church. His group brings him to the house, and he explains why he ran away. At last, he thanks Rick for keeping everyone safe, despite his unethical decisions. Andrea shoots him after he passes away.

Also Read: What Episode Does Deku Get His Third Quirk? The Float Quirk Explained