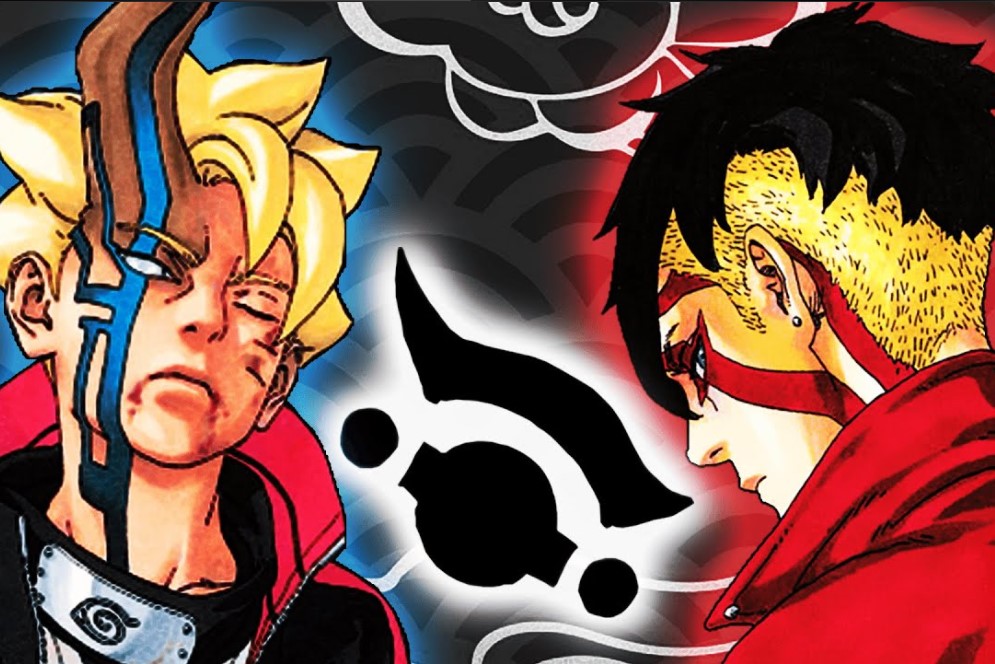 Earlier in Boruto Manga, After Ishiki was defeated, Boruto started to rampage with his newly found powers. Lord 7th, Sasuke, and Kawaki were worn out with surprise at Boruto, who told them there is no escape for them. Boruto/Momoshiki reveals that he has blocked the space-time Ninjutsu. Naruto realizes that Momoshiki has taken over his son’s consciousness. Boruto said that it is the second time he has emerged, and he is enjoying it, and Sasuke notices new Boruto’s special healing ability.

Kawaki tries to talk with Boruto, and he showed him his curse mark. He also told Boruto that he wants to get rid of it, and Boruto went back to normal. Boruto said that they could go to crush Jigen and the rest of Kara with him. That was just for a little moment Boruto turned back to his new form and told Kawaki that he is free. Kawaki tries to calm down Boruto. He said that he must smile since Isshiki has been defeated.

Boruto Naruto Next Generations Chapter 55 will be released on Friday, 19 February 2021. This Manga runs on a monthly schedule meaning that it releases a new chapter once a month. You will keep on getting a new chapter every month unless the Manga goes on a monthly break. You can catch recent updates of this Manga on Boruto Naruto Next Generations Chapter 54. Take a look at how the battle continues below. 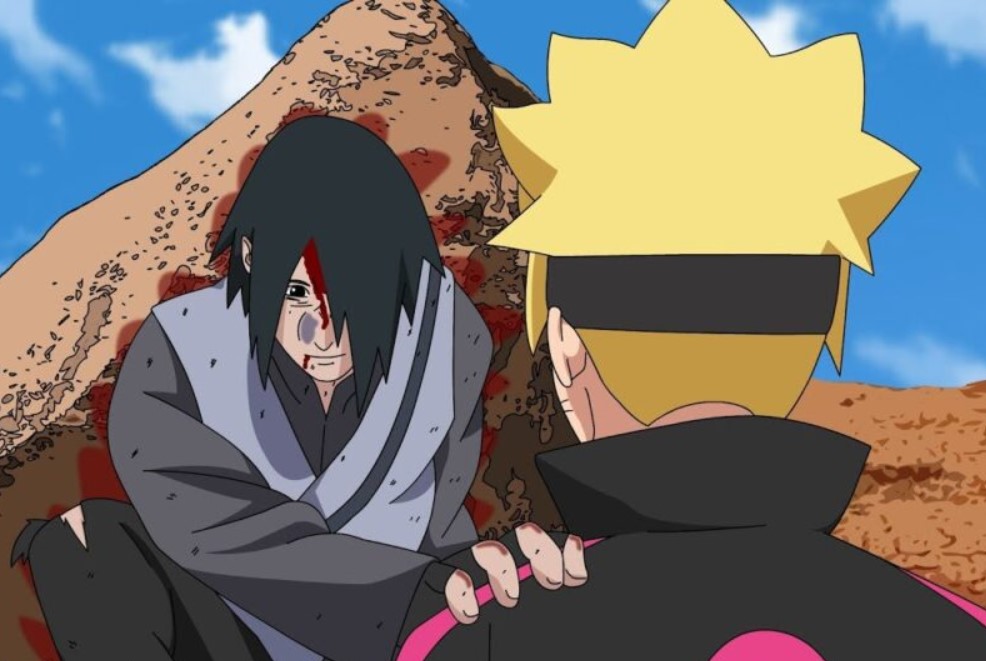 Kawaki yells that he must not let Momoshiki control him; he knows that Boruto can fight through it. Boruto replies that Kawaiki’s freedom is vanishing, and Kawaki said white eye must shut up and stay out of this. Boruto tells him to relax since he can not do anything about it. Kawaki decided to put some sense in Boruto by beating him out of it. They both started to exchange powerful blows, and Boruto manages to dodge all the attacks.

He teleports behind Kawaki and stabs him at his back using his dagger, and Sasuke interferes by kicking Boruto away. Boruto was about to work on something since the extraction was ready in Kawaki’s body. Sasuke gets Kawaki to safety, and Kawaki asks Boruto what he is talking about. Boruto reveals that the Ohtsutsuki data is still remaining inside Kwaki’s body he thought his Karma has vanished. Momoshiki within Boruto’s body comments that it is just like Boruto; the process was 80% complete.

This means Kawaki’s boy is almost wholly Ohtsutsuki at this moment, and Sasuke can not believe it. Momoshiki reveals that his goal is to find the ten tails that Isshiki is hiding and get Kawaki eaten by it and get its fruit. Kawaki said that he is not an object and he is tired of being used. He charges at full speed while Naruto can not keep up with his body. He realizes that his body is starting to get heavy, and it makes him lose balance, and he falls unconscious.

Sasuke realizes that Momoshiki wants to do something that Ishiki was planning to do with Boruto. He wants to use Kawaki as a sacrifice to cultivate the divine tree. Boruto and Kwaki continue to exchange blows, but Boruto has the upper hand. Sasuke unleashed his sword, trying to wake up Boruto. He combined his sword d with Chidori and attacked Boruto. Momoshiki got hurt and ask Sasuke if he wants to hurt his student. Sasuke realizes that he promised Boruto that if something went wrong, he has to kill him.

But Sasuke has other plans, and he unleashes the Amaterasu, and Boruto uses the Doppelganger as a shield. Sasuke realizes that he has to finish this quickly, or he will lose his chakra. He made a second attack and use fire style to shoot a fireball. Boruto took the direct hit, and Sasuke is wondering why he did not absorb the attack. Kawaki warns Sasuke that Something is wrong with Lord 7th. Sasuke thinks that it is the side effects of the powers that he used earlier. 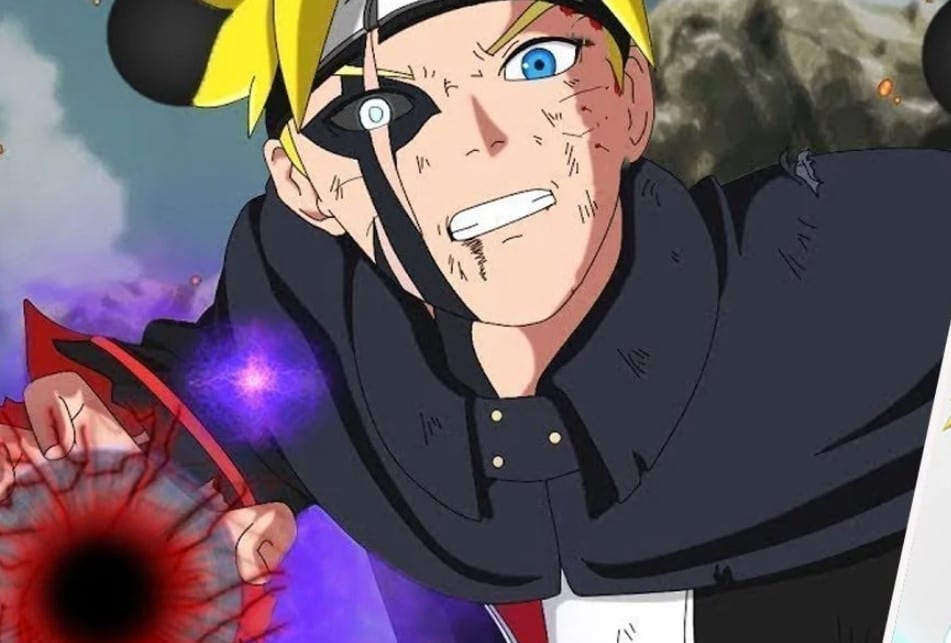 Sasuke said that they must first deal with Boru, or they will all be killed. He also warns Kawaki to stay away from Boruto since he wants to capture him. He needs Kawaki alive to use him for the divine tree. Sasuke promise that he will get his student before anything bad happens. The two plan to restore Boruto’s charka so that they will be able to defeat Momoshiki, who is controlling his body. Boruto said that it is time to release that, and Sasuke got taken down without being touched.

Kawaki realizes that it is Boruto’s vanishing Rasengan, and Momoshiki comments that Sasuke is too weak. He also reveals that it will hurt his vitals, and he started to punish Kawaki. He told Kawaki to stop refusing since he will be eaten, and Kawaki remembers the day Boruto calls him Bro. Kawaki burns himself up, and Momoshiki decided to absorb the chakra. Kawaki trick started to work, and Boruto is starting to regain his consciousness.

When Momoshiki wanted to land a finishing blow, Boruto’s consciousness stopped him. Boruto told him to go back to his hiding place. He started to stop his right hand using his left hand so that Kawaki won’t be killed. Boruto has managed to break the horn in his head, and the dark lines on his face vanish. He apologizes to Kawaki for causing trouble. Kawaki comments that Boruto is a stupid Bro. Sasuke is glad that his student is back.

While Isshiki is gone forever, while Momoshiki is suppressed again, Sasuke has noticed the effect of the Nine-Tails Fusion Jutsu on Naruto. Kurama warned Naruto about this technique that using it will have drastic effects and could even lead to his death. While Naruto deactivated the Jutsu at the last minute, there had to be a trade-off. It looks like Naruto has aged. From the last look at Naruto’s face in the previous chapter, his face has clear signs of aging. It could only be exhaustion, but something big will be revealed about Naruto in the next chapter.

This Manga is officially available on VIZ Media and Shueisha’s Manga plus official platforms. Raw scans for new chapters are released 2-3 days before their respective chapters are released. We advise you to read the digital copies from their official websites and apps to support the Manga creators and publishers.