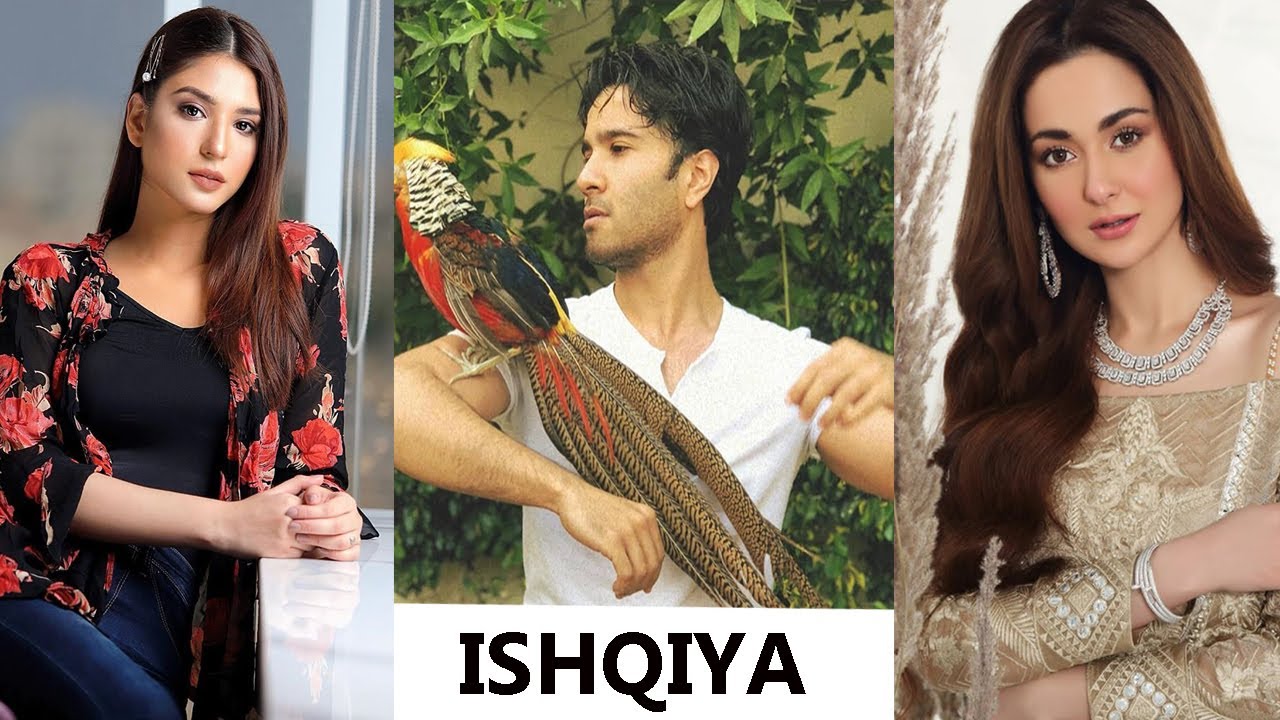 ISHQIYA is a Pakistani TV serial which was premiered on 3rd February on ARY DIGITAL. This serial is produced by ALI KAZMI and FAHAD MUSTAFA under the banner of bing bang entertainment. The story of the serial revolves around two sisters Roomi and Hamna, plays by Haina amir and Ramsha khan; both the sisters are of the opposite nature paying a heavy price for chasing their dreams and ambitions.

Genere of the serial is Family drama and Romantic drama and its written by Mohsin Ali shah and directed by Badar Mehmood. The serial is released in the Urdu language; the serial has 1 season consisting of 14 episodes released till now, the first episode was released on 3rd February and is the release of further episodes are ongoing. In this article, we are going to provide you with all the necessary details and updated available regarding the serial.

Ishqiya is a story of two sisters, Hamna and Rumi, who both are raised by their overprotective parents. One of the sisters Hamna is quiet and reserved in nature while the nature of the other sister Rumi is exactly opposite to that of Hamna, she is carefree. Talkative and outgoing, but both the sister loves their father and family profoundly.

Hamna is in madly love with her classmate Hamza, but Hamna is very hesitant to tell his father about this relationship because his father does not believe in love marriages. Meanwhile, Hamna’s father gets ill, and because of the sickness of her father, she agrees to marry her father’s friend’s son who’s name is Azim, which leaves Hmaza heartbroken.

Now, as the way of taking revenge with Hamna, Hamza reaches her house and asks for the hand of Rumi. As their father wants to see both the sisters married before he dies, he agrees to give the hand of Rumi to Hamza.

Now, as soon as they get married, Hamza starts blackmailing Hamna, it is to see in further episodes that what happens next.

There are a total of 14 episodes in the first season of the serial released till now; the show is premiered at 8:00 pm. The details of the episodes are as follows.

Promo of 15th episode is released, but the release dates of further episodes are not yet announced, we will update you with the same as soon as it’s announced, here on otakukart