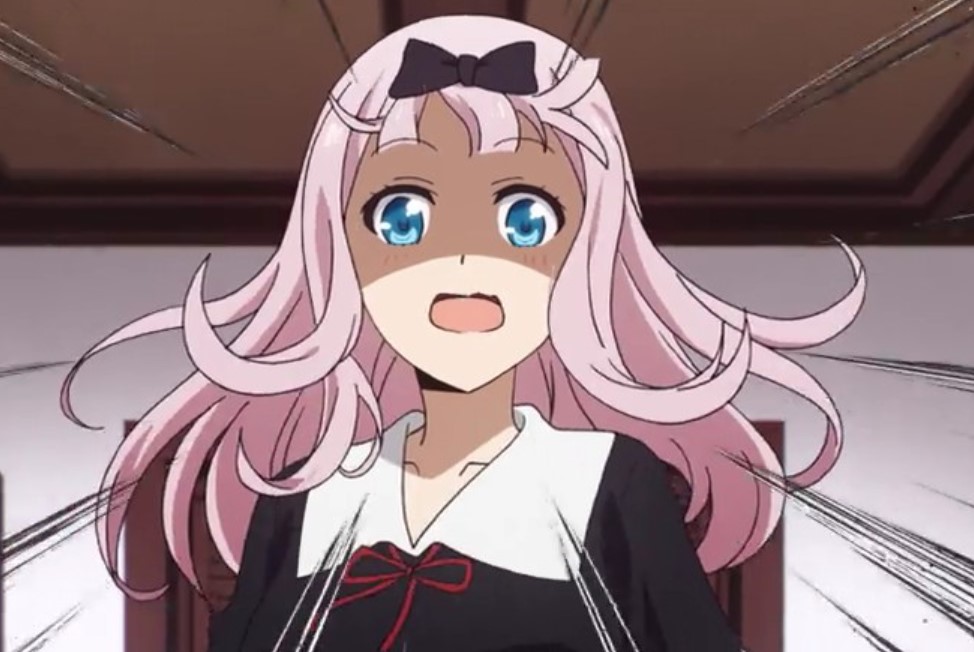 Chika Fujiwara is worried that soon she will be going to college and live by herself. One of her classmates talk with her about it. Kaguya joins the conservation, and the other girl suggests that she can stay with her family since her college is in the city. Chika said that her family is troublesome, especially her sister. She said that if she stays with them for too long, she will go crazy, but she has decided to have a pet.

Chika thinks that a dog will be perfect, but she won’t have time to take care of it since college life is busy. She reveals that she is thinking of getting a cat to make life easier, and cats do not need as much attention. Chika also thinks that she will be abandoning her pride as a dog person if she gets a cat. But she thinks that it is better to forget about that pride and get a cat as her new pet. 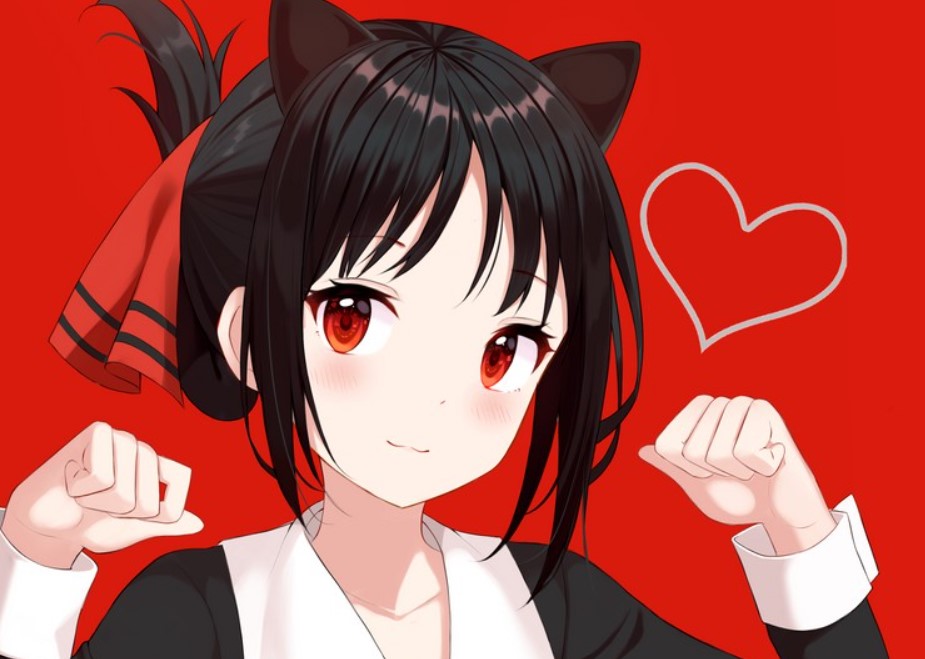 Chika asks Kaguya and the other girl what they prefer between dog and cat, and the other girl said she likes dogs. Kaguya also said she prefers dogs, and she hates cats because they are selfish and cowards. Kaguya comments that she wonders why a person can own a cat. The president arrives and asks her if she really hates cats. Kaguya replies that she hates cats with all her heart, and she won’t change because a normal person will prefer a dog.

The girl near her said she is right, and Chika changes her mind and decides that she will go for a dog. Since Chika’s pride is being a dog person Kaguya took pride in being a cat hater. Later that day, Kaguya met with a cat inside the student council room, and she is wondering how the cat got inside here. Kaguya started to scold the cat saying that it does not deserve to be on top of the president’s desk.

The cat just looked at her while crying, and she asks if it is listening to what she is saying. Kaguya headed to the storeroom and came back with a broom. She told the cat that she has been telling it to behave. She started to beat it, and the cat plays with her, thinking that she is brushing it. Kaguya comments that it is not a toy, and she manages to chase it outside of the student room council. The cat came back, and it started to circle her as a symbol that the cat likes her.

Kaguya thinks that the cat is just trying to trick her into giving it food. She comments that she is not buying what the cat is doing. The cat followed her everywhere, and she got inside with her when the rain started pouring. Kaguya decided that she will let the rain pass. After that, she will chase the cat out; later, the cat comes near her when she sits down to work. The cat jumps up and sleep on her lap, and Kaguya notices that the cat is thin. Kaguya wonders if the cat is eating properly.

She thinks a stray animal like this cat won’t live, but this one is still alive. Kaguya gets up and prepares a bowl of milk for the cat and offers it to the cat and the cat enjoys licking the milk. She started taking pictures of the cat licking the milk, and when she holds the cat up, she finds that it is a boy. Kaguya comments that since the cat is a stray, she should give him a name, and the name is Edward of Woodstock. 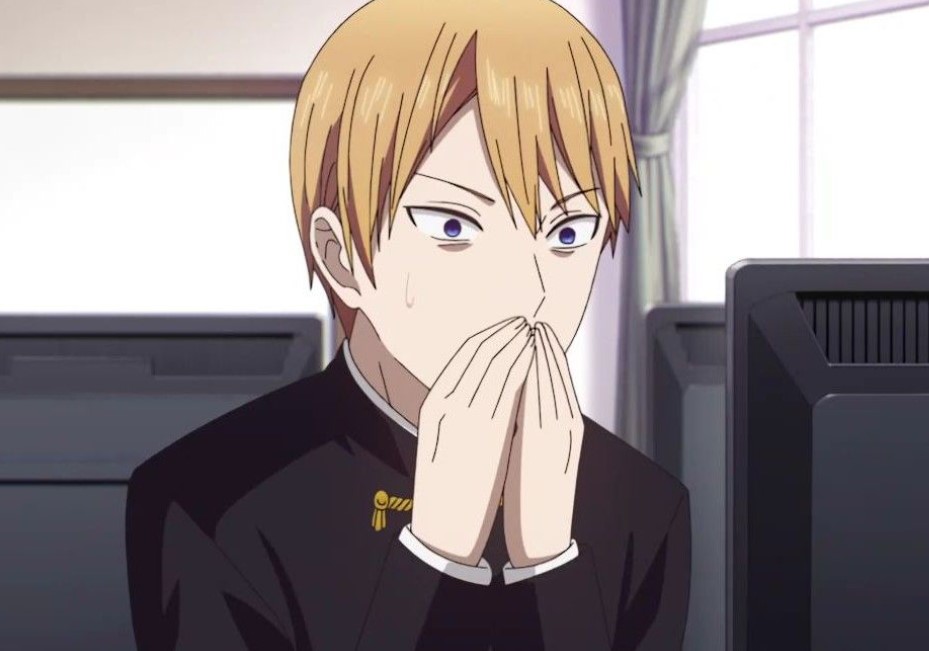 Kagaya reveals that it is the name of a black Prince of England and Ishigami visits her. He asks her if she has brought a cat here, and Kaguya said that she finds it inside when she arrives here. Ishigami notices that she has even warmed up milk for it, and he comments that she likes cats. Kaguya said it is not what it looks like. She recalls when a cat hurt her friend when she was young.

That is the day she decided that she hates cats until today, and Ishigami enjoys playing with the cat. Kaguya comments that so cute, and she tried what Ishigami was doing, and they both enjoy playing with the cat. Ishigamis ask if she likes cats, and Kaguya became speechless since she has already had a soft spot for cats. They both let that cat leave them, and the next day, she narrates the story of the cat to others.

Chika notices that Kaguya likes cats, and she said that she chased that cat and told it not to come back again ever Edward. She asks her who is Edward and Kaguya said it is the name of that cat, and she named it Edward since it seemed like a stray. Chika reveals that the cat is Abe’s cat named Gomanusuke. Abe is a famous guy who lives near the school. Later Miyuki tried to play with that cat, but it did not like him. When he touches it, the cats fight back with him.