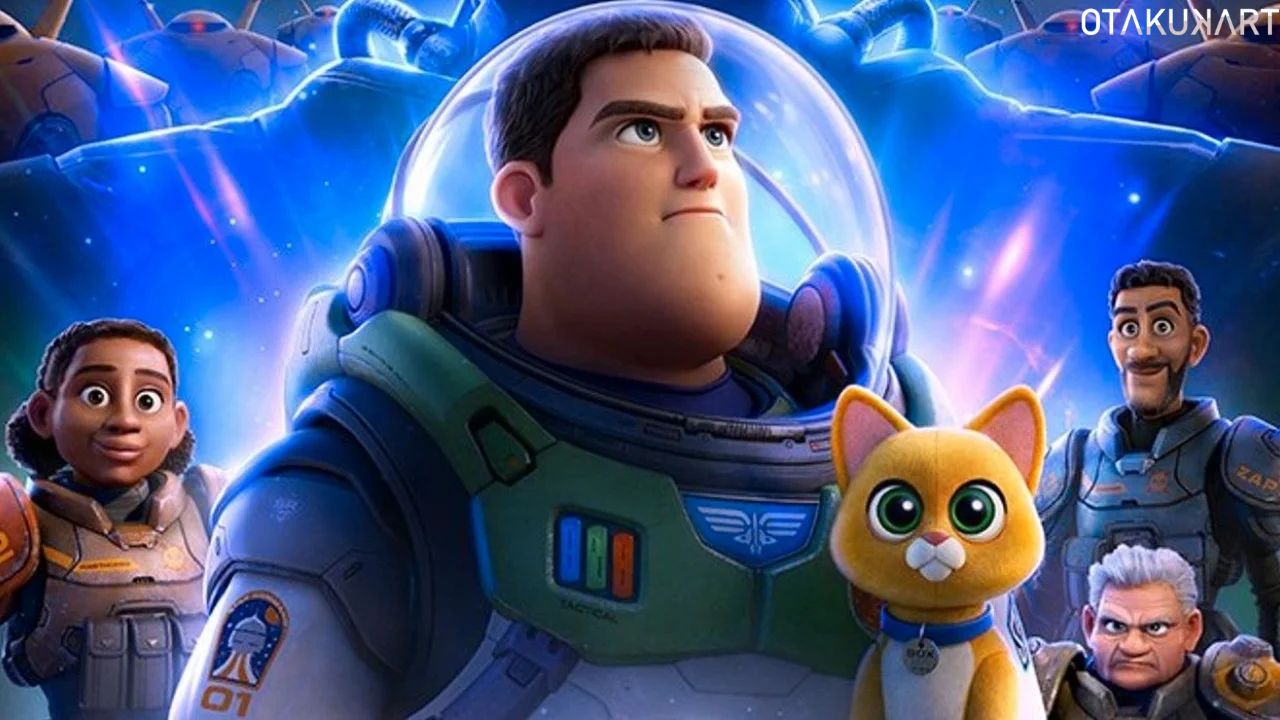 Lightyear is a computer-animated science-fiction action film co-produced by Walt Disney Pictures and Pixar Animation Studios in the United States. This prequel to the Toy Story film series tells the origin story of Buzz Lightyear. Angus MacLane directed the film, and Chris Evans played the title character. The movie got so much appreciation and love. Here we have got some of the movies like Lightyear for you. Must check them out.

The story follows the life of the fictional human character Buzz Lightyear. “Lightyear” is a lot of fun as a spin-off. In a montage, “Lightyear” represents much of this repeated passage of time. A young human test pilot becomes a Space Ranger on an intergalactic adventure, inspiring a similar action character in the Toy Story film series. 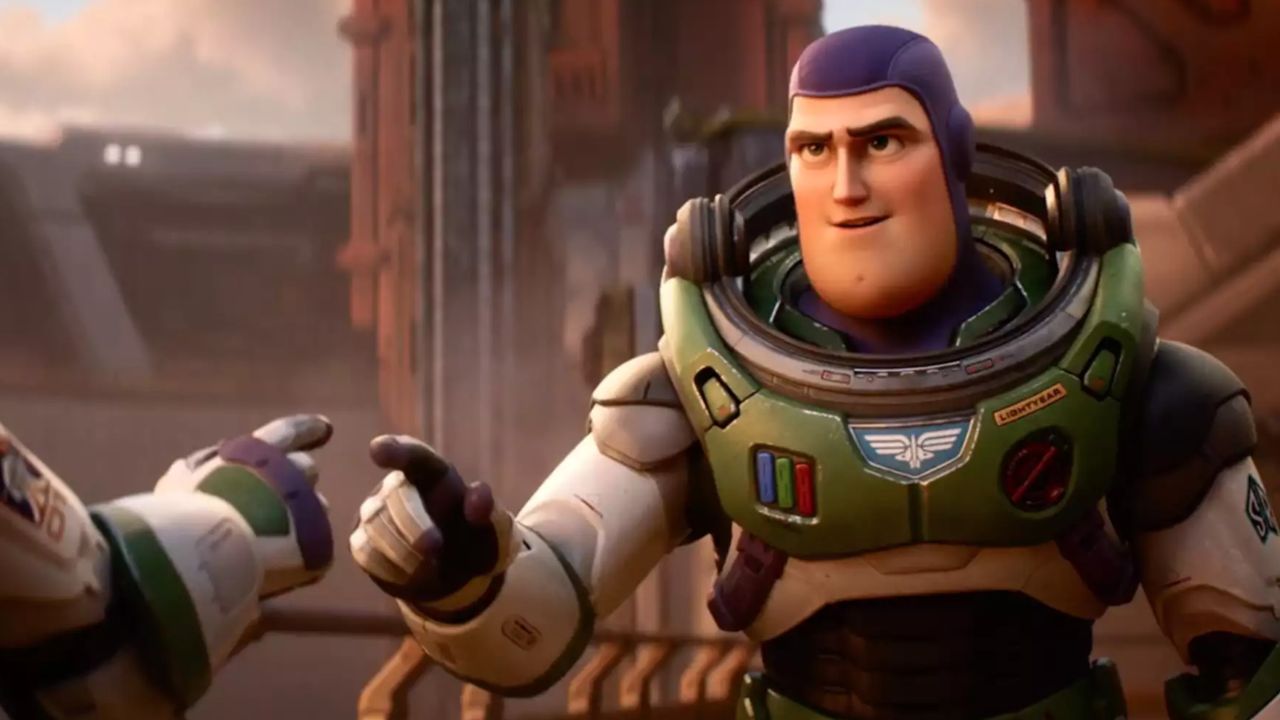 The film was released in theatres in the United States on June 17, 2022. Now, without much delay, let us check out some of the movies similar to Lightyear. Continue to read.

Lightyear has created so much buzz all around. Fans are going gaga over the sci-fi action movie. So, here are some of the movies that are similar to Lightyear that you can watch and enjoy. Take a look.

Two young boys have a summer filled with gelato, pasta, and endless scooter rides. But all of the fun is put at risk by a closely guarded secret: they are sea monsters from another world just beneath the water’s surface. The movie is full of adventures and fun. It is a must-watch.

Buzz Lightyear was named after Apollo 11 astronaut Edwin “Buzz” Aldrin, who was a major inspiration for the character. ‘First Man’ is a biographical drama film based on Neil Armstrong’s mission to become the first person in human history to land on the moon’s surface. Although the film focuses primarily on Armstrong (Ryan Gosling), Aldrin (Corey Stoll) is also an important character. 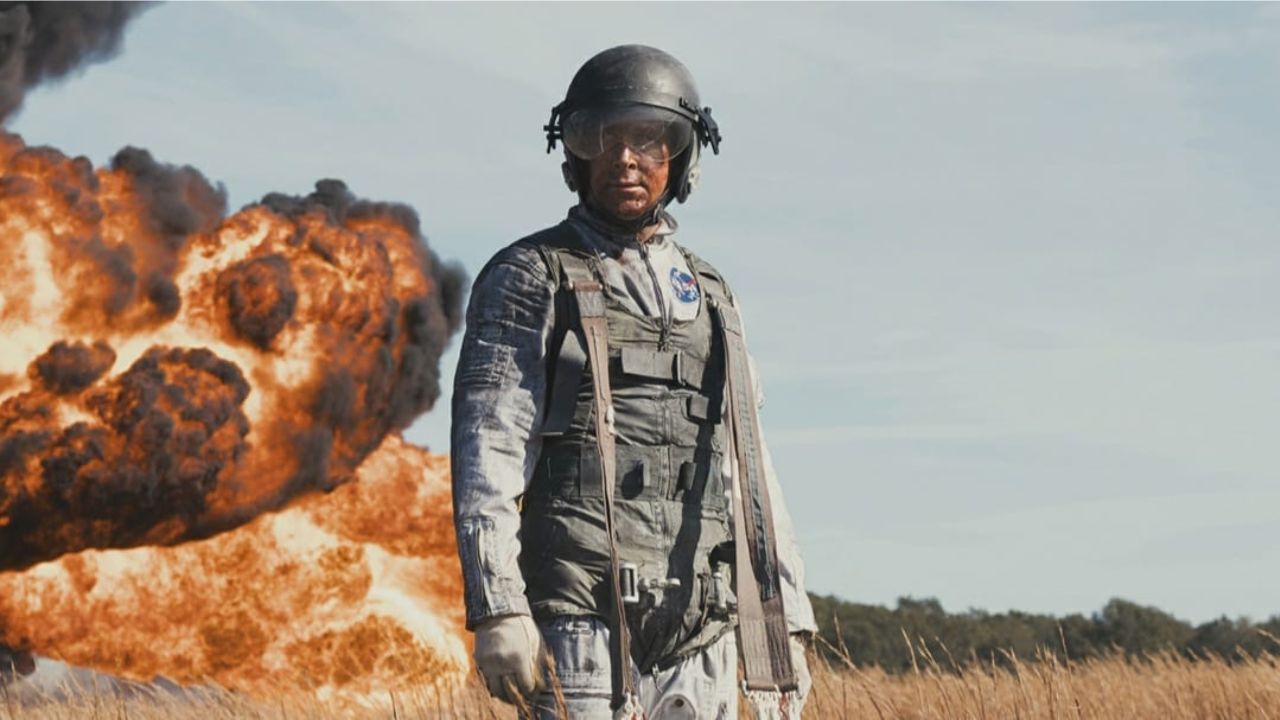 Neil Armstrong and the rest of the Apollo Program team zipped themselves into insulated suits with bags to capture their body waste, strapped themselves into cramped chairs, waited hours or days for clearance to lift off, then were rocked and rolled for a few minutes.

The trip’s vibrations shiver their bones, and the noise burns their eardrums. Even if “First Man” fails as historical psychodrama, it is nevertheless a huge step forward in terms of films portraying the physical sense of flying. It’s a must-see.

Andy, a six-year-old boy, adores his toys. Sheriff Woody, a small floppy-armed cowboy doll, is his absolute favorite toy. Andy’s toys, led by Woody, live happily in his room until Andy’s birthday when Buzz Lightyear arrives. Buzz appears to be unaware that he is not a real space ranger, but he makes friends with the other toys in Andy’s room nevertheless. 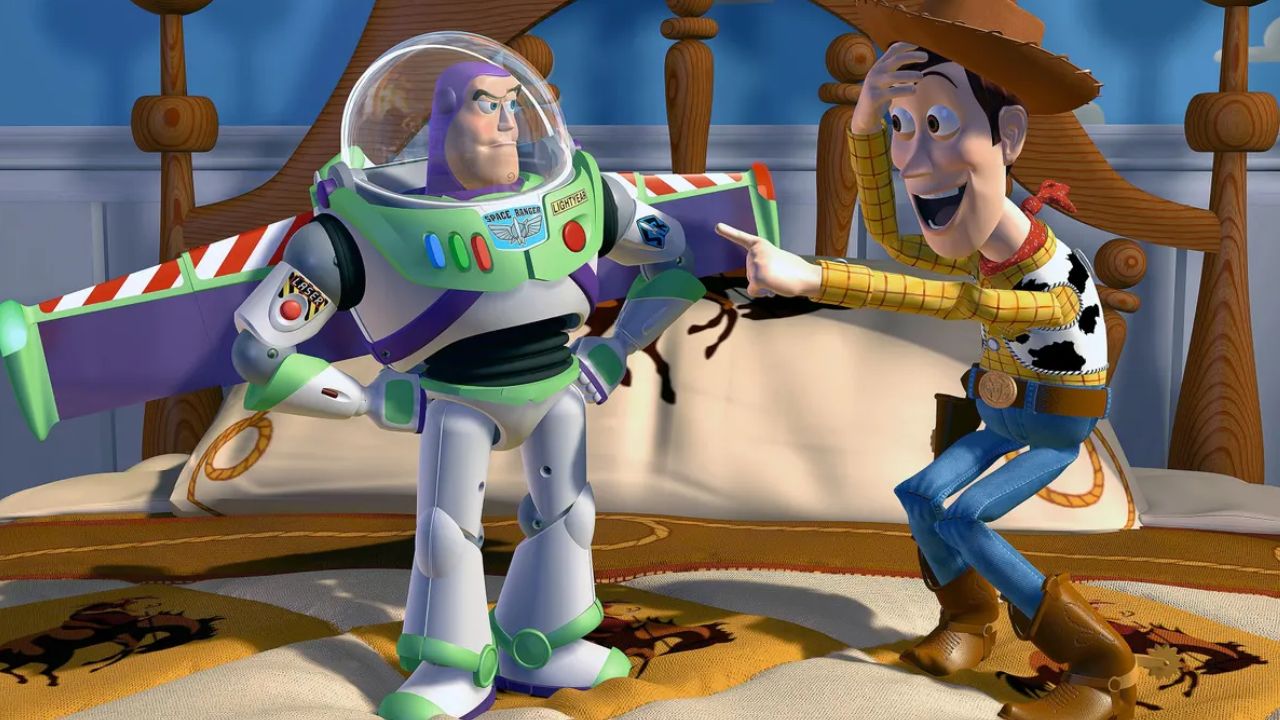 Woody plots against Buzz because he is afraid of losing his place in Andy’s affections. When Buzz and Woody are separated from their owner due to unforeseen circumstances, the pair finally learns to put their differences aside. Witness this amazing movie and even its sequels.

If you enjoy watching Lightyear, you will appreciate Paw Patrol: Ready Race Rescue. The puppies have constructed a fantastic race circuit and are ready to serve as the pit crew for their hero. When the famed racer is unable to drive, he enlists the help of Marshall, his biggest fan-pup, to take the wheel and race in his stead.

Marshall must overcome his loss of faith as well as his ruthless rival, THE CHEETAH, in order to realize his dream of becoming the Quickest race-pup ever! The film is brimming with zeal and madness. You will undoubtedly enjoy yourself while watching it.

The Boss Baby: Family Business is based on Tim and his younger brother Theo’s lives. Their paths cross once more as they are tasked by the Baby Corp with a brand-new mission: infiltrate a school, expose a corrupt principle, and save their daughters/nephews in the process. However, a new boss baby with a forward-thinking strategy and a firm attitude is about to reunite them. It sparks the start of a new family business.

“Coco” is the lively story of a young boy who aspires to be a musician and, despite his family’s perplexing generations-old taboo on music, finds himself communicating with talking skeletons in the land of the dead. Miguel aspires to be a musician like Ernesto de la Cruz, his idol. Miguel, desperate to prove himself, finds himself in the beautiful and colorful Land of the Dead as a result of a mysterious chain of circumstances.

He meets charming trickster Hector along the road, and the two embark on an epic trip to discover the truth about Miguel’s family history. “Coco” is also building to emotionally overwhelming moments in such a subtle way that you might find yourself wiping away a tear. One of the most fascinating aspects of the film is how the plot revolves around members of Miguel’s family, both living and dead, as they fight to discover Miguel’s great-great grandfather’s official story.

Barney, a middle-school student who has a hard time establishing friends, is the protagonist of Ron’s Gone Wrong. Everyone he knows has a B-Bot, a robot companion that optimizes friendships using algorithms. Because B-Bots is expected to engineer those encounters, it’s nearly difficult for children without robots to form friends. 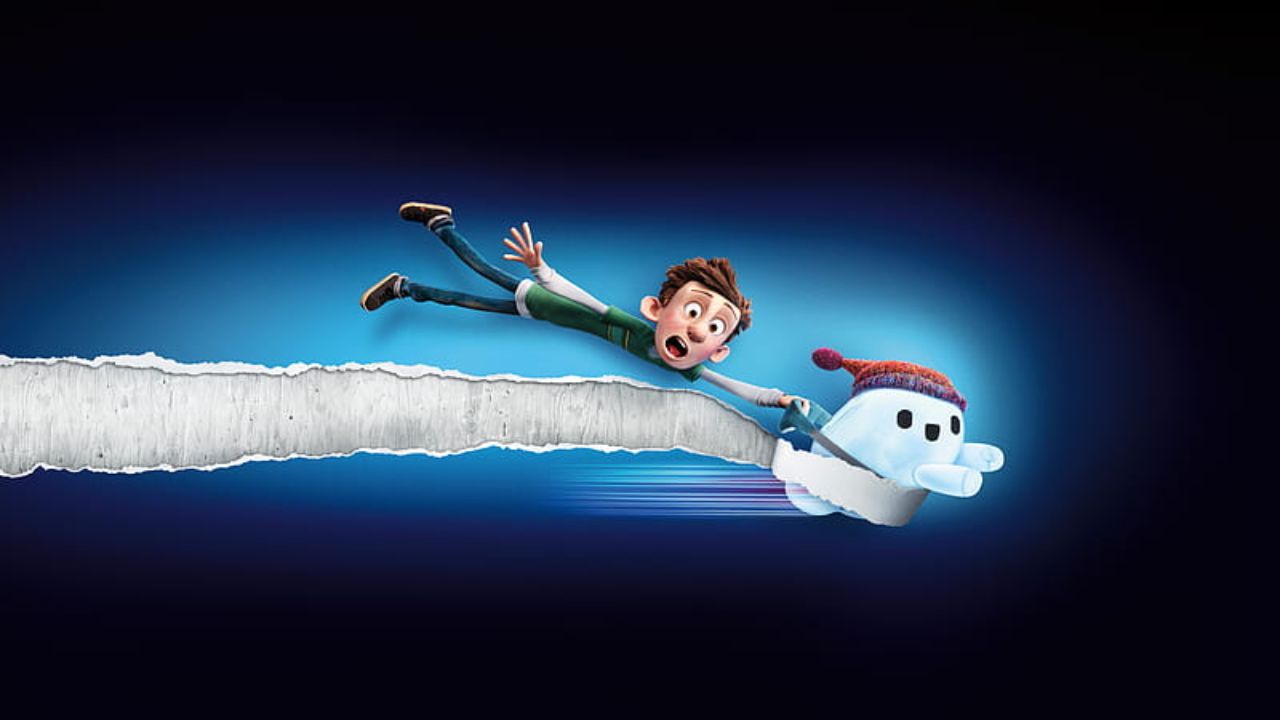 Until his down-on-his-luck father surprises him with one for his birthday, Barney is the only youngster at his school without one of the robots.

The marvelous walking, talking, a digitally connected bot that sweeps the world and becomes every child’s new closest friend is told in this narrative. It is definitely a must-watch for you guys.

Spies in Disguise features the two brilliant spies are Lance and Walter. One is a super cool and charming spy, while the other is the genius behind Lance’s super fantastic technologies. In order to rescue the world, they must learn to rely on each other as never before when an event occurs. The plot is nearly fully predictable; it’s a mash-up of a spy parody and a buddy comedy, so the tone is set quite early on. In the same way, the plot and character arcs can be outlined in the first act.

Children can certainly benefit from the film’s appealing message about misfits and nonviolence. ‘Spies in Disguise’ isn’t groundbreaking, but it’s a pleasant and enjoyable family film that’s perfect for the holidays. Must watch out for it.

The Australian family animation 100% Wolf, about a werewolf youngster who transforms into a fluffy poodle instead of a menacing hound, zips through with plenty of wacky action and some fair comedy.

Freddy Lupin is a 10-year-old werewolf who is the heir apparent to his family’s illustrious lineage. When his first ‘warfing’ goes awry on his 14th birthday, transforming him into a violent poodle, he is in for a rude awakening. Freddy has until the next moonrise to prove he has the heart of a wolf, or he will be cast out for good. Freddy must show he’s 100 % Wolf with the help of an odd ally in the form of a streetwise stray named Batty. A beautifully conceptualized movie is great to watch if you enjoyed watching Lightyear.

“Lightyear” and “Interstellar” turn out to have a lot more in common than you might assume. On the surface, “Interstellar” appears to be about humanity finding a home among the stars, with former astronaut Joseph Cooper embarking on a special mission to discover a new planet for Earth to settle. Even this has echoes of Lightyear but in reverse, with Buzz having to find his way back home. But, like “Lightyear,” it’s all about time beneath the surface. This is one of the movies like Lightyear. Indeed very similar. 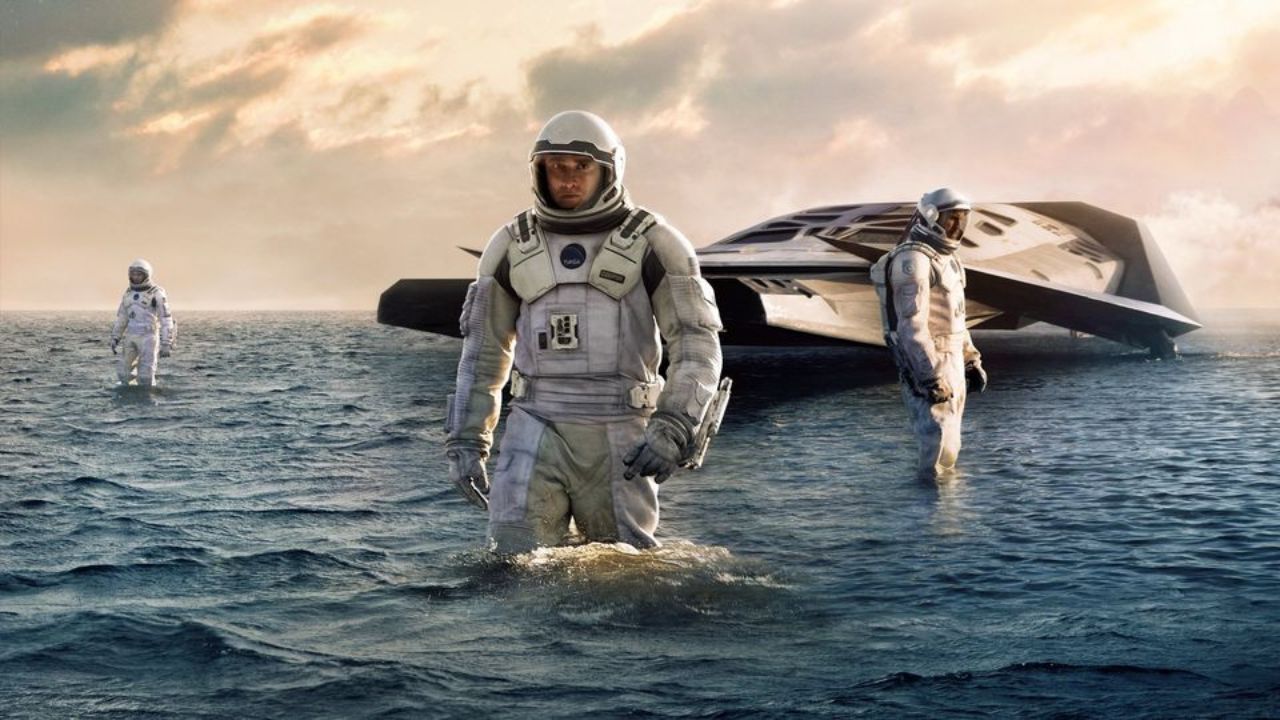 Due to its “time inflation” story element, which is essentially a variation in how time is seen by two people from different points in space, “Interstellar” does strange things with time. “Interstellar” is nevertheless an outstanding, at times breathtaking film that will blow you away at a point.

Thus, these were some of the movies like Lightyear. Check them out!