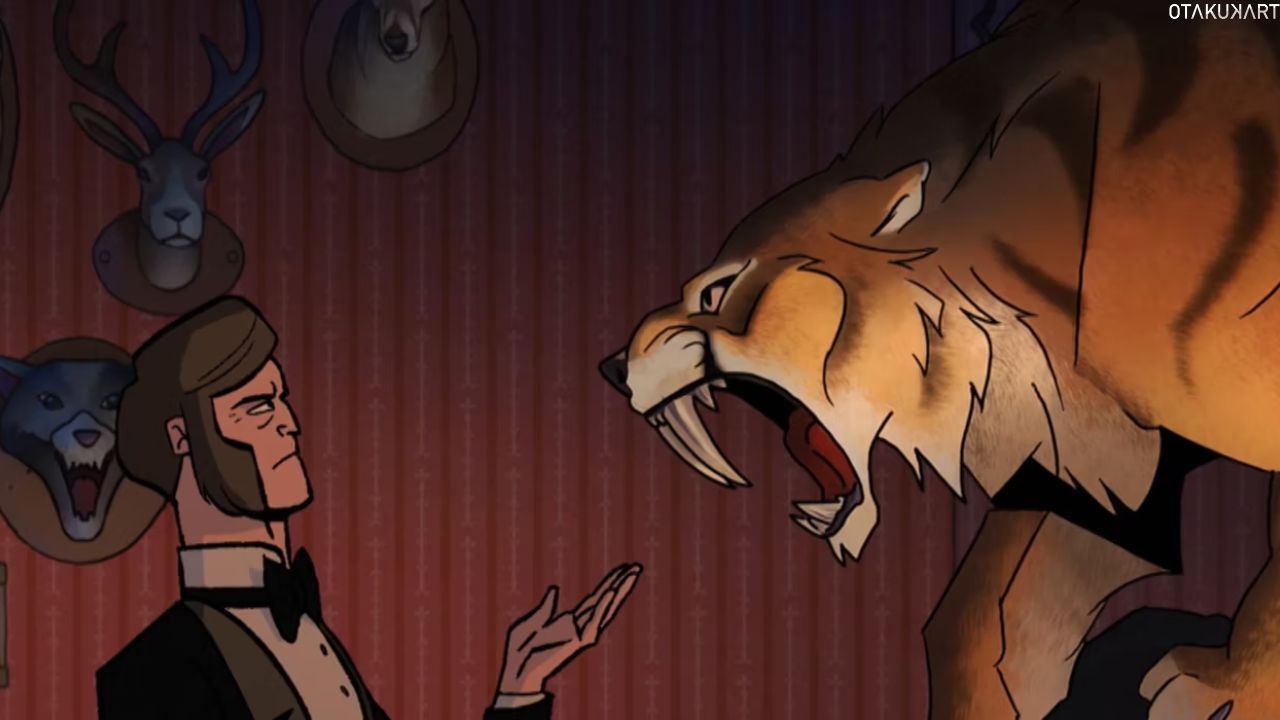 Spear had everybody’s heart and his death was the most disheartening!! However, in this article, we will see everything we know about Primal Season 2 Episode 11. Primal premiered on October 7, 2019, with a five-night event comprising the first five episodes. The second season of the show has officially concluded. The first two episodes of the second season, which was released once a week, debuted on Adult Swim and HBO Max on July 21, 2022.

The Adult Swim sitcom entered a genuine serialized story this year in Season 2, as the caveman-dino pair sailed through ancient civilizations to rescue captive Mira and flee from an angry Chieftan. The conclusion of the second season was most likely the most unexpected part of the show’s history to that point and, in many ways, seemed to be the end of everything. 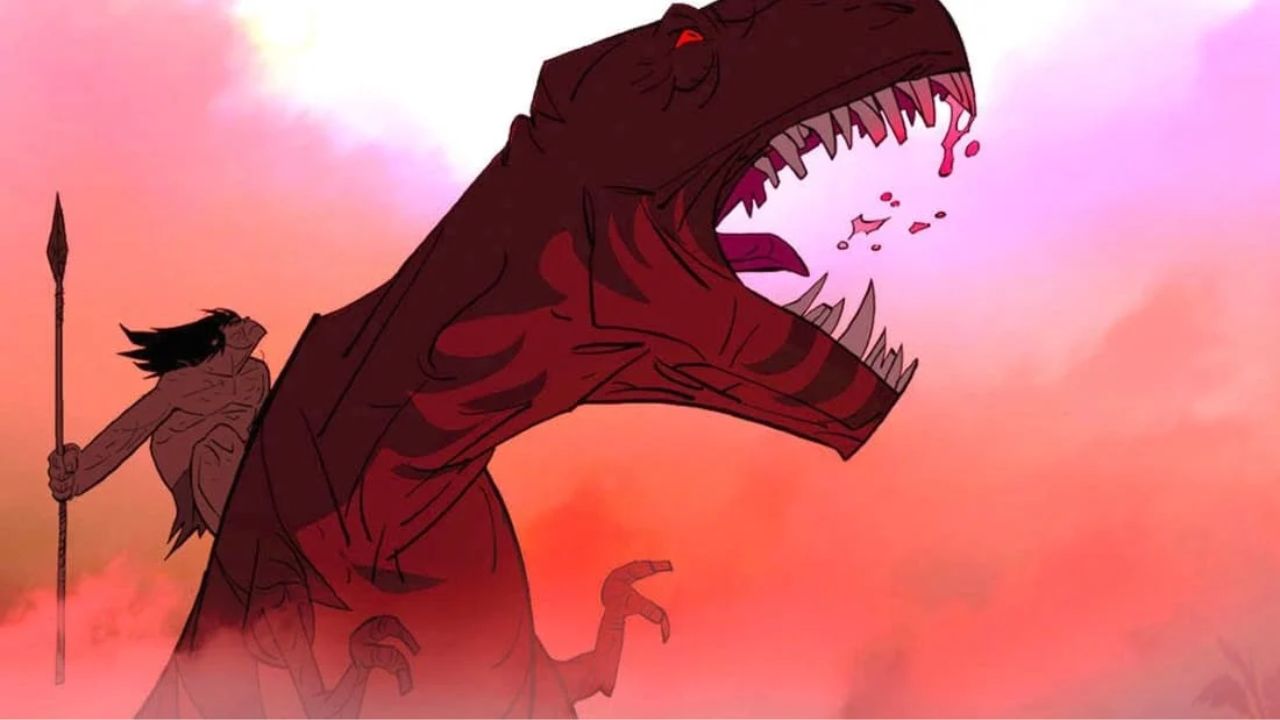 Primal Season 2 Episode 10 is titled “Echoes of Eternity” and it was genuinely the most heartbreaking episode and was legit a shocker for the viewers, wasn’t it?? The episode aired on 15th September bringing Primal Season 2 to its end. A father shows his kid how to paint a handprint on a cave wall in the first scene of the episode as we know it. The father is killed by saber-toothed cats after the father creates his work of art, and Spear becomes the new leader of his tribe after slaying the cats.

For A Short Time, Mira Was Happy!

The season-long plot thread of Spear and Fang, a T-Rex companion, freeing Mira from slavery is wrapped up in the conclusion. The arrival of Mira offers evidence of the presence of other highly developed cultures. She was happy too. Further, in a scene that appears to be in northern Africa, Mira finally makes her way back to her town on a mountainside. She is obviously delighted to be back with her people, despite the fact that going home brings back memories of deceased loved ones and the agony of her original slavery. 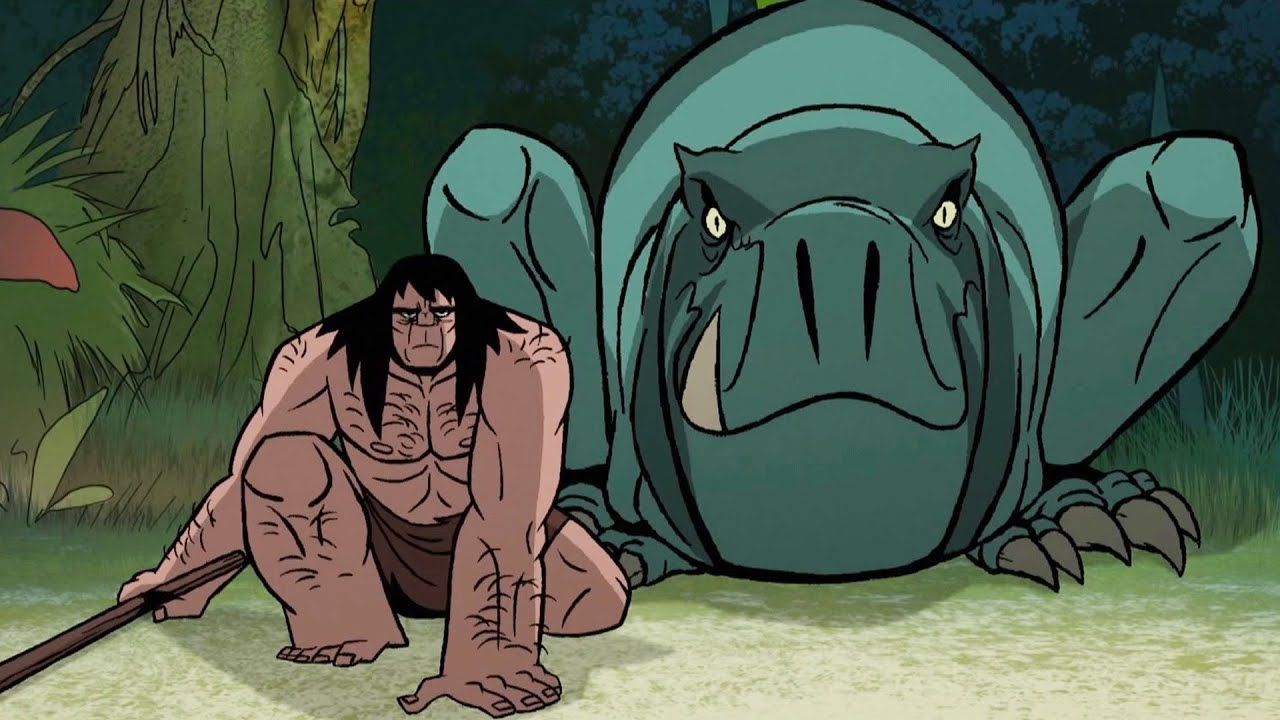 Spear looks at the bare walls of the vacant house Mira has chosen for Spear, Fang, and the dino-babies to sleep in, and he chooses to do what he did distant past in his cave which is to paint his handprint in the nothingness. The revived Chieftan pursues his prey as a furious fire giant. The Chieftan is then defeated by Spear by being thrown down a mountain. Spear fought all his life. It is a fantastic gesture of selflessness.

Spear, who is completely burned out, can only stutter Mira’s name once more. This scene breaks everyone’s heart. Spear has been horrifically burned and defaced, and the medicine man’s only option is to cover his dying body with leaves. On what may be his last night of life, Mira, nevertheless, is moved to have sex with Spear after taking more look at his painting. The saga of Spear and Fang is finished. Lilah, the daughter of Spear and Mira, is riding one of Fang’s grown dino babies as the episode comes to a close.  Those were some of the moments of happiness.

As of now, there are no reports about Primal Season 2 Episode 11, we expect the episode will not be happening anytime soon. Season 2 has kind of ended with its finale episode 10. Clearly, fans were full of emotions. However, rumors suggest that Primal Season 2 Episode 11 will air sometime in 2023. These are just rumors yet, FYI. But once we have a definitive response, we will be the first to let you all know.

Since the third season might follow new members, new storylines, and almost a display of where things could go next, Tartakovsky wants to go in a wholly distinct way from the end of the second season, which seemed to be a huge climax. For that, we need to wait for some updates regarding the new season. The third season of Primal may not yet be confirmed by Adult Swim, but series creator Genndy Tartakovsky has already begun to formulate new concepts for the show’s future.

However, this was all the information we had regarding Primal Season 2 Episode 11. Tell us in the comment threads below about your thoughts on the season’s finale. Keep streaming while keeping an eye out for updates in the future. Enjoy!!

Also read: Are Drake and the Weeknd Dating? All To Know About it