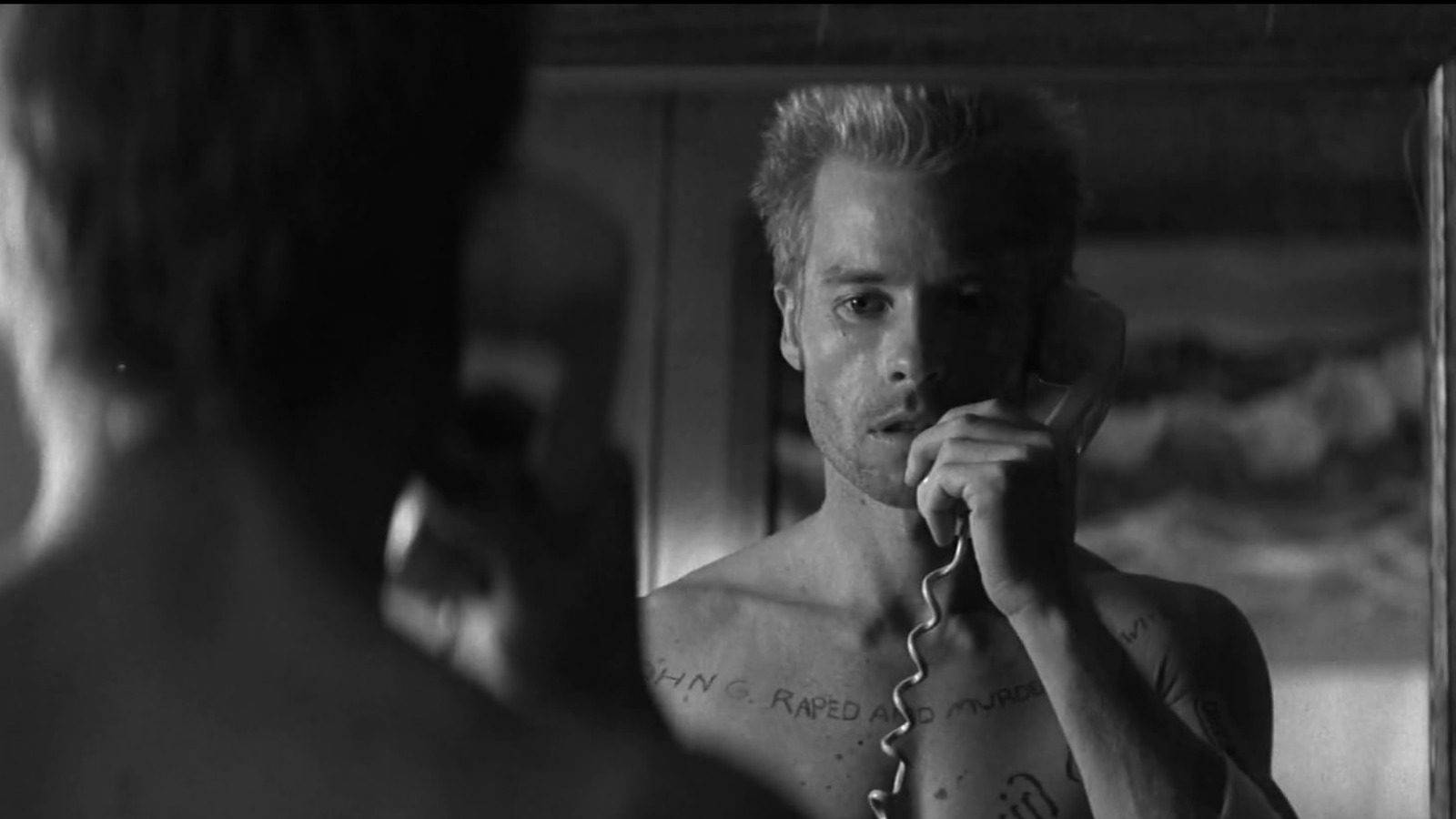 Memento ending has a bit of a twist, and we are here to explain it all. The film was released back in 2000. It gives us a dose of elements such as mystery as well as thrill. Christopher Nolan directed the story. The plot was inspired by the idea that Nolan’s brother gave him. The movie gives its entire focus to a man named Leonard Shelby. His role is reprised by actor Guy Pearce. We see that Leonard is suffering from anterograde amnesia. This means that Leo can not form new memories and easily forgets the recent ones.

Although, in order to take revenge, he has to kill the people who murdered his wife. With his condition, it is becoming even harder to find the people responsible for the deed. Although, he has found a way to do so. He keeps a track of polaroid pictures with captions to remind him of recent events. Leonard has also started tattooing his body in order to never erase the valuable leads he has found.

The story of Memento is played in a very different narrative. It flashes from various time angles throughout the film. The black and white series is shown in the proper order. The other part where we have color is set in reverse order. This lets the audience feel about the mental state of our lead character. At the end of the film, which we are about to discuss, these two narratives meet and make sense of the whole film. 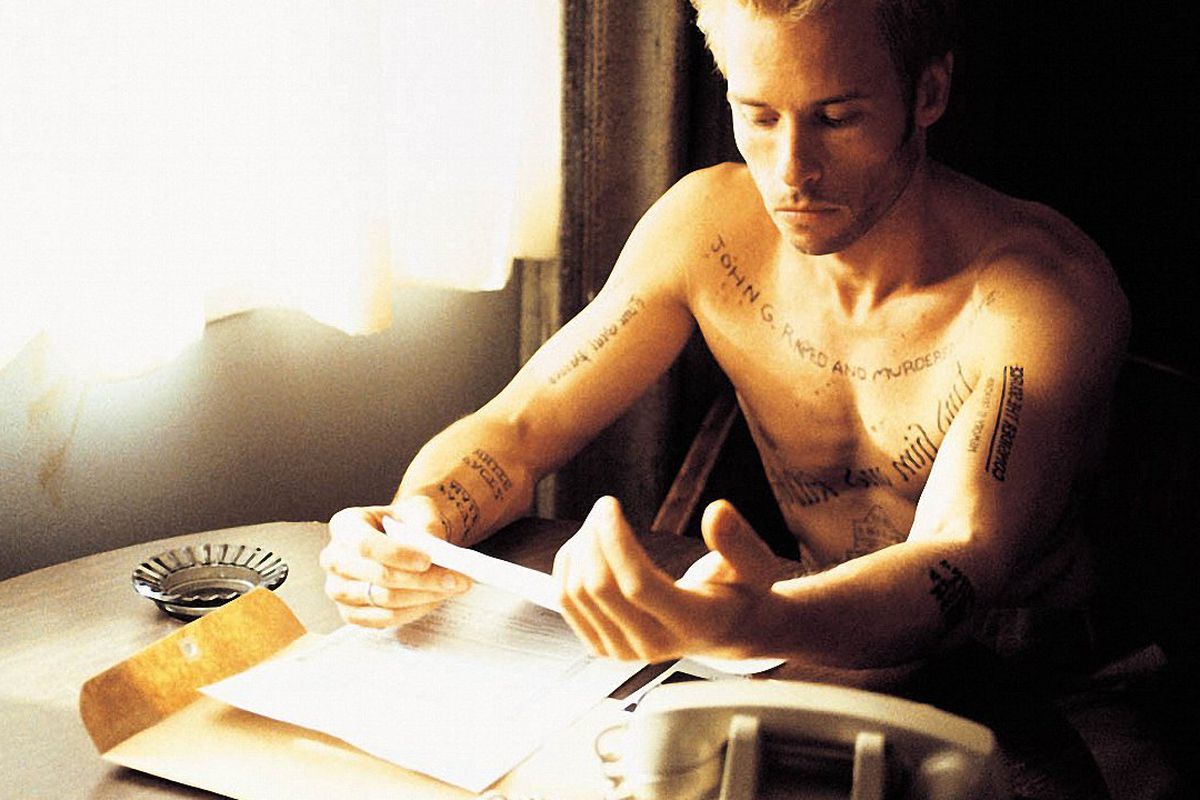 A still from Memento of Leo with his tattoos

The film was made on a budget of 9 million dollars. We can say that it did well commercially with an international grossing of 40 million dollars. The Library of Congress has selected this film to preserve it because of being culturally and historically or aesthetically significant. It is being preserved in the National Film Registry.

Other members in the cast include Carrie Anne Moss enacting the character of Natalie. Then we have Joe Pantoliano doing the part of Teddy. His real name is John Edward Gammell. Mark Boone Junior reprises the role of Burt. We see the story beginning with a polaroid picture of a dead man. Then, the film starts going back in time as we see how the man was shot in the head first. Then the narrative is changed as switched to a black and white one. Here is when we see Leonard Shelby, who is working as an insurance investigator.

He gets a call from an unknown caller in his motel room and receives it. His condition of amnesia happened after he endured an attack from two men. Leonardo then explains how he has killed the attacker who was trying to physically abuse his wife and kill him. Although, the second attacker hit him in the head and escaped from the place. As for the police, they do not believe there was a second attacker and dismissed his case. As for Leonard, he is pretty convinced that the name of the other attacker was either John G or James G.

How Did Leonard Punish His Wife’s Killer?

In the final black and white scene, which goes in chronological order, we see that Leonard has a meeting with Teddy. Teddy is an undercover officer who has come across a Jimmy G. He sends Leo to an abandoned building where he claims the attacker might be found. Leonard strangles the guy to death and takes a polaroid of the man. As the picture develops, we see the black and white scene transitioning into a color one.

We see that as Jimmy dies, he whispers about Sammy. Sammy used to be a friend of Leonard, who overdosed his wife with insulin, and she died. He had the same mental condition as Leo. As it turns out, the person who died was not the killer instead, it was Teddy who was setting him up for failure. Teddy shows up and reveals that Sammy is none other than Leonard himself, and he has created this fake story in his head in order to avoid guilt.

In the end, we see that Leonard now has another goal. He has to take revenge on Teddy, who has been playing him around for a year now. He gets a tattoo of Teddy’s license plate number and also writes on his body that the man should not be trusted ever.. Leonard then goes away in the car Jimmy came in. He knows that he will always have the power to retain enough consciousness about the world.