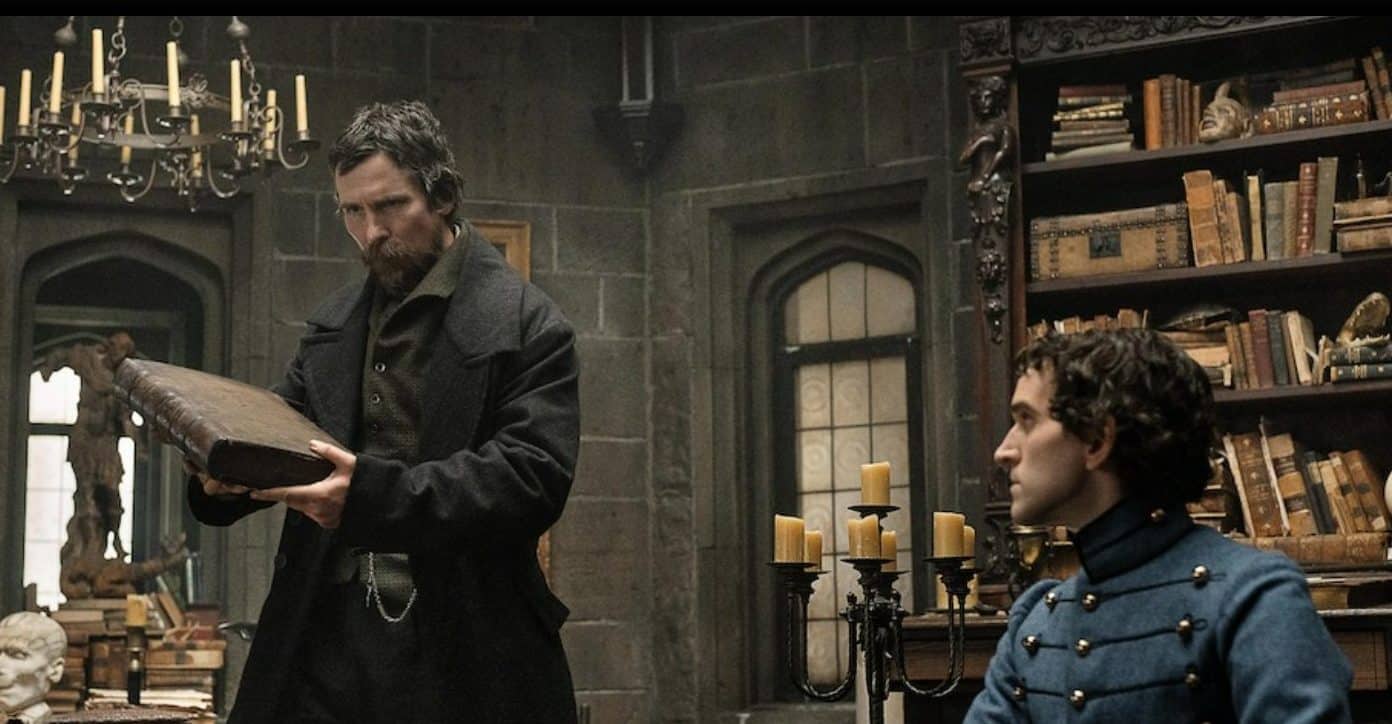 Is The Pale Blue Eye A Real Story?

Is The Pale Blue Eye a real story? The Netflix original recently debuted on Netflix and made headlines for being an entertaining thriller. The viewers who have already watched the film are excited to learn whether the whole film was inspired by some other fictional projects or has encapsulated only a few elements from the period and personality it focuses on.

The Pale Blue Eye stars Christian Bale as the perceptive Landor, whose job it is to solve a mystery at the American Military Academy in West Points, New York. Dealing with aspiring cadet Edgar Allan Poe, played by Harry Melling, the veteran investigator, is reliving the great writer’s life.

They think Satanists are killing young men, as evidenced by the discovery of Fry or Ballinger hanged with their respective hearts severed. Landor believes the coroner, Marquise, and his clan are responsible as he probes the case more and draws inspiration from Bale’s tenure as Batman.

After confirming that Poe will be dismembered and offered to the demon in return for stopping Lea’s seizures, he finally rescues Poe from the family. But there’s a big twist regarding who committed the crime and how their grief transformed them into a fanatic seeking retribution.

Is The Pale Blue Eye a Real story?

Edgar Allen Poe, an American author of detective novels and poetry, appears in “The Pale Blue Eye,” however the story is not based on a genuine incident. However, there are references to actual incidents in the life of the brilliant American writer throughout the murder mystery. 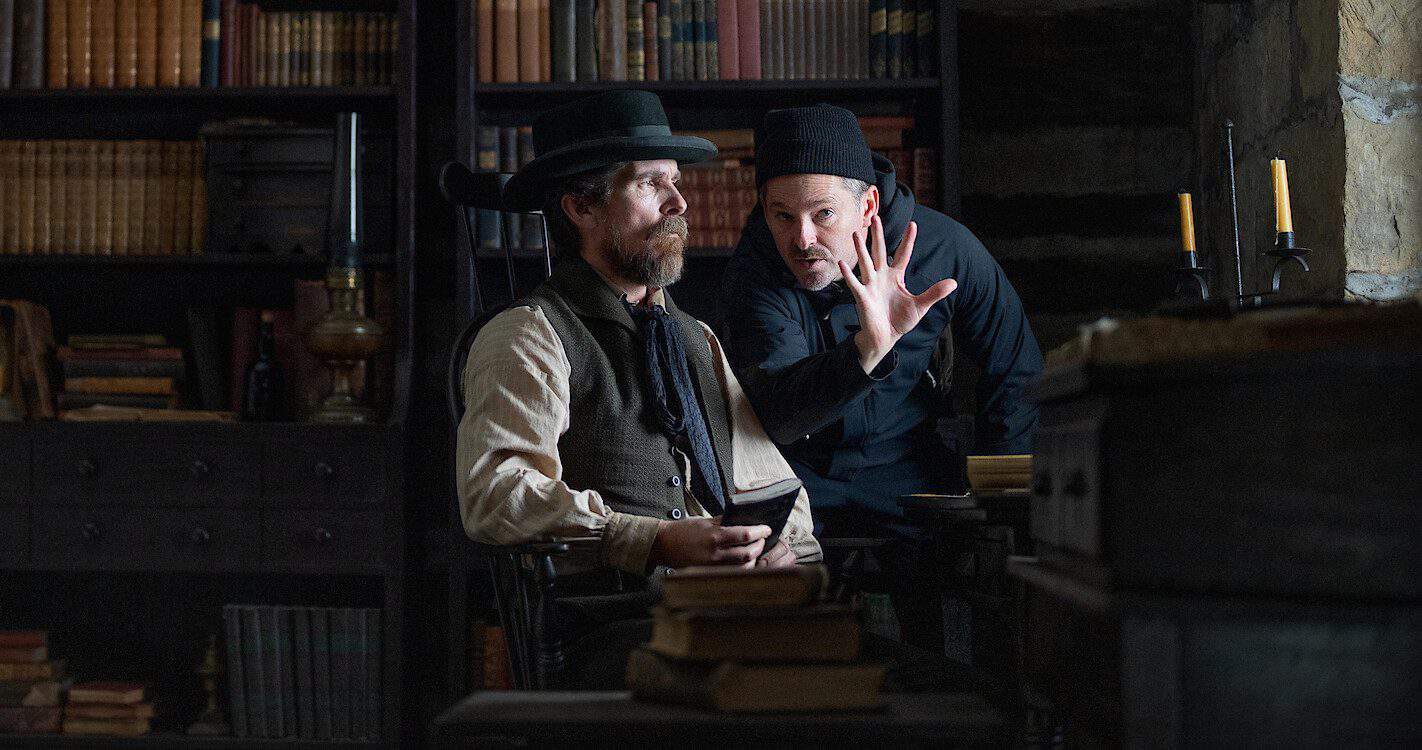 In “The Pale Blue Eye,” veteran investigator Landor is assigned to investigate deaths at West Point’s American Military Academy. Among the registered military students, Poe offers to help with the investigation, and Landor accepts his offer. Early in 1827, the genuine Edgar Allan Poe, then around 18 years old, enlisted in the US Military under the name “Edgar A. Perry.”

Very Early on in his Time in the army, he alternated between Massachusetts and Virginia, but eventually, in late March 1830, just at age of 21, Edgar enlisted at West Point. Early in 1831, he left, and in March of that year, he was legally fired. Although Poe attended West Point, producer Scott Cooper said, “In fact, this is a piece of fiction.”

Poe did register at West Point, but that is the extent of the author’s involvement with the fictional academy. Cooper stated in the liner notes for the movie that “Although Poe was only around West Point for six months that too after getting sent out, I’m knowledgeable of no murders taking place there.”

Cooper’s appreciation of Poe’s writing was a major source of inspiration for “The Pale Blue Eye.” The native Virginian stated that his father was to blame for his fascination with Poe. Poe entered my universe at a young age since my dad taught English, and then there was a large amount of literature scattered throughout our home.

I was just enamored with his writings. The Pale Blue Eye is set in the final seven months of Poe’s short spell at West Point when he was court-martialed for flagrant disregard of duty and expelled from the institution. According to Bayard, the court-martial papers are the only ones that still exist.

“The remainder just needed to be filled in,” she said. According to writer and director Cooper, “it was pretty evident that Poe’s sentimental and poetic ideals were not a suitable fit for West Point life.” In fact, as Melling learned, Poe’s reasons for enrolling in the military college clashed with the reality of his new profession.

Bale in The Pale Blue Eye.

Cooper identifies his passion for Poe as the source of the movie’s motivation. Cooper informed the journalists, “All I’m suggesting is that these happenings in our movie assisted Poe in defining his perspective and helped him become the poet he became.”

His gloomy romanticism is characterized by recurrent themes involving death, the consequences of disintegration, the zombie infestation of the dead, and grieving. Poe had already lost his adoptive mom Frances Allan a year earlier, as was shown in the film.

Due to their shared loss—the detective had already lost his daughter and wife, and Landor became close. The bond between the two main characters in the film is established thanks to these exact details. So, although the film is based on a work of fiction, since it focuses on a real-life personality and thus it had to resort to including all the personal life details of the said personality and the period it was set in.