Apple TV+ has recently revealed its planned schedule for its forthcoming original series, shows, and movies. It’s only been like a year since the Apple TV+  streaming service has been made available. This is also the reason why this online platform currently does not offer a wide variety and number of series and shows. But to your joy, Apple TV+ is all set and prepared with numerous original plans lined up from the year 2021.

This online streaming platform runs classic series like, ‘The Simpsons’ which is not available on other OTTs. The recent announcement disclosed the production and premiere date of nearing shows namely, Losing Alice, The Morning Show, See, Cherry, Tehran, Foundation, Truth be Told, Servant, Calls and the list continues. Upcoming series, Calls’s official trailer was released by Apple TV+ this Wednesday on 3rd March 2021.

‘Calls’ very thrilling trailer gave the audience some serious chills. This drama series revolves around a Mystery Thriller genre story. This impressive trailer was released by the official Apple Tv+ on Youtube. It is nearly a 2 minutes trailer that actually rose every ounce of interest and everyone wished the trailer continued. It actually left us hanging.

Well, now the breakdown. This 1:40 minutes trailer commences with a clip popping ‘An Apple Original’ on the screen. Every slide of this short trailer has a graphic bright blue and neon-colored background. The next screen switches with two names and a part of their strange and frightening phone conversation. This continues with different names and different phone talks. Few scary, thrill, and unusual phone call exchanges. Where a phone call between Kaya and her dad Captain Perry is recorded. Kaya says, ‘Mommy’s crying in her room. She said you were on a trip and that we might not see you for a long time.’ To this, the dad with a weird laugh replies,’ What?’

Another phone call record reveals Camila telling Tim sounding worried,’ OMG, I can’t find the baby. Please stay on the phone with me.’ The next story involves Darlene on call,’ Can you hear the words I’m saying right now? Do not come here.’ Another instance where Ana speaks to Floyd, ‘ We’ve had a lot of strange calls.’ Similar questioning calls are heard in the trailer. The words captured- 9 Immersive Calls, 1 Connection make the concept even more interesting.

Read: Top 10 Animated Movies To Watch If You Loved Tarzan

Apple TV+’s latest, in the works release ‘Calls’ is a French series-based, online French-American drama. It is based on Timothée Hochet’s written French TV Drama- ‘Calls’ which covered tragic events covered on phone calls, police rescue calls, tapes. It is basically an adaptation of the original French, Calls. The first announcement in this regard was made officially by Apple on June 21, 2018. Apple back then reported that ‘Calls’ first season would consist of 10 episodes.

‘Calls’ is a Hochet creation based, directed by Fede Álvarez, and lastly Apple TV+ along with French Network Canal+ Productions. It is a mystery and thrill genre blend with a plot where ‘audiences listen to real-life audio sources and minimal visuals to experience nine bone-chilling, short-form stories.’It will comprise nine different episodes. Each episode will be a 12 minute one. Nine different stories revealing a mysterious, unusual, dark short incident covered on real-life surreal phone calls. The series will be available on the Apple TV app. 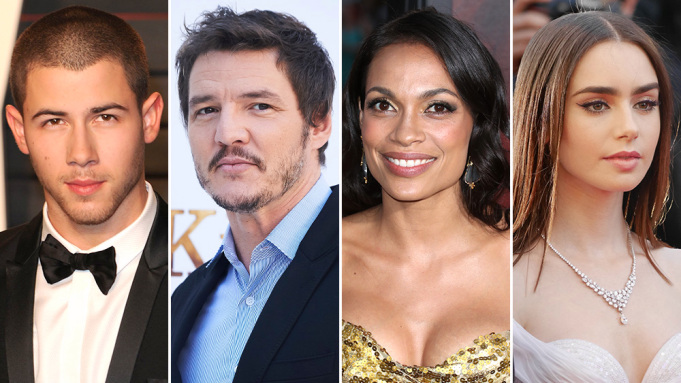 Also Read: Nick Jonas Departs From The Cast Of BlackSmith