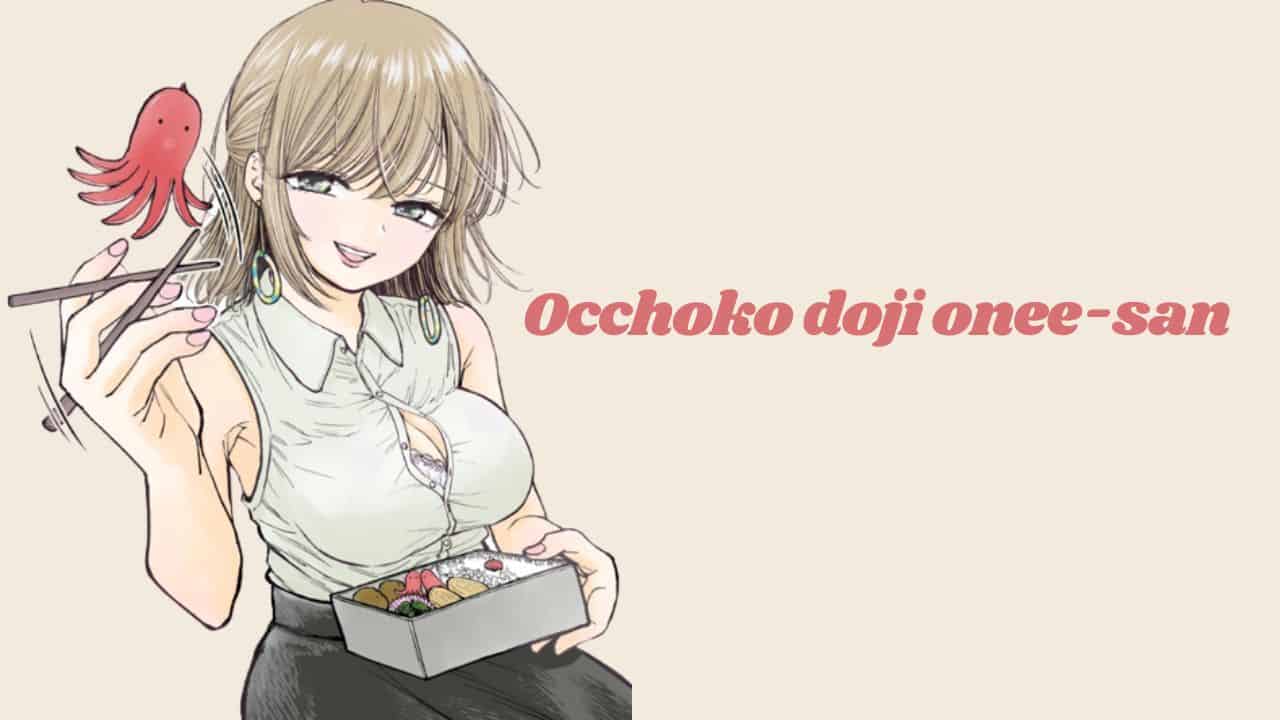 Occhoko Doji Onee-san is a slice-of-life rom-com manga that got serialized on comic days on November 11, 2022. This is the debut manga of mangaka Chihiro Kurachi, but the manga has been receiving positive reviews so far. Occhoko Doji Onee-san, as the name suggests, is about an older girl who develops a fondness for a high school boy. Occhoko is very clumsy, and no one has ever given the kind of respect high schooler Naoki gives her.

Occhoko finds it hard to decline his feelings for her, and this odd relationship between these two duos begins with lots of ups and down. As they begin to get to know each other, they discover they both share many hobbies and begin a journey of self-discovery and friendship. Occhoko learns how to express herself better and embrace her true self through her friendship with Naoki.

If you have been following this manga lately, you must be excited to know when the next chapter of Occhoko Doji Onee-San will be released. Guess what? We have collected all the information for the latest chapter just for you. So without wasting any more time, let’s get right into the manga’s story.

Occhoko is a beautiful young woman who works at a bookstore, and because of her beauty, she is pretty popular among teenage boys. Naoki is a teenage boy who has had a crush on Occhoko for the past six months, but because of his shyness, he cannot convey his feelings to her. 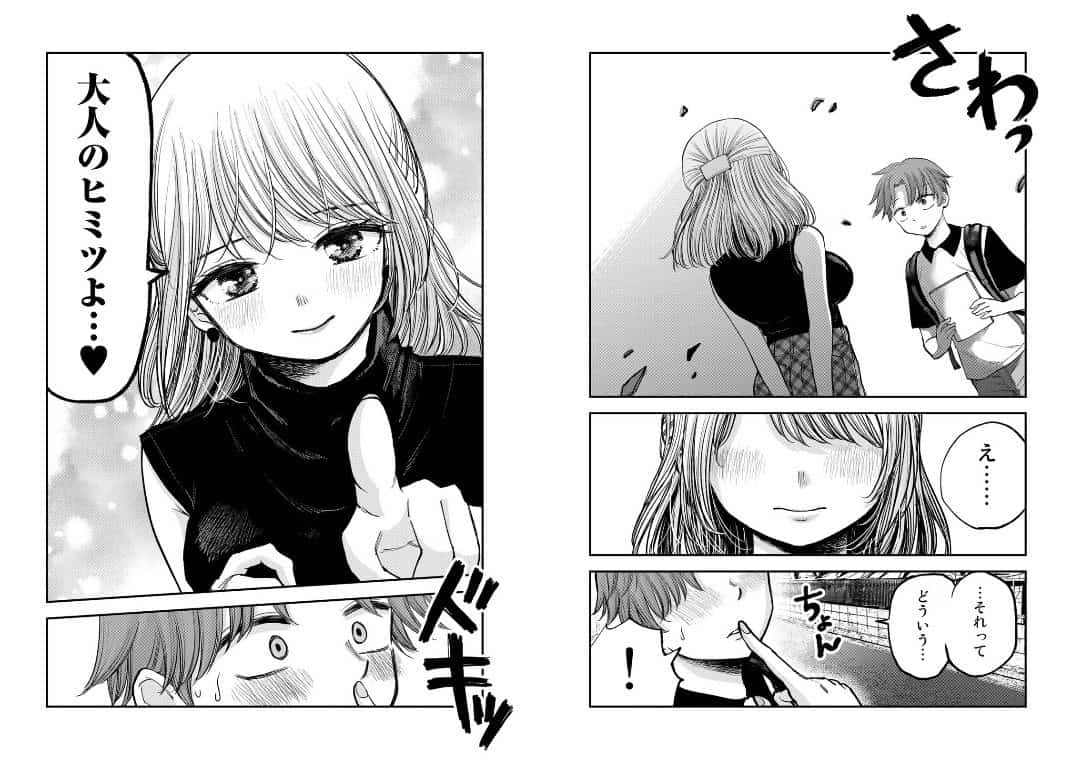 However, one day Naoki’s friends support him, and he finally asks Occhoko for her contact information, but Occhoko declines his request as she is in the middle of her work. Occhoko slips her contact information inside the book; however, she mistakenly gives Naoki another book. When Occhoko goes outside the store to provide him with his book, Naoki asks her on a date, and Occhoko agrees.

She also tells him that she has slipped her contact information inside the book so he can contact her. When Naoki searches for her contact, he discovers that it’s not Occhoko’s Id but some scary-looking random guy’s Id.

Back in the store, Occhoko realizes that she mistakenly gave Naoki her manager’s Id instead of her own. What do you think will happen to this awkward and weird duo? Will their date be a success? Do read the manga to know more about Occhoko and Naoki’s story. 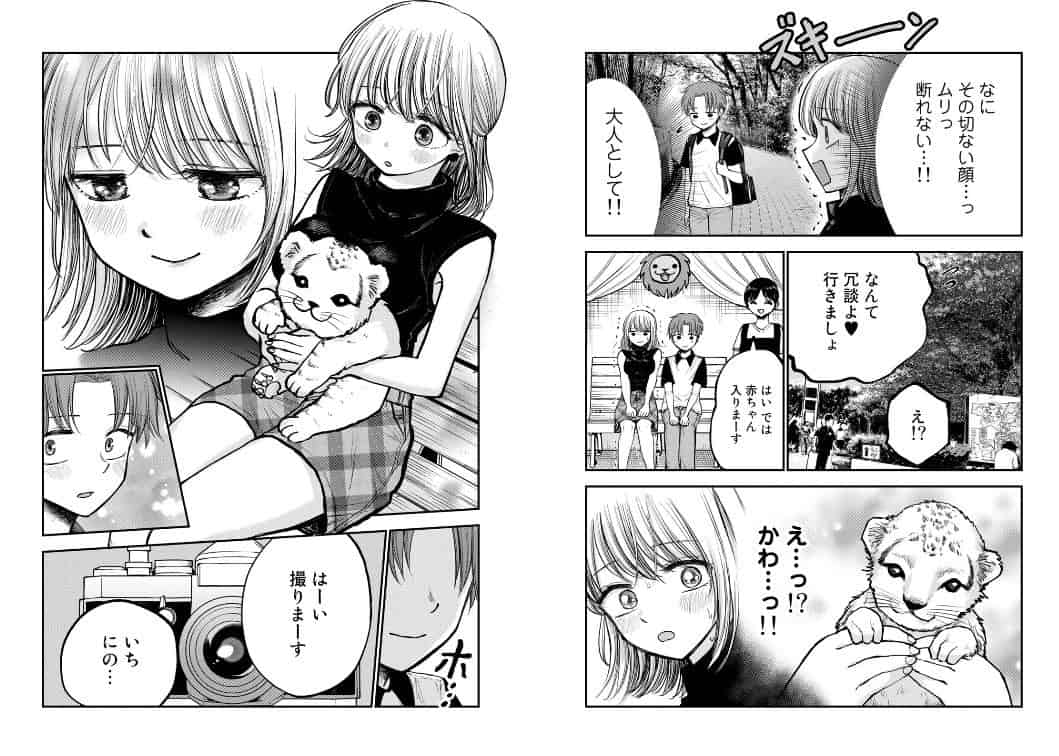 Iku suggests she date someone dependable as she is a clumsy girl. Occhoko shares her insecurities with Iku. Occhoko is afraid that, at one point, she will betray Naoki’s expectations. Iku asks her what she even like about a high school kid. They are so random and weird. Occhoko then accidentally sends her beach wardrobe malfunction picture to Naoki.

In the previous chapter, it was revealed that Naoki is Iku’s younger brother. Iku being Occhoko’s best friend will change the dynamics of Naoki and Occhoko’s relationship since Iku was not very supportive of Occhoko dating a high school kid before.

What will happen when she learns that Occhoko is dating her younger brother? Will she support the two of them or break her friendship with Occhoko? How will Occhoko save her friendship? We will find out more about their friendship and Occhoko’s relationship in chapter 5 of Occhoko Doji Onee-San.

Occhoko Doji Onee-San Chapter 5 is scheduled to be released on January 24, 2023, at 8 PM. To catch the release date of the next chapter, check out the timezone-wise schedule below.

Readers can find Occhoko Doji Onee-San Chapter 5 on comic days, but comic days are only for Japanese readers. So for English readers, scanlations will be available on discord. You can join the discord channel to find the latest chapter.