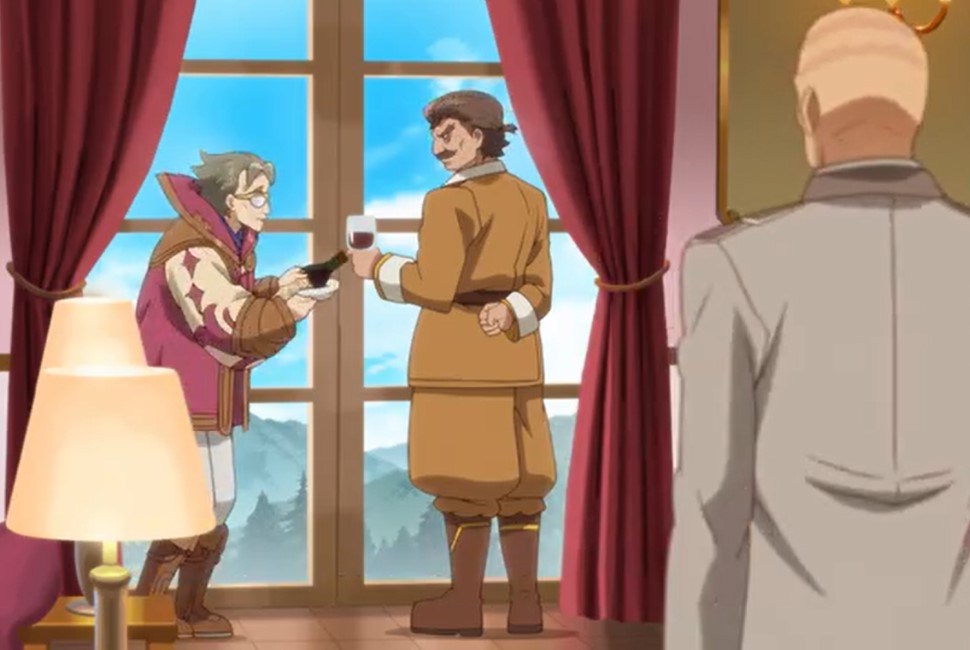 Quinone and Mena are sent out on a mission, and they encountered unconscious soldiers in the woods. Quinone is glad that the guy is still alive, but she is wondering why he has no wounds. Mena picks up the guy, and they head back talking about the bonuses they are going to receive. In the morning, Riho confronts Lloyd talking about their long break. She reminds him that it is starting tomorrow. Riho asks if he is not busy; she is wondering if he wants to go horse racing.

Selen was nearby listening, and Riho notices her. Riho stops talking with Llyod since she knows that she might end up in trouble with Selen around. She asks Selen why she is here, and Selene told her about her first major vacation. Her family has summoned her, and those Lovely-Dovey hot spring date plans with Lloyd are ruined. Selen asks the two what she will do if they told her to stay home. She then realizes that she will create chaos the will make them send her back.

Suppose a Kid from the Last Dungeon Boonies Moved to a Starter Town? Episode 8 will be released on Monday, 22 February 2021, at 10:00 PM JST. You can access more updates on AnimeLab and Funimation. 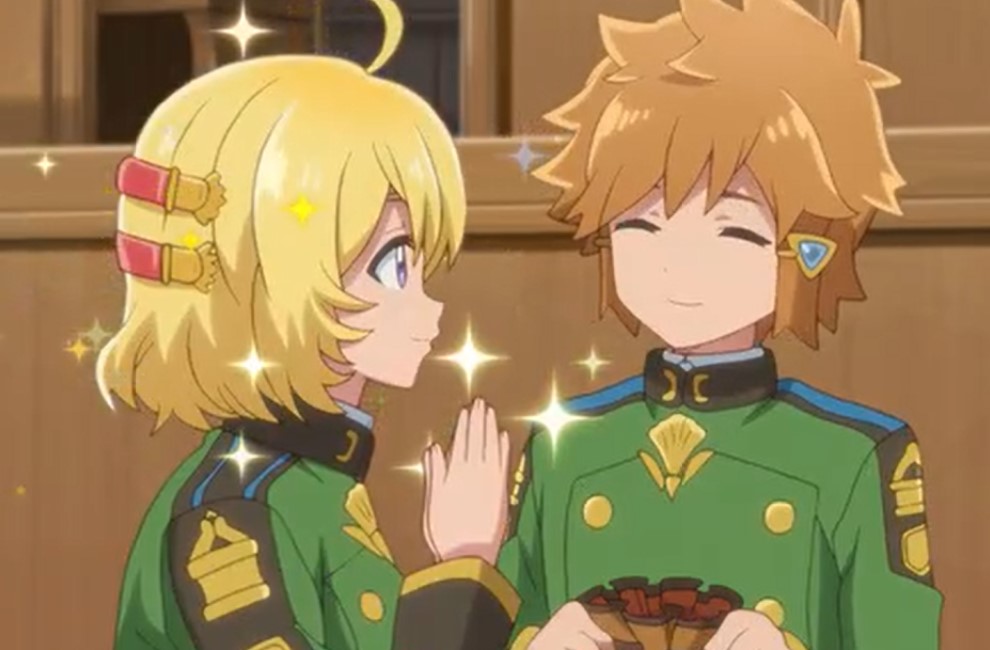 Previously on Suppose A Kid From The Last Dungeon Boonies Moved To A Starter Town? 7

Selena is glad that if her plan works, she will spend some romantic times with Lloyd. She asks Lloyd if he is willing to go with her on a lovely date. Lloyd replies that he has some other plans to do. He also said he feels honored to be invited and Selen said it means he will come next time. She also asks if it means he wants to get married. Riho asks how does marriage comes into this? Selen is crazy as always.

Selena replies that Riho can say that but what washer intentions in asking Lloyd on a date. Riho looked away and said it was not a date, and Allan arrives. Allan said he would be the one to be with Lloyd during the vacation. He reveals that he has business he cannot get out of. Lloyd asks Allan what kind of company he has, and he said it is a formal marriage interview. The girls are bored by Allan’s talk, trying to ruin their plans on getting Lloyd.

The two drag Lloyd outside, and Riho said they must not take Allan seriously. Selena comments that Allan wants their attention. Allan yells that they must show a little interest in him. Later Lloyd went home and find that Marrie and Alka are were sparring. The one who wins will go on a vacation with Lloyd. But the two comments that they have some conversation. Lloyd said that he would spend his vacation doing a part-time job.

The two fall down on their knees realizes that their plans have failed. Marie and Alka realize their sparring was just for nothing since Lloyd has other plans. Marie asks Lloyd if he is planning to be working at Chrome’s cafeteria. Lloyd said yes, revealing that Chrome has introduced him to a big hotel. The hotel is lacking out staff members, and it will be throughout his whole vacation. Alka complains about why it has to be Lloyd. 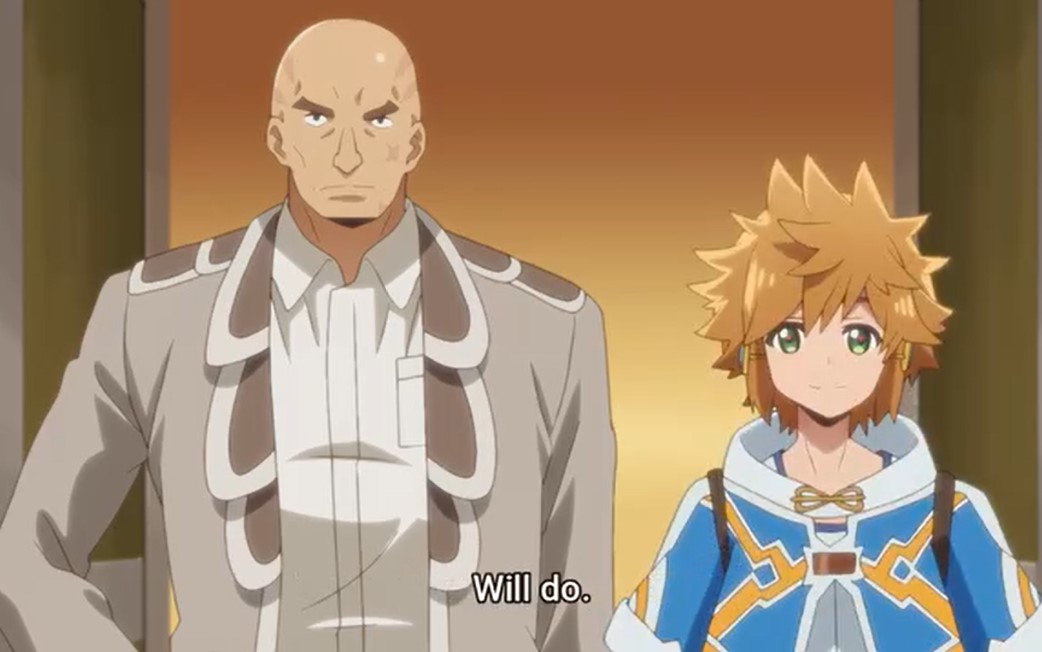 Marie asks, why can’t Chrome go? And Lloyd charms the two with his sweet talks. They fell for it and decided that they will also have a short trip. Lloyd realizes that the two want to follow him. He told them he wants to do it alone, and he knows that they’re worried about him. He wants to learn things on his own and learn to live independently. Later Lloyd headed out and reached the new hotel he is going to work on.

The mighty guy standing at the gate of the hotel felt the presence of a beast. He thinks that he is dead, and he never felt this powerful presence in his life. He is wondering what’s it, but Lloyd shows up behind him. The mighty guy jumped away and started crawling, but he notices that it is Lloyd when he looks back. Heis wondering why such an innocent skinny guy possesses so much power. The guy to Lloy that he is the owner of the hotel and he is Cadin.

HewentwithLloydshowinghim around the hotel and met with a lady. She will show Lloyd how he is going to work. When she’s busy explaining how he is going to clean the hotel, Lloyd finishes cleaning in two seconds. He told her that he is done cleaning. She comments that she knows Lloyd loves to joke around. When she looks inside, she is stunned at how he did it. She started to wonder where Lloyd’s strength comes from.

Suppose A Kid From The Last Dungeon Boonies Moved To A Starter Town? 8 Preview

Take a look at how the Interschool match took place on this link: Suppose A Kid From The Last Dungeon Boonies Moved To A Starter Town? 7.